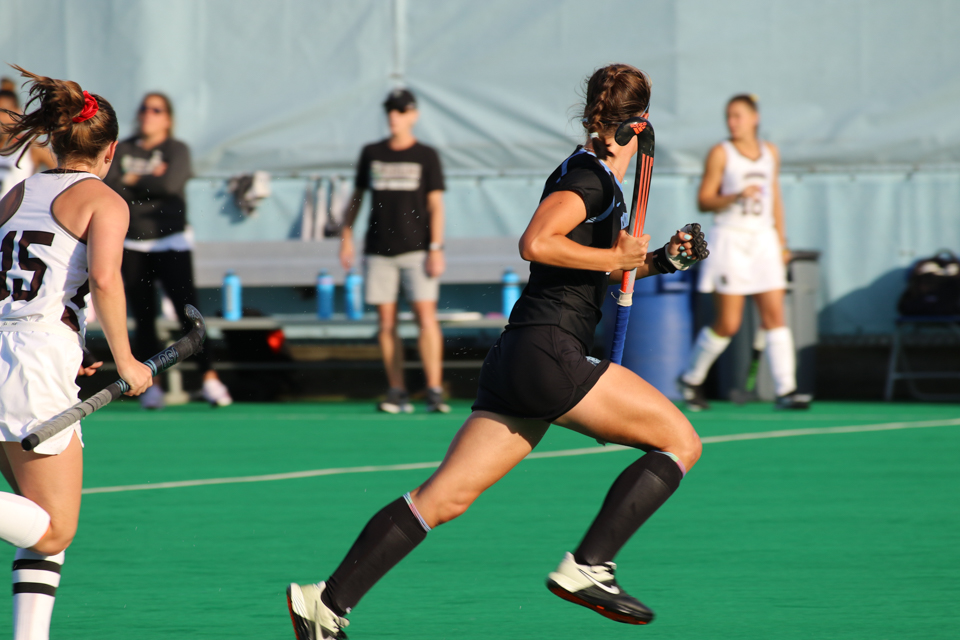 When the spring 2021 Ivy League season was canceled, student-athletes had to grapple with being stripped of a part of their identity. For many, the cancellation meant the loss of another season, and for seniors, it meant the premature ending of their collegiate athletic careers.

Yet it was not all gloom, as the Feb. 18 cancellation had no implications on beginning phased activity, which was announced in a Feb. 11 email sent to student-athletes from Athletic Director Peter Pilling. The decision surprised those who doubted the possibility of any in-person activity being allowed. For the Columbia field hockey team, plans to take advantage of phased athletics had already been in place.

Many of those plans centered around designing and eventually transitioning to COVID-19-safe training programs, which involved collaboration between the team and strength and conditioning coaches. This preparation between the coaches and the athletics department allowed for a more seamless shift.

The beginning of the team’s training program focused on reacclimating, as “some people really couldn’t get outside at all,” head coach Katie DeSandis explained. “So this first week that we’re entering into our phased activity is just a lot about getting our legs under us and seeing where we’re at.”

In order to accommodate athletes who might not have had adequate access to equipment while away, the team has adopted slower-paced training methods with “lots of breaks in between” and bodyweight exercises with the strength and conditioning staff.

To ensure maximum safety, the team is abiding by Columbia’s COVID-19 protocols and has created small pods of players who train together. Athletes have also practiced social distancing within these pods while training.

“[Practices are] a lot more individualized and working on ourselves and the little aspects that translate to the bigger picture when you’re playing potentially as a whole team,” first-year Tara Smith said.

Smith said that she feels safe with the protocols in place and that “it’s really nice and refreshing to know that everyone cares about keeping the Columbia Compact in that way and keeping our eligibility to continue playing for the rest of this semester.”

According to DeSandis, most teams have had some form of competition or training throughout the year. That is why, she said, this phased training period is so crucial for field hockey players, who have not been able to compete in over a year.

Due to COVID-19 protocols, the team is focused more on individual skill work as it has been unable to simulate any in-game action during practice, as field hockey involves substantial person-to-person contact. Still, DeSandis sees any semblance of play as extremely positive for the team. The team is just excited to be together and play any hockey, she explained.

Despite field hockey’s nature as a contact sport, the team has been able to do individualized, socially distanced drills: many of which involve getting used to the basic motions of the sport again.

“We really don’t need to worry about interacting or touching because a lot of it is just getting the feeling of our sticks back and moving on our pitch,” DeSandis said.

Beyond the physical benefits of training in person, being around teammates has also been hugely beneficial for team chemistry and morale. This is especially true for many first-year athletes—this phased training has been their first introduction to Columbia Athletics.

The hiatus also made Smith more appreciative of the opportunity she has to play field hockey.

“I think it’s important because we as athletes represent the University,” she said. “We’re so happy to be on the field as always and by being allowed to be phased, we’re getting to do what we love most and I think that now, with everything going on right now, it allows us to appreciate our team more.”

And while the circumstances are not ideal, the allowance of phased in-person practices has reenergized coaches and players, which they hope will carry over into next year.

“Now that it’s back, I can see that it’s just made the team blossom,” DeSandis said. “So exciting, so positive, and that’s the true piece of what we’re trying to do here.”