‘Skaters,’ an Olympian, and Me
By Juliet Tochterman
This past summer, I attempted to learn how to skate and immerse myself in the surprisingly exclusive New York City skating community. Since Alexis Sablone, a 2008 Barnard graduate and one of the best professional female skateboarders in the United States, developed her professional-level skating while at Columbia, I assumed that I could at least learn some basic skating skills and perhaps find a skate community to be a part of on campus.
... 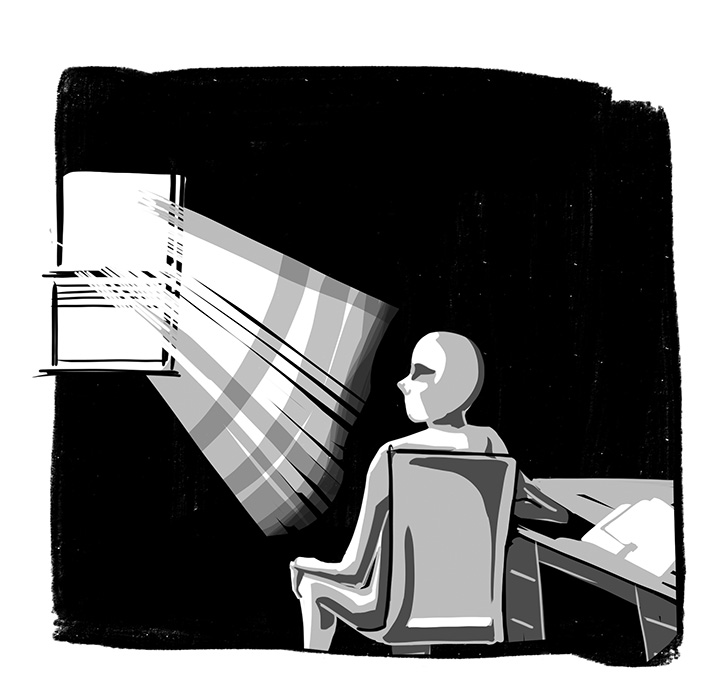 Working hard at being happy
By Luke Foster
Columbia isn't a very restful place. Frantic faces and drooping heads fill Butler every night, and denials of having been able to complete Contemporary Civilization and Literature Humanities readings are commonplace. Everyone thinks wistfully of those magical days of NSOP when we thought that we might actually leave campus to see the city sometimes. There's a restlessness, a tone of desperation, in much of our campus political activism, too. It's nearly impossible to make the effort to listen to and respect a political opponent when you simply don't have the time or energy.

I actually do have one friend who regularly sleeps eight hours a night. He usually goes to bed at 10, but admits that he does occasionally stay up until 11 when someone asks him for help on homework. Hearing about such incredible discipline—coupled with selflessness—gave me pause. I had to wonder how I could lead a more restful life and thus have the energy to better serve this community that I love.

Many of the manifestations of restlessness are staples of our university culture that we share as Columbians. There's that lamentably pervasive feature of our conversations: one-upmanship in exhaustion. "I stayed up till 4 last night! SO freaking tired today." "Oh wow! That's crazy... I didn't go to sleep till 7 'cause I had a paper to finish." Some features are specific to this great and terrible city we live in. New York, after all, is a place where the buildings block the sky, green space is considered economically unproductive, and the spirit of careerism seems to haunt even the most idyllic sidewalk cafés. In short, our particular circumstances make stress a way of life.

But I think there are also aspects of this restlessness that are specific to American life. America has been known as a place of energy, opportunity, and drive since before Alexis de Tocqueville. De Tocqueville is astute and prophetic in addressing this topic, as he is on so many other questions. He calls the great difficulty Americans have in being content with the status quo as one of the great strengths of democracy, because everyone has an opinion and works toward a certain vision of public life. But the flip side is a community-eroding restlessness that makes contentment rare and precious: "No one can work harder at being happy than Americans do." Certainly both the good and bad of this democratic ferment were visible in last year's election cycle: the passion, dedication, and genuine public-spiritedness, yet also the cynicism, backbiting, and apocalyptic rhetoric from both parties.

What can we do to recover rest, both as the committed, driven, high-achieving, and enormously competent individuals that we are, and as the caring, generous campus community that we'd like to be? Partly it's a matter of prioritizing: I'm increasingly learning—the hard way—that eight hours of sleep needs to be a bare minimum commitment in my day. But I think there's a lot more to finding rest and peace than just good scheduling. A dear friend who graduated last year—one of those terrifyingly scholarly people who got a degree in philosophy, religion, and medieval and renaissance studies—enlightened me. He's Catholic and he loves liturgy, the ritual prayer and worship of Mass. He applies that idea to the frantic urgency of everyday life. It's vital to find little rituals—those small, time-inefficient but personally meaningful acts that can lend a sense of sacred dignity to our days and our relationships.

This could involve baking for your friends instead of the much quicker, and more impersonal, Ferris-raiding. It might mean building a friendship with the gentleman at your favorite halal cart instead of treating him merely as an economic means to the end of your full stomach. It might even mean founding a club with friends to read Winnie-the-Pooh aloud to each other on Low Steps. My favorite "everyday liturgy" is reading an article in a beloved magazine before I fall asleep. I'm usually so exhausted by that point in the night—or early morning—that I just want to flop into oblivion. But reading reminds me of who I am and what I stand for, which is an even deeper kind of rest than sleep.

Even better for long-term rest is finding an overarching meaning for your life. We all live day to day finding temporary meanings—looking forward to some treat or striving to finish some assignment. There are also those medium-term meanings that drive us: getting into med school or impressing the interviewer for a dream job. But these things come and go, and their absence can leave us more wasted than any land that T.S. Eliot ever wrote about. It's vital for sanity and survival and the ability to thrive to find a larger purpose, a deeper ground for meaning, and a stronger source of joy. For me, I understand who I am and the story of my life in terms of the hope of Christ's resurrection. And that's why I'm taking time from the myriad papers I should be writing to celebrate Easter this weekend.

Whatever your purpose or ground for meaning, I hope you also take time to celebrate and rest, my beloved Columbia.

Luke Foster is a Columbia College sophomore. He is vice president of Delta GDP, head of content for the Veritas Forum, and a member of Columbia Faith and Action. Foster the Core runs alternate Mondays.

Ready-Made
By Columbia Daily Spectator
Before moving to the U.S., I can only recall one instance during which I felt profoundly uncomfortable expressing my opinions to the people around me. It was in the seventh grade: for fear of being ostracized by my new friends, I could not bring myself to tell them that I had actually hated Titanic.
...
ADVERTISEMENT
From The Blog