All is Scary and Bright
By AJ McDougall
I woke up on a hospital gurney three days after Christmas. This was 2018: I was younger (a given) and dumber (another given). I had worn a black dress and heavy eye makeup to go out the night before, which was now horrifically smudged, and the state of my face suggested that I’d taken a narrow strip of sandpaper to it. I came to slowly, with a growing awareness of the heaviness of my limbs, in a ward full of people older and sicker than me. Eyes open, I didn’t move for the next hour or so. I wanted to fade back into oblivion. I knew full well what I, in my lightly blood-spattered black dress, looked like to the elderly man with the fractured arm in the bed next to me.
... 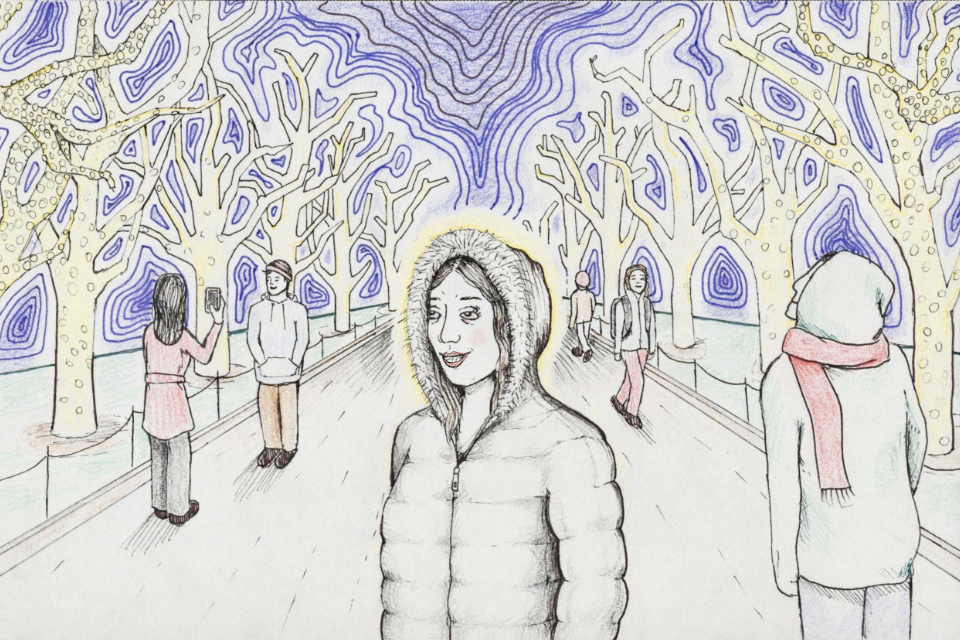 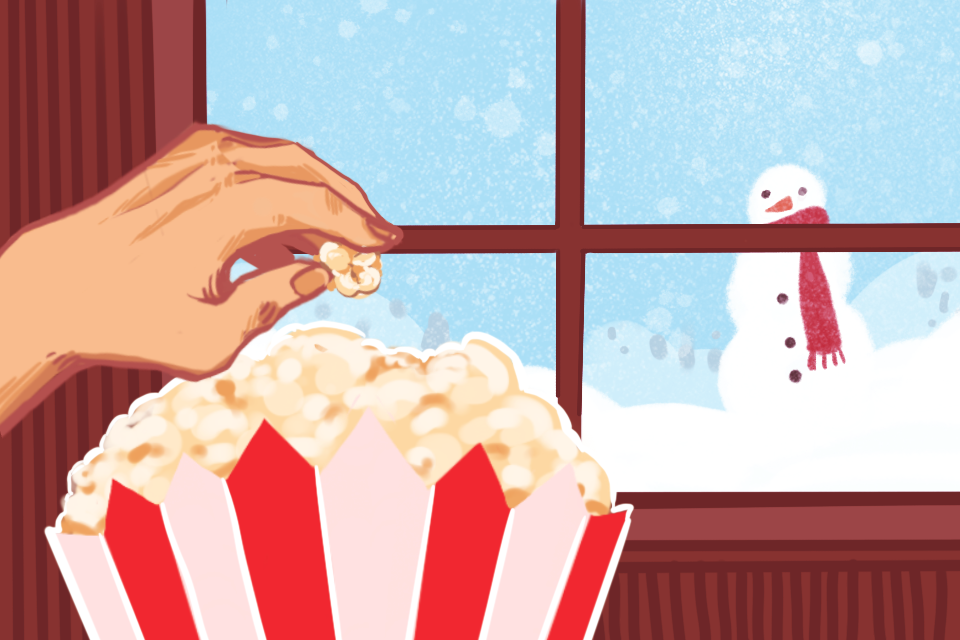 Alternative holiday movies worth checking out this winter break
By Jane Mok
The countdown to winter break has started, and we’re only a couple more finals away from packing up our bags and heading home without the stresses of work for the month. Whether you’re celebrating Christmas, Hanukkah, Kwanzaa, Dongzhi, or just the comfort of a restful winter, you’ll probably have a generous amount of time on your hands for a cozy late-night movie screening. If you’re seeking a different sort of winter story, look no further!
... 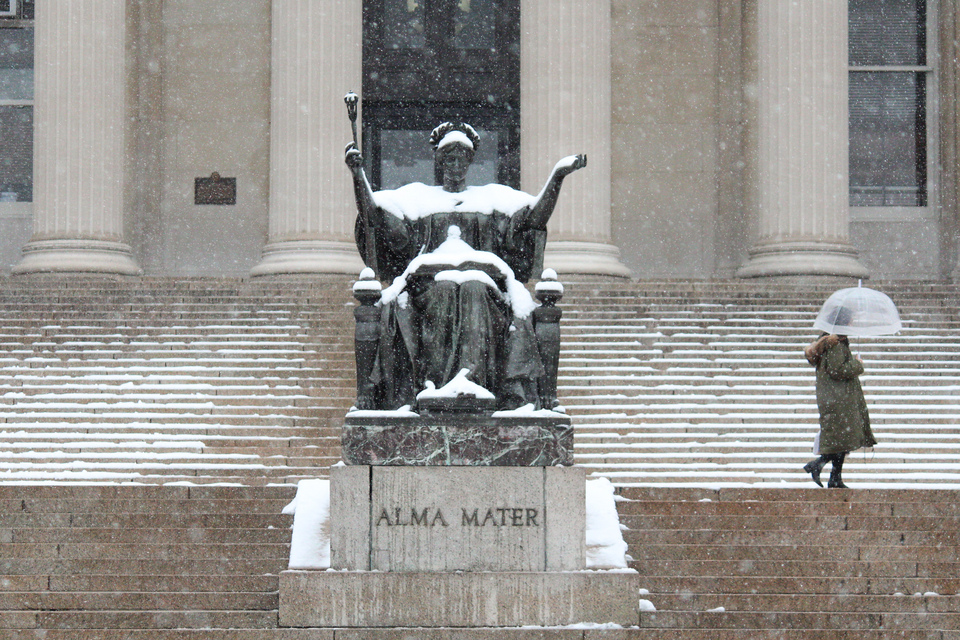 Alone for the holidays
By Melissa Cook
I am writing this in my dorm room, alone, on Thanksgiving. My Christmas Day will likely also look something like this. No, I won’t be seeing family or friends—I will be alone.
... 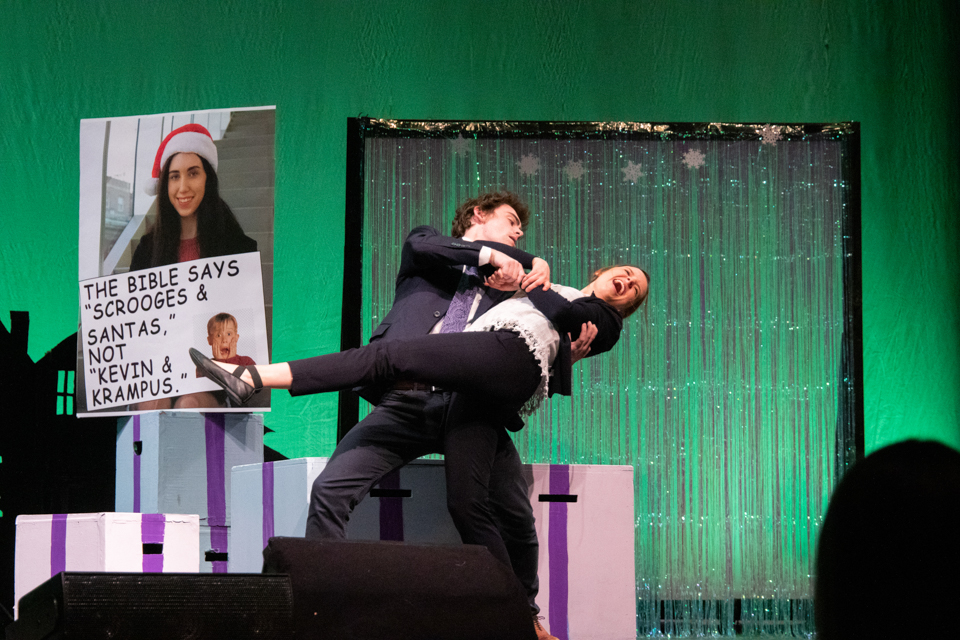 XMAS!13 gets the audience feeling Santa-mental
By Samuel Jones
This year Santa Claus is retiring. Microphone substituted for candy cane, the announcement came moments into the show. So the question remained: Who will be the next Santa?
...

Spec Worth It: Christmas-Themed Treats Taste Test
By Lina Karim
Nothing brings more comfort than food during the Christmas season, so Spectrum has decided to taste-test some Christmas treats that might add some holiday cheer to your day. To save some time and take the burden off your pockets, read on to hear our recommendations on some tasty Christmas treats you can get around the Upper West Side.
...

Spectrum Maps: Your Guide to Christmas in NYC
By Lina Bennani Karim 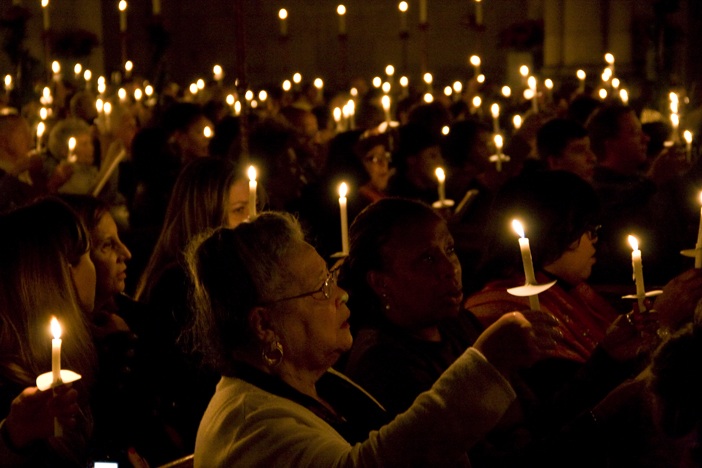 The festival drew over 3,000 attendees, some from as far as South Korea, and featured music from four of the church's musical groups over the course of two services. Rev. Arnold Thomas, the church's minister of education, called it a celebration of light.

"This season, which marks one of the shortest days of the year, it's good to experience light," Thomas said. "It really uplifts the spirit."

The musical groups, along with nine vocal soloists, ten instrumentalists, and four handbell players, performed a selection that included a Nigerian Christmas carol and traditional favorites like "Greensleeves" and "Hark! The Herald Angels Sing."

Two hours into the service, the lights turned off, and the churchgoers lit their candles and lifted them into the air during a rendition of "Silent Night, Holy Night."

Watch a slideshow of the festival here.

Thomas said he values the festival's sense of tradition, explaining that "there are people who have been coming here for decades." Retired physician and Harlem resident Ronald Lonesome, who has been a member of the church for a decade, attends the festival every year.

"I always look forward to it," Lonesome said. "Something about it is very soothing."

The festival draws attendees not only from New York but from around the world as well, which the church's director of communications, Allison Davis, attributed to strong publicity efforts. This year, those efforts which included getting the festival featured in the New York Times and Time Out New York. She said the festival started "at least a generation ago" and has taken place every year since then.

"The former music director had sort of pulled this together as a way to bring in the Christmas holiday and a way to showcase the extraordinary musical talents at Riverside," Davis said.

Davis said that the nave's main level and two balconies were almost entirely full even though, Thomas noted, attendees had to buy tickets beforehand.

"This is one of those services, where, even though there's payment to get in, there's always a full house," Thomas said. "That warms my heart."
... 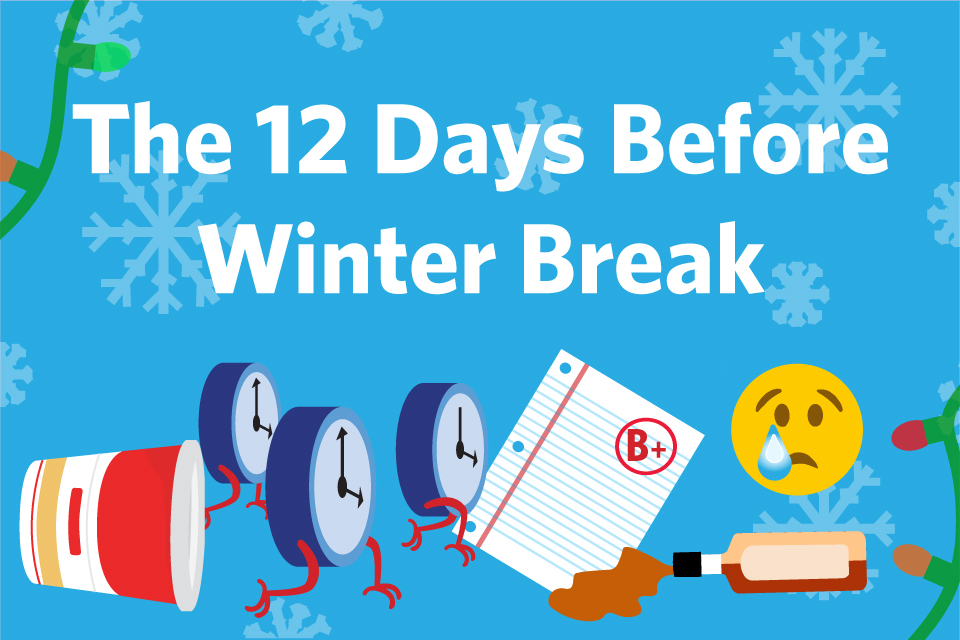 The 12 days before winter break
By Anna Lokey, Laura Dabalsa, Tanya Lalwani, Anna Alonso, and Ankita Acharya
For the past twelve days, Spectrum counted down the days until winter break on Instagram. Finally, we are done. The 2015 fall semester is now over. Everybody go home. You are free. (For about 25 days until you have to come back.)
... 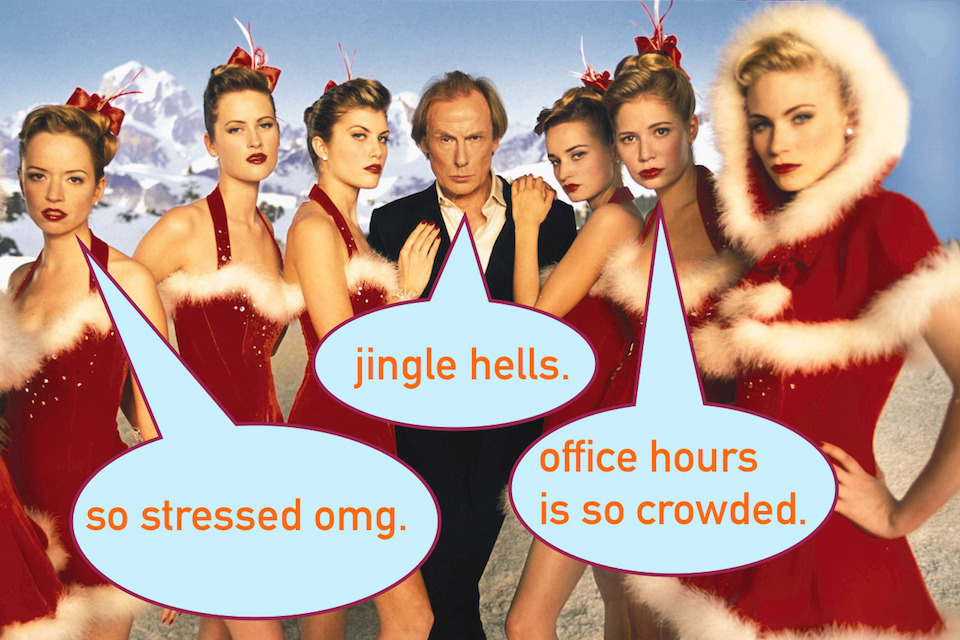 How to stay festive during finals
By Camille Sanches
It's December! Time for holiday-flavored Starbucks drinks, cuffing, snow angels, and... finals. We would like nothing more than to bundle up and watch Elf, but unfortunately, Columbia apparently hates the holiday season.
...
Next
ADVERTISEMENT
From The Blog