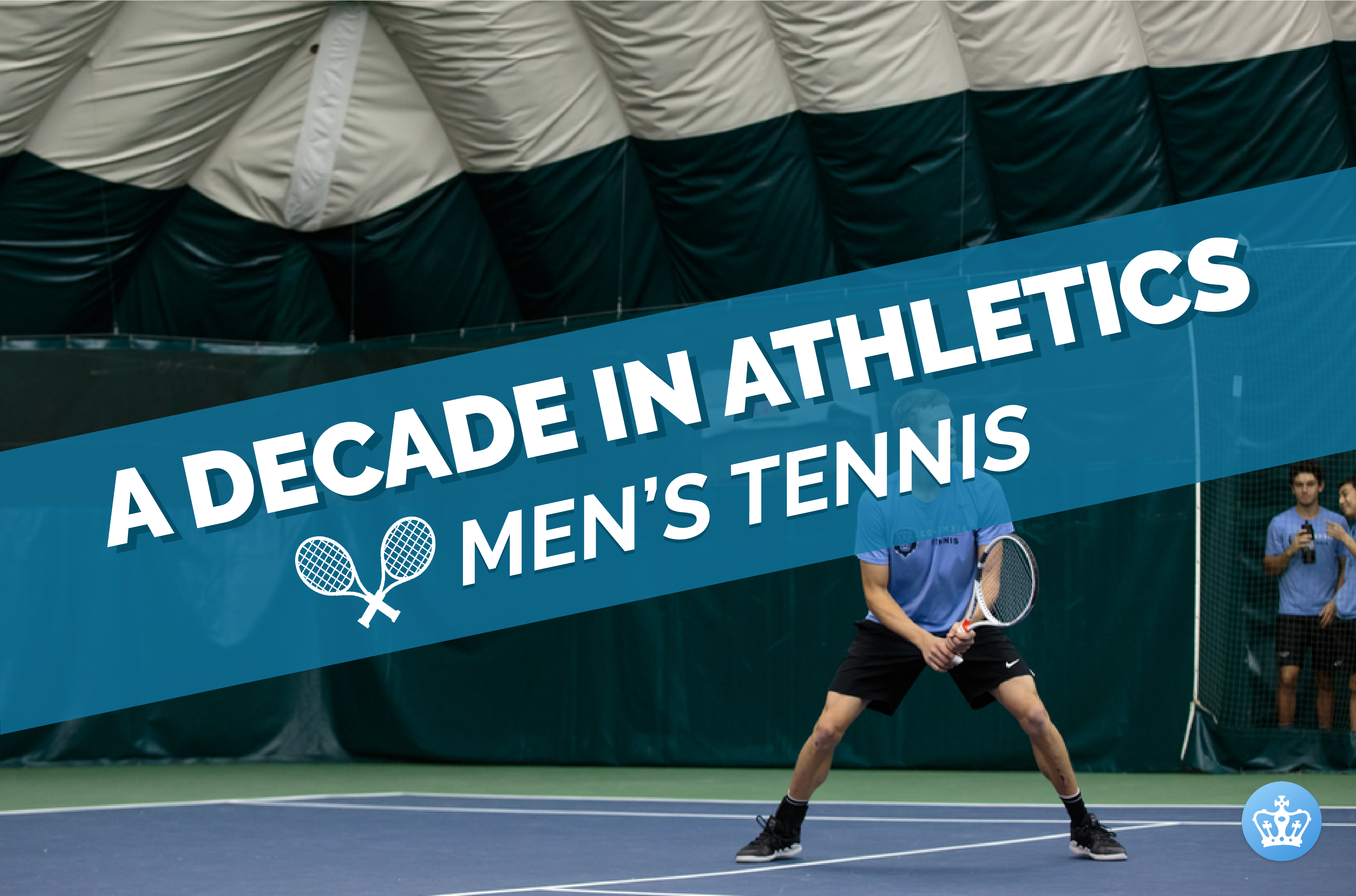 A decade in athletics: The men’s tennis team’s greatest generation never ended
By Elizabeth Karpen
The men’s tennis team’s past decade has undeniably been one of ascent. However, the reason for this positive shift is rather unclear because, all in all, the Columbia men’s tennis program has not changed much within these years. The Dick Savitt Tennis Center has remained the team’s home court. The Light Blue still practices for outdoor matches in Riverside Park, making it the only ranked Division I school without outdoor tennis courts. Former head coach Bid Goswami was already in the 28th season of his tenure when the decade opened—his calm, concise method of coaching remained a constant.
... 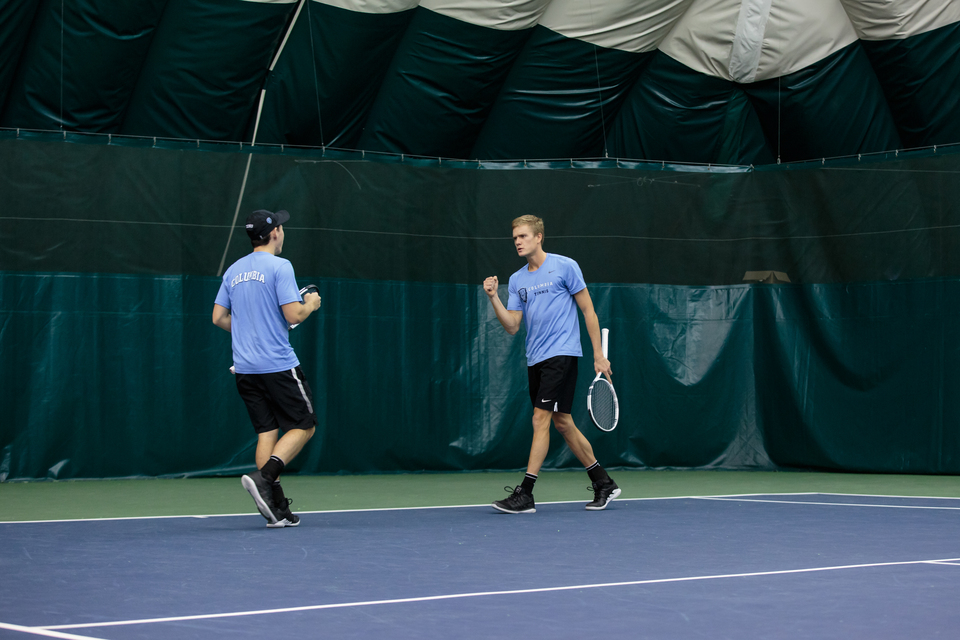 Men’s tennis kicks off strong early start to season at ITA Kickoff Weekend
By Elizabeth Karpen
Without a doubt, men’s tennis is here to stay. Despite losing some of its most consistent players on the court in Victor Pham, Will Matheson, and Tim Wang, all CC ’19, as well as 37-year head coach Bid Goswami, the No. 18 Lions asserted their dominance at ITA Kickoff Weekend, qualifying them for the ITA National Team Indoor Championship. This is the fifth time since 2015 that the Light Blue will compete in the prestigious event.
... 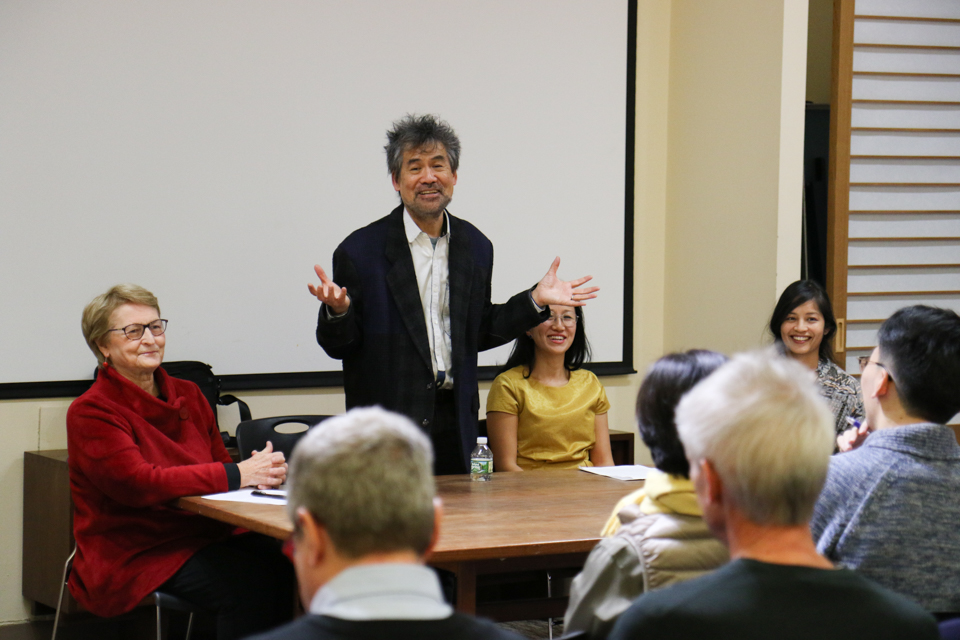 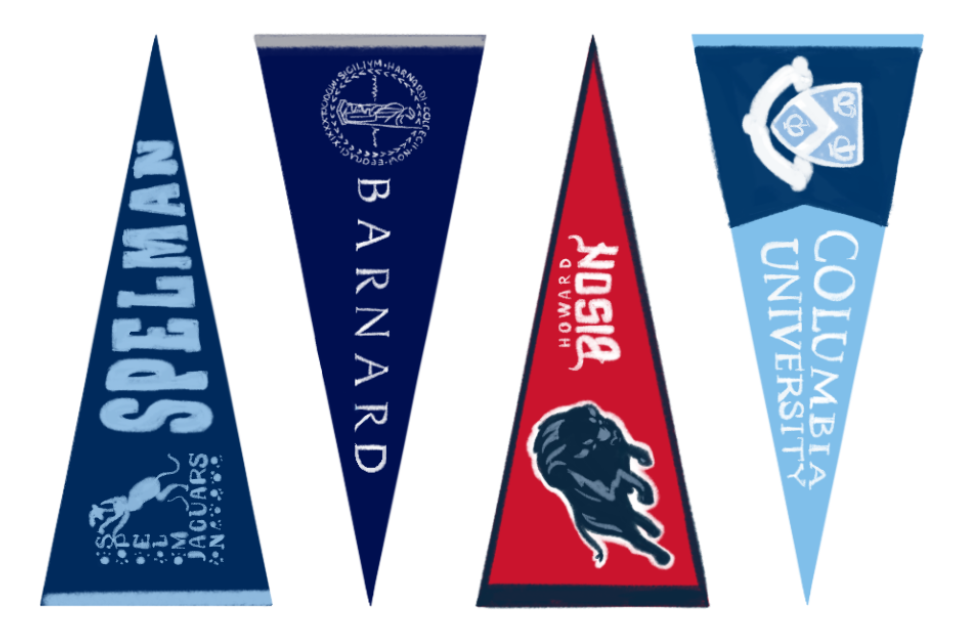 PWI or HBCU? In Columbia and Barnard’s Only Domestic Exchange Programs, Students Experience Both.
By Jade Justice
“It’s the mecca,” Desiree Parker, a current sophomore, says of life at Howard University. We are catching up over the phone, and while I sit alone on the barren steps of Low after dark, I hear the laughter of friends waft from behind her voice—reaching my ears all the way from D.C. She is definitely not alone when she says, “It’s a place where people of all walks of life can come together to find a salvation on one common ground.” This is the first taste that I get of life at a historically black college or university, and it leads me to wonder what I am missing out on.
... 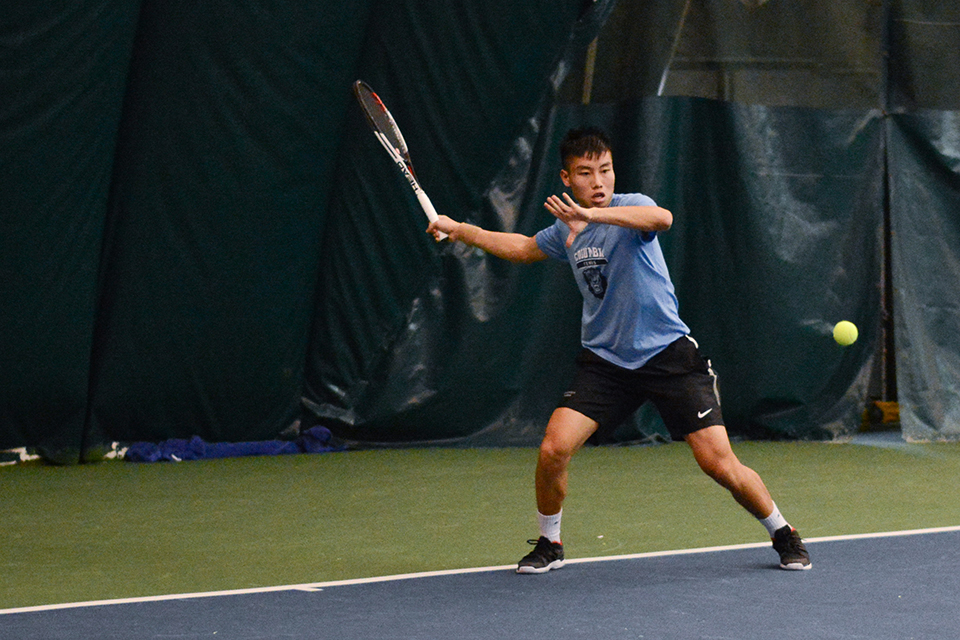 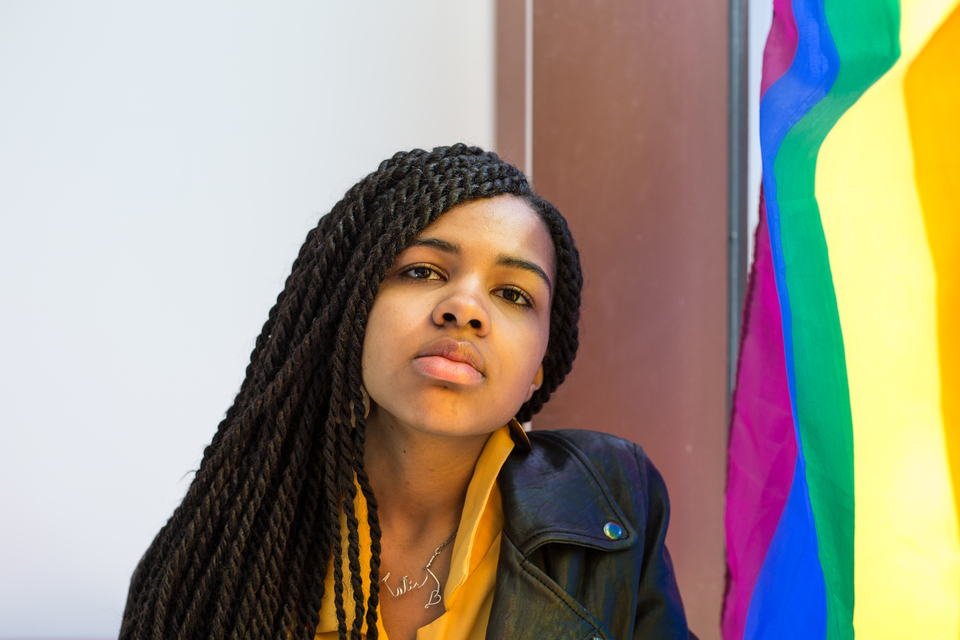 Black is a color in the rainbow
By Tatianna Dugue
I remember when my friend began to shift in her seat during our weekly video call as the end of my story crept closer. Filled with endorphins and excitement from last week’s events, I was stripped of my usual abilities to read her thoughts and hesitations. We were just girls talking about dating in college—what was so wrong with that? Girls talked about love and boys all the time, right? But we weren’t just talking about boys and love. We were talking about girls loving boys and girls loving girls. As I finished my story, I automatically asked, “What about you?” Complete silence radiated through my phone as my mind began to connect the dots. How could I be so ignorant? Of course she doesn’t have stories to tell me—she’s at Howard University, a historically black university.
... 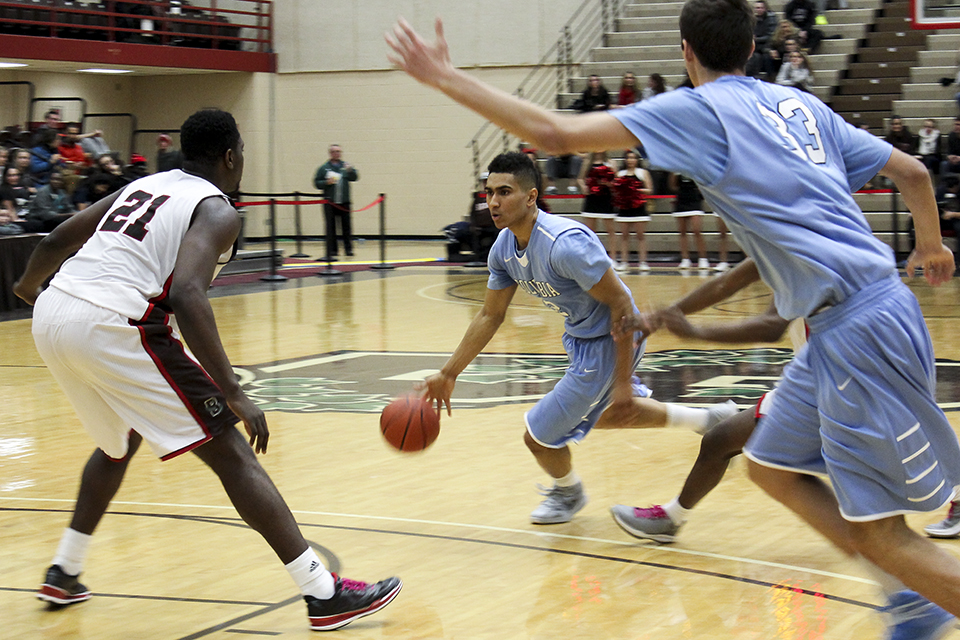 Men's basketball looks to win fifth straight over Howard
By Kyle Perotti
After a two-week break, men's basketball returns to action for the program's 2,500th game with a home matchup against Howard, seeking to extend its winning streak to five games.
... 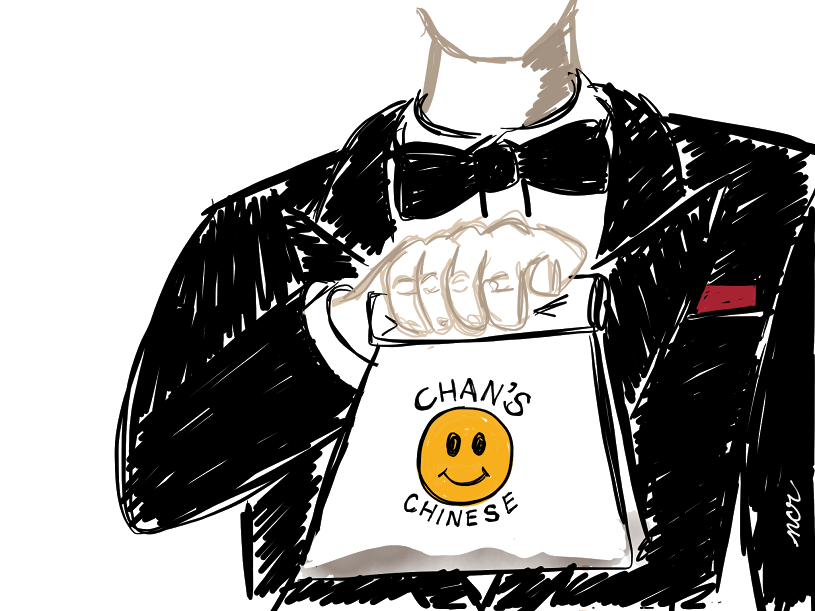 Valentine's on the cheap
By Nicholai Roman
Valentine's Day can be a day of decadence and spendthrifts. $100 meals, $40 flowers, the whole nine yards. As college students, the thought of spending north of $100 on one date is terrifying. But don't worry just yet---if you find yourself bone broke and head over heels on the 14th this year (or maybe you're just a cheapskate), there are still plenty of ways to give your date a romantic evening for under $20. Here are a few. Halal … is for the way you look at me For the ultimate bare-bones Morningside Heights Valentine's date, look no further than your friendly neighborhood Halal cart. For $6, you can walk off with two greasy, delicious falafel sandwiches, scientifically engineered to seal the deal on V-Day. moreIf that's not enough, you still have $14 left to make your date swoon.
... 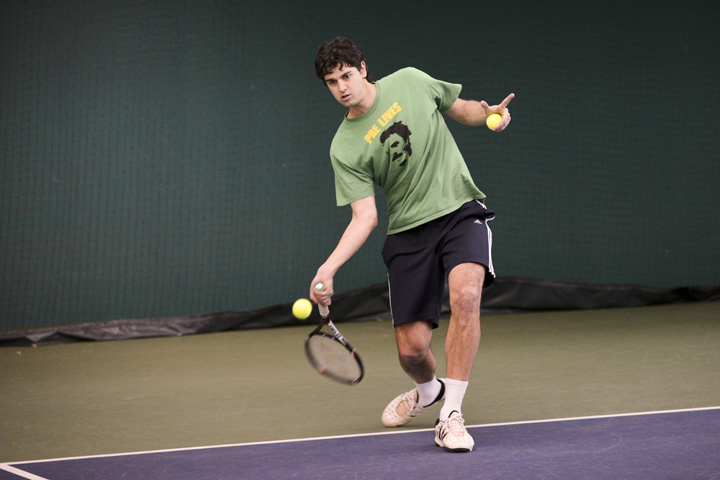 Former star gives up tennis courts for the courts of law
By Kyle Perrotti
The recruiting efforts of men's tennis head coach Bid Goswami over the last 31 years have attracted legions of top players to the program. But hitting with former world No. 7 Mario An?i? was an added perk most players didn't expect.

Now on track for an LL.M. at Columbia Law School, the 28-year-old An?i? may have retired from the sport, but he still finds the time to practice with the Light Blue.

"I don't play much, but I play a little bit with the Columbia tennis team and I have played a couple times with a well-known American tennis player, Jim Courier, who is a Davis Cup champion now and also a former No. 1," An?i? said.

He considers Light Blue associate head coach Howard Endelman, CC '87, to be a close friend, but that's not the only reason he enjoys spending time with the Columbia players.

"As much as I can, I try to help them. I've always felt I got so much out of tennis that I want to give back," An?i? said. "I know a couple of them are looking to turn pro after they graduate. So I'm there as somebody who went through that, with advice, to be able to hit with them, show them something I've seen in their game."

One player in particular that has stood out to An?i? is sophomore Winston Lin.

"Winston has had a couple great victories individually, and the team is getting better," An?i? said. "And I'm really happy because recently they've had great results."

The Croatian managed to achieve more in his short tennis career than most professional players do in a lifetime.

In 2002, An?i? first appeared on the radar of the tennis world at only 18 years old, when he beat then seventh-seeded Roger Federer on Wimbledon's Centre Court. It would be the last time a player would defeat Roger Federer on Wimbledon grass until Rafael Nadal bested Federer in the 2008 Wimbledon final. After routing Federer in his Grand Slam debut, 6-foot-5 An?i? was nicknamed Super Mario, gaining a reputation for his ability to defeat opponents with his monstrous serve and blistering forehand.

Within four years, An?i? rose in the rankings to reach No. 7 in the world. Along the way, he and fellow countryman Ivan Ljubi?i? won a bronze medal in doubles at the Athens Summer Olympics in 2004, and he helped Croatia win the Davis Cup in 2005.

It's tough for An?i? to pick a favorite, though. "I had a couple of big moments in my short career. It's like having kids because it's hard to say which one you like more," An?i? said. "The Olympic medal or being in the Davis Cup, or, for example, being number seven in the world when I was just 21 or 22. These are all the accomplishments I was dreaming of when I was coming up in Croatia when I had just started to play."

In spite of the staggering successes early on in his career, An?i? was forced into early retirement in 2011 due to a series of injuries and illnesses that kept him sidelined for months at a time.

As difficult as it was for him to call it quits at such a young age, he said he felt it was the right move, and is proud of what he was able to accomplish during his short time on the tennis court.

"You give so much. You put in so much hard work, a lot of sweat in training," An?i? said. "I can say that I am happy to have all of the success that I have."

Throughout his career and during his retirement, An?i? decided to earn a law degree from a university in his hometown of Split, Croatia. He thought the hard work that led to so many of his successes on the tennis court would translate well to the rigorous environment of law school.

"Although there may be differences, they are similar and very intense. A lot of hard work and dedication," An?i? said. "I have got to meet some incredible people here who have all these qualities that are present no matter what job you take or what school you go to."

After passing the bar and getting a job as a lawyer in Croatia, An?i? headed to the United States to further improve his knowledge of the law.

After working for a short while on a research project at Harvard Law School, An?i? decided to make his way to Morningside Heights to attend Columbia.

An?i? is on track to graduate this year, but is not sure exactly where his law career will take him. Although he looks back on his tennis career fondly, he is confident that he has made the right decision to put down his racket and pursue his education.

"I can say now that I am enjoying things 100 percent and I know that I am at the place where I am supposed to be," An?i? said.