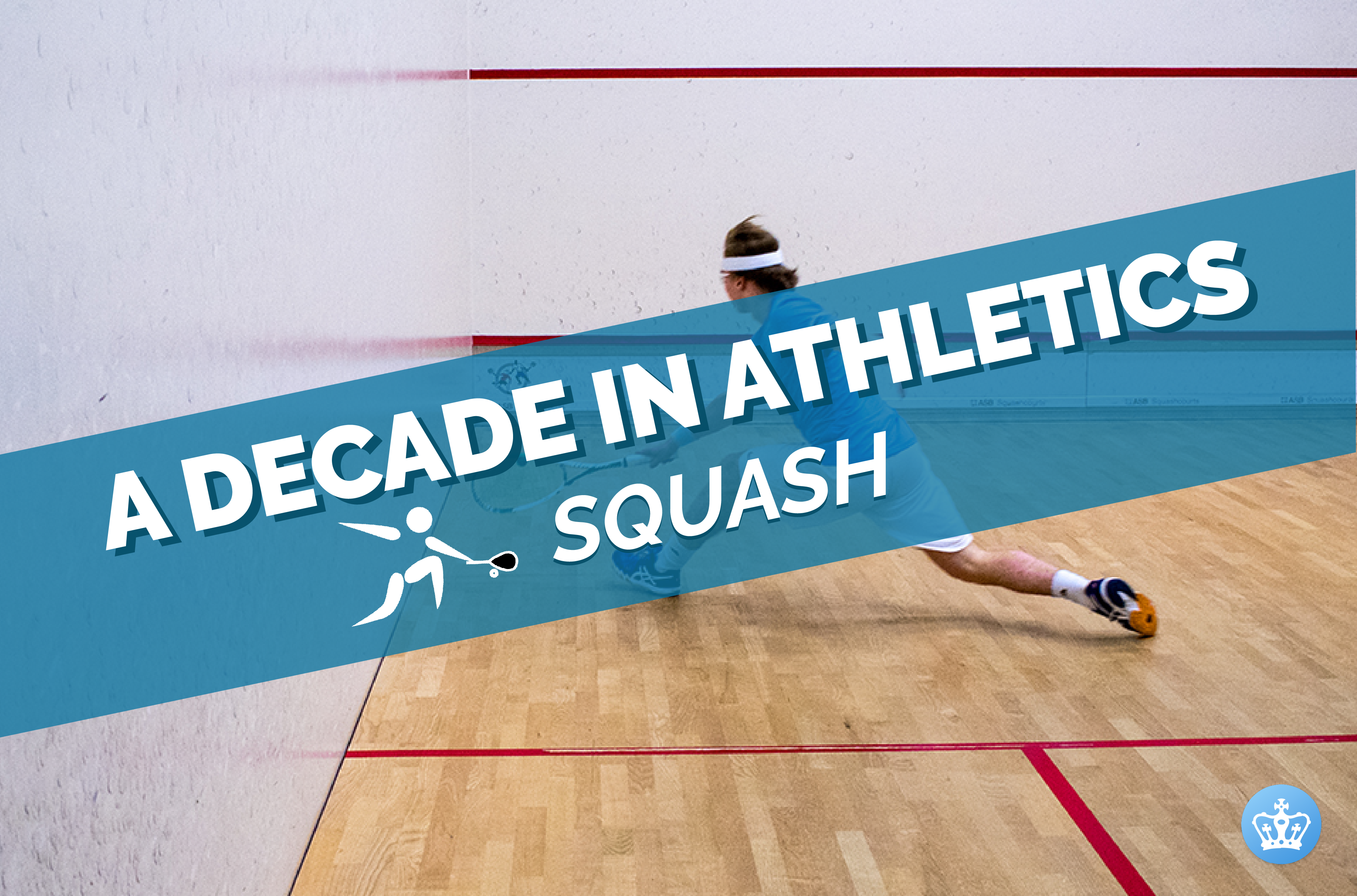 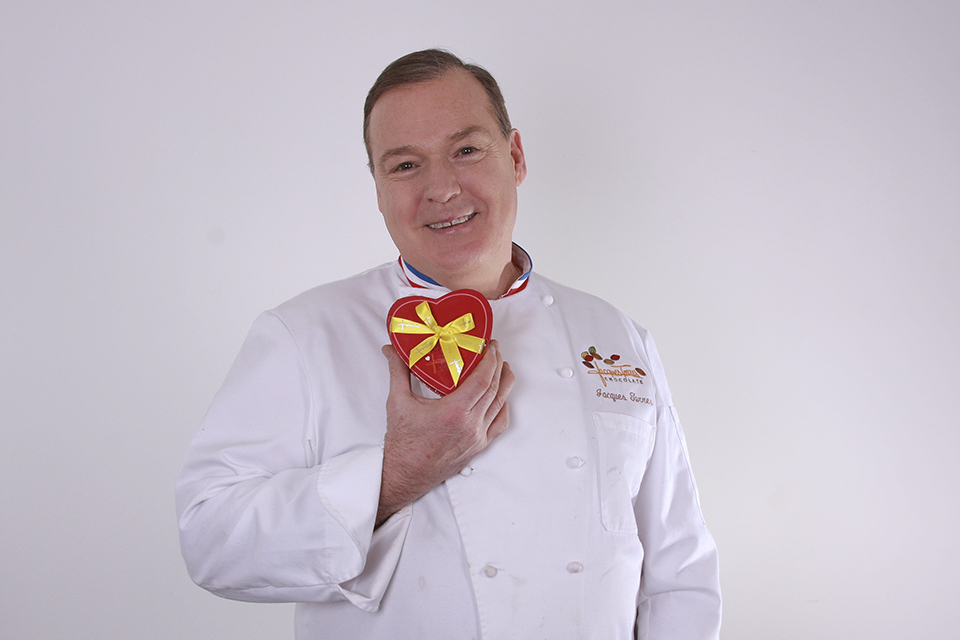 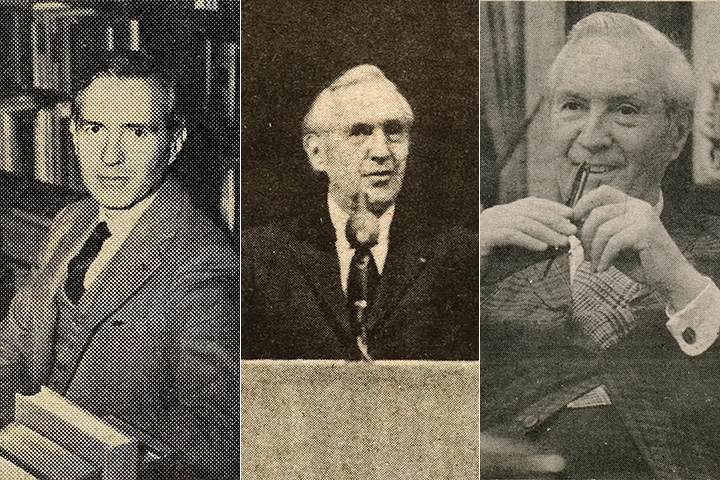 Barzun, who had a major influence on the development of the Core Curriculum, died in San Antonio, where he lived, the New York Times reported.

Born in France in 1907 in a suburb of Paris, Barzun was sent to preparatory school in the United States at age 13 in the aftermath of World War I. He entered Columbia College at the age of 15.

As an undergraduate, Barzun was Spectator's drama critic, reviewing the Varsity Show in 1927; editor of Varsity, the literary magazine; and president of the Philolexian Society. He was also his class valedictorian. He wrote lyrics for the 1928 Varsity Show, "Zuleika, or the Sultan Insulted."

He taught his first class at Columbia, Contemporary Civilization, the summer after graduating from the college. He later served as a history professor and was well known for his humanities courses, teaching for almost 50 years.

In the 1930s, Barzun taught the first Colloquium on Important Books class, the precursor to Literature Humanities, with Lionel Trilling, and developed the Core Curriculum's humanities focus.

Barzun served as dean of graduate faculties in the 1950s and then provost from 1958 to 1967. A European romanticist, Barzun obtained the rank of University Professor, the highest rank in the University, in 1967.

Barzun was an outspoken critic of American universities and objected to the politicization of the academy. He strongly condemned both student protesters and faculty during the 1968 student riots.

After retiring from the University in 1975, he remained an advocate for Columbia and the Core Curriculum throughout his life.

A devoted Dodgers fan who knew the team when it still played at Ebbets Field, Barzun once remarked, "Whoever wants to know the heart and soul of America had better learn baseball." That quote is now inscribed on the walls of the Baseball Hall of Fame in Cooperstown, N.Y.

He was awarded the Medal of Freedom from President George W. Bush, and was made a chevalier of the Legion of Honor, France's highest award. He became a U.S. citizen in 1933.

In recent years, Barzun lived in San Antonio. He had three children, 10 grandchildren, and eight great-grandchildren. He is survived by his third wife, Marguerite Davenport.

In October 2007, a month before his 100th birthday, Barzun was presented with the Great Teacher Award from the Society of Columbia Graduates. At the event, Professor Emeritus of History Henry Graff called Barzun "the Babe Ruth of humanistic study and teaching."

Barzun remained interested in Columbia until the end. In 2011, he wrote an opinion piece for the Wall Street Journal criticizing Columbia's exclusion of ROTC and relating it to Pericles' funeral oratory in Thucydides' "History of the Peloponnesian War."

"Do Columbia's administrators and trustees believe that the students in the college should live by the values they are required to learn?" he wrote.

Do you have memories to share of Jacques Barzun? Email us at news@columbiaspectator.com.

Correction: An earlier version of this story reported that Barzun became a citizen of the United States at the age of 33. In fact, he became a citizen in 1933. Spectator regrets the error.
... 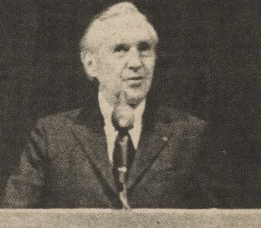 The legacy of Jacques Barzun, 1907-2012
By Stephen Snowder
In today's paper, Gina Lee and Casey Tolan report that Jacques Barzun, valedictorian of the class of 1927 and one of the fathers of the core curriculum, has died at age 104. Barzun entered Columbia at the age of 15 and began teaching here immediately afterward. According to Spec's obituary, Barzun taught the first Colloquium on Important Books class, which was the precursor to Lit Hum. He served as Provost from 1950 to 1968, and didn't stop there. From the article:
... 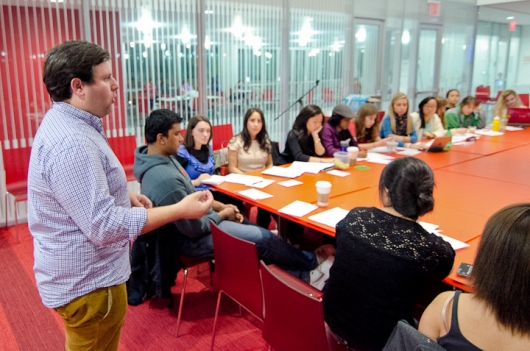 In case you missed it: This week in news
By Finn Vigeland 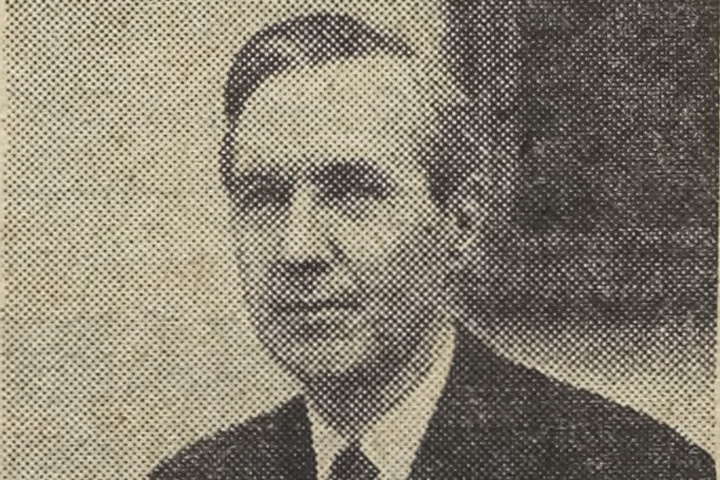 Barzun 'will stand out among very best' Columbia professors
By Jeremy Budd
Colleagues remember Jacques Barzun, CC '27 and Ph.D. '32, as a modern-day Renaissance man who influenced how people think about topics that range from sports to scholarship.

"I think he's going to be remembered as one of the great teachers in a particular generation and one of the great masters of Columbia faculties over the centuries," said Henry Graff, professor emeritus of history. "There are few who belong in that category. Jacques will stand out as among the very best."

Barzun, who was instrumental in the development of the Core Curriculum, died Thursday at his home in San Antonio. He was 104.

Graff met Barzun when they taught the required history course for masters and doctoral students at Columbia, and the two collaborated on their research and writing handbook "The Modern Researcher," which has sold more than 1.5 million copies worldwide.

Barzun was a rigorous teacher and demanding of his students, but "they felt as if they were being cultivated," Graff said. "He never showed off—he was a brilliant teacher."

Roosevelt Montás, CC '95, M.A. '96, Ph.D. '04, and director of Columbia's Center for the Core Curriculum, said that Barzun's influence would "last as long as the Core itself."

"The sweep of Barzun's mind, the breadth of his interests, and his insistence of cultivating a life of inner richness in the student have become part of the DNA of the Core," Montás said in an email.

Barzun taught the first Colloquium on Important Books class in the 1930s, a class that would become Literature Humanities. Graff said that Barzun viewed it not as a course, but as "a college program in action."

Dean of Academic Affairs Kathryn Yatrakis said that, in many ways, Barzun's educational approach could be summed up by a quote of his: "In teaching, you cannot see the fruit of a day's work—it is invisible and remains so maybe for 20 years."

"I think that it is his intellectual heft and breadth that will be remembered as well as the fact that into the 90th year of his life, he was still a productive scholar," she said.

Yatrakis said that his influence in developing the Core Curriculum would remain his most "visible" influence, helping "students grapple with some of the most profound and enduring questions that define our human condition."

"The importance of graduate students teaching in the Core has two sides: they bring in energy, currency, and commitment that often surpasses that of the permanent faculty, and they gain training and a depth of perspective in liberal education that they take with them to their careers as professors," Montás said. "I think that Barzun understood well both of these aspects."

And with Barzun's interests ranging from political history (he once identified, by eye, a misquote of Abraham Lincoln in one of Graff's manuscripts) to baseball (he has a signed bat in the Baseball Hall of Fame), Montás said that he helped to develop the way that students and faculty approach Core classes.

"Barzun was a major influence on two key commitments of the Core: the commitment to the study of primary texts that have had enduring impact on how we understand the world, and the commitment to encouraging in our students not a professional commitment to scholarship, but a richness of mind that they can carry to whatever career they choose," Montás said. 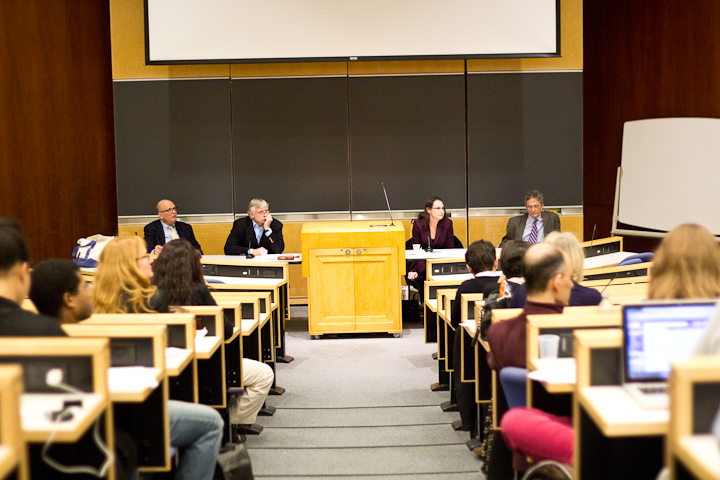 USenate passes resolution honoring Barzun
By Margaret Mattes
The University Senate unanimously passed a resolution honoring the memory of longtime professor Jacques Barzun, CC '27, M.A.'28, Ph.D. '32, at Friday's plenary. The resolution was the only piece of new business on the senate's agenda, continuing a series of uneventful plenary meetings.

Barzun, who died late last month, was remembered in the resolution for his many academic, administrative, and personal accomplishments during his tenure as a Columbia faculty member from 1932 to 1975. Developing the precursor to Literature Humanities and changing the color of Columbia's academic robes from black to light blue were among the many contributions the senate recognized.

"The Columbia University Senate venerates the memory of an intellectual giant, an ever-curious scholar, a respected colleague, and a beloved teacher for three-quarters of a century," University President Lee Bollinger said as he read the resolution aloud to the senate body.

Bollinger also noted Thursday's resignation of Executive Vice President for Arts and Sciences Nicholas Dirks. He expressed disappointment that Dirks would be leaving the University, but also said that "it's a great thing for Nick, and it's a great thing for our reputation." Bollinger said he and University Provost John Coatsworth will be working closely with individual schools as well as the newer administrative committees of the Faculty of Arts and Sciences, such as the Policy and Planning Committee, until Dirks' replacement is hired.

Also at the plenary, School of International and Public Affairs professor Sharyn O'Halloran, the chair of the senate's executive committee, updated the senate on a number of initiatives currently making their way through the committees.

The External Relations and Research Policy Committee is in the process of reviewing a September report by the senate's task force on smoking policy that found the current 20-foot smoking ban ineffective and has determined a timeline for moving forward. According to O'Halloran, a town hall will likely be held in January, followed by a presentation of recommendations to the senate in February, and, hopefully, a vote by March. A possible campus-wide smoking ban has been debated within the senate for over two years.

O'Halloran also called upon Coatsworth to update the senate on the Provost's Academic Leadership Institute, which held its first training sessions last week. Coatsworth said that he was very pleased with the training sessions, in which about 30 Columbia administrators participated, and hopes to expanding the institute.

"I think what we learned is that we don't do a very good job of putting our faculty in touch with each other so they can share experiences and knowledge and solutions," Coatsworth said. "Those who attended found it to be very valuable."

O'Halloran added that the senate's Global Initiatives Task Force will be giving a report in December. Members of the University's finance department will also speak about Columbia's new financial documentation system, Accounting and Reporting at Columbia, at next month's session.

Here's to You, Jacques Barzun
By Chris Kulawik
There are Columbia professors, and there are Columbia institutions. Jacques Barzun is the latter. Undergraduate, provost, and everything in between, professor Barzun fundamentally redefined the Columbia experience through a half-century of dedicated service. Western, worldly, and undeniably brilliant, Barzun faithfully embodies the University's greatness. As we approach his 100th birthday, a personal centennial, it is worth reflecting on his many accomplishments—for his is truly a Columbian life.
...
ADVERTISEMENT
From The Blog