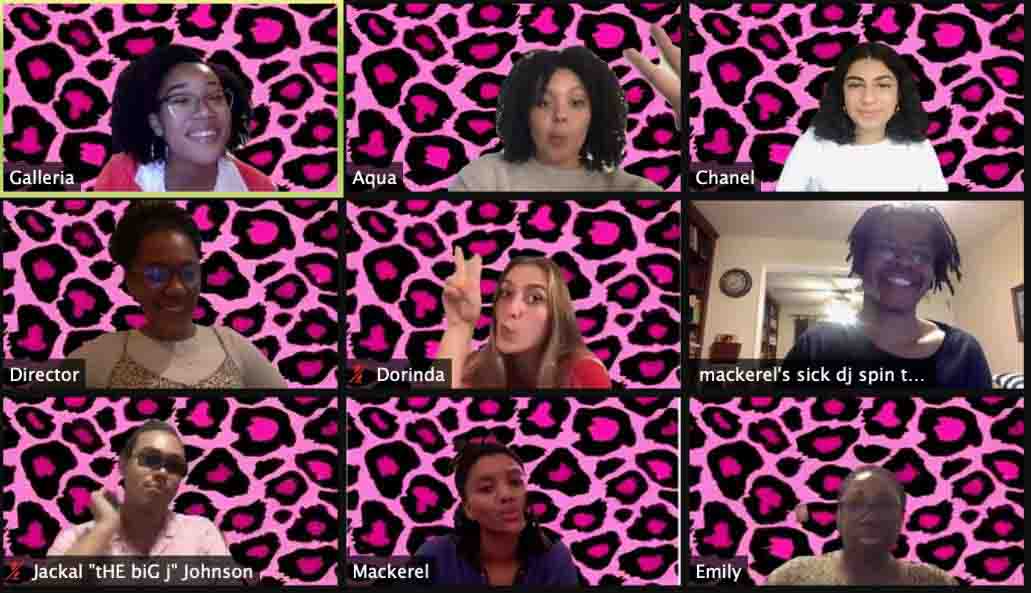 Black Theatre Ensemble channels early 2000s nostalgia with “Puma Girls” musical parody
By Sophie Craig
Over the course of one night, several brave and probably caffeinated students wrote, rehearsed, and recorded songs for their own nostalgic and hilarious parody of an iconic childhood film. The following evening was opening—and closing—night.
... 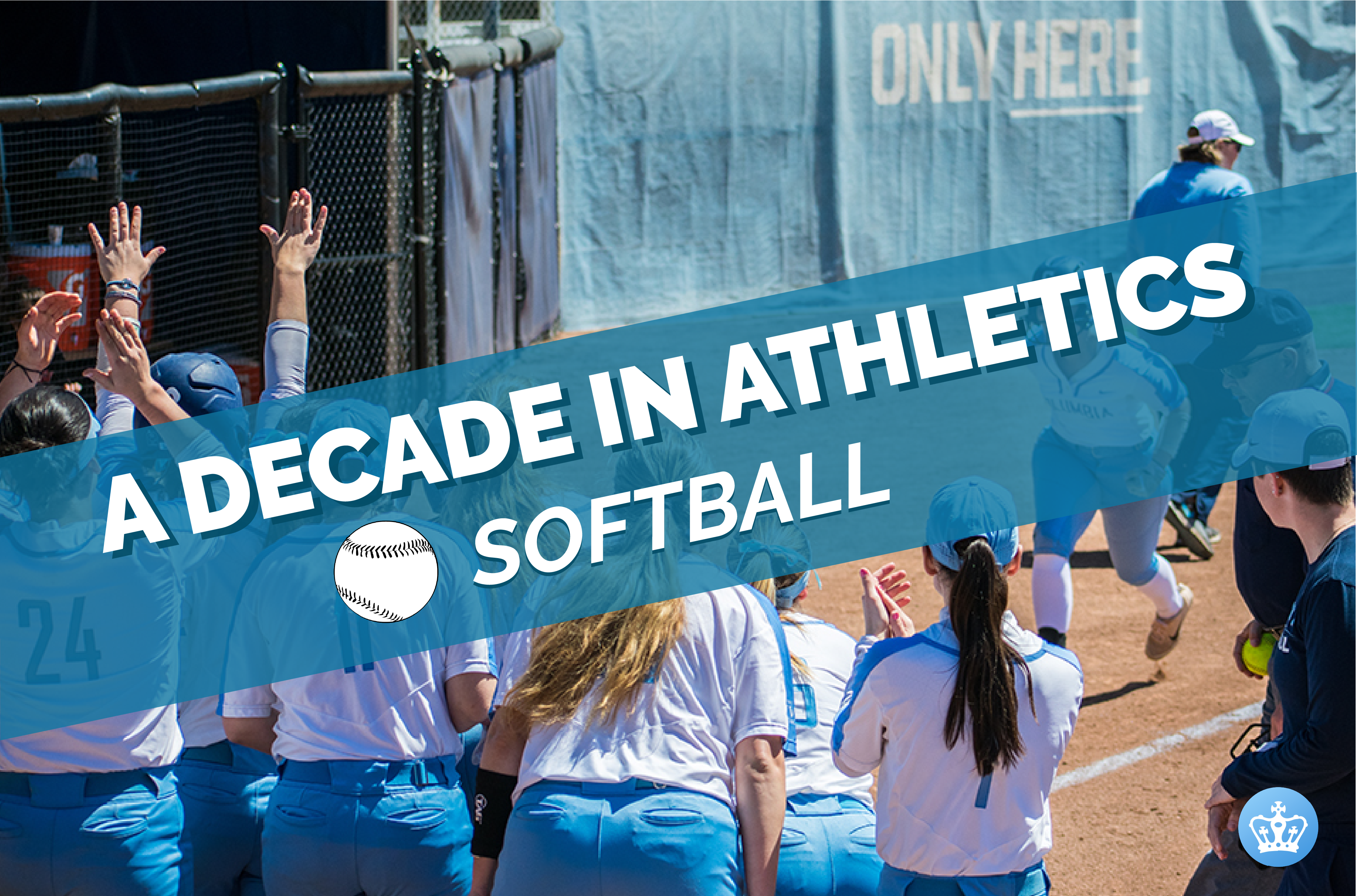 A decade in athletics: Softball prepares for a new decade of winning after 12 years under an interim coach
By Adam Lang
Softball has been one of the best-performing teams at Columbia throughout this decade. Head coach Jennifer Teague is coming off of an Ivy League Coach of the Year season during which the Lions could have received their first Ivy League championship; the team was projected to win the conference before the 2020 season was canceled.
... 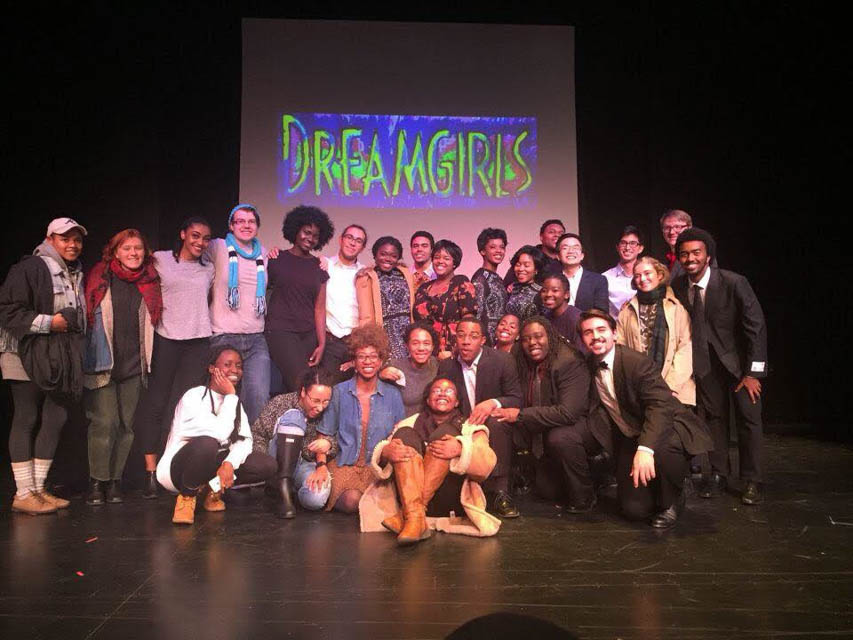 Black Theatre Ensemble discusses creating space, voice, and visibility in campus theater
By Anya Raj
Brianna Johnson, BC ’21, is one of the few Black students in her year who is a theater major. Had she not been inspired by her work with the Black Theatre Ensemble, she might have completely changed her route.
... 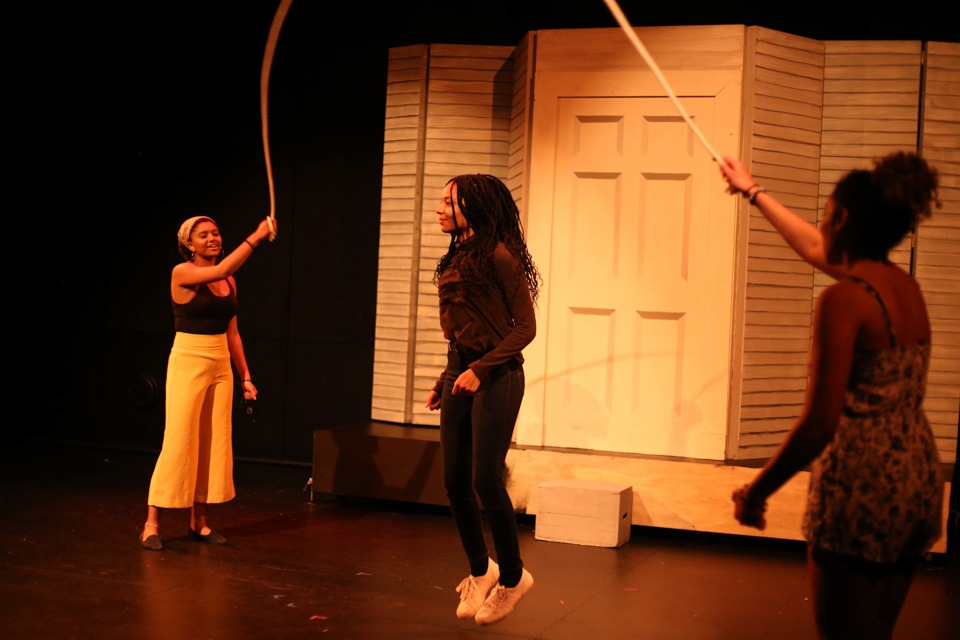 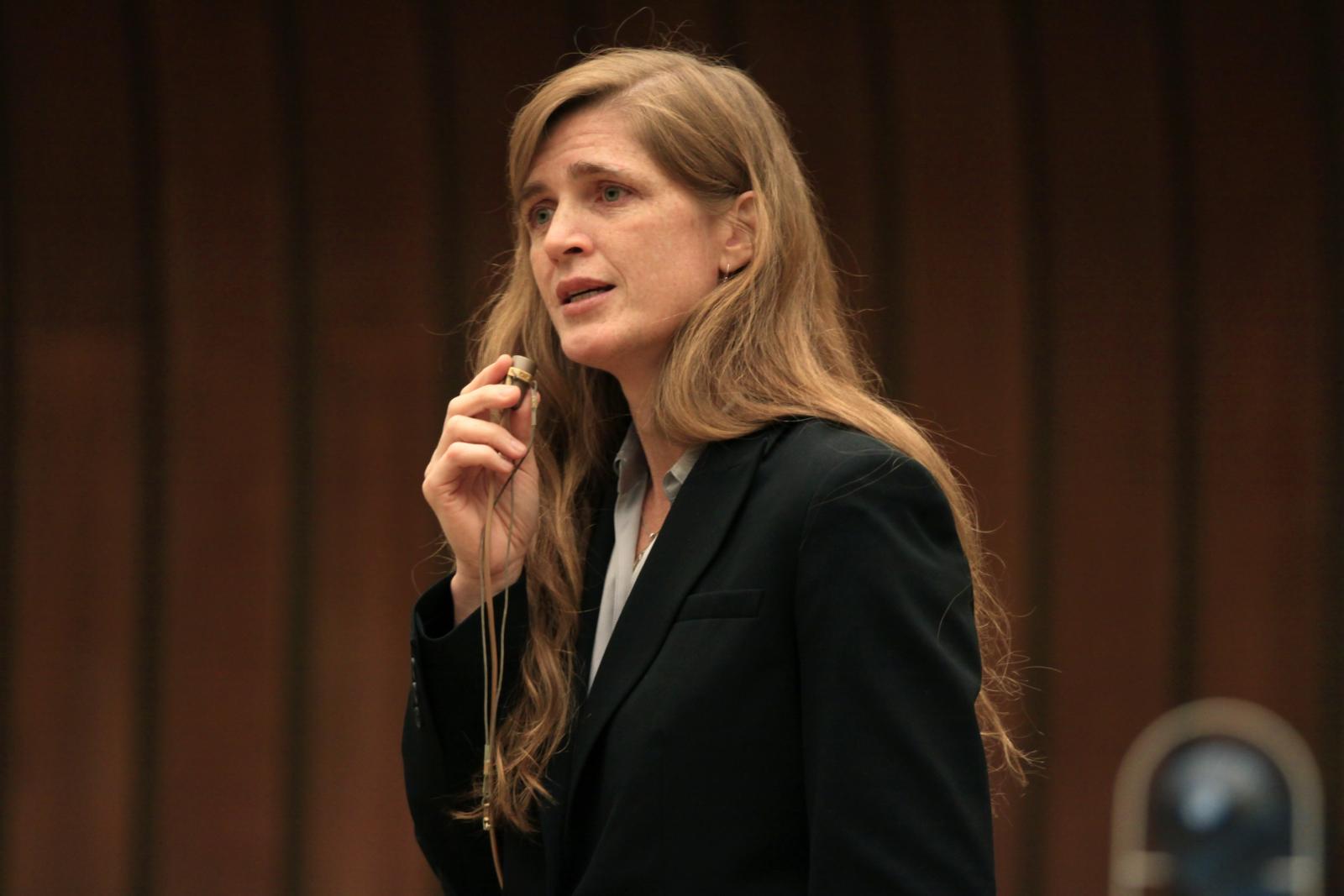 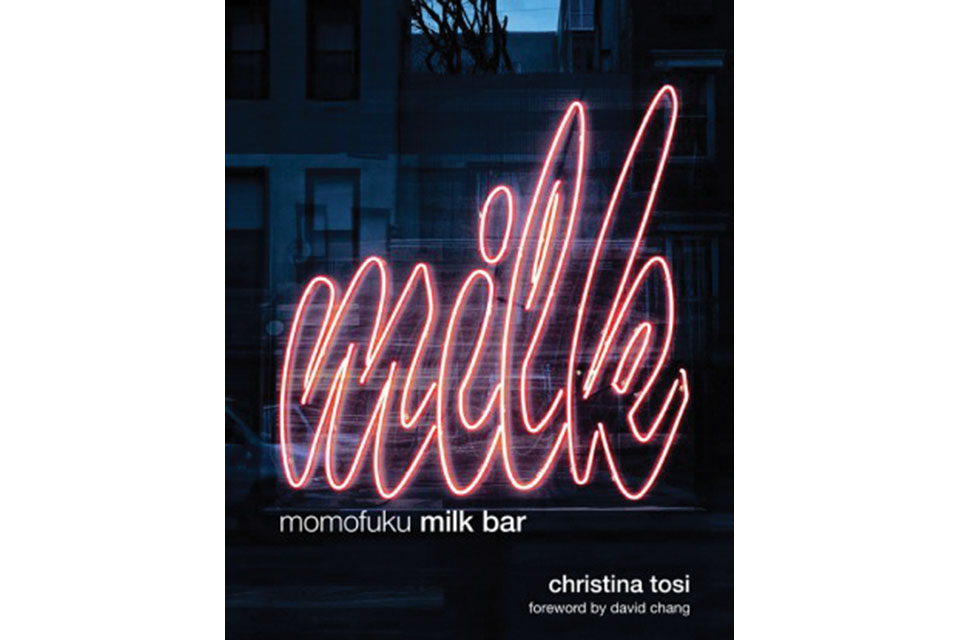 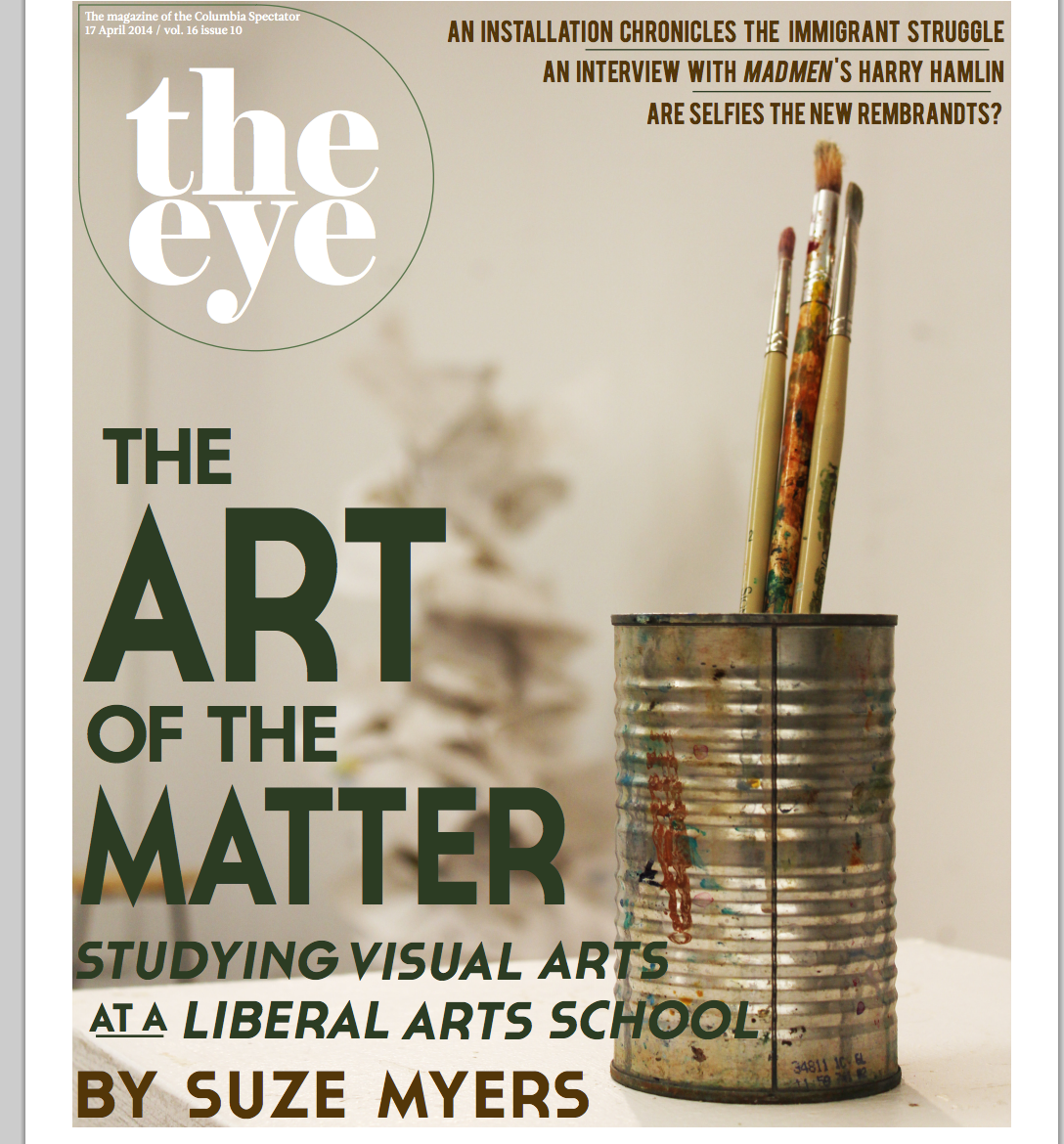 This week in the Eye: Jim Cutler from Mad Men, visual arts at CU, and analyzing the selfie
By Parul Guliani
If your life is feeling a little dull after the excitement of Bacchanal, the Eye's got your back. We have something extra special in store this week. Every semester, we release one themed issue, and this week's theme is . . .  visual arts. Read on to learn about Columbia and Barnard's visual arts programs, the role of the selfie as an emerging art form, and the question of ownership in the art world. The Art of the Matter: In this week's lead story, Suze Myers explores the pros and cons of studying visual arts at a school like Columbia or Barnard, and what an arts degree from one of these schools might mean.
... 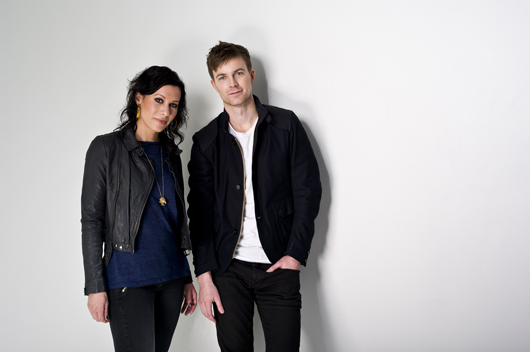 Passion Pit, Matt & Kim concert worth braving storm
By Noah Jackson
A trip to Madison Square Garden during last weekend's blizzard was not an inviting prospect. Gale-force winds and seemingly never-ending snow made finding place to hibernate a more inviting prospect. It's hard to leave the famed Morningside bubble at the best of times, but during a snowstorm all bets are off. For a hot second, it seemed as if two of America's most popular indie bands—Matt & Kim and Passion Pit—would make their respective debuts at the Garden playing to an empty stadium.

For Matt & Kim, however, a lackluster turnout just made the party more intimate. Swaggering onstage to banging rap tunes, the duo appeared triumphant, and with good reason: After two hit singles and eight years together as a band (and even longer as a couple), Brooklyn natives Matt Johnson and Kim Schifino were playing the biggest show of their careers.

As a live act, Matt & Kim define themselves by their high energy, so the buzzword for the night was loud. In the studio, the band's dynamic power pop is more peppy than powerful, but onstage their sound is gargantuan. Kim's frantic drumming assaults the audience with a wall of noise, transforming laid-back single "Block After Block" into a hyperactive dance jam and current hit "Let's Go" into a stadium-sized anthem. There's no room for subtlety in Matt & Kim's music, and that's just how they like it.

The two are like college students, sipping from red cups in between songs. Matt refers to Kim as his "partner in crime and partner in sex," while she illustrates a description of her thong with a tuneful rendition of Sisqo's "Thong Song." Despite an injured foot, Kim still crowd-surfed, standing on the audience's hands and twerking like a seasoned pro.

Despite their Brooklyn roots, Matt & Kim are refreshingly irony-free. Their hip-hop stylings are hopelessly uncool, but that's the joy of their show. After all, what other indie band would stop their show halfway through to grind to Three Six Mafia or exit to Big Sean rapping about an "assquake"?

Certainly not Passion Pit. Ambient electronica plays as the Boston band walk onstage. The blue-bathed stage had a seductive, neon ambiance, while hanging white orbs made it more like an art installation or an avant-garde restaurant than an arena show. If Matt & Kim are masters of fun, then Passion Pit are definitely kings of atmosphere.

For a band whose sound is based on deep emotional vulnerability, Passion Pit was surprisingly self-assured in a stadium setting. The group has a distinct physical presence—completely filling the stage, unlike Matt & Kim—and their sound was appropriately grandiose. Those who might have feared that electronic nuance might be lost in a stadium setting shouldn't have worried. Lush keyboards flesh out "I'll Be Alright" and "The Reeling," while a pumping synth line propels "Carried Away" into a shout-along power pop hit. From the heavy percussion to the crunchy electronics, everything about the performance exuded confidence.

The real surprise, however, was frontman Michael Angelakos. The range of emotions he generated is stunning: One moment he played a seductive R&B crooner, transforming "Constant Conversations" into Usher-inflected baby-making music, while the next he was bouncing across the stage to the stomping chorus of "Take A Walk." By the time he reached the exultant closer "Sleepyhead," the audience had gone from joyous celebration to the verge of tears. After a long battle with depression, it's no wonder that the show is a poignant experience for him too.

"About seven months ago they told me I could never fucking tour again and now I'm in Madison Square Garden," he shouted. "Thank you so fucking much."
Though the weather outside was indeed frightful, and many audience members' shoes squelch in the snow as they leave.

No one can deny that the show was worth risking frostbite for. Nemo may have brought a chill to NYC, but inside the Garden, the warmth of the two bands was enough to melt even the most frigid audience member. 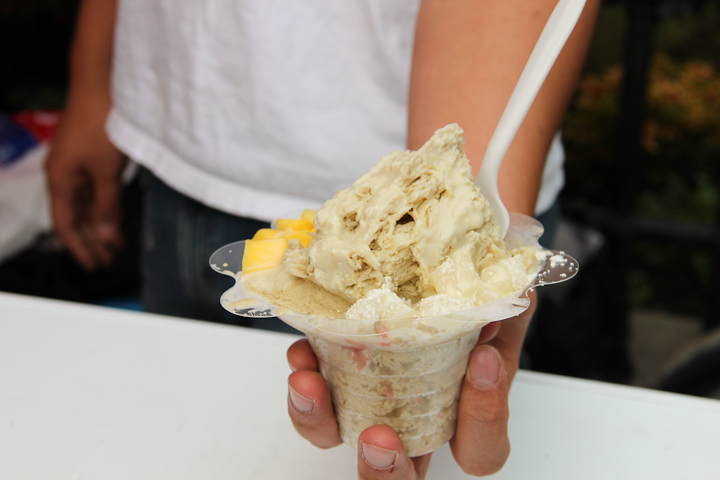 Madison Square Eats
By Melina Iacovou
Some of New York City's best food vendors congregate where 23rd Street meets Fifth Avenue in Chelsea, offering visitors the rare opportunity to taste the most appetizing and original dishes and desserts all in one place. A prerequisite to attending Madison Square Eats is arriving with an empty stomach. With menu items ranging from Momofuku's "crack pie" custard to Macaron Parlour's "candied bacon maple cream cheese" macaroon to La Sonrisa's "coconut curry chicken" empanadas, feasting with the eyes will simply not do. There are no two similar vendors. Urban Space, a developer of specialty markets, has carefully curated this event to ensure the utmost variety—an accurate representation of New York City's rich culinary culture. The company focuses on invigorating urban environments, allowing people to gather publicly and activate their palates in the presence of quality food. Some food stalls are actual restaurants, scaled down for the occasion with a limited menu. Some are catering companies. Others are actual carts that travel from food market to food market. There is, at the very least, something for everyone. Vendors take pride in their menus and value innovation, customer satisfaction, and quality above all else. Baby Got Back Ribs, a rib-based business, blends spicy with sweet. Owner Robert Liano closely considers how "people eat differently when they are on the street" and designs his menu accordingly. Since business people in clean and sharp suits "do not want to get all saucy," he has two neater sandwich options on the menu. Roberta's of Brooklyn manages to transport its brick-oven restaurant appeal straight to another borough. Roberta's chef, Angelo Womack, relies on portable "dough boxes to keep the dough cold." When the oven is ready for another pie, in it goes with the dough that has been stored at an optimal temperature. Wooly's, a business that is just one cart large, redefines flavored ices. Rather than being drenched in syrups, the ices are already infused with flavor upon shaving. Light and fluffy, the taste certainly matches the name. It's a "double entendre," owner Danny Che claims. The ices are, of course, at a woolly-mammoth appropriate temperature, and the soft texture also resembles the fur of the long-gone species. The mochi and mango toppings complement creamy green tea ice quite nicely. Charlito's Cocina, a cured meat company, pays special attention to detail. Food is certainly an art, but owner Charles Wekselbaum also breaks it down into a science. His products aim to "promote natural methods of preservation," since the current trends in the food industry are relying more and more towards unpronounceable chemical additives. He searches for the best ingredients, and feels a special loyalty to Guatemalan salt. "Central American sea salt is underrated," he claims. "It does not have the same burn that regular Kosher salt has." Madison Square Eats gives street food a wonderful new reputation. Be sure to visit Worth Square before the last day of this tasty installation, October 19th. The market is open daily from 11 a.m. to 9 p.m.
...
Next
ADVERTISEMENT
From The Blog