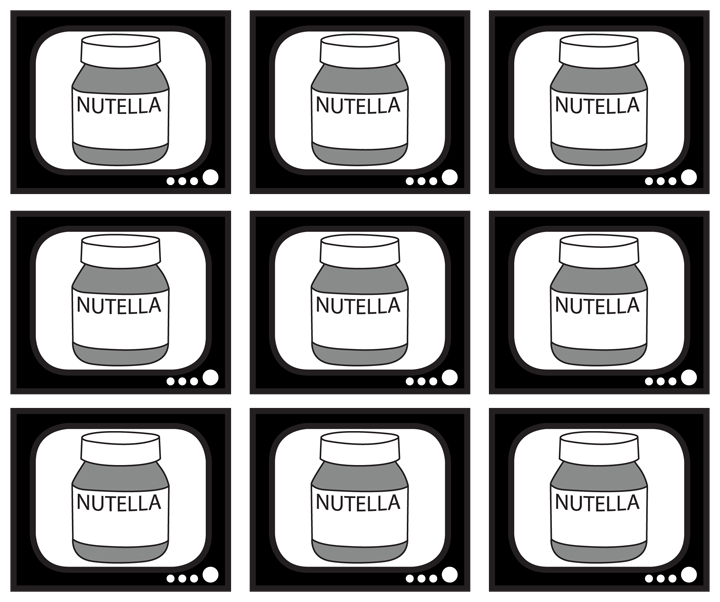 Exploiting the Nutella Affair
By Daniel Stone
There was a bit of a stir last week when the Nutella Affair got picked up by the media. Thousands of dollars spent on a condiment for Ivy League students makes for good news. And so the story traveled from Morningside to the Mail to Munich and became the stuff of small talk and tweets. But this course of events ought to disturb us. While millions have heard of the sweet teeth of Columbians, there has been no honest public discussion of the affair. The absurdity of the situation has produced joke after joke, but the underlying issues have been forgotten.

Columbia Dining is in a bad way. First-years, the largest group using the dining halls, must buy meal plans that cost upwards of $10 per meal. There exists a general cosensus that the money each meal costs could get students better fare elsewhere. In the end, there's ill will toward the dining plan, and it makes sense why so many students choose to leave the Ferris Booth Commons behind, come sophomore year.

This is not to say that Columbia Dining is all bad, but to explain why students feel comfortable taking from the dining halls. First-years realize that something costly and inadequate has been forced upon them, so when they find themselves in need of afternoon snacks but are shocked at the prices at Westside Market, they naturally turn to the dining halls. Why not get some Nutella to go with that $10 swipe? That is how we got in to this mess.

The way administrators handled the affair was also quite disturbing. A student representative wanted to improve the dining halls. He met with an administrator who cited the cost of Nutella as a reason Dining doesn't usually add great new items. Wanting to make progress, he posted the information to the class Facebook group, so that students would know why it's important not to take food from dining halls. Here we have a student trying his best to make a real, positive change, deal with an inflexible administration, and communicate with students.

How did it go wrong? The big numbers got into the Times and everywhere else. The administrators, who were responsible for producing these figures, called them lies. Finally, several days after "Nutellagate" made big news, administrators released the actual figures. The university press release attempted to make light of the way the story had been handled by the media. But what they were doing was denying responsibility. The statement fails to provide answers to the question of how this misunderstanding occurred—in a conversation between Columbia College Student Council Representative Peter Bailinson and Head of Dining Vicki Dunn.

But the worst scandal of the whole Nutella Affair is the failure of the campus community, especially in Spectator, to discuss these problems honestly. This stands in contrast to a tradition of heated interactions between students and dining often recorded in these pages. In the early thirties, Spectator investigated the dining halls and alleged that dining was run contrary to students' interests, for profit. The editor in chief at the time, Reed Harris, was expelled for rabble rousing. Spectator asked to see the dining budget and, when rebuffed, published an editorial against the administration. The next year, they secured access, and found that the University was making more than the two percent profit normally allowed.

1961-62 was a particularly important year for dining debate. At the start of the year, a mandatory meal plan for first-years was proposed. Spectator's editorial board rejected it on the grounds that students would not use all the meals and the dining halls could not hold all the first-years at once, and thus fail to facilitate community. The newspaper ultimately deemed it a profit making scheme. The next year began with price reductions and the year after that with a statement from the head of dining, James MacDonald: "we want the student to have what he wants."

Yearly dining profits were published. Later that year, a comprehensive report was published by the student council demanding primarily that food quality take precedence above profit, provoking wide administrative response. Student investigation and student media have the potential to hold dining and administrators accountable. The response to the Nutella Affair has been a lazy—even cowardly. Here's an opportunity to take part in a tradition of students campaigning for better dining. The fact that a representative tried to do that and has received little support from the administration should be getting more attention.

What matters most to me is that the institution that the dining halls might have been is lost. When University President Seth Low described his ambitions for the Morningside Campus at the turn of the century, he outlined the belief, shared with students at the time: a dining hall in which the whole school could meet to foster a collegiate community. I share in this belief, and that is why I find the Nutella Affair distressing.

The author is a Columbia College first-year and an associate design editor for Spectator. 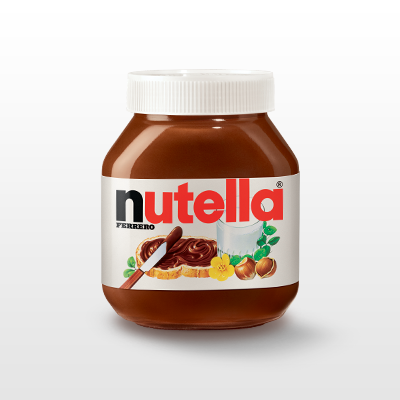 Wake Up Call: Cinco de Mayo, study breaks, and low content
By Brenna Barker
Happy Cinco de Mayo Lions! We are finally finished with classes, gearing up for finals, and Spectrum has started its limited-production mode. It's crunch time. Good luck actually studying for finals instead of playing Frisbee on the mini lawns.
... 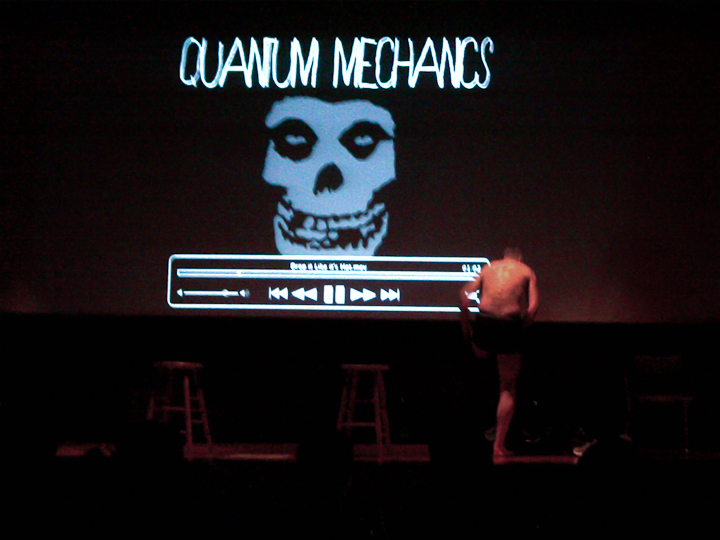 Orientation 2013: From Nutella to Twitter, CU has grown accustomed to national headlines
By Jeremy Budd, Cecilia Reyes, and Tracey Wang
Some of Columbia's top storylines last year included a bizarre performance in a Frontiers of Science lecture, Nutellagate, Faculty House contract negotiations, and an alleged hate crime by a football player.
... 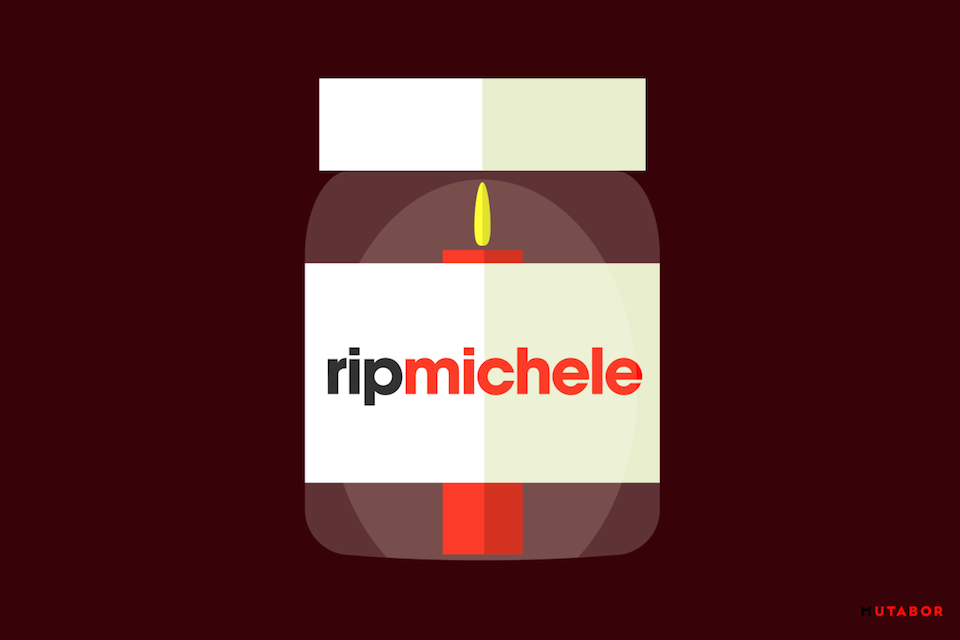 An ode to Michele Ferrero: The ballad of Nutella guy
By Sophia Hotung
Michele Ferrero is best known for his creation of Nutella, Kinder Eggs, Tic Tacs, and other saccharine pleasures. In light of his passing on February 14th, 2015, Spectrum has written a eulogical ode to commemorate Mr Ferrero's service to individuals, the world, and Columbia.
... 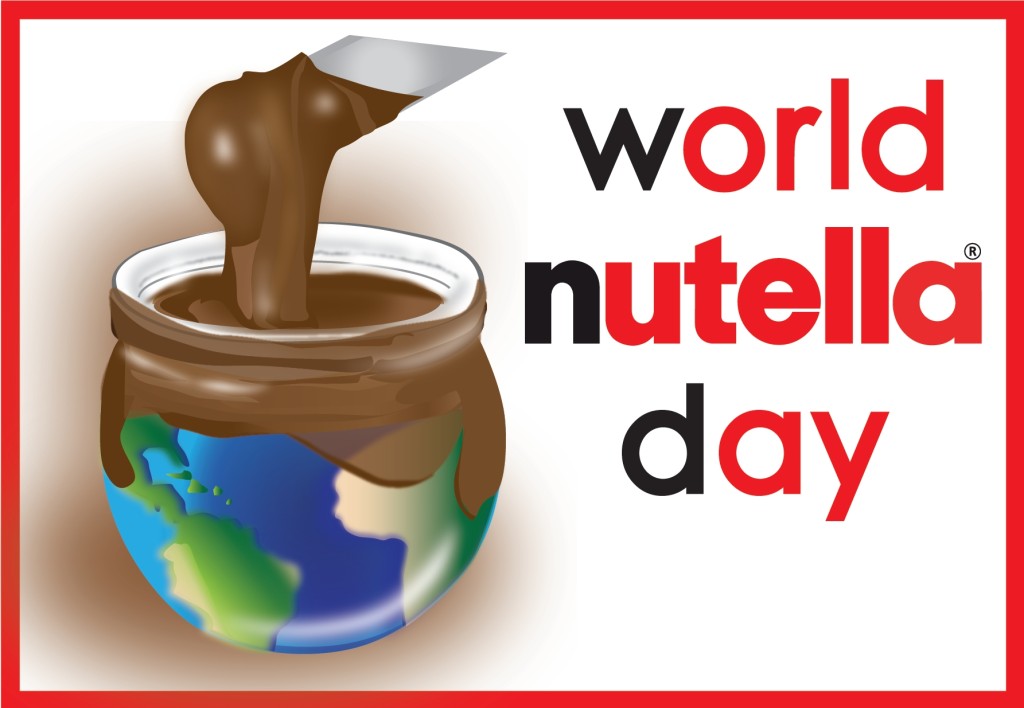 Celebrate World Nutella Day with these easy Nutella recipes
By Irene Kao
It's World Nutella Day! While the days of Nutellagate are long gone, Nutella is just as much a Columbia staple as bagels and JJ's chicken wings. So celebrate and give thanks to Mr. Ferrero for the invention of this godly spread with these easy and few-ingredient Nutella recipes you can make right in your dorm.
... 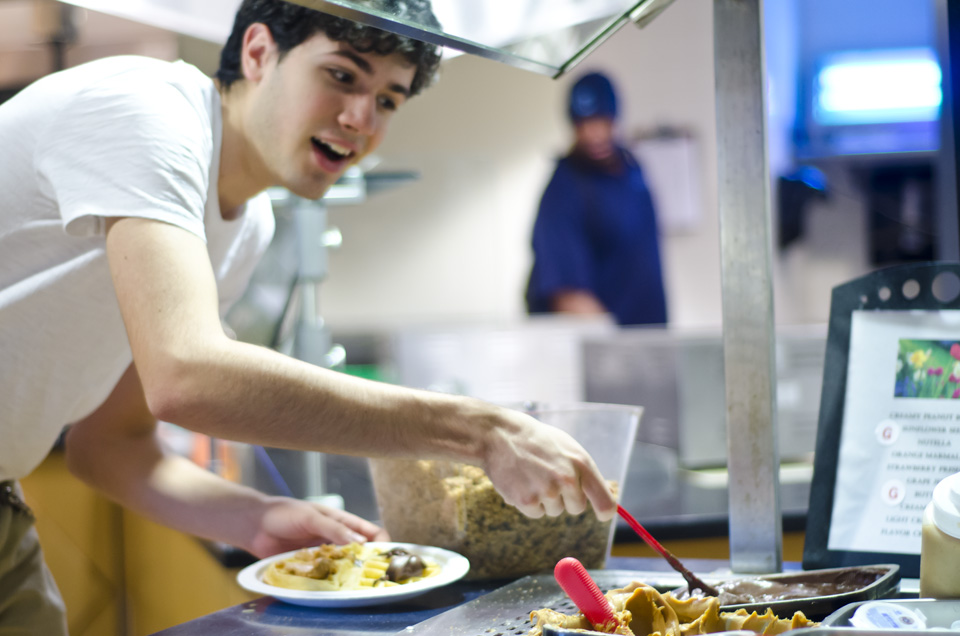 2012-13 in review: $5,000 for Nutella? Price tag enough to attract national attention
By Cecilia Reyes
This article is part of a special issue looking back at the 2012-13 academic year. Read the rest of the issue here.
... 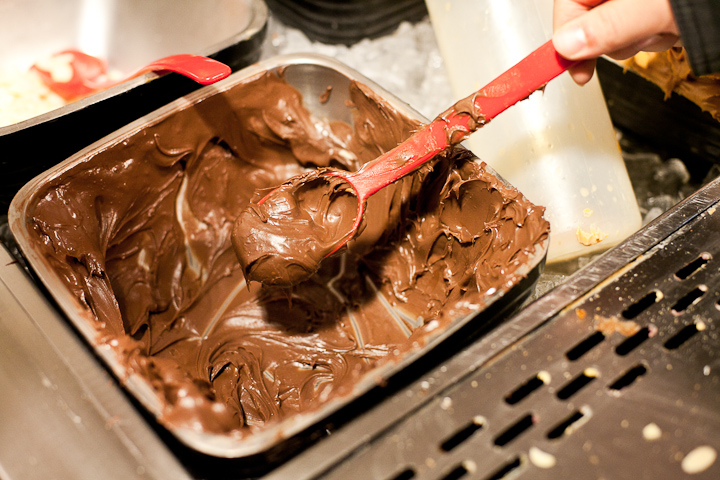 Breakdown of Nutella expenses released
By Cecilia Reyes
After news of Columbia students' fondness for Nutella went viral overnight, the University backtracked, releasing details of its expenditures on the nutty spread in an uncharacteristically cheeky press release.

A spokesperson for Dining Services said that the University spent $2,500 on Nutella in the first three to four days it offered the chocolatey treat in February but that since then, the cost has dipped to $450 per week.

Spectator reported on Tuesday that, according to Columbia College Student Council representative Peter Bailinson, CC '16, Dining Executive Director Vicki Dunn told CCSC's Dining Advisory Committee, of which Bailinson is a member, that the school spent close to $5,000 on Nutella the week of Feb. 11. Dining declined to comment on the price of Nutella when Spectator asked about the $5,000 figure last week.

Bailinson, who is also a Spectator outreach and development associate, first posted the $5,000 price tag on the Class of 2016 Facebook group on Feb. 22, where he urged students to take smaller portions of Nutella. "Please don't take more than you need at that one meal, or we won't be able to continue having Nutella," he wrote.

It was unclear whether a miscommunication transpired between Dunn and CCSC representatives. A spokesperson for Student and Administrative Affairs declined to comment about why a CCSC representative would have reported the $5,000 figure.

After dozens of news outlets—including the New York Times, NPR, and Buzzfeed—picked up the story on Wednesday and Thursday, Columbia's Office of Communications and Public Affairs went to great lengths to combat the unwanted media attention, releasing a statement entitled "Nutella-Gate Exposed: It's a Smear!"

With a dateline of "(Not April 1)," the statement was littered with nut puns and featured a doctored image of Alma Mater holding a spoon and a jar of Nutella.

The statement denied the satirical allegation that comparative literature professors and Nobel Prize-winning neuroscientists at Columbia had received a National Science Foundation grant to study "the Proustian impact of Nutella on human memory."

It also fabricated a quotation by Chief Digital Officer Sree Sreenivasan, described in the statement as "a noted Nutella nut and social media maven," reporting that he said, "I've already retweeted this thing in several time zones myself since I assumed it to be true just based on the Nutella consumption in my house." The press release quickly noted in parentheses that "Sree didn't say any of this... but he easily could have."

Students at Ferris Booth Commons Thursday said they were surprised the story received so much attention.

"I'm not one of those that people judge for taking a lot," Tolu Obikunle, CC '16, said as she ate a bagel with Nutella.

"It's blown out of proportion, probably by students and the media," Joshua Dillon, CC '16, said. "I hope they don't get rid of it," he added.

"When there's something to protest, " Ana Camila Gonzalez, CC '16, said, "everyone wants to put their say in." 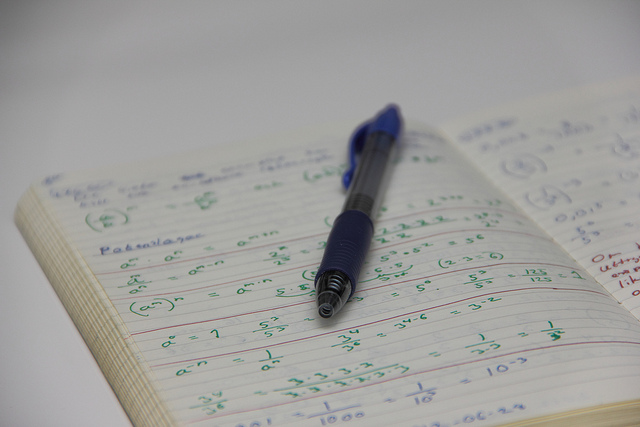 Midterm Snacks
By Dakota Ross-Cabrera
Welcome to the best and worst part of your semester—midterms. Best in the sense that its the first of many (and we mean many) moments here at Columbia when life may seem like an endless search for a seat in Butler at 9 p.m. However, luckily for you we have compiled a list of must-eat snacks for the energetic and happy student! 1. Goldfish and Chex Mix This mix of salty goodness will keep you entertained and full during your time in the library. Buy in bulk at Morton Williams or Westside, and always keep a ziplock mix handy!
... 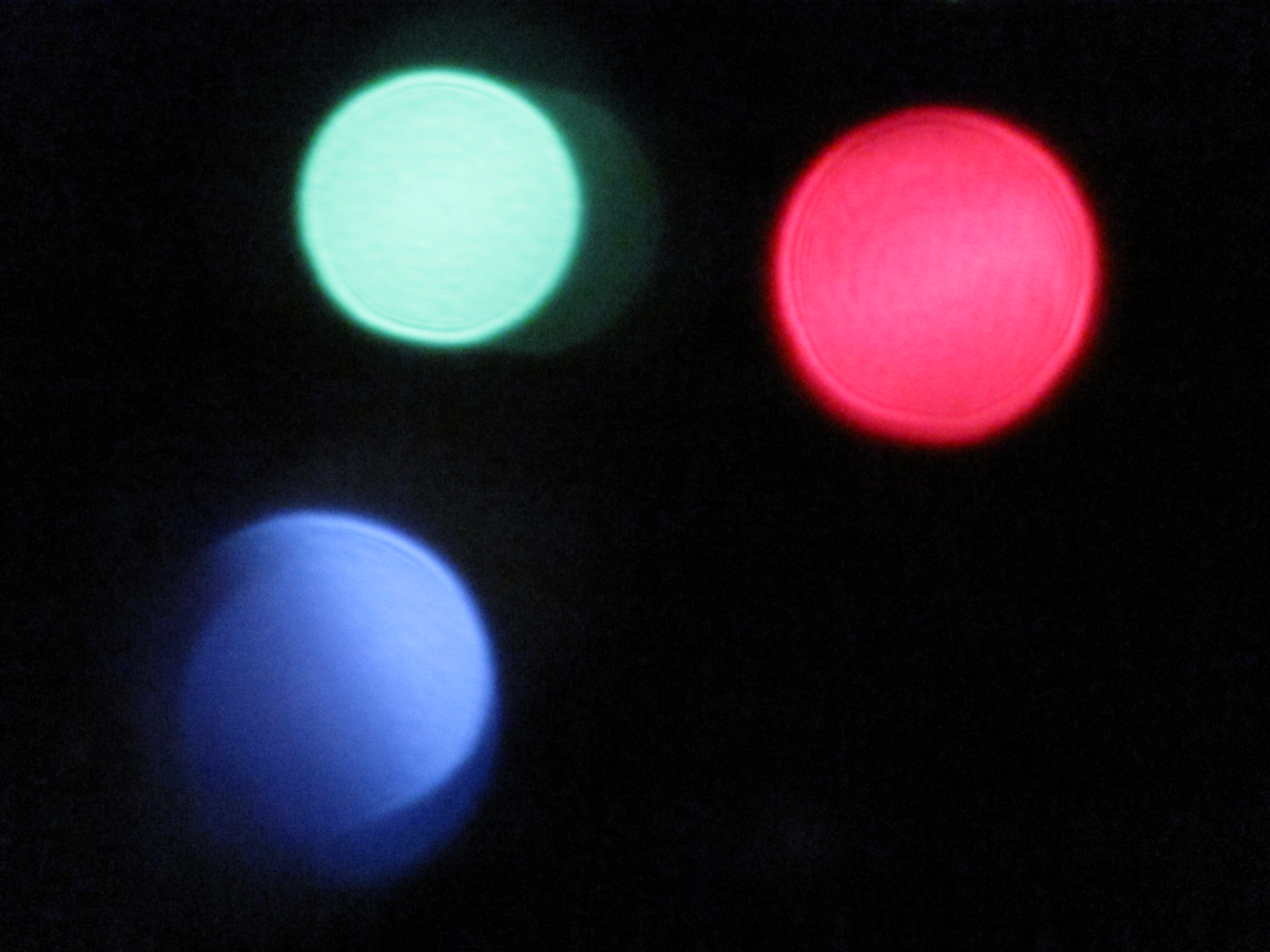 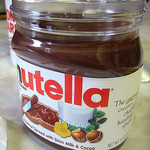 Just Ask Emily: Things you did not need to just ask Emily
By Emily Tamkin
Next
ADVERTISEMENT
From The Blog