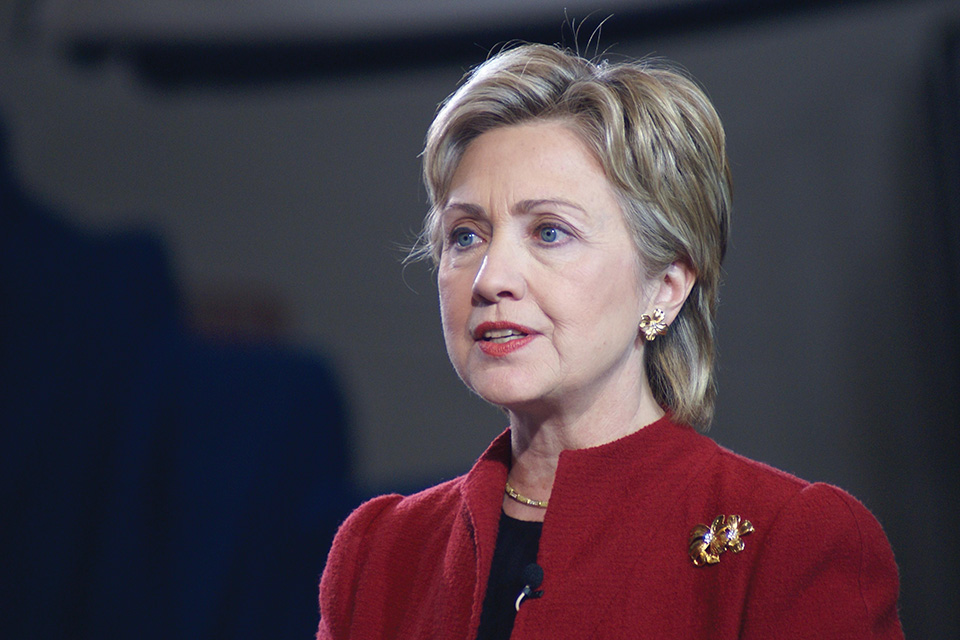 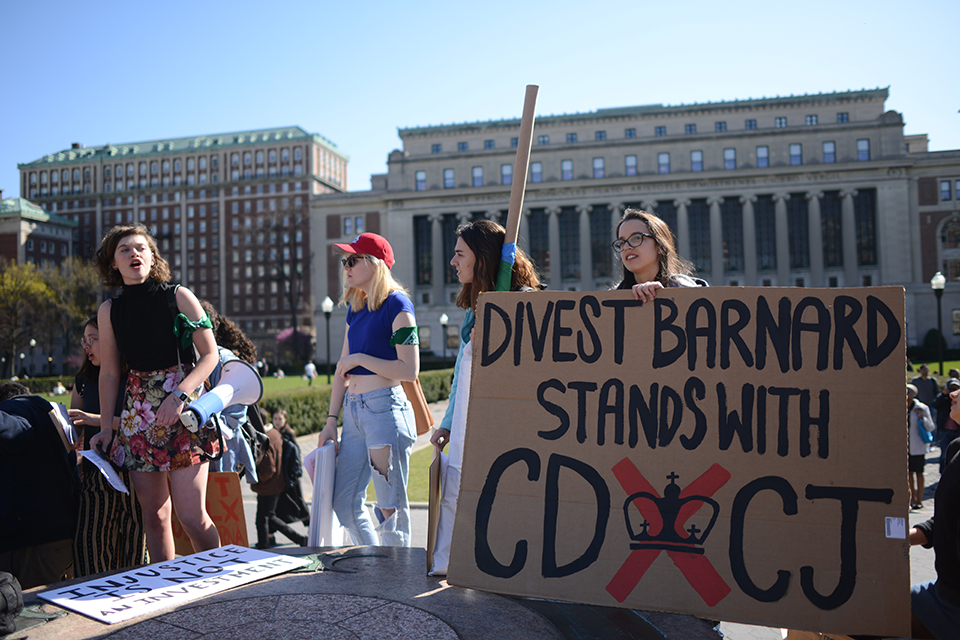 A collective solution to the student call for fossil fuel divestment
By Evelyn Mayo, Christine Pries, and Camila Puig
One year ago, Divest Barnard was invited to speak in front of the board of trustees, the individuals with the highest positions of authority at Barnard. The Presidential Task Force to Examine Divestment was born out of that meeting. Today, we are proud that the Task Force has come to a consensus and is recommending divestment to the board's Committee on Investments.
... 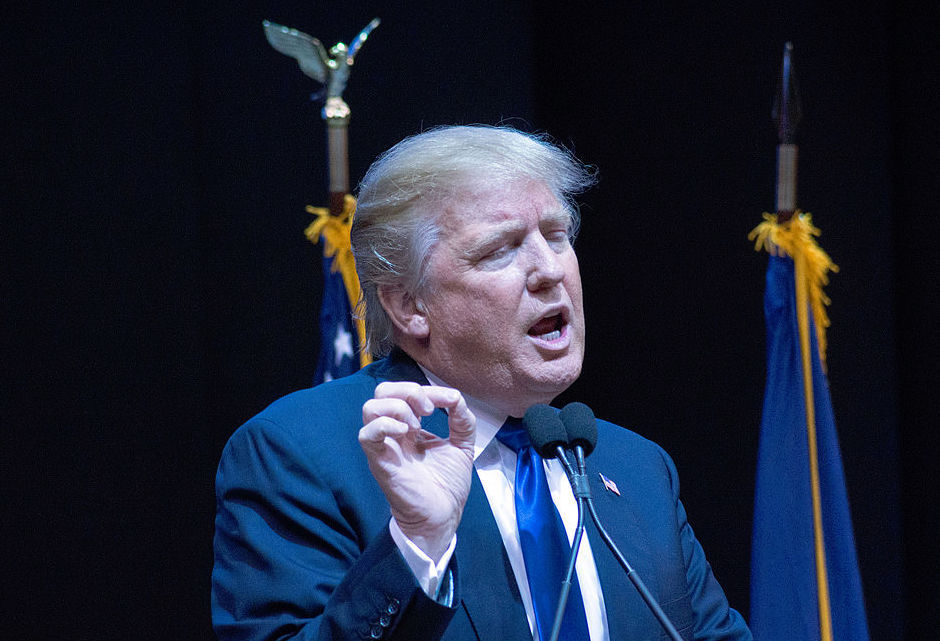 A season of choosing for Columbia's Republicans
By Daniella Greenbaum
Last week, the Columbia University College Republicans caused its already miniscule following to shrink further. In tweets—since deleted—posted from its account, the group demonstrated smallness not in size, but of character.
...
Students, faculty express concern about diversity, transparency at Barnard presidential search listening sessions
By Ainsley Bandrowski
In a set of open forums Tuesday, members of the Barnard community voiced their concerns regarding the search for outgoing president Debora Spar's replacement.
... 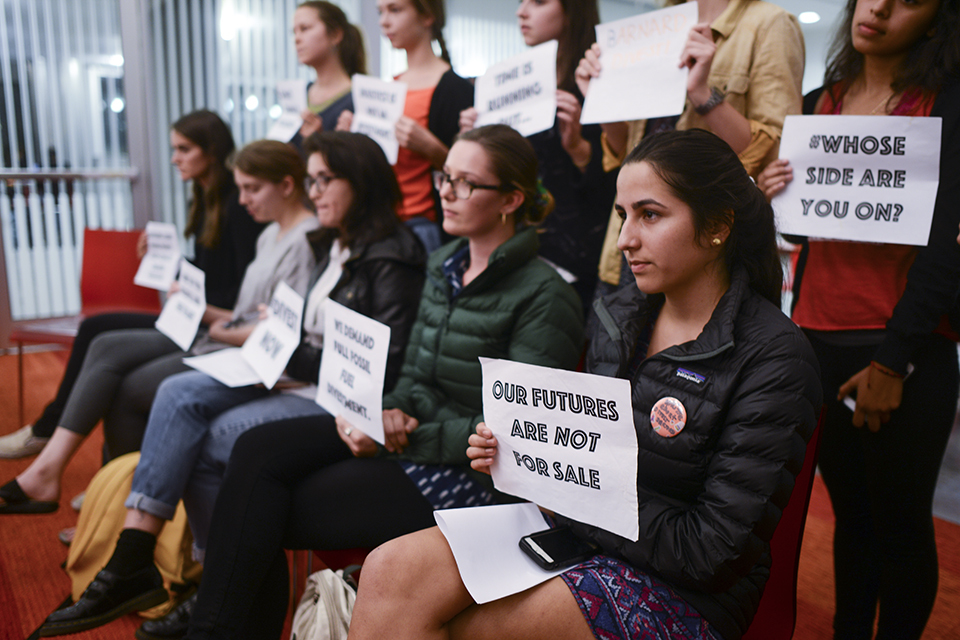 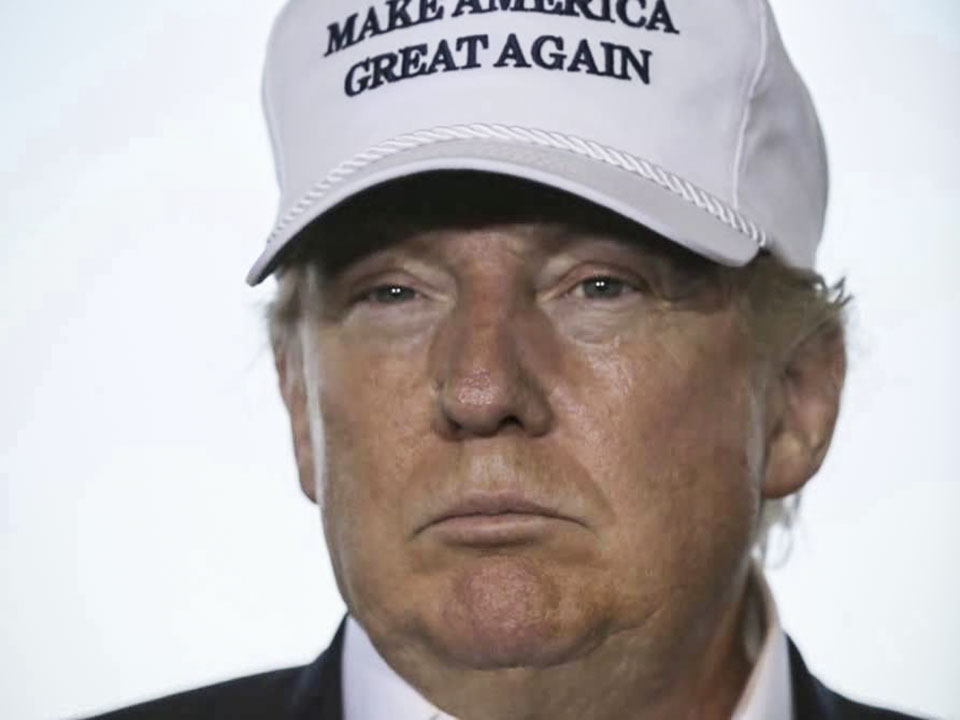 When it comes to voting, the ends justify the memes
By Nikita Singareddy
At the end of fall semester, Ankeet Ball, CC '16, decided to part ways with an item from his seasonal wardrobe. He uploaded a photo of it to Facebook, posting it on Columbia's Free & For Sale page with the caption: "Anyone want this? Bought this summer as a gag but it's getting too real. Free OBO or I'm just going to burn it."
... 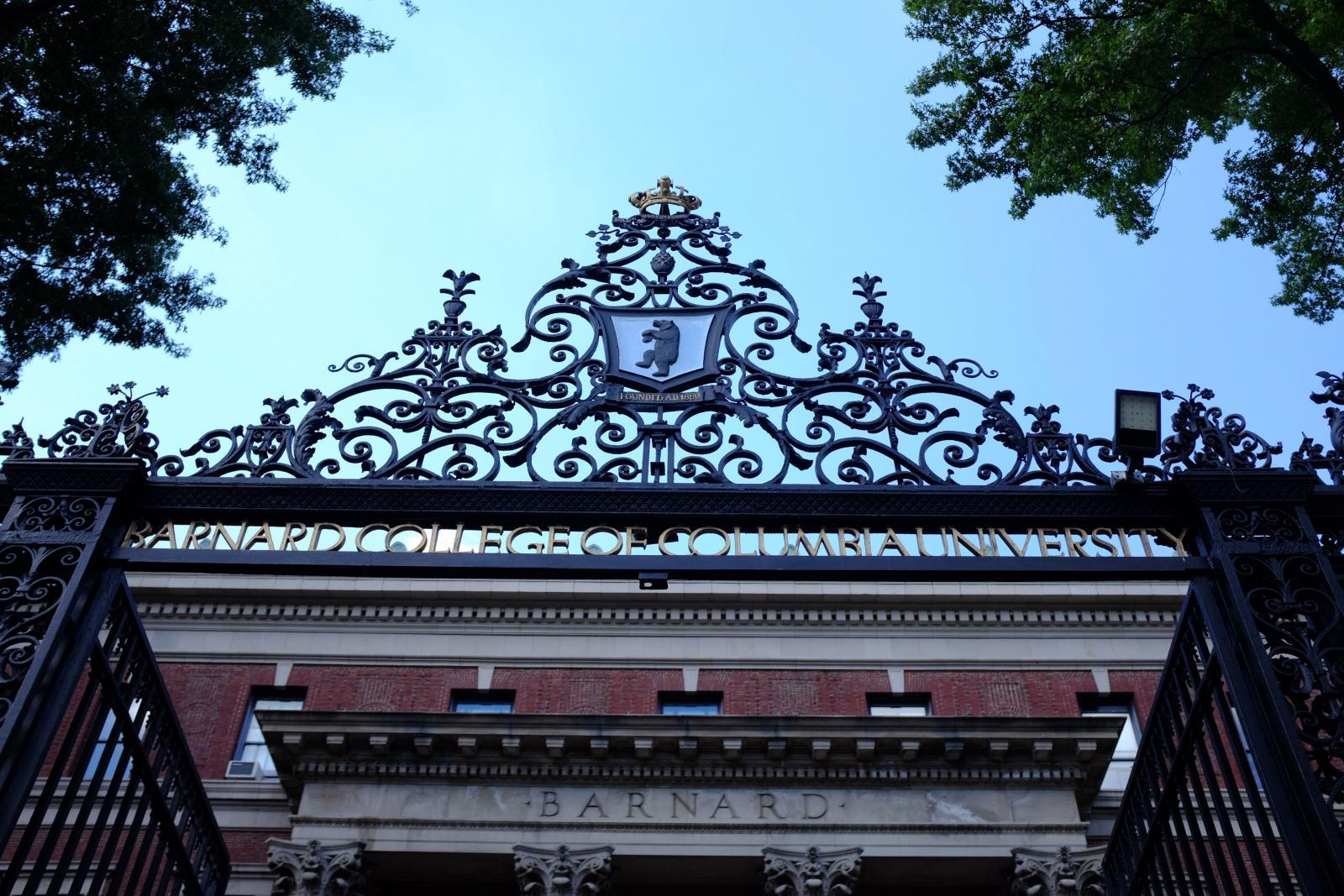 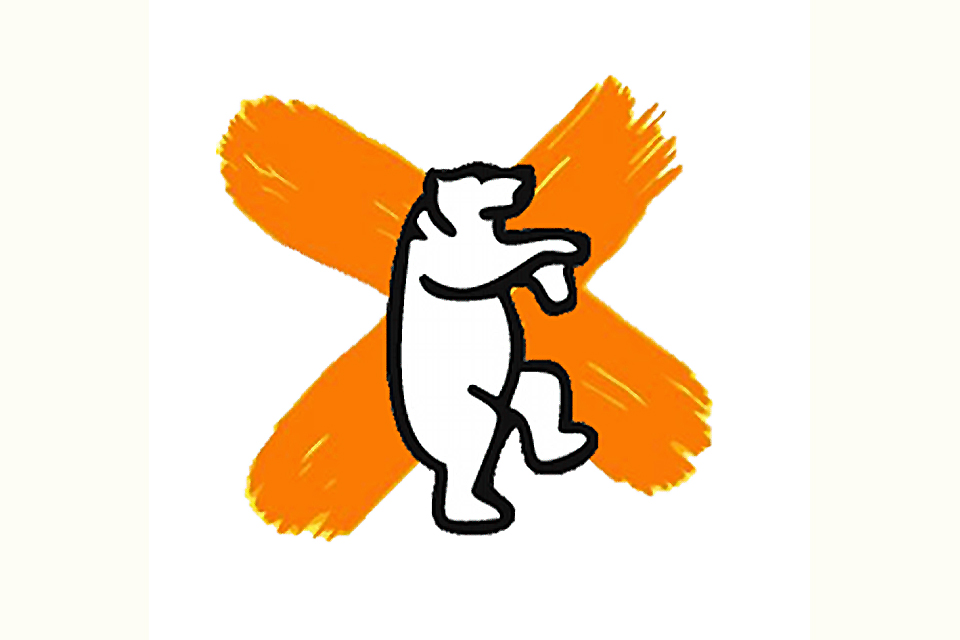 Can you hear us now?
By Divest Barnard
In November 2015, Divest Barnard made our case for the divestment from fossil fuels to the Committee on Investments of the Board of Trustees. We were finally given a seat at the table and knew that our campaign was taking a meaningful strategic shift, though the hardest work was still ahead of us.
... 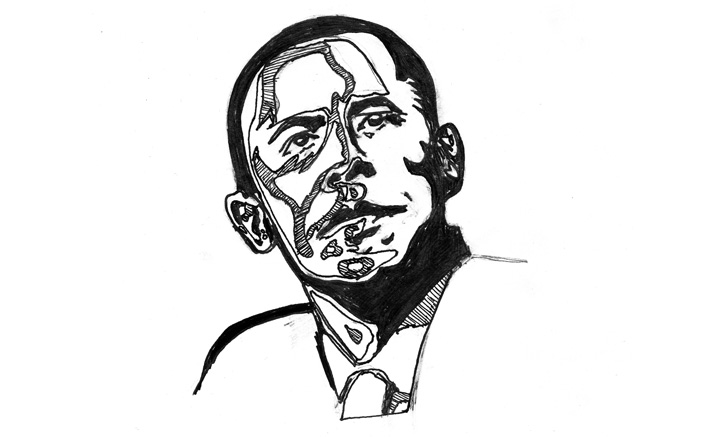 Barack Obama for President
By Editorial Board
Four years ago, President Barack Obama led a historic campaign to the White House. At a time of economic downturn, two ongoing wars abroad, and deepening partisan deadlock, Americans put their trust in the leadership of a charismatic African-American junior senator from Illinois who united thousands around the singular, dynamic idea of "Change."

While at the time most current Columbia undergraduates were not eligible to vote, the energy and excitement of the election, particularly for students, still remains in our memories. Iconic images like the "Yes We Can" slogan and the "Hope" poster flooded our inboxes, Facebook walls, and Twitter feeds, as students throughout the country felt the presence of the election in their lives like never before. Obama's promise for change and progress brought out record numbers of students to vote. Not only did Obama capture the largest share of votes from voters under 30 in recent history at 66 percent, but he also inspired the largest turnout rate of young voters since 1972, the year the voting age was lowered from 21 to 18.

In the four years since that election, we have had a chance to evaluate Obama's politics and leadership. As we look around today, the stakes and situation are far different. A large part of this election will be a referendum on the president's first term: Does the Obama administration's direction on health care, the economy, and foreign policy still appeal to us, or would Mitt Romney and a Republican administration offer a better alternative? Have Obama's promises of "hope" and "change" turned out to be empty rhetoric?

While we leave much of that for the reader to decide, in our position as Columbia undergraduates, we endorse Barack Obama for a second term, as his policies show greater promise for the interests of college students, institutions of higher education, and the American university system.

President Obama has shown a commitment to making undergraduate higher education as affordable as possible. During his first four years in office, Obama doubled funding for Pell Grants—federal aid to low-income families sending their children to institutions of higher education—and his 2013 budget proposal increases funds for Federal Work-Study programs by 15 percent. In addition, the Obama administration has shown that it sympathizes with students as they shoulder the burden of student loans. Obama was instrumental in keeping the federal student loan rate from doubling to 6 percent this summer and his administration proposed to give students more flexibility in paying back their loans with the "Pay as You Earn" plan.

On the other hand, Romney has mostly stayed silent on concrete education policy positions, which raises questions about his prioritization of federal programs for funding college education. Meanwhile, Romney's running mate Paul Ryan gives us reason to doubt his plans for making college affordable. The 2013 congressional budget, compiled while Ryan was chairman of the House Budget Committee and endorsed by Romney, recommends drastically cutting funding for Pell Grants, so much so that some estimate that it would make more than 1 million students ineligible for Pell Grants in the next decade. Those who do qualify would receive less aid, as his proposal includes a recommendation to "adopt a sustainable maximum award" of $5,500 (the current limit) for a decade and refuses to adjust for either inflation or rises in tuition. Obama has demonstrated his dedication to providing opportunities in higher education to all Americans regardless of income, and the same cannot be said for the Romney-Ryan ticket.

In addition to providing greater access to higher education at a more affordable rate, Obama is more likely to support institutions like Columbia in a way that will ensure their continued success, as University President Lee Bollinger told Spectator in a recent interview. We have historical and empirical reasons to believe that American universities benefit from strong federal support. The modern American research university owes a great deal to federal government initiatives to fund cutting-edge research. The uniquely American link between research and education still contributes directly to the international stature of American universities and Columbia is no small beneficiary.

The latest data from the National Science Foundation shows that Columbia received over $667 million in federal research grants in the 2009 fiscal year. Only four other institutions received more money. Columbia's annual operating budget is roughly $3 billion. Without support from the federal government, academics will be hard-pressed to find sources of funding for their research and universities like Columbia, with weaker research arms, stand to suffer enormously in their educational project. On an ideological level, we see federal government support for higher education as crucial. The principles of small government simply will not work for America's universities.

Since the conservative resurgence of Ronald Reagan, America has watched both federal and state funding for higher education diminish. Romney will seek to continue this trend, as his five-point plan for the country mentions education but is lacking in any sort of substance on the matter. The heart of it, an eight-page paper coauthored by four economists—including Columbia and Harvard professors Glenn Hubbard and Gregory Mankiw—is titled "The Romney Plan for Economic Recovery, Growth, and Jobs" and does not discuss education at all. Romney has made few concrete proposals on higher education policy and the little information that is available, including a brief mention of "welcoming private sector participation," would hint that Romney will cut spending toward higher education. We also wonder if "private sector participation" hints at Romney's proposal to cede some control over federal student loans to private banks.

We acknowledge that Barack Obama's four years as president have been far from perfect. However, as undergraduates at Columbia, we find his past policies and campaign platform to be significantly more promising than the alternative, at least for students, colleges and universities, and higher education as a whole.

Additionally, given that we are a group of college-aged students on a campus that embraces diversity, liberal ideology, and student activism, we sympathize with Obama's social policies. We find moral reasons to support legislation from expanded health care to the legalization of gay marriage to the DREAM Act. For example, as college students still largely reliant on our parents' health insurance plans, we embrace the provision in Obama's health care plan allowing us to remain on it until we are 26.

Today, however, we arrive at our endorsement of Barack Obama independent of these reasons. We endorse Barack Obama for president because a second Obama term will better provide for us as students, our educational institutions, and the students who will inhabit them after we graduate.

Editor's note: The views of this editorial solely represent the views of the individuals on the editorial board, not the Spectator Publishing Company.

To respond to this editorial, or to submit an op-ed, contact opinion@columbiaspecatator.com.
... 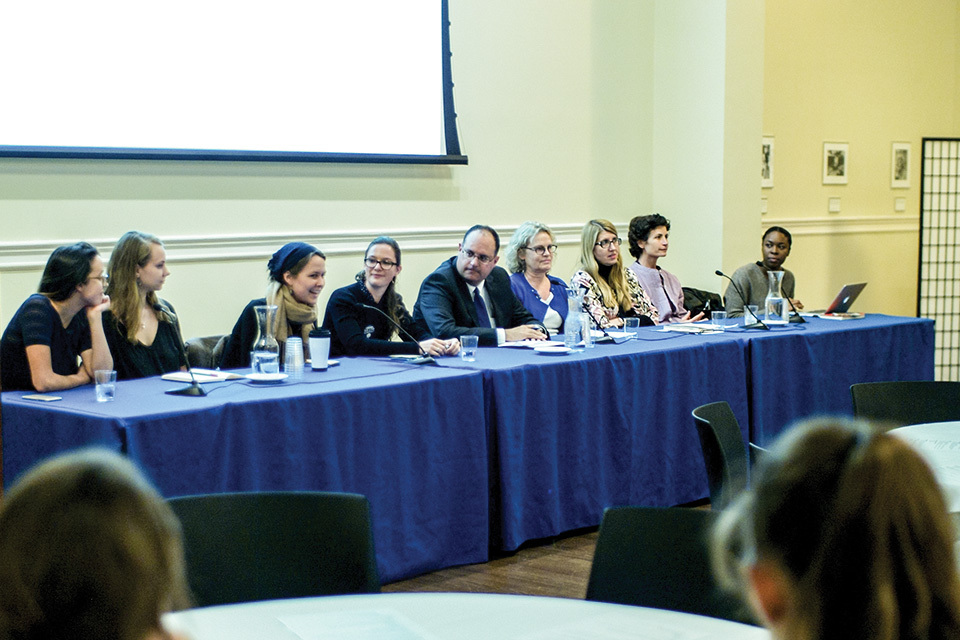 Barnard fossil fuel task force to offer definitive divestment recommendation in November
By Aubri Juhasz
Barnard's Presidential Task Force to Examine Divestment is conducting an in-depth economic and social analysis report on possible ways in which the college can divest from fossil fuels. When it submits its report to the board of trustees' Committee on Investments next month, it will do so with a definitive recommendation on which path the college should take.
...
Back Next
ADVERTISEMENT
From The Blog