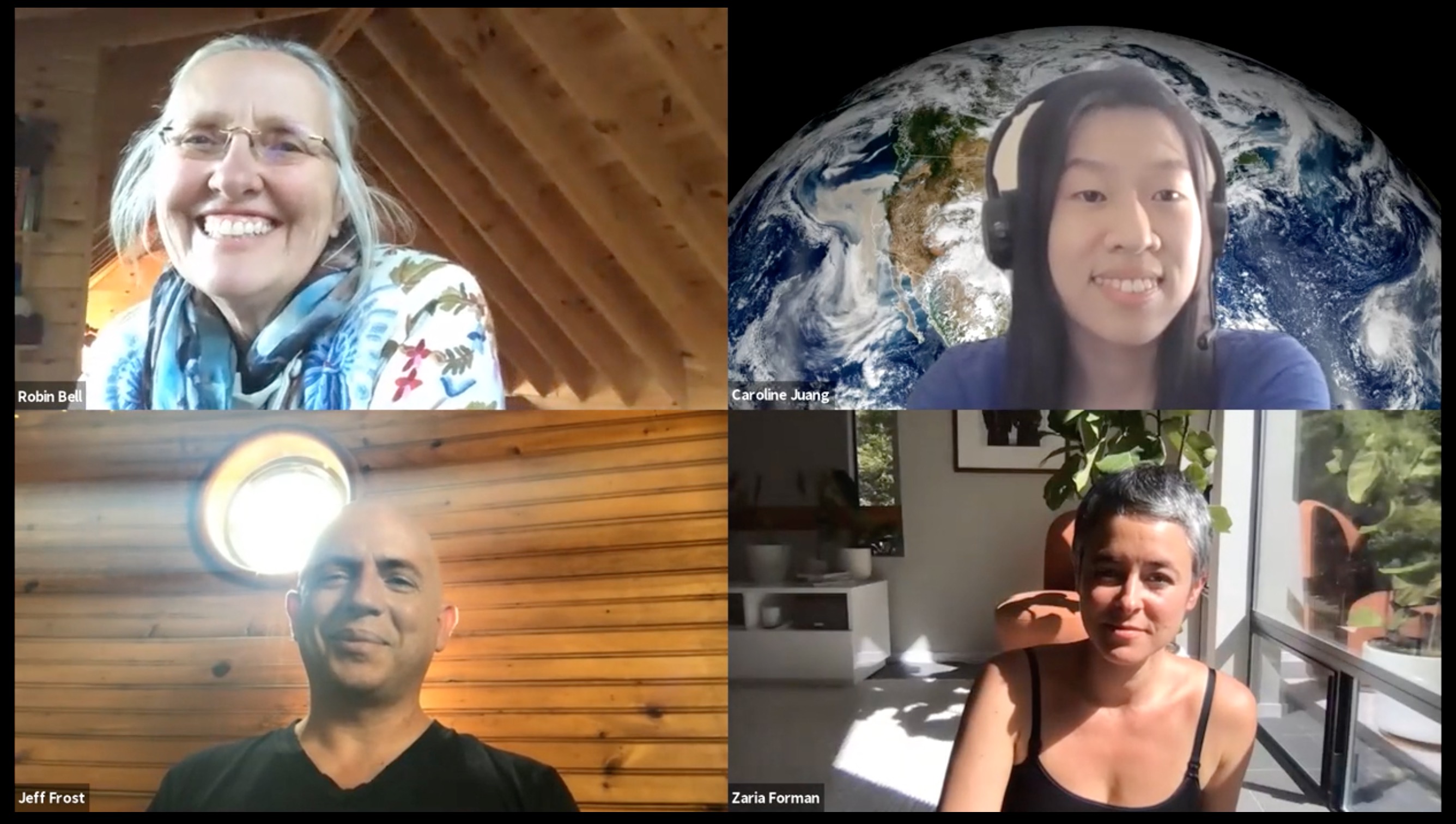 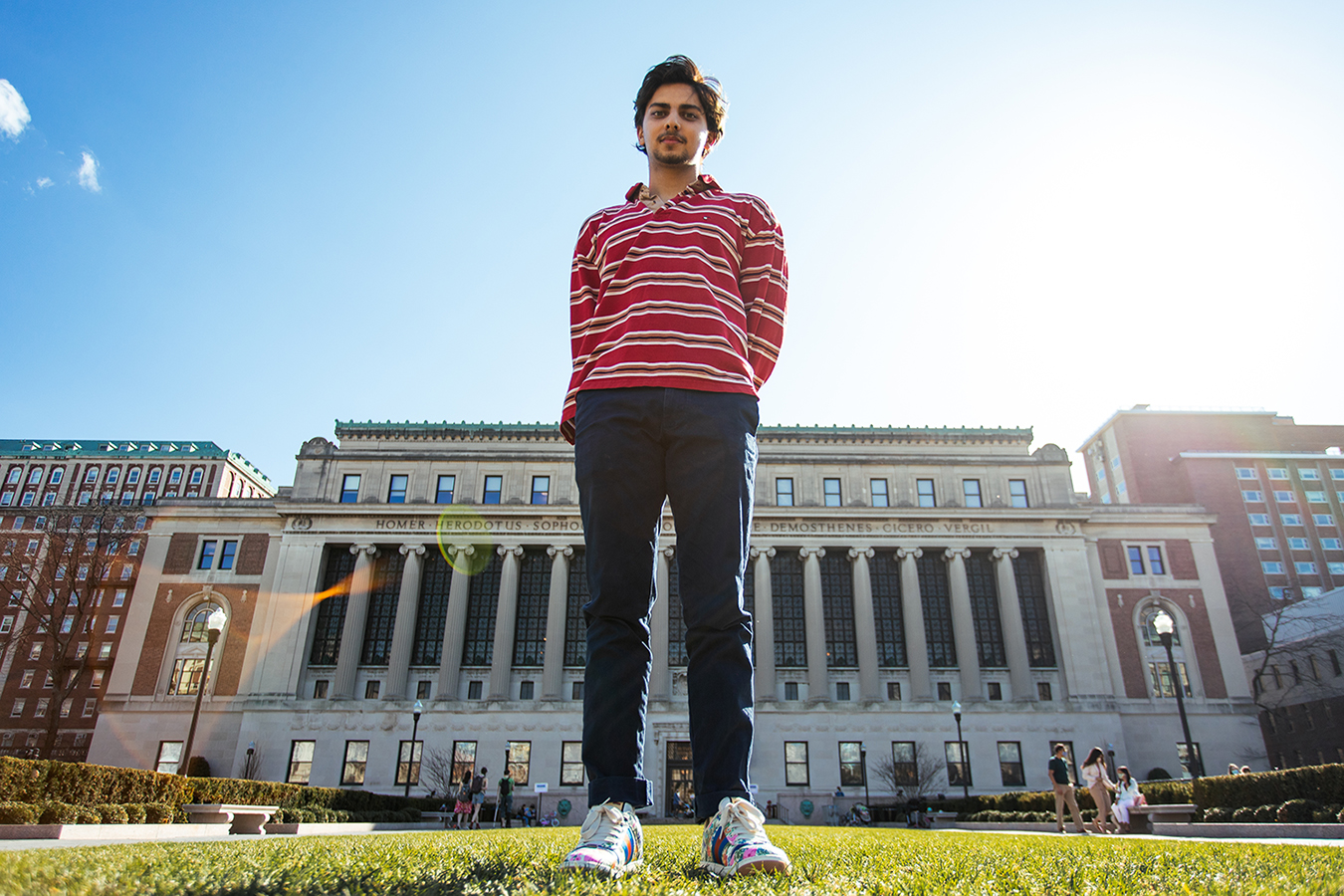 The Useless Art Society fosters community and creative expression in bimonthly Zoom meetings
By Victoria Irizarry Sanabria
When Carlos Alejandro Sánchez-Tatá, CC ’24, began his studies at Columbia in fall 2020, he did not join any student organizations. But by his second semester, he was desperate to connect with other art students. Thinking back on his extracurriculars from high school, Sánchez-Tatá decided to create a club where art students and enthusiasts could meet and create art together.
...

‘Come As You Are’ shorts program showcases stories of authenticity, identity, and self-acceptance
By Victoria Irizarry Sanabria
The Athena Film Festival’s “Come As You Are” shorts program throws out all stereotypes and restrictions surrounding who can be a film subject or director, allowing for the celebration of self-expression. Through the short films, one can discover stories of self-acceptance, resilience, and courage to be authentic.
...

Director Luchina Fisher presents the resilience and joyfulness of a Black transgender woman in ‘Mama Gloria’
By Victoria Irizarry Sanabria
An elderly Black woman wearing pink lipstick and shiny, dangling earrings sits comfortably for an interview. “The only time I entered a closet was to get me an outfit and a pair of pumps,” Gloria Allen said. Raised in the South Side of Chicago during the ’50s, Allen founded a charm school to help the homeless transgender youth in the city. Her efforts stemmed from her own experience of coming out as a transgender woman. She explained that she wouldn’t be the person she is today without the support of her mother, grandmother, and great-grandmother. So, she became “Mama Gloria” for these young transgender people.
...

On the verge of viral: Columbia musicians on creating, marketing, and ascending to fame in a TikTok age
By Bella Bromberg
How to become a star overnight? As of late, the answer is simple: TikTok.

Musician Grace Victoria D’Haiti, BC ’21, uses her voice to advocate and educate
By Esterah Brown
“You say you like to tan because it’s fun / But half the time you burn yourself; how is that fun?” Grace Victoria D’Haiti, BC ’21, asks in her song “Black Looks Better on Me.” The song is simultaneously a Black cultural anthem and a commentary on the phenomenon of “blackfishing,” which is when non-Black people pretend to be Black or alter their appearances to look ethnically Black.
... 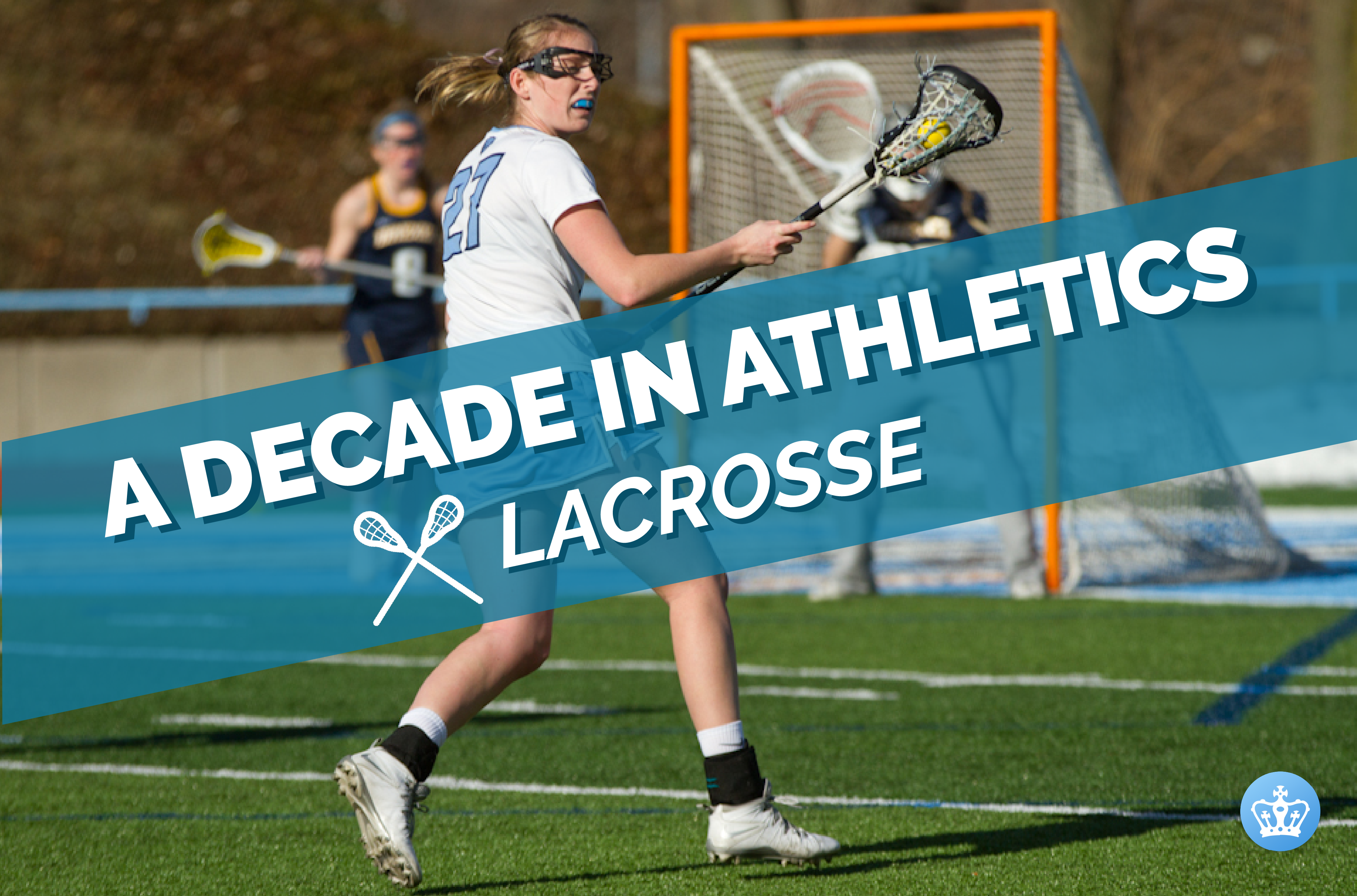 A decade in athletics: Despite a mediocre performance, lacrosse showed flashes of becoming a possible Ivy League contender
By Wick Hallos
The past decade in Columbia lacrosse has seen seven last-place finishes and zero winning seasons, but the Light Blue has still managed to exceed expectations. For the first time in program history, the Lions did not finish the season in last place or tied for last place in the Ivy League—and then proceeded to rank above the bottom of the table two more times.
... 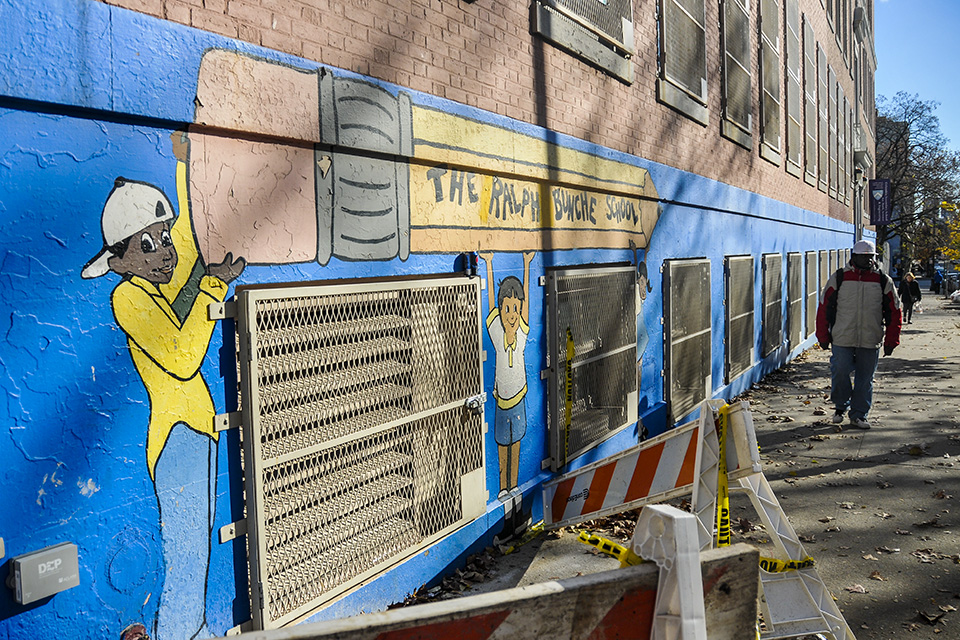 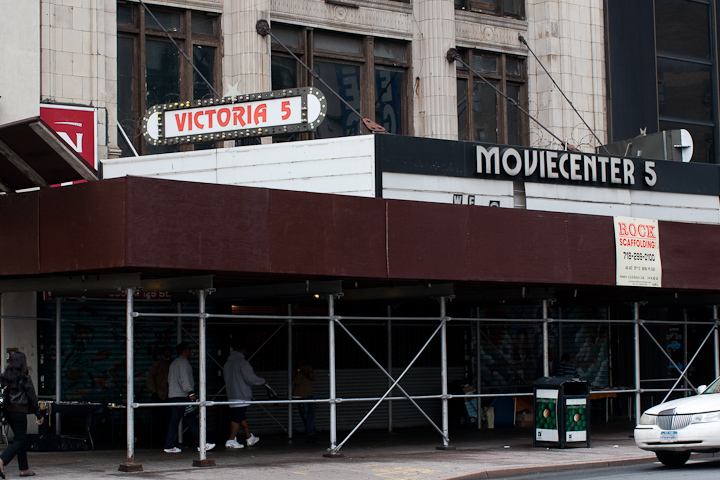 The Victoria Theater, a Harlem icon on 125th Street between Frederick Douglass and Adam Clayton Powell Jr. boulevards, has been vacant since it closed in 1989. It's now slated for redevelopment by Danforth Development Partners, LLC and Exact Capital.

According to Harlem Community Development Corporation President Curtis Archer, the 26-story, 360,000-square-foot complex will feature a 210-room hotel with a ballroom, mixed-income rental housing, a cultural arts center with a 199-seat theater, retail space, a restaurant and jazz club, and an underground parking lot.

"We've made tremendous progress and are, right now, in the throes of locking up a bank for a construction loan," Exact Capital co-president Michael Callaghan said. "We're looking to close on financing in the first quarter of 2013. We'll have a 24-month build schedule, so the building should be complete by the first quarter of 2015."

Some of the theater's architectural features, including the front exterior, the lobby, and the staircase, will be preserved, while the original marquee and blade sign will be replicated. Danforth President Steve Williams said his company is collaborating with the State Historic Preservation Office on the project.

"They have inspected the site and they have come to meetings. We talked with them, and we have gotten their tentative approval on the project," Williams said.

The Harlem CDC, which has owned the building since 1977, chose Danforth to redevelop the site in 2007. The newly developed space, which Archer said will cost $143 million, is also slated to include four arts organizations: the Harlem Arts Alliance, JazzMobile, the Classical Theater of Harlem, and the Apollo Theater Foundation, Inc.

"A number of institutions who had been advocates for Harlem, celebrating the history and culture, were getting displaced by increasing rental rates," Williams said. "I felt that people who had been advocating for Harlem should be rewarded and be a part of the largest development project in Harlem, maybe even in its history. So we put together a team of a broad spectrum of great groups."

Michael Unthank, a consultant for the Harlem Arts Alliance, said the organization is working to create a "collaborative cultural space" with other arts organizations.

"Right now, the consortium of arts organizations is working with the architects to organize the space," Unthank said. "Because of HAA's nature as a service organization, we will serve as the link to the grassroots Harlem art community."

The redevelopment process started in late 2004, when the Harlem CDC, in conjunction with the Empire State Development Corporation, issued a request for proposals. There were 11 proposals, and Danforth's was chosen after a three-year evaluation period.

"In the late 1990s, there was a study that found that the highest growth opportunity in northern Manhattan was culture and tourism," Archer said. "Danforth's proposal totally capitalized on that. The others didn't incorporate cultural components."

The project was delayed by a lack of funding after the 2008 financial crisis. But last year, Exact Capital offered additional funds, and the project immediately got off the ground.

Despite the funding problems and delayed start, Williams said he is hopeful about the project's potential to create jobs.

"Harlem has had lots of residential projects, but it hasn't had the injection of hundreds of new jobs that have the skill sets suitable for local residents," he said.

According to Archer, the project will also create 229 housing units­—about half of them affordable housing.

"When we were first going down this road, we were just looking for condominiums. Then, the condo market tanked, and we shifted to affordable rental units," Archer said. "Now, this is even better, because we can open up to the community."

Williams said that Harlem resident have generally had positive opinions of the project, though some are still skeptical about how it will benefit the neighborhood.

"It may be bringing more jobs, but does it really bring mean more jobs for the community?" Harlem resident Bruce Bobbitt said. "It's very hard to get a job now, so we keep striving for something better."

But Zachary Riddick, who has lived in Harlem on and off for years, expressed more optimism. Glancing across 125th Street at the theater, he reminisced about spending all day there with a 75-cent movie ticket in the '60s.

"I think it's good that they're getting the Victoria back to the days when I was a kid," Riddick said.

"I think it should be preserved," he added. "And I'm glad that they're doing something positive."