Refusing to pay for tuition isn’t a strike
By Philip Jang
As racial and economic disparities both within and outside of the Columbia community continue to be exacerbated by the worsening public health crisis, the tuition strike has gained considerable traction, even capturing the attention of national news outlets. The demands being made of the University are comprehensive, such as a 10 percent reduction in the cost of attendance, more satisfactorily meeting its obligations to the West Harlem community, and more widespread recognition of student workers. These demands have found widespread support in the University with nearly 2,000 students already pledging support, myself included.
... 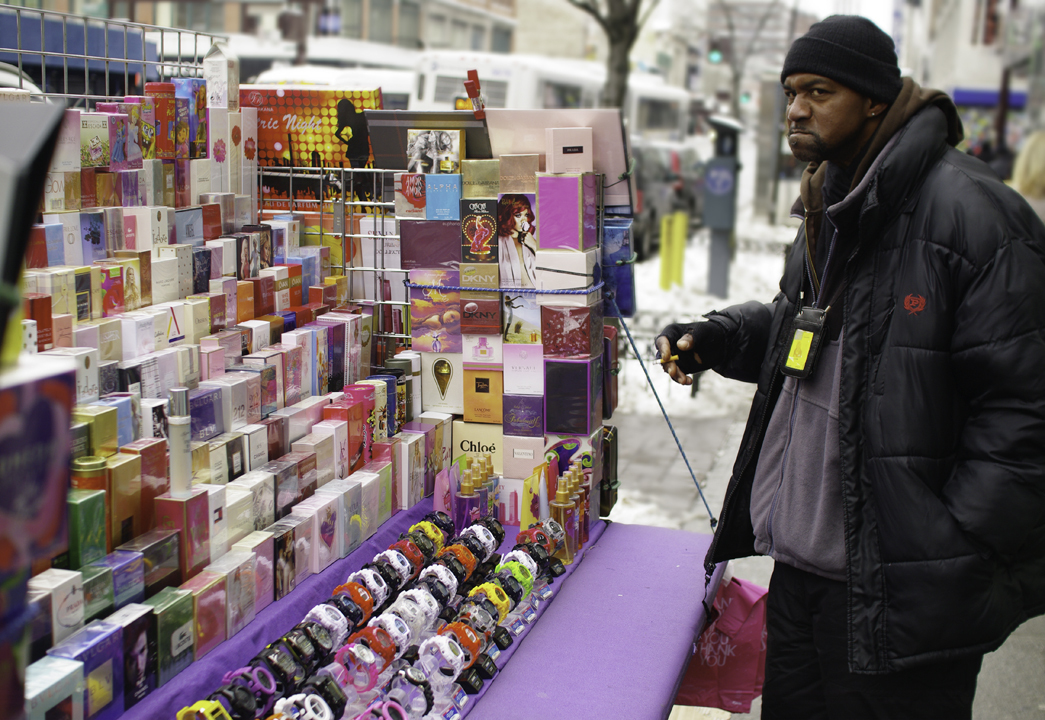 On Thursday, Jan. 12, three unlicensed vendors were arrested, had their products confiscated, and were fined, according to Corey Ortega, a special assistant to state assemblyman Keith Wright.

The sweep of unlicensed vendors—which came a week before President Barack Obama visited the Apollo Theater on 125th Street—was coordinated by New York City's Department of Consumer Affairs and the New York Police Department and stretched from Morningside Avenue to Fifth Avenue.

Ortega, who has been working closely with local vendors on licensing issues for seven months, said that the police action came as a surprise. Wright's office held an emergency meeting the next day to discuss the sweep.

"They were basically just checking each table's license," Ortega said. "They found a lot of people didn't have the vendor's license."

Unlicensed vendors are allowed to sell certain products—such as books, magazines, and other print materials—due to the constitutional protection of freedom of speech. But some unlicensed vendors have also been selling oils, shea butter, beads, and incense.

Ortega said that about 70 percent of the vendors sell oils, and that DCA has informed him "that oil didn't meet the necessary requirements."

This law has been unenforced in the past, though, so the sudden enforcement came as a shock to the community. Moumouni Dawoko, who sells cell phone accessories on 125th Street and has been working with Ortega as a representative of the vendor community, said that for the past 20 years, 125th Street vendors have had no problems selling oils. With fewer vendors this week, the street looked "empty," Dawoko said.

"A lot of people come to 125 for the vendors, because they don't see that in the other parts" of the city, and because items are cheaper there, he said. He added that the 125th Street vendors do a good service, attracting people to the small businesses along the street and benefitting the entire business district.

An unlicensed vendor who sells oils said that he was lucky that bad weather kept him away from 125th on Thursday.

"It was raining that day, thank God," said the vendor, who asked not to be named.

Some unlicensed vendors who were not arrested Thursday are already adapting to the heightened scrutiny. The vendor who stayed off 125th due to rain said he is now paying a licensed vendor 50 dollars per day to man his booth.

"We're just not going to be making the same money," he said.

Ortega said he has been "working with the vending community in terms of self-awareness, self-policing." He added that most unlicensed vendors have tried to apply for licenses but have been unsuccessful, since the city caps the number of licenses given each year.

It generally takes five to 10 years to get a license, according to Ortega.

"The problem is a lot of these vendors, they're immigrants, they come from somewhere else, and they're trying to make an honest living," Ortega said. "Even though you're working your butt off, now you're having no income, even though most of them are applying for the license. But there's no hope."

In order to improve conditions for the vendors, "we're trying to have a vending district on 125th Street," Ortega said. "It will create a number of vending licenses that can only be used on 125th Street."

Ortega called this weekend the "test run" for the vendors to try to get back to work as usual. By today, he expects to know what to expect from DCA and NYPD going forward.

"We'll try our best to see if we can find something within the law," Ortega said.

The NYPD's 26th Precinct did not respond to a request for comment over the weekend.

"We need to support. We want to get back to work," Dawoko said. "That's how we feed our family, that's how we help other people."

gina.lee@columbiaspectator.com
...
ADVERTISEMENT
From The Blog