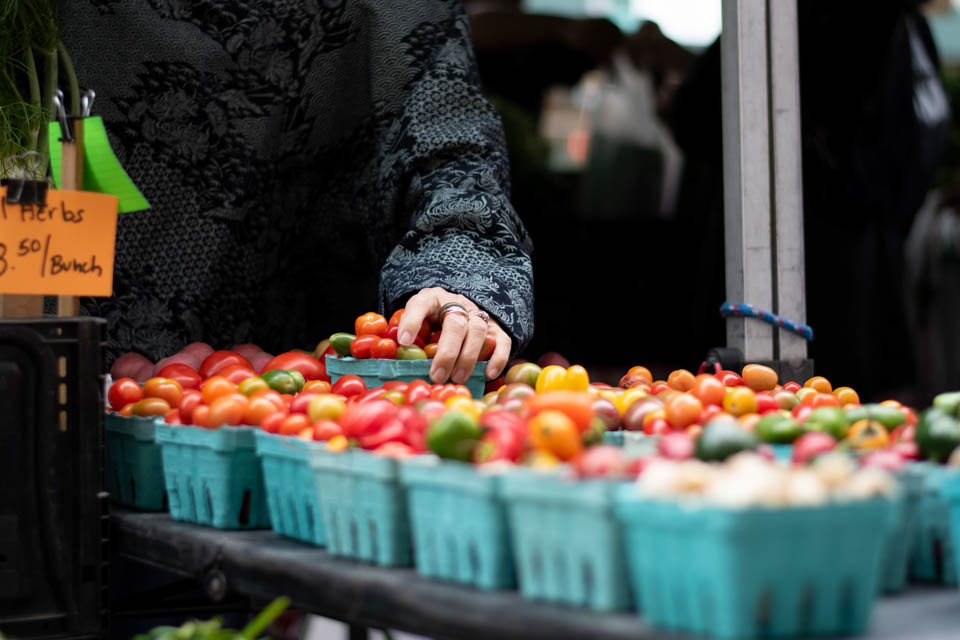 More than a market: Columbia’s Greenmarket sellers discuss the cultural impact of farmers’ markets
By Katie Levine and Noah Sheidlower
Vendors unloading bins of fresh rhubarb and spinach from their trucks, customers crowding around stands selling homemade bread and jam, sellers chatting with Columbia students about farming techniques and food sustainability—this is a typical day at the Columbia Greenmarket.
... 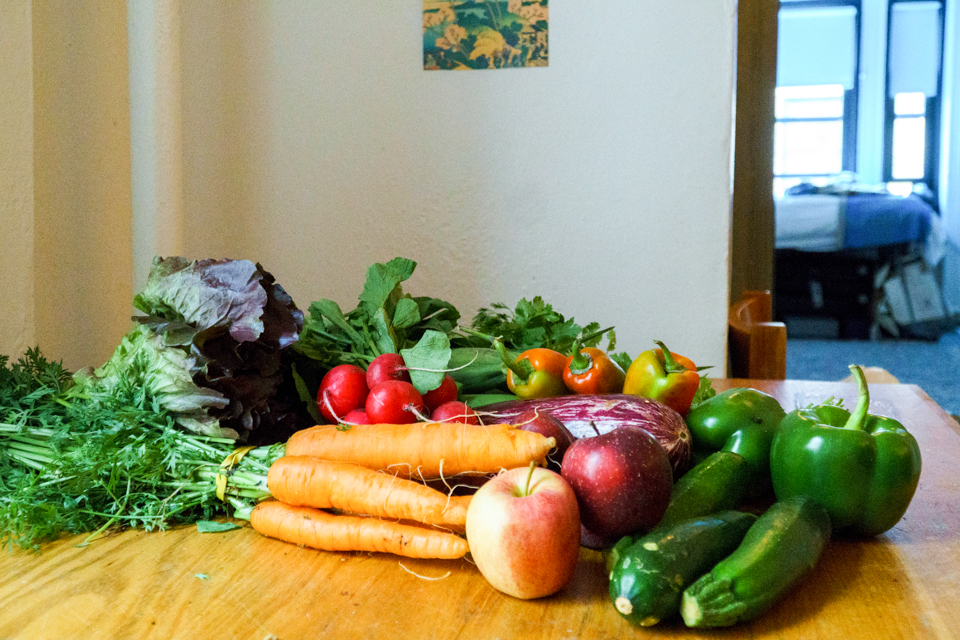 Morningside Heights CSA program embarks on another season of vegetable cheer with student subsidies from CCSC
By Sophie Smyke
Updated Sept. 30 at 9:28 p.m. 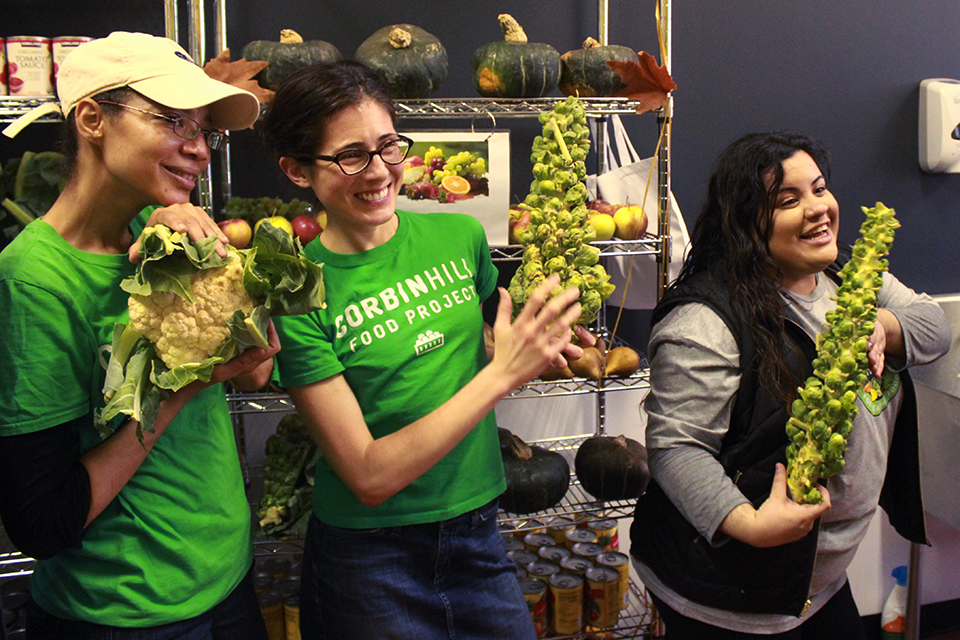 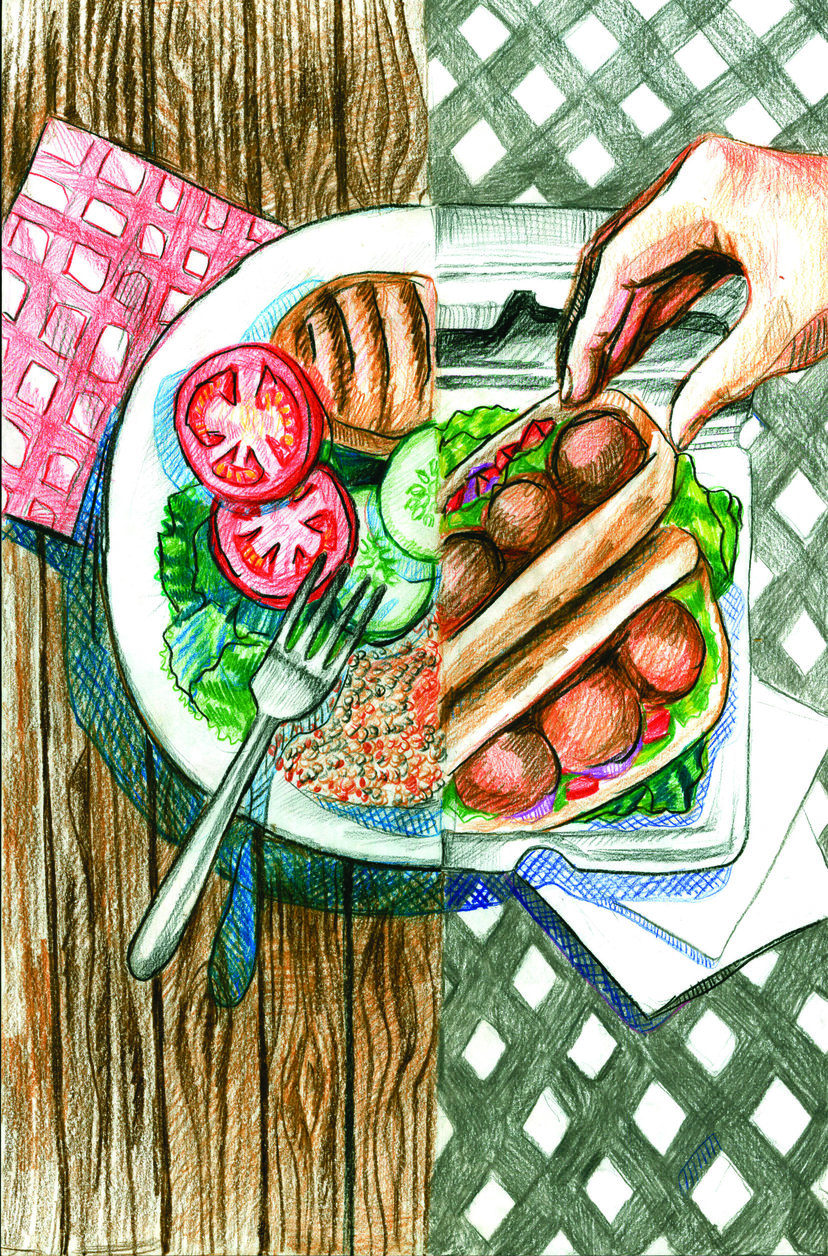 Farm-to-MoHi: The social and financial costs of the neighborhood's changing restaurant scene
By Tanya Zeif
"The vibe strikes me as more retro-barbershop-kale-crostini than it used to be," Hannah Gorman, CC '16, said of the Morningside Heights food scene.
... 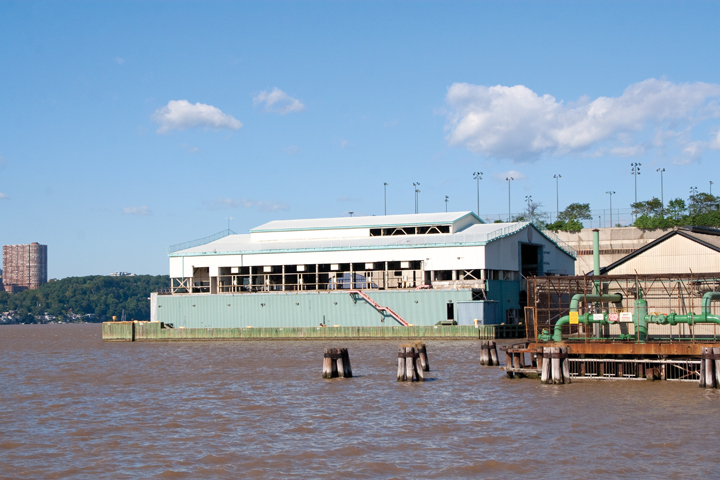 Winners announced in transfer station redesign
By Jillian Kumagai
A competition aimed at revamping a vacant marine transfer station on 135th Street selected its winning entries, and if any of them get built, the Hudson River could become the site of a vertical farm, a movie and entertainment venue, or a culinary center.

Linearscape Architecture, a New York- and Shanghai-based firm, was awarded $5,000 for its entry "Sym'bio'pia."

Sym'bio'pia's dominant features are five centrally located towers to accommodate hydroponic farming—a growing trend in dense urban landscapes, where it is difficult to farm in soil. It includes plans for a culinary learning center, a bike rental and repair shop, and a farmer's market.

Venesa Alicea, a co-chair of the Emerging New York Architects Committee, which runs the annual competition, stressed that the competition is "purely design," but is hoping that Community Board 9 will work to implement one of the winning entries.

The projects would need tremendous financial support to begin structural work before any building could occur, said Alicea, who lives in Harlem. But a redesigned marine transfer station would be both an economic boon and a recreational destination for Harlemites.

"This was an international competition to spotlight this site that the Board has wanted developed for 10 years," Savona Bailey-McClain, co-chair of CB9's economic development committee, wrote in an email. "The Board has wanted aquafarming, hydroponics, mulching and seeding to take place at the site. This might help the effort."

The site of the old station is only accessible from a remote part of 12th Avenue, underneath the Riverside Drive viaduct and away from the hustle and bustle of Broadway.

"We wanted to ask, What will bring people back?'" Alicea said. "One interesting proposal created a dynamic performance space, and there's no performance space like that in that area of West Harlem."

According to Linearscape Architecture's website, Sym'bio'pia "is a prototype for dense urban environments where food can be locally grown year round in controlled symbiotic environments and distributed through existing networks of farmer's markets, grocery stores, and community supported agricultural pick-up areas."

The competition, which began accepting proposals in October from architecture students and licensed professional architects with 10 or more years of experience, generated 98 entries from 16 countries.

While ENYA officials said that many teams originated from the New York metropolitan area, the competition also attracted entries from Iran, Italy, and Australia.

At an ENYA meeting on Thursday night, Alicea said that the jury—which included building and landscape architects, an urban planner, and a microbiologist—was looking for proposals that were both innovative and feasible.

"We didn't want all the entries to be about vertical farms, because that's not a solution," Alicea said. "We wanted a question—something that creates enough openness that you can pick and choose what it is." 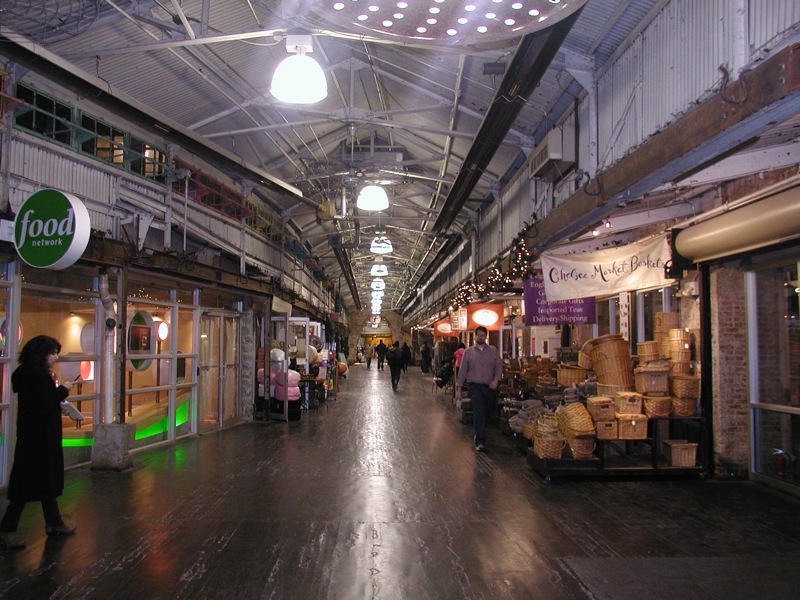 Friedman's Lunch to open near campus
By David Salazar
Farm-to-counter fans, rejoice yet again. Yesterday, Crain's New York reported that Friedman's Lunch — a farm-to-table, gluten-free eatery that got its start at Chelsea Market— is set to open near campus this fall. The restaurant will be at 1187 Amsterdam Ave., between 118th and 119th streets, and will replace Haakon's Hall, the venerable bar that few knew about and fewer frequented. Though Crain's reported that it would be opening in October, Friedman's Lunch Executive Chef Justin Brunwasser told Spectator in an email that an opening day was not yet certain. "We have just signed the lease and are in the progress of renovating," Brunwasser said in the email. "No time frame on an opening date as of yet; but we can say we are really excited to bring our concept to Columbia University and the Morningside Heights community.more Haakons Hall opened in 2009 as a restaurant, but underwent some changes in 2011, removing table service. In the past few years, it's operated largely as a bar, with a $7 beer and shot special every night and a couple pool tables. In 2012, a woman was stabbed there. Friedman's Lunch owner Alan Phillips told Crain's that "the Columbia University population has been grossly underserved" when it comes to farm-to-table restaurants that are also aware of food allergies. Once Friedman's lunch opens, it will be the second farm-to-table fast-casual restaurant near campus, alongside Dig Inn (maybe Friedman's Lunch will DELIVER). The happiest people might be SIPA students and EC residents, since the location is close to both. Here's hoping the latter make it their regular spot. In the immortal words of Tina Fey and Alec Baldwin, we might not be the best people, but we're not the worst.
... 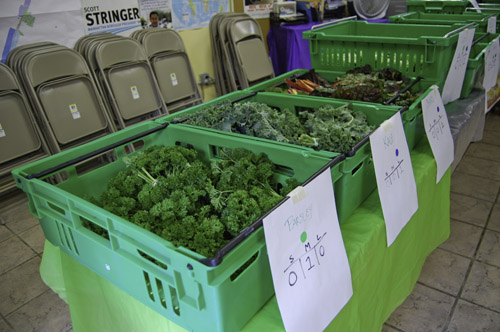 At West Harlem farm share, locals swap health tips
By Abby Mitchell
Even on a rainy day, Mildred Greene is willing to make the trek to 132nd and Amsterdam for what she calls West Harlem's best produce. "It's as fresh as it gets," said Greene, a North Carolina native and West Harlem resident. "A whole different taste from the veggies I've bought in the past, and I'm a country girl." Greene is a member of the West Harlem farm share, a program that began selling fresh fruits and vegetables from upstate New York farms out of a local Democratic Party office this June. In a neighborhood that has typically been underserved by traditional grocery stores, the farm share has proved surprisingly popular. At the official opening this past June, Manhattan Borough President Scott Stringer said, "Harlem Farm Share is a milestone in our efforts to remake food deserts into oases With Harlem Farm Share, we're bringing fresh food to the community—and new hope to its residents." The share is part of a citywide farm share network with over 18 locations and 1,100 participants, handled by Corbin Hill Road Farm, but it is the first to be endorsed by the Manhattan borough president's office. In the last few months, Corbin Hill coordinator Sabrina Wilensky says the West Harlem share has seen some of the greatest growth of all of their locations, with about 40 current members. Unlike other programs, the West Harlem farm share allows members to pay each week rather than a lump sum up front, which can be off-putting to low-income residents. The share also has a donation fund to support people who can't pay the full fee. This week's portion contained bell peppers, carrots, kale, apples, cantaloupe, and corn, among other fruits and vegetables. Members can sign up for a small, medium, or large share—or portion—for between $5 and $20 a week. But, according to site leader Christine Johnson, "It's really cheap for what you get." Farm share ambassador Millicent Reddick says she is optimistic that the program's numbers will grow, especially since the organizers are reaching out to local day care centers and community organizations. She said the program's success has stemmed from attracting a wide variety of people, from the health-conscious to avid meat eaters. While Greene regularly uses her portion to make fruit juices and smoothies, newcomers like West Harlem residents Joe Pena and Marchal Ragin say they are still adjusting to a healthier lifestyle. "This isn't the kind of thing I eat regularly," said Pena, gesturing at bushels of kale and chard. "A lot of this stuff, I don't even know what to do with it. When I go to the supermarket, I grab meat." He added that he's trying to learn new ways to cook and boasted to volunteers about his eggplant Parmesan. Both men found the farm share by chance but said that it has become a positive, easy way to grab fresh food. "I was in the barbershop and saw a bunch of people and thought I'd check it out," Ragin said. "It's very convenient, coming here you look forward to it." For Wilensky, reaching people like Pena and Ragin is what makes the farm share and community health education so important, particularly in a neighborhood lacking in sources for fresh produce and with high obesity rates. "They're not just in it for the food," she said. "Eating better helps every part of your life, your body, while building a sense of community around a healthy lifestyle." Melissa von Mayrhauser contributed reporting. abby.mitchell@columbiaspectator.com
...
ADVERTISEMENT
From The Blog