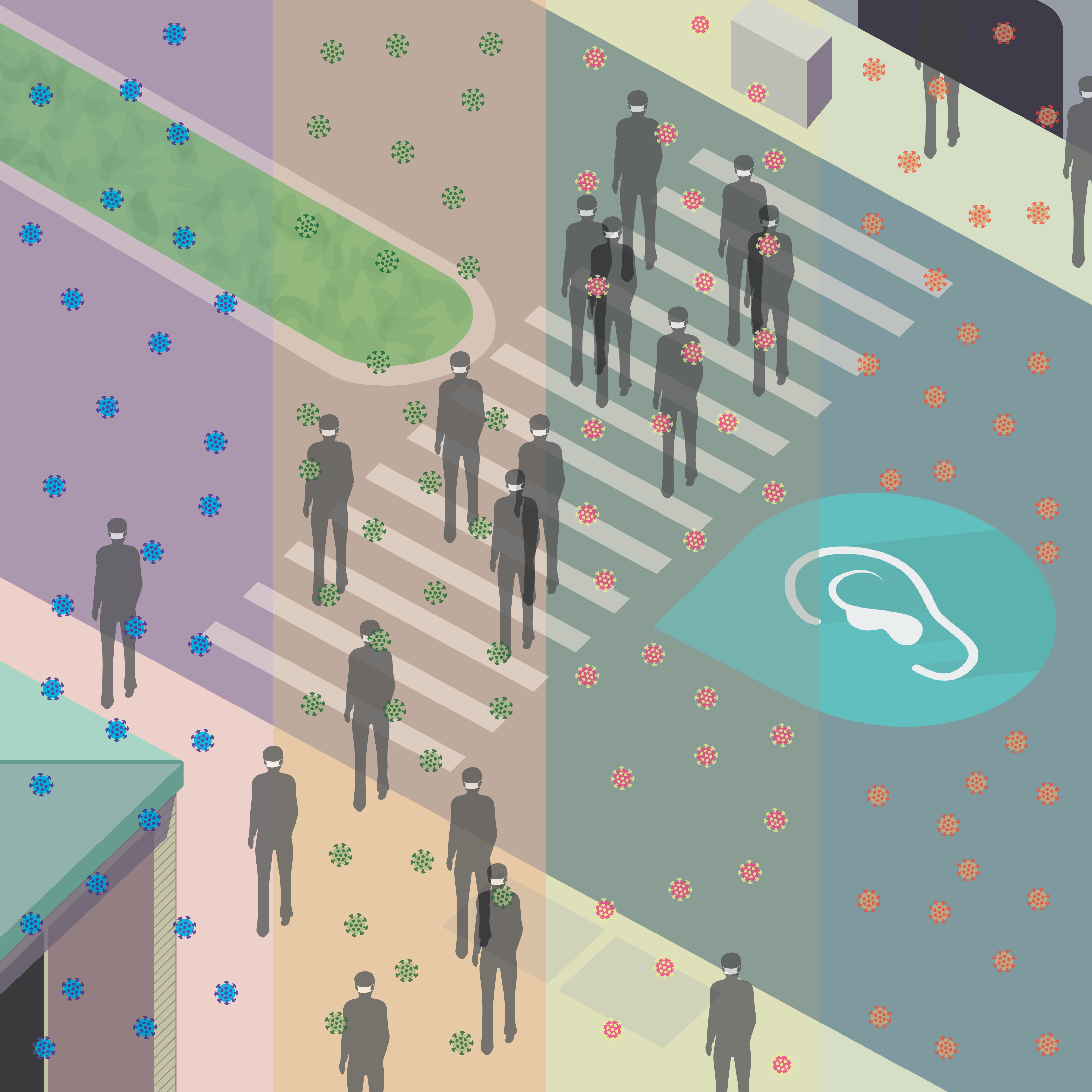 The Continued Crisis
By Teresa Lawlor and Sam Hyman 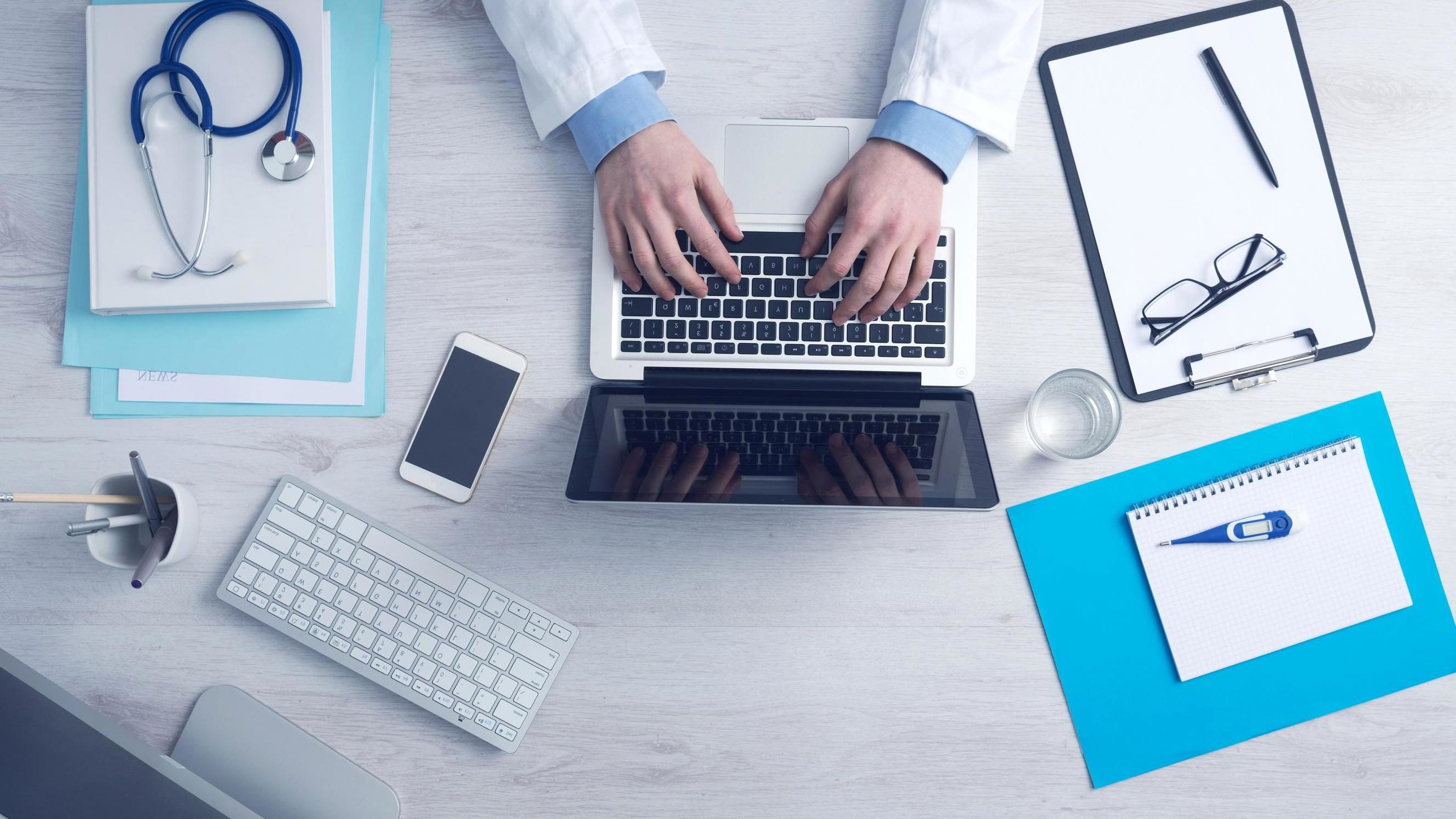 Acing Aetna: Local doctors who will take your student health insurance
By Peyton Ayers and Madeleine Leddy
Updated at 4:15 P.M. on Nov. 21: A previous version of this article implied that students can go to a general practitioner or specialist without paying the full price of a visit or needing a referral. This is not true—students do need a referral and could be charged full price for a visit without one.
... 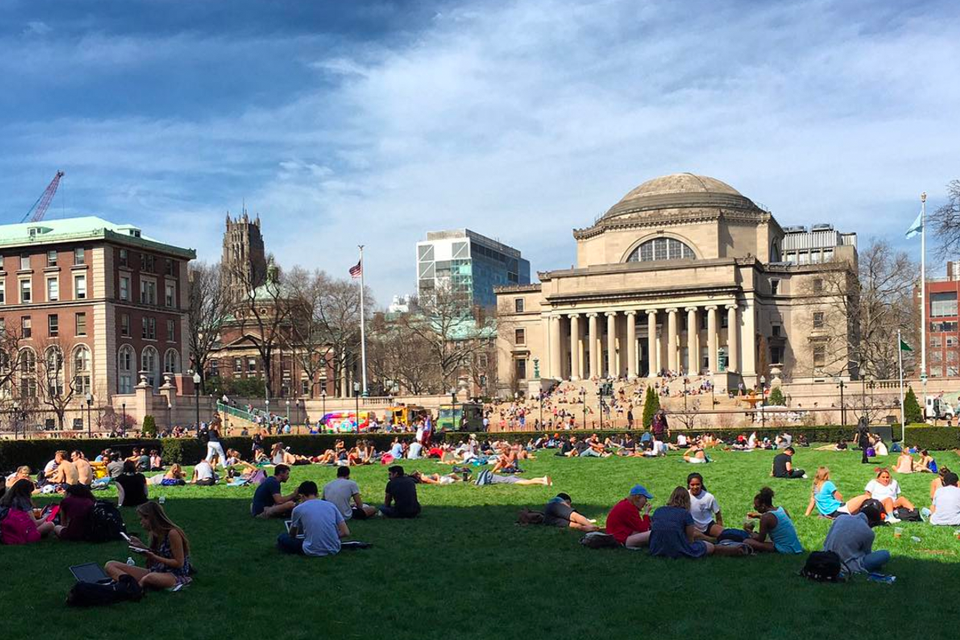 Taking finals with the flu: What to do if it happens to you
By Victoria Yang
During reading week, you wake up with a case of the sniffles. You brush it off as nothing, but then your throat gets itchy, your body feels achy, and before you know it, you’re too tired to get out of bed. The whole semester has been building up to finals, but nature decided to throw a curveball at you and bam, you’re sick. What should you do??
...

Barnard's Student Government Association has formed a committee to address the swine flu at Barnard, the Community Flu Assistance Committee.

Members of the ad hoc committee—called "community flu assistants"—will have a say in creating and changing emergency health rules at Barnard, as well as lending support to ill students. As Columbia students formed a labyrinthine line around Lerner Hall waiting for services at the Flu Shot Fair, Barnard figured out how to handle outbreaks. Dean Dorothy Denburg mentioned swine flu's presence at Barnard in a Sept. 24 e-mail sent to students titled, "IMPORTANT FLU UPDATE."

"We are beginning to see cases of H1N1 in the Barnard community," she wrote, before urging students to register all flu-like illnesses "right away" at www.barnard.edu/flu. And when logging into eBear—Barnard's SSOL—students are greeted with a small, benign pop-up, reminding them to call the swine flu hotline.

Barnard administrators, including Assistant Dean Jessica Nunez who works in the College Activities Office at Barnard, reportedly wanted more student involvement in discussions about the virus on campus, according to SGA President Katie Palillo, BC '10.

While the committee is entirely student-run, Nunez will serve in an advisory capacity, Palillo said.

Still, the structure of this committee is still up in the air, and no one has been been selected as committee chair. "Applications are still coming in," Palillo said, but it will likely be co-chaired by both a member of the SGA representative council and a non-SGA student.

"It makes sense to do something about it as long as the sick kids take initiative," Nicole Bagarella, BC '11, said, adding that student participation would depend on the policies enacted.

"I would consider doing it," Ariela Wenger, GS/JTS '13, said of potentially participating in the committee. She also said that the concept, at least on the onset, seemed to be a good one. "I think it could make sense if there are policy-related things that need to be addressed."

And avoidance is critical—at least when it comes to campus disease. Preventative awareness will be key for the committee. Priorities, SGA members said, would include publicizing information about the flu and vaccinations as well as setting up walk-in hours at Health Services.

As for the community flu assistants, they'll have to figure out how to live up to their titles. According to Palillo, the committee will be talking about how to best "ease the discomfort of students who are ill," though no one is offering to bring chicken soup to your door just yet.

Instead, Palillo said the committee would be looking to modify attendance requirements for classes that may penalize for absences, as well as taping lectures for sick students.

"I don't think it's unreasonable to expect changes [at Barnard] . in the presence of a flu that could affect so many students," Palillo said.

Though threatening to spread swine flu to your poli-sci professor may do the trick, too.

Some students have already come up with policy suggestions. "I do think there should be a general health policy, as opposed to a swine flu' policy," Mariya Mescheryakova, BC '12. "We need to make sure students aren't going to class sick. No one should be penalized if they come in with documentation from a doctor. Plenty of Barnard students risk their health by not addressing concerns" in a timely manner.

Managing workloads is another way to keep the immune system healthy and prevent illness, students pointed out. "It isn't the flu that's so bad, it's the weakened immune systems of students being pushed to the edge," Mescheryakova said. "Nothing is worse than lack of sleep and malnutrition for health."

"I think that students recognize that this situation, while not ideal, is one in which we can learn how to promote safe habits," Palillo said. 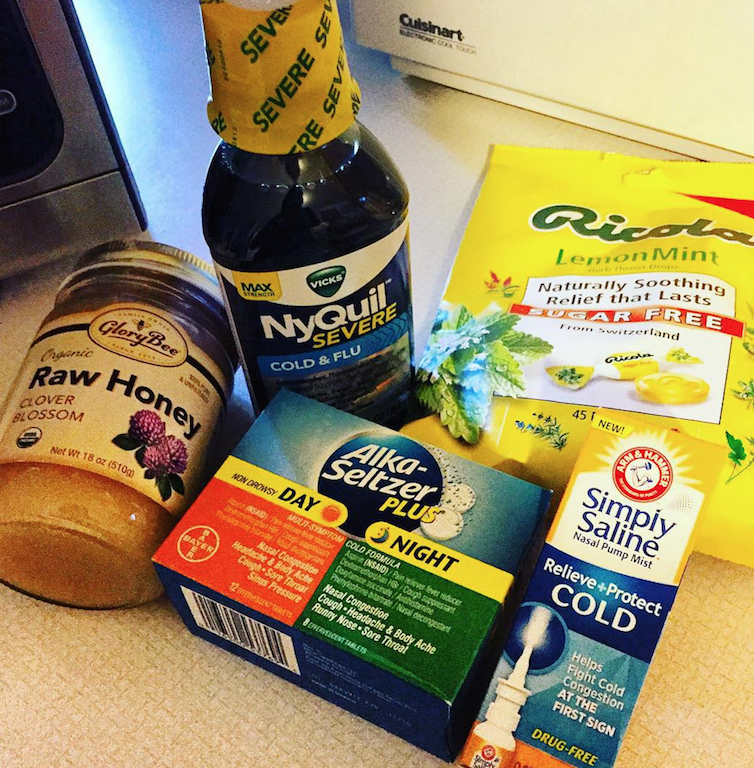 How to Survive the College Cold Epidemic
By Sydney Rose Hotz
Yes, fall has arrived and germs have tagged along with it. Sure, you hear more coughs and sneezes in your 8:40 than actual words from your professor's mouth, but what can you do to resist joining the ranks of your fellow diseased and contagious classmates?
Here's the thing—you don't have to avoid humanity completely (only slightly).
... 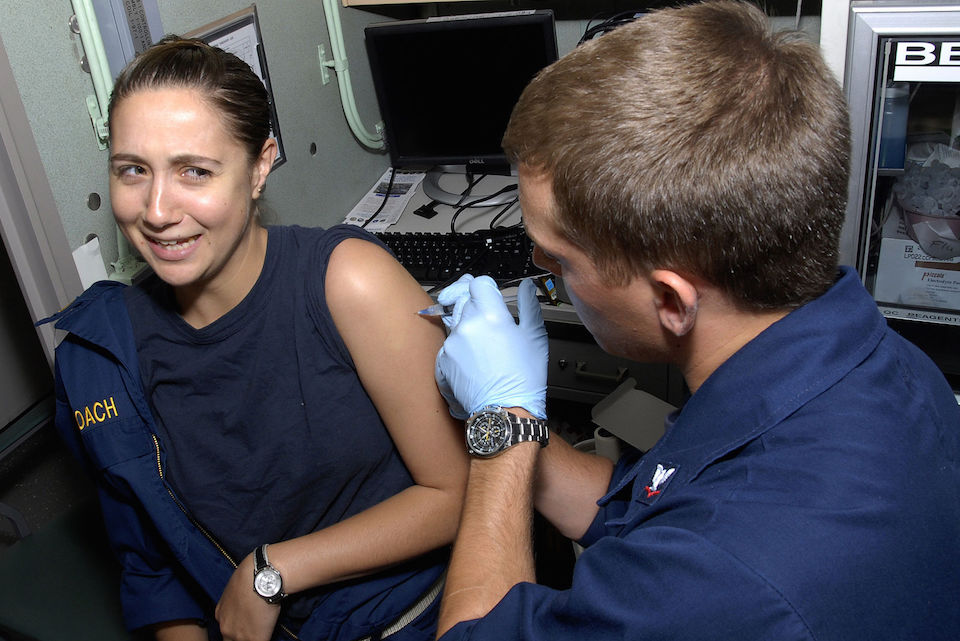 Flu shots: The cheap n' free lowdown
By Sophia Hotung
Don't forget to have a stranger stab you with a needle this week for flu shot season. Columbia Heath's Associate Vice President and Medical Director, Samuel L. Seward, sent an email out today reminding and recommending that students get their free shot. Who doesn't like free shots? Whether you're at Columbia, Barnard, or want to venture beyond Mo Heights to get jabbed, here are some options on where to go...
...

You can pregame for that!
By Anna Lokey
With the school year now in full swing, stress levels are running high. It's becoming more and more difficult to muster up the energy to do anything sober. Spectrum's here to help you out with a super fun edition of "Yes, you can PG for that!"
...

Wake Up Call: Res hall swipes, park swings, and Big Sub
By Spectrum Staff
Good morning, Columbia! We're giving up on the weather today. Wear whatever the hell you want. 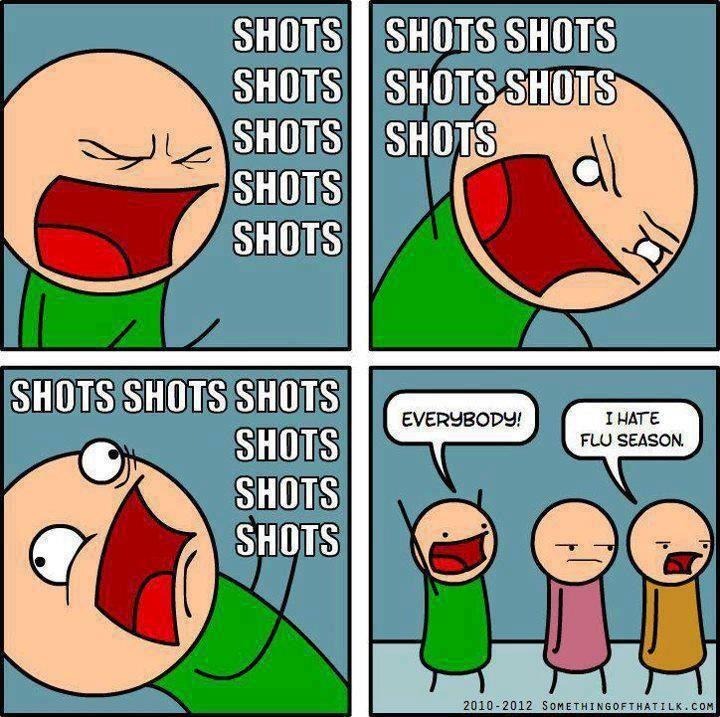 Free flu shots with CUID
By Orli Matlow
Hit me with your flu shot! 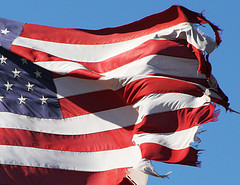 Today's paper: what's the occasion?
By Zach Dyer
It's Veteran's Day, apparently (though there's little to indicate it), so go pat a GS student on the back or something. But if you're looking for something else to celebrate, there are 50 days left in the year, today is 11/11, it's Kurt Vonnegut's would-be 88th birthday, and the mysteriously renovation-happy UniCafe supposedly opens today (check back later to see if it actually happens, and pictures if it does). Meanwhile, in today's paper:
...
Next
ADVERTISEMENT
From The Blog