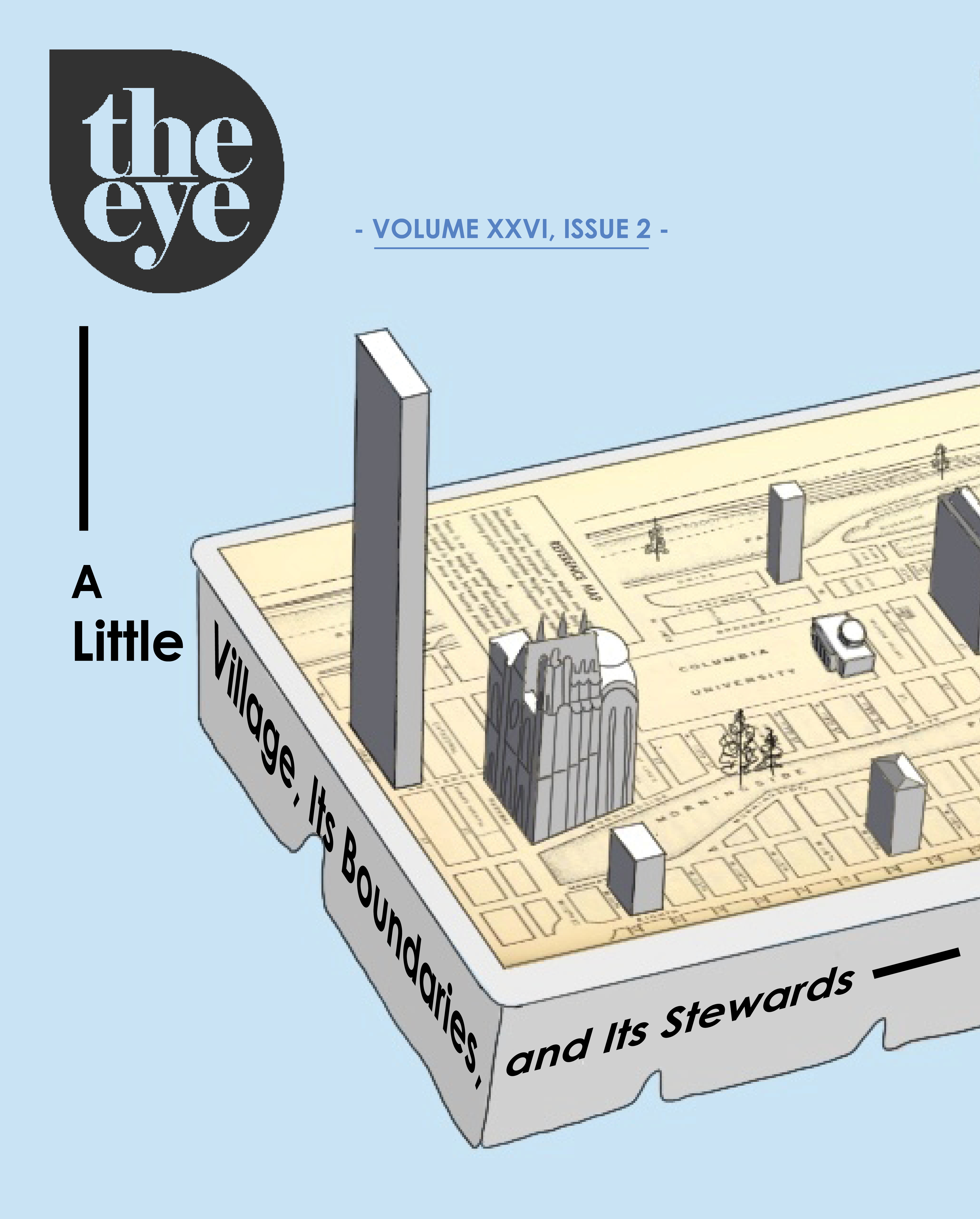 This new application, filed Thursday, came after a previous application was temporarily denied in December because of missing paperwork. Papasito's owners withdrew that original application earlier this month.

It's likely that Papasito will not receive a decision on its application by Feb. 28, when its current liquor license expires. New York State Liquor Authority spokesperson Michael Smith told Spectator that applications are reviewed in the order they are received.

"It is reasonable to say this will take months," he said in a statement.

Papasito's owners could still renew their current liquor license, which is registered to Tokyo Pop, LLC—a restaurant that was replaced by Angelina Pizza Bar, which was then replaced by Papasito.

But establishments serving liquor need to notify their community board at least 30 days before submitting a renewal application, and Papasito's owners have not taken this step yet. As a result, if they do not notify Community Board 7 of an intent to renew by this Sunday, they would have to stop serving liquor—at least temporarily—on Feb. 28, Smith said.

Members of Community Board 7 voted in December to recommend the disapproval of Papasito's liquor license application to the SLA.

The restaurant, which is on Broadway between 104th and 105th streets, has been under fire since it opened last fall, with locals complaining of rowdy late-night crowds. The SLA also charged that it served alcoholic beverages to underage drinkers three times in October and November.

Papasito's owners did not respond to multiple requests for comment. 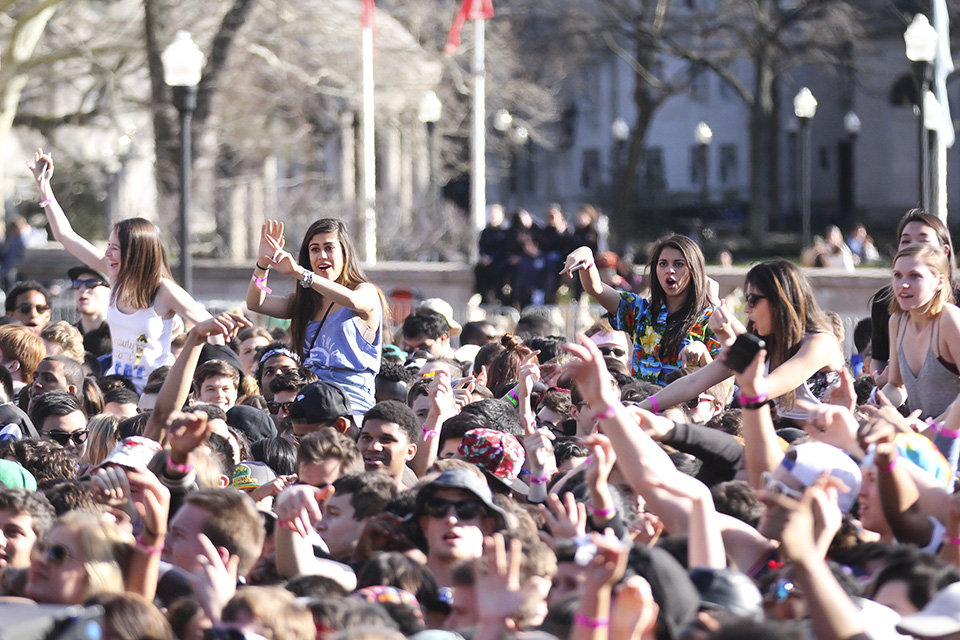 Letter to the editor: Bacchanal for students, chaos for community residents
By Robert J. von Gutfeld
To the editor, 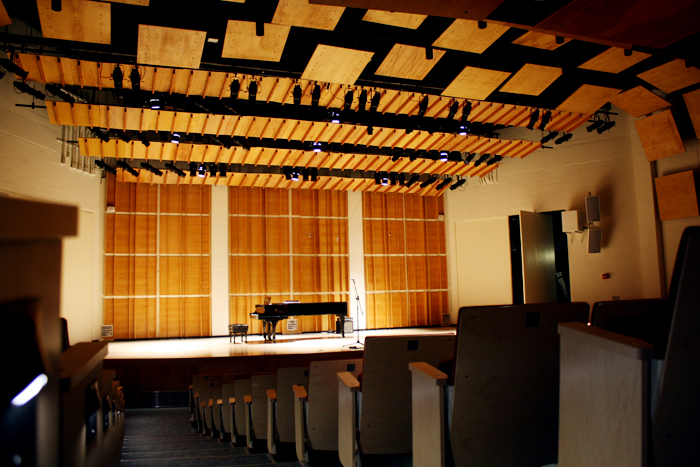 Music venue brings intimate feel to the bustle of the UWS
By Caroline Casey
See Darkroom for more photos of the Upper West Side.

In a city of over 8 million people, a single, intimate connection can be as hard to find as Waldo.

The recently renovated Merkin Concert Hall attempts to produce this rare connection between performer and audience through its relatively small size and relaxed atmosphere.

Joan Jastrebski, Merkin's director of marketing, argues that Merkin Hall benefits from its "intimacy," which distinguishes it from its elephantine neighbor, Lincoln Center, to the south. "Coming to Merkin is like, as a critic and at least one performer have put it, hearing great music in a living room where you can really connect with the artists," she said.

When one feels lost in the enormity of New York City, habitually or for the first time, such a connection can provide a rare and inestimable solace.

Vying for your precious entertainment dollars, Merkin Hall faces stiff local competition, posed by such venerable live music venues as Lincoln Center, Symphony Space, and the Beacon Theater, all just blocks away. Jastrebski insists that "Merkin Hall's performances can hold their own in a neighborhood filled with world-famous theaters and all manner of cultural offering." But whether or not Merkin Hall charms is ultimately for viewers to decide.

The Hall exhibits contemporary classical performances in several different ways. The Tuesday Matinees series feature newer, younger talents in classical music. This fall, the performers include the Russian pianist Daria Rabotkina and violist Jennifer Stumm, who have both won the Young Concert Artists Guild Competition, and accordionist Lidia Kaminska, who, Jastrebski said, "is the first and only person in the U.S. to have received a doctorate in accordion performance."

Merkin offers enriching, convenient entertainment at a reasonable price. It is just a few stops from campus on the 1 train, and students can buy half-price rush tickets for some shows with a student ID on the day of the performance. And if the show leaves students dissatisfied, they won't be stranded­­­—Lincoln Center is only two blocks away.
... 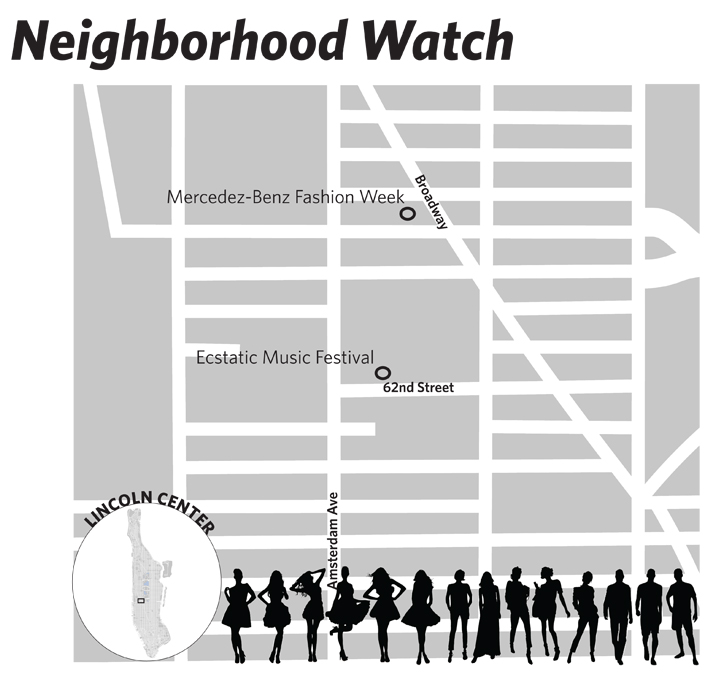 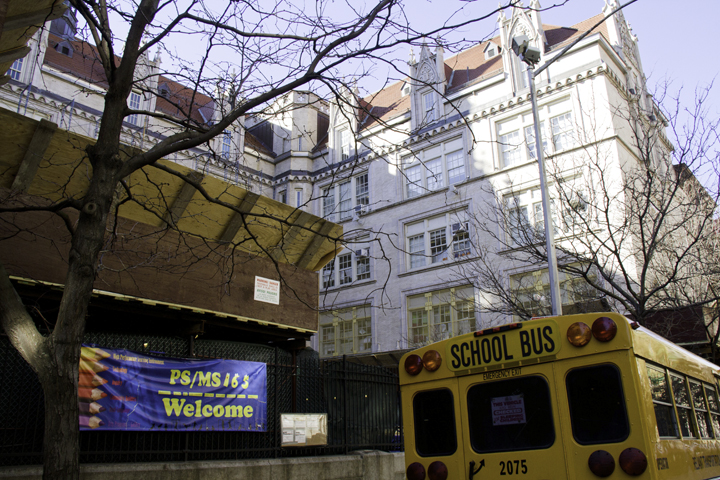 After principal leaves, MoHi school looks for new leadership
By Avantika Kumar
Administrators at P.S. 165 are searching for a new principal after Brett Gallini, who was credited with dramatically improving the school, resigned last month.

P.S. 165, on 109th Street between Broadway and Amsterdam Avenue, gained attention when its Department of Education ranking soared under Gallini's leadership. But Gallini quit on Jan. 13 to help start the Neighborhood Charter School of Harlem, a new school that will open this summer.

Parents said they were pleased with Castellano's leadership so far. While Tanya Gonzalez, a second-grade parent, acknowledged that parents were "shocked" by Gallini's departure, she said that she was very happy with Castellano's efforts.

"She knows the culture of this school. She knows the community," Gonzalez said. She added, "I don't think any outsider would do a better job than she's doing."

Friedman, who is currently listed as the school's principal of record, said she was hopeful that an interim principal for P.S. 165 would be announced within a few weeks.

But the search for a full-time principal is underway. Representatives from both the United Federation of Teachers and the Council of School Supervisors and Administrators, as well as at least one parent, will be present on the initial hiring team. Friedman will make the final decision, in addition to a review at the central office.

She added that, although the process could take a few months, it could take even longer if she decides there is a "lack of quality" in the current applicant pool and reopens the pool to new applicants. She added that Gallini's time of notice was unusually short—usually, for a change in principal, there is several months' notice provided.

"I think that a change in leadership you can't help but notice it," Friedman said. "Parents are watchful to see the transition."

But she said that the district was trying to make the change as seamless as possible by keeping parents informed, adding that the teachers, who remained consistent, have far more impact on students' experience than principals.

"We try to keep them in the loop," Friedman said. "Teachers have a consistent, safe, and predictable environment that they offer to the children ... and I believe that they are absolutely doing so."

Lissette Senquiz, a fourth-grade parent, agreed that the teachers and parents have continued to work hard.

"I see the school is running the same way as it's always been," she said. "The parents are always behind the students."

But Senquiz acknowledged that there have been changes, at least for her daughter, who was used to seeing Gallini greeting students and parents outside every day.

"She said she misses his presence," Senquiz said. 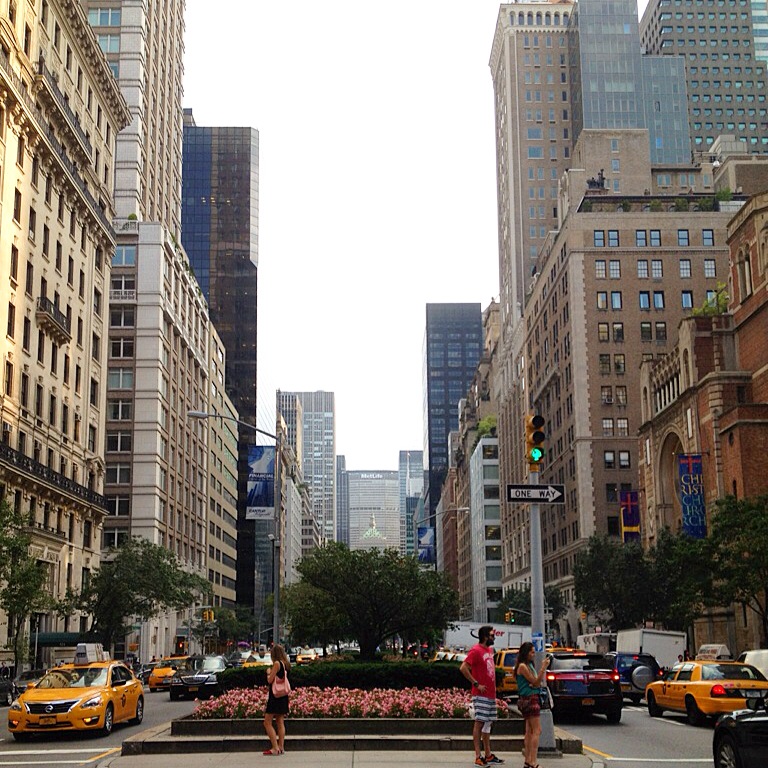 Neighborhood nuggets around NYC
By Hannah Josi
So, you've successfully moved in, made a few friends, and purchased your first MetroCard. It's officially time to head out into the city without your OL or your parents and really explore. But where to go first? Here's what some of the most popular NYC neighborhoods have to offer.
... 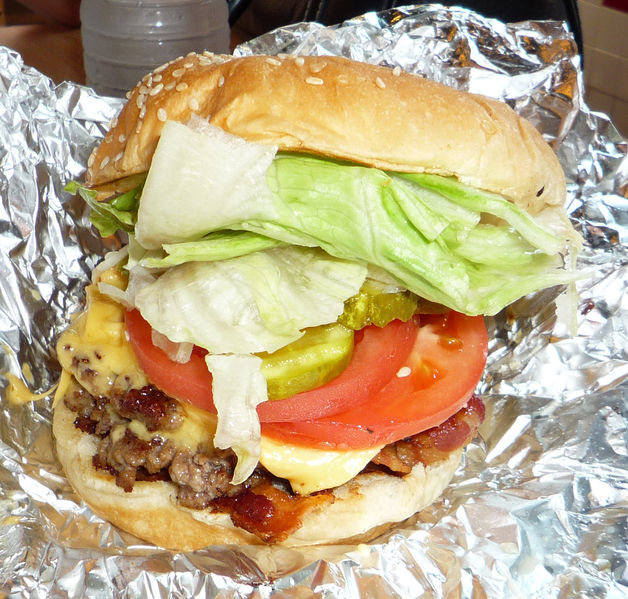 NSOP neighborhood tours begin today
By Stephen Snowder
In honor of the NSOP neighborhood tours, which begin today and continue through Monday, we're providing you a list of old posts describing some of our trips to various places in NYC. Maybe they'll help you pick a tour -- or maybe they'll inspire you to take your own, self-guided tour of this incredible city that is now your home. Brooklyn Brooklyn: One big room full of bad hipsters? "However, if you're looking for somewhere scenic, cool, and new to explore, Park Slope's an awesome place." Some people (read: several people) didn't find our jokes at Brooklyn's expense amusing, and one of them even wrote the next post on offer here in response...more What you're missing about Park Slope "It's also walking distance to the Brooklyn Botanical Gardens and the main branch of the Brooklyn Public Library, as well as BAM (the oldest continuously operating theater in America). Red Hook and its art spaces aren't far away. Within the neighborhood proper are tons of restaurants and a few places to hear live music. There's also local favorite Community Books—one of the city's most important bookstores..." In short, Brooklyn's a cool place to check out. As long as you promise never to ever make a joke about their neighborhoods. Queens PS1 makes going to Queens worth it: "I found walking around the Long Island City section of Queens to be refreshing—in its normalcy, that is—with its graffiti everywhere (think Fresh Prince of Bel Air intro, not Banksy), dripping bridges, crappy diners, people wearing flannel non-ironically." The Met Mixed-up at the Met "I wandered through the Egyptian collection. Although I'm usually not much of a sucker for history, the artifacts absolutely astounded me. Being inside part of a tomb and having the hieroglyphics right in front of me was incredible." There are also lots of other museums in the area (not that you'll have time -- a visit to the Met can easily suck up an entire day), and if you get tired of being indoors with such nice weather outside, Central Park is right there as well. Chelsea Chelsea doesn't have any stereotypes to joke about "There's really something for everyone." Pro-tip: while you're in Chelsea, you should check out the High Line. It's a beautiful old elevated rail line that has been turned into a park. Currently there's a bit of controversy attached to the project, and some people are even running around posting up anti-tourist fliers. Just ignore them. The park was built with public money and the faux bohemians of West Chelsea don't get to keep it to themselves. Another of our writers recommended Chelsea Market: "Is meat, coffee, gelato, or chocolate what you crave? Covered. Do you ever feel like a nice salt and oil sampling session would be a great pick-me-up? Well, you're in luck, weirdo, because the market has one of these too." Chinatown Adventures in wasting time but not money One of our writers took a trip to Prosperity Dumpling: "You aren't going to find super cheap five-dollar scarves or a row of adorable Asian bakeries right next to this restaurant. There was, however, a school named after Sun Yat-sen, as well as a ton of cheap fruit carts." Times Square Despite what you may have heard, there are some cool things here: "We decided to go to Caffebene, a South Korean coffee chain, to grab a bite. I ended up ordering a Misugaru Latte and a waffle topped with fig jam, almonds, and ricotta cheese..."
... 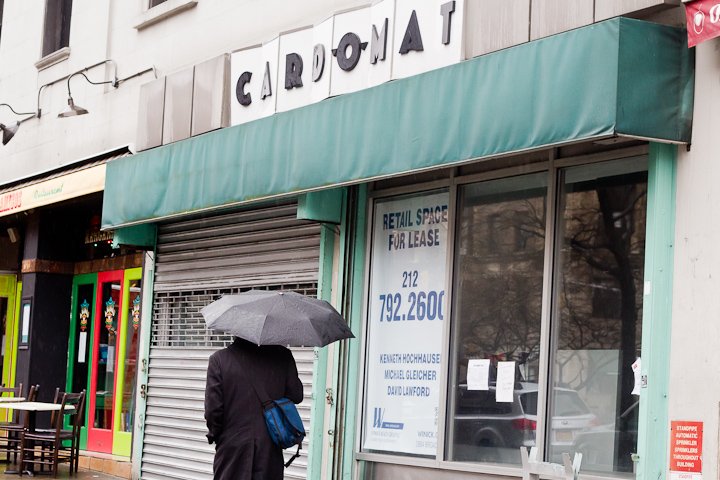 'Seasonal Market' to open in former Card-O-Mat space
By Christian Zhang
Dig Inn, a food store that calls itself a "seasonal market," will open in the empty storefront formerly home to Card-O-Mat, The Lion reported earlier today. Photos from the blog show a sign that says the store will open in February.
...
Next
ADVERTISEMENT
From The Blog