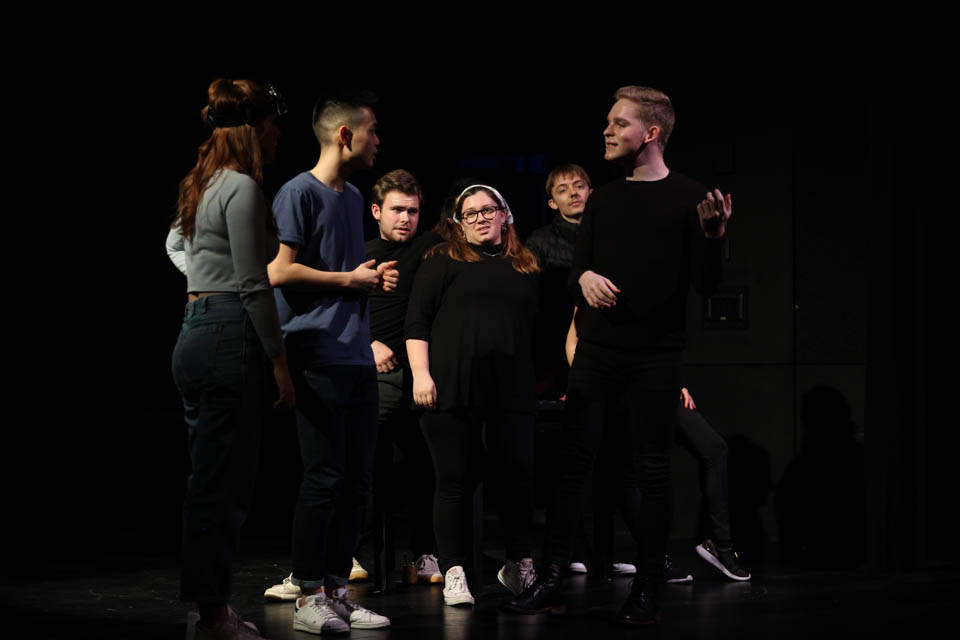 The 126th Varsity Show’s West End Preview seeks to get to the bottom of Bacchanal’s Terminal 5 move
By Olivia Doyle
The cast and crew of the 126th Annual Varsity Show hosted the West End Preview for an intimate audience in the Glicker-Milstein Theatre. This year, it was all about Bacchanal.
... 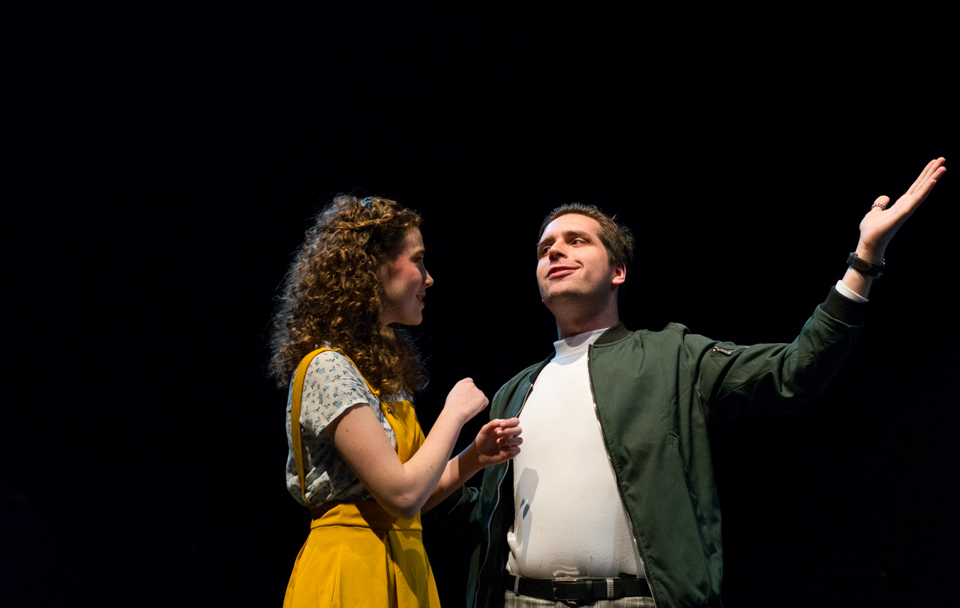 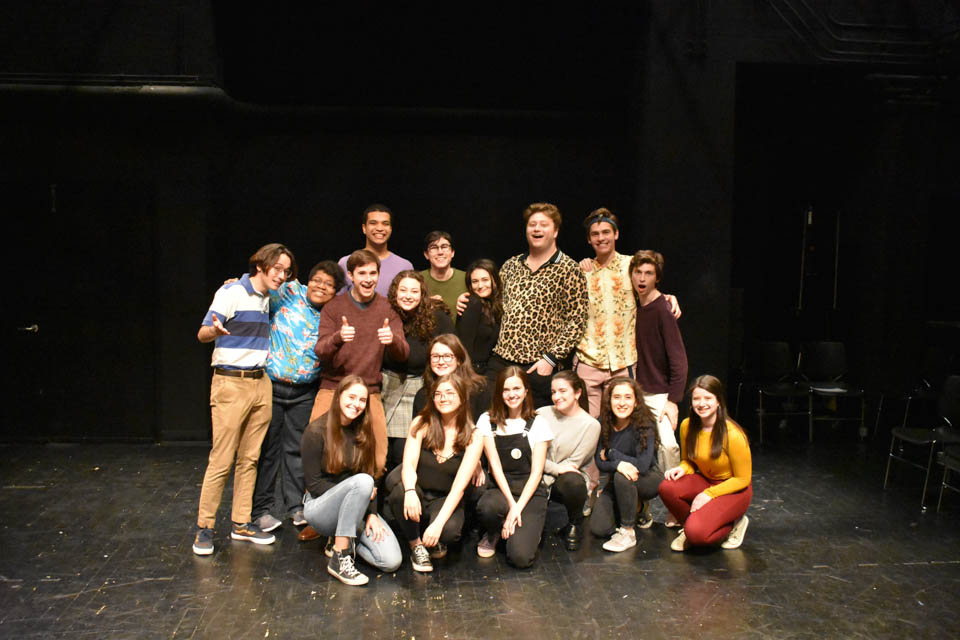 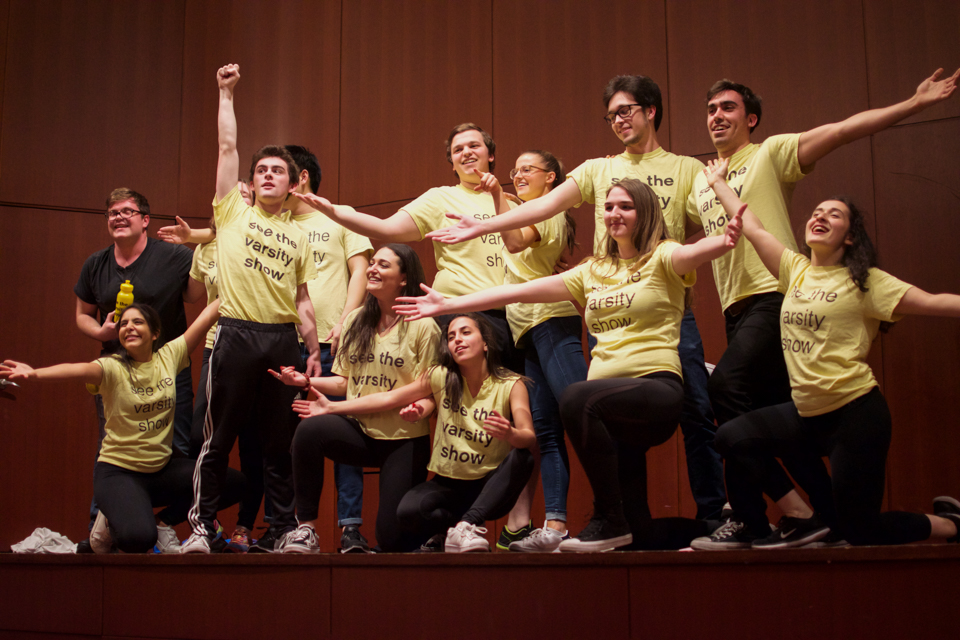 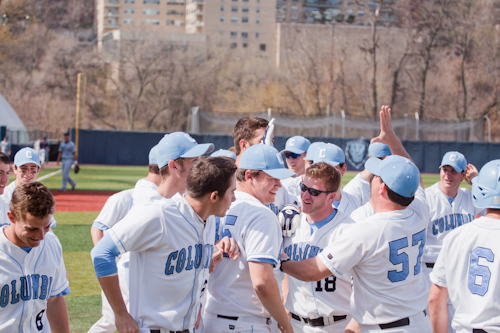 Lions head cross-country for spring break baseball
By Ryan Young
Spring break has finally arrived, but for the Lions, the upcoming week brings more baseball—and a lot of it. It all starts tonight with ten games in ten days as part of a west-coast swing.

Columbia (1-3) begins the trip tonight in San Jose, Calif., against San Jose State (5-8), as part of the Jack Gifford Memorial Tournament. Tomorrow, the Lions play their only doubleheader of the break against Lehigh (2-9) and then Santa Clara (11-3). The tournament wraps up against Utah (2-9) on Sunday.

After one more game against San Jose State on Monday, the Light Blue has its lone off-day on Tuesday to travel from Northern to Southern California. Wednesday's destination is Malibu, where the Lions will face off with Pepperdine (8-4), before they finish up their break with four games at San Diego (11-3).

Coach Brett Boretti is excited for the high-quality opponents his team will have the opportunity to face this week.

"Being a part of the Gifford tournament at San Jose State and Santa Clara is a great experience for us," he said. "And San Diego is playing very well right now and is usually one of the top pitching programs in the country."

The spring break trip has become a tradition for the Lions, and a measuring stick of their performance against tough competition.

"This is something that we use really to attract guys to our program," Boretti said. "You know that we're going to play an aggressive schedule and we're going to do a real strong trip each spring break and play as many games as we can."

The Lions come into the trip having lost three of their first four games at The Citadel in last weekend's opening to the season.

"We pitched well, played good defense," Boretti said of the opening series. "Those are the two biggest priorities that we talk about and our guys did those well. They did a good job of limiting the free bases. We hit better on Sunday than we did in the first two games of the series, and we need to build on that and continue to swing the bat and do some better things situationally."

Boretti plans on having senior Pat Lowery, junior Stefan Olson, junior Tim Giel, and sophomore David Speer start the first four games of the trip, but the rest is undecided at this point.

"It's something that we don't really map out until we see what happened and we see who's available and who goes from there," Boretti said. "If for some reason there was a shortened start, we would make that determination if we were to bring somebody back earlier. But I'm hoping that we actually have to use six starters and then reset the rotation on Thursday."

Aside from the pitchers, freshman David Vandercook is another player who will look to continue to prove his worth this week. The rookie corner-infielder picked up a pair of extra-base hits last weekend.

As for the upperclassmen, they'll hope to build on the success from their 5-5 Florida road trip over last year's spring break.

The journey gets underway tonight at 9pm in San Jose. 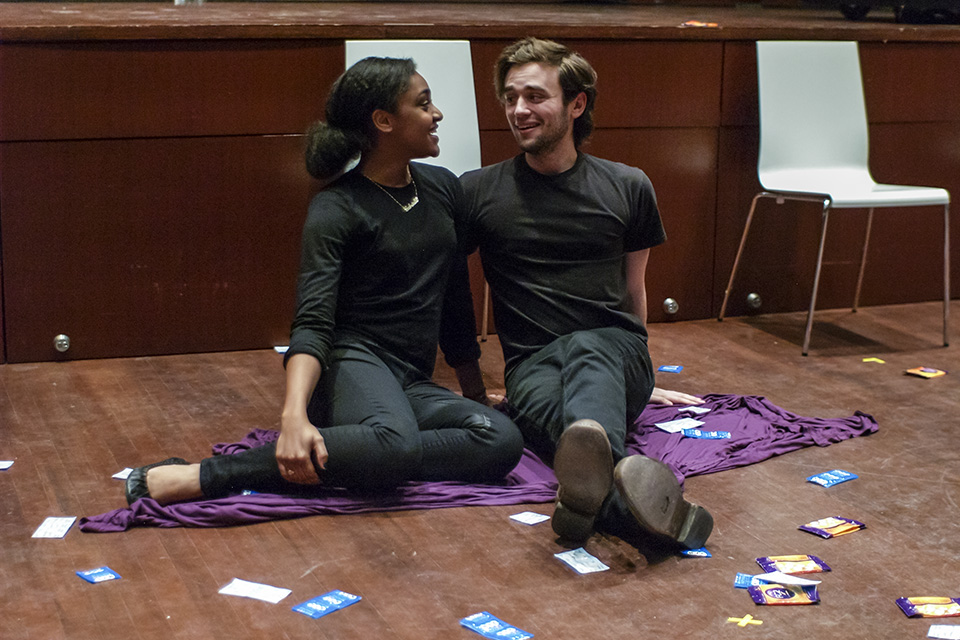 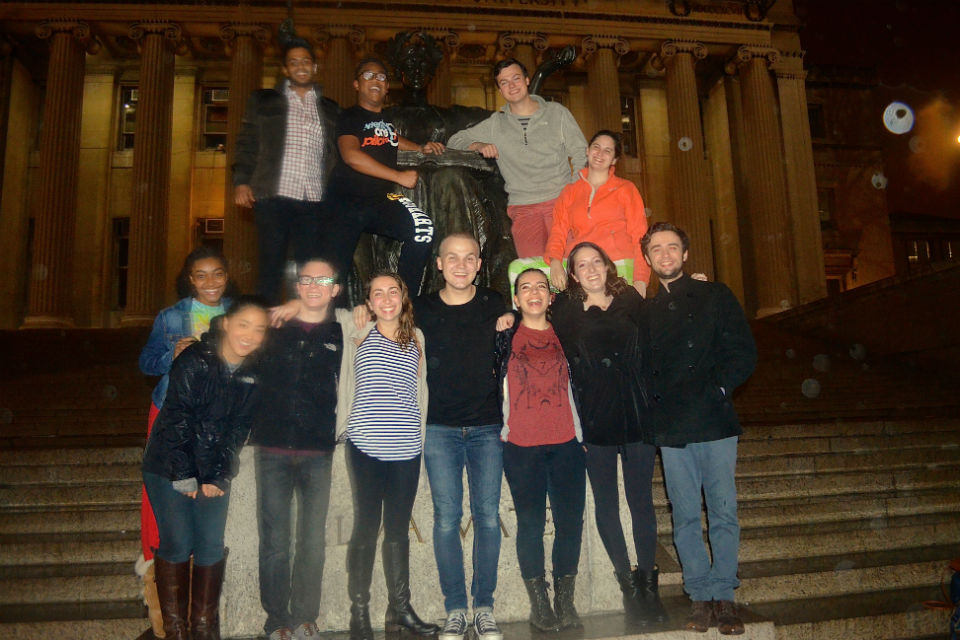 A (false) preview of the 121st Varsity Show's West End preview
By Rebecca Farley
For those that are unfamiliar with the grand tradition that is the Varsity Show, a short run-down: Varsity Show is the longest running show on "Broadway" because Lerner Hall is on Broadway and that is funny because it's not actually a Broadway show (there are designations and such for that type of thing). The tradition began as a fundraiser for the football team, and fun fact! The football team used to perform the show itself. It has gone through several iterations since then, and was even put on hiatus during the 1960's student riots. Today the Varsity Show is an intricately plotted, full-length musical about Columbia. This intricate plot, though, is kept hostage from the Columbia student body for as long as possible. The Varsity Show team works very hard to ensure that the plot is TOP SECRET (!!!).
... 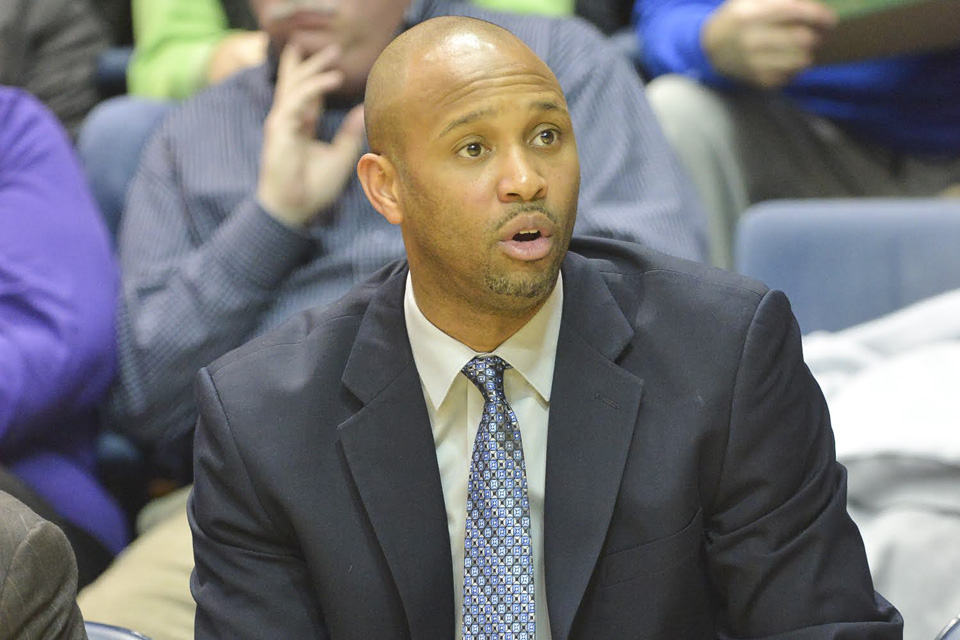 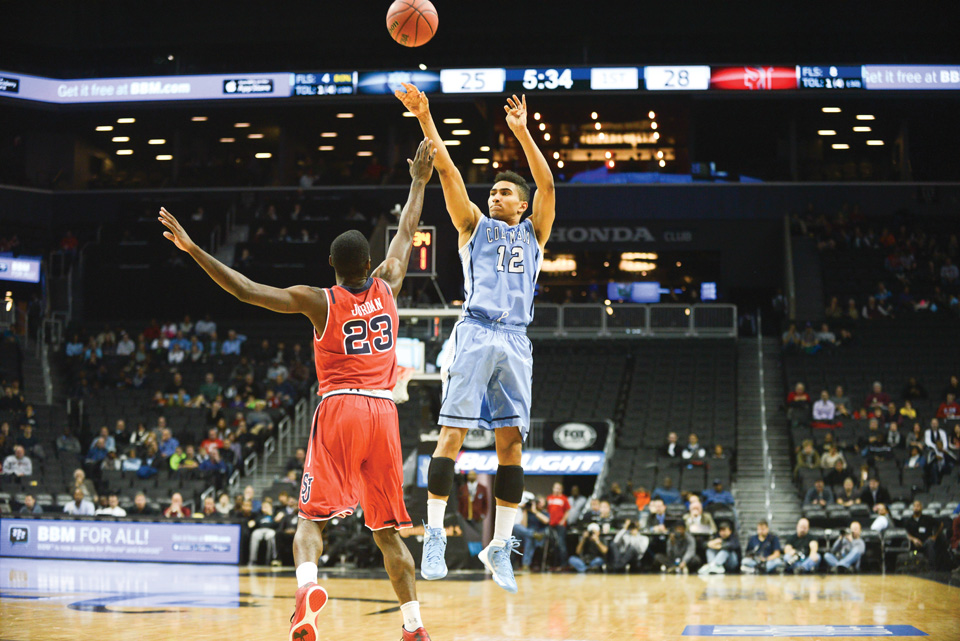 Lo emerges as Lions' offensive leader
By Kelly Reller
Over the past two years, whenever the men's basketball team needed someone to step up, Maodo Lo has answered the call. 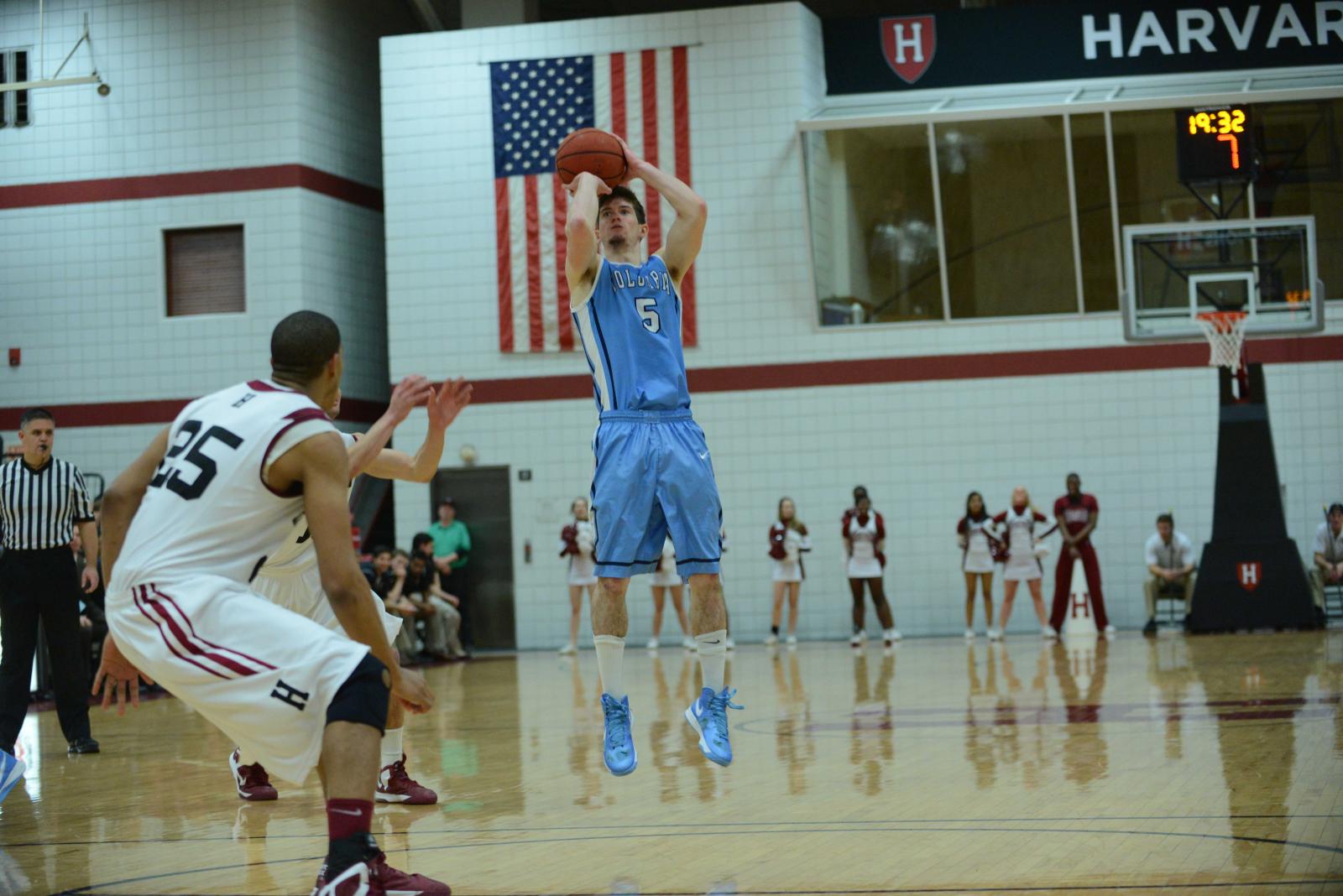 Men's basketball finds vantage point from behind the arc
By Muneeb Alam
Columbia may not have the interior threats or athletic ability of many of its opponents.
Next
ADVERTISEMENT
From The Blog