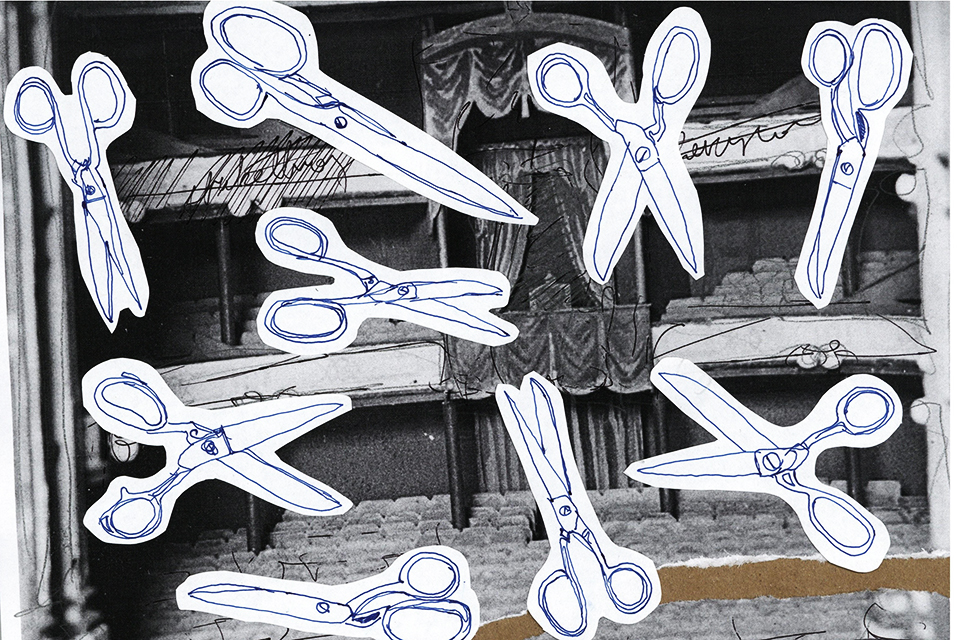 A Work in progress
By Sam Wilcox
I recently cut my hair while looking in the mirror. Confronted with the image of myself, the image I’d grown used to seeing reflected back at me, I was compelled to see something different, and so I decided to change my appearance. The decision to take a pair of scissors to my own hair was unmediated, unprompted, and part of an act of minor self-revision.
... 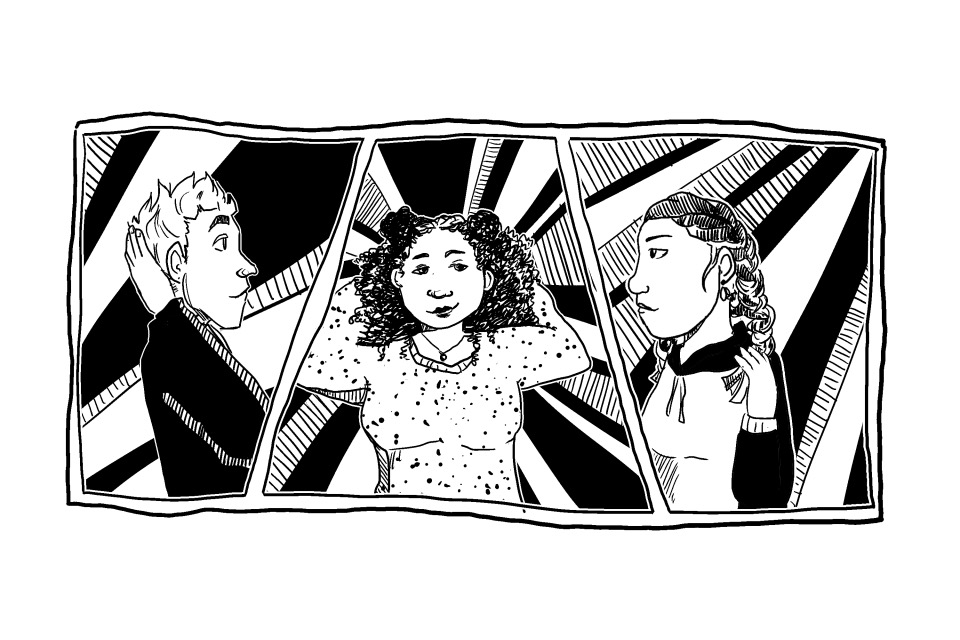 Splitting Hairs With the TSA
By Hanna Agbanrin
I used to love going to the airport. It used to be the prelude to an adventure novel. I was embarking on the Airbus A380 to a pirate’s island; readying myself for a scavenger hunt in the dreamy Abomey, Benin; preparing for a historical trip to see the wonders of Turkey; or flying across the Atlantic to the city that never sleeps.
... 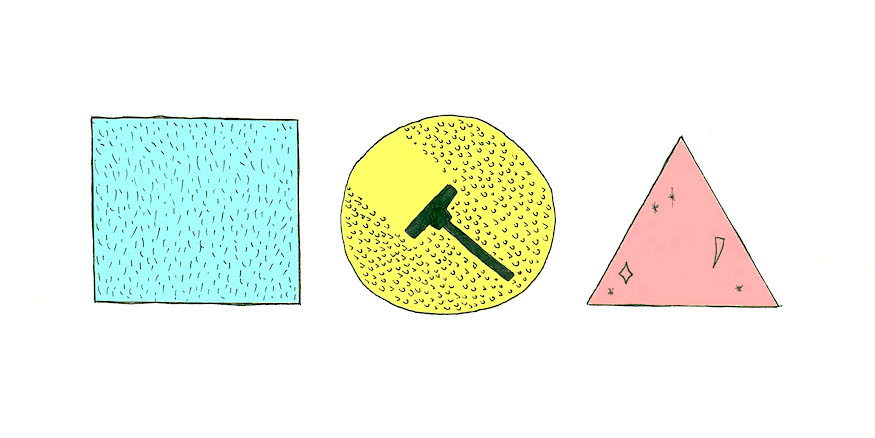 The Girl in 04C: Trimming (or not trimming) your bush
By Haylin Belay
What's the deal with genital grooming for women? Are we supposed to be waxing/shaving down there? What if you haven't ever done that? 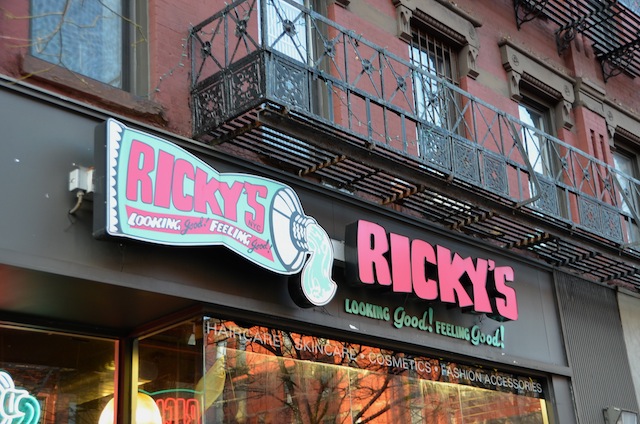 Spectrum investigates: Ricky's disappearance
By Camille Sanches
A few weeks ago, our go-to place for inappropriate birthday cards and the hottest club in MoHi around Halloween left us without a goodbye. The inside of Ricky's has turned into a dark void, just like the space in our hearts that the store's absence has created. Unlike UNI Café's departure, Ricky's moved out of its Broadway home without providing an explanation, so we at Spectrum took the responsibility to solve the store's disappearance upon ourselves.
... 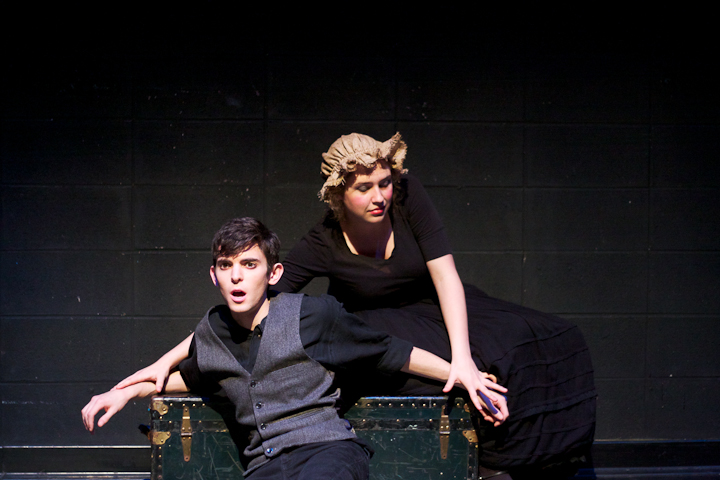 2012-13 in review: Highlights from this year in theater
By Rachel Dunphy
This article is part of a special issue looking back at the 2012-13 academic year. Read the rest of the issue here.
... 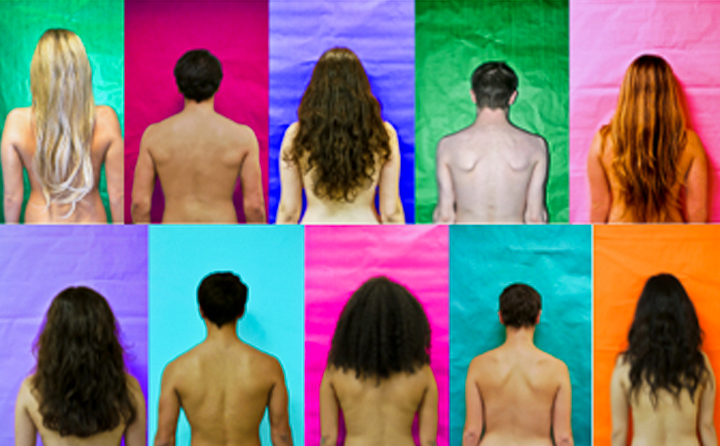 HAIR' cast bares all in envelope-pushing show
By Lesley Thulin
If all you need is love, no musical knows better than "HAIR: The American Tribal Love-Rock Musical." In its upcoming production of the '60s classic, Columbia Musical Theatre Society's upped the ante by making the show "larger than anything CMTS has done in recent history," according to co-producer Allie Carieri, CC '15.

"It's probably one of the only times there will be a CMTS or a student production of this scale that's not Varsity Show," Carieri, a Varsity alum herself, said.

The production features an unusually large cast of 27 people, according to Carieri, and saw over 170 people audition for the show this fall­—a turnout the creative team had not anticipated.

"We went into auditions saying we weren't sure how many people we wanted to cast," director Katie Cacouris, CC '15, said. "We wanted to cast the right people, rather than a set number of people. We got so lucky that we were able to do that."

"The average cast size for a CMTS show is nine to 12, so we're double that," according to Carieri. "Then we also have a huge orchestra of about 12, which, again, is huge for a CMTS show. We have small bands of five or six, usually. We have a production team of 12, a design team of 14, we have a huge set that was installed last night and looks incredible—I forget this is a student production with the quality of the set—and on top of that, we have so many people coming to see the show already."

Set in 1968, the musical follows a "tribe" of 18- and 19-year-olds living in New York. The show's protagonist, Claude (played by Ben Platt, CC '16), is torn between the tribe world and the harsh reality of the Vietnam War.

"It stresses everything, from political turmoil to unrequited love, to being unsure of one's identity," Cacouris said. "And the show is really exciting because it's not so much about one plotline, as much as revealing the makeup of this group of individuals who we call the tribe,' and the tension that arises between this younger, really excited and hopeful generation, and an older generation that doesn't understand."

This cohesion was emulated in the choreography as well, according to choreographer Olivia Peluso, BC '13—despite working with a larger than average cast.

"A lot of the show is about being a tribe, and not being the lead in the tribe, and everybody has bonded so amazingly," Peluso said. "I think it's really gonna translate onstage."

The show engages with taboo in the performance—notably through the integration of nudity, uncommon for Columbia theater productions.

"There's a lot of language and nudity. It's a really edgy show, but it's done so tastefully at the same time," said Kyle McCormick, CC '14, who plays one of the tribe members.

For Cacouris, that only adds to its appeal. "The show doesn't sugarcoat anything," Cacouris added.

At first, the creative team was unsure if its production would feature the nudity that had characterized the original production. "We were going to play it by ear and see how the cast felt," Carieri said.

"HAIR' is kind of notorious for being a play that features nudity in the end of Act 1," Carieri said. "It's what happened in the original production, and it's artistically been carried out through recent revivals and productions. It just fits along with the style and period of the show," she added.

The members of the team decided to go along with it because it "adds to the emotion of the show."

"It's a very dramatic scene," Carieri said. "The tribe is broken down. ... It's very vulnerable and at the same time it's powerful because they're opening themselves up—they're exposing themselves to the world, saying, This is who I am. This is me. All I have is this. You can't change that.'"

The show's lighting designer, Alexander Mark, CC '15, created a dark and silhouetted lighting that will not be "exposing or uncomfortable," according to Carieri. "It's going to be very tastefully and artistically done. The nudity is not about the nakedness. It's about what being nude implies, which is a combination of confidence and vulnerability."

Ultimately, Carieri and the rest of the team said that they stand by their artistic decision.

"When we did our first rehearsal with the nudity, the entire creative team was blown away by the emotion that came out of it," she added. "So we think it's artistically going to be beautiful."

Click here to read an interview with the show's star, Ben Platt, CC '16, where he discusses his upcoming debut in "The Book of Mormon" touring cast and his experiences in the film industry.

Pubic Indecency
By Elisa Mirkil
When I was little, my mom was the kind who always offered to talk about "my changing body." Those three words still remain the most cringe-inducing in my repertoire, even almost 10 years later.
...

A look inside PrezBo's Gmail
By Mikey Zhong 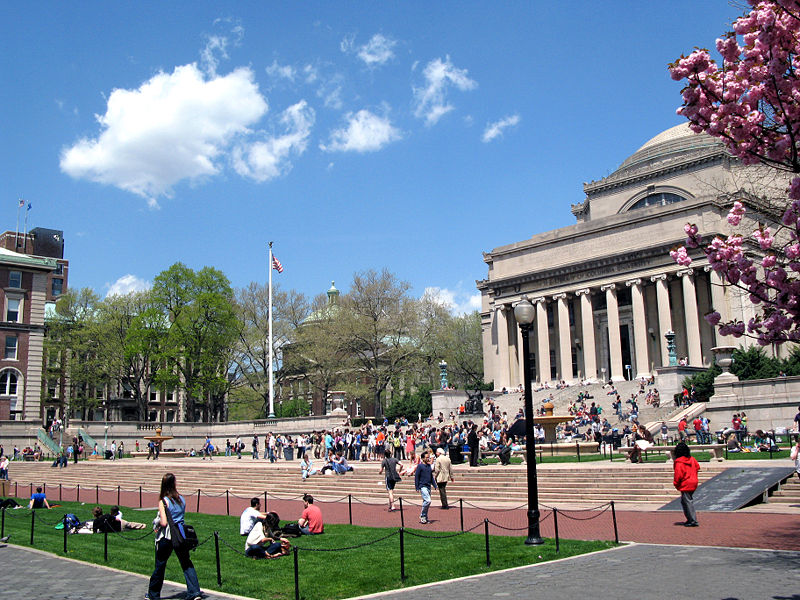 Top 10 legendary classes
By Eli Grober and Bob Vulfov
Class registration hasn't quite ended yet, and we thought we'd present a few of the most "legendary" classes at Columbia for those of you still unsure how to get your twelfth credit or fulfill your science requirement. Warning: This list obviously cannot contain all of the greatest Columbia classes. We attempt to include a range and variety of classes. Please post your own favorites in the comments! And for Gulati enthusiasts, well, we think he's a little too main-stream. Classes after the jump. In no particular order.more History of the City of New York [HIST W3535] Taught By: Kenneth Jackson Why It's Legendary: If you want to get to know your city better, look no further than Professor Jackson. And the whole class is invited to join Jackson for his famous bicycle tour of New York! Be warned, though, that his eccentricity may lead you to getting a bit lost along the way. A Free Press for a Global Society [POLS W3285] Taught By: President Lee Bollinger Why It's Legendary: President Bollinger, or "PrezBo" as he is called internationally, is possibly the most well-known figure on campus. And the closest you'll get to his wonderful hair, outside of pacing him on the Fun Run or winning the lottery with his fireside chats, is by taking this course. U.S. in the Era of Civil War and Reconstruction [HIST W3432] Taught By: Eric Foner Why It's Legendary: This man can teach about the Civil War better than Abraham Lincoln. Mainly because Lincoln is dead. In all seriousness, it makes sense why this class fills up quickly. Foner is not just a brilliant writer, but also a compelling lecturer. Joyce [ENGL W3230] Taught By: Philip Kitcher Why It's Legendary: Joyce sounds best in a British accent. Professor Kitcher is both brilliant and entertaining. If you're at all interested in literature, philosophy, or just want to see Kitcher perform his own interpretation of his favorite parts of Ulysses, take this class! Shakespeare I [ENGL W3335] Taught By: James Shapiro Why It's Legendary: Professor Shapiro sheds new light on Shakespeare in each new class. Nobody knows the bard better than this man. It's a class that even the Shakespeare-virgin can appreciate. Poppeth thou cherry! Intro to Computer Science - Programming in Java [COMS W1004] Taught By: Adam Cannon Why It's Legendary: Professor Cannon, on top of being a skillful lecturer, is a gentleman and a scholar.  He holds a couple of casual master's degrees in Applied Mathematics and Aerospace Engineering! Programming in Java isn't an easy course, but it sure as hell is a useful one. Just like getting your legs waxed, Cannon's course isn't entirely pain-free, but you'll come out of it as an extremely polished individual. Literature Humanities [HUMA C1001] Taught By: Gareth Williams Why It's Legendary: Though Literature Humanities is a requirement for a number of students, Professor Williams's section has become a class students would snap their Achilles' heel to get into. He's so dreamy! Intro to Electrical Engineering [ELEN E1201] Taught By: David Vallancourt Why It's Legendary: Professor Vallancourt is consistently the choice of the people for most likable and brilliant professor at Columbia. He makes electrical engineering as fun as laser tag after a few caffeine pills. Intermediate Macroeconomics [ECON W3213] Taught By: Xavier Sala-i-Martin Why It's Legendary: The only class where the last name Xavier is pronounced "Cha-vee-ay." Professor Xavier excels in wearing outré suits and being a certified economics genius. Intermediate and Advanced Microeconomics [ECON W3211] Taught By: Susan Elmes Why It's Legendary: Although Professor Elmes is as smart as a whip, she is possibly the toughest grader currently living. Don't let that deter you from taking a class with this gifted and impressive lecturer. ** Runner-Up! ** "French With Chromeo" Taught By: David Macklovitch (the white guy from Chromeo) Why It's Legendary: Nothing says legendary quite like being number one on the list of America's hottest college professors. Apparently, he's a pretty good French professor too!
... 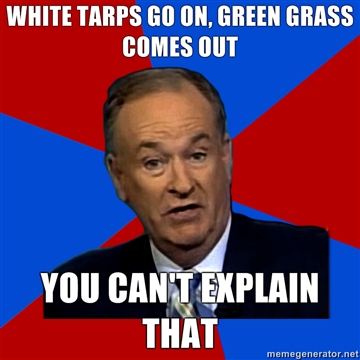 My top 10 unsolved Columbia mysteries—now with answers and irresponsible speculation!
By Thomas Rhiel
Last week, I put together a list of 10 things about Columbia that I haven't figured out in my four years here. To my surprise, some of you actually emailed and tweeted at me to answer my questions! What a thoughtful bunch you guys are. Seriously, you're too much. You'll find some answers to Columbia's 10 greatest enigmas below the jump. Readers didn't tackle all of them, so I've gone ahead and guessed in a few places.more 1. What exactly is John Jay dining hall's trademark odor? It's overpowering inside John Jay, it's noticeable outside the building on 114th Street, and it hasn't changed in four years. What is it?
...
Next
ADVERTISEMENT
From The Blog