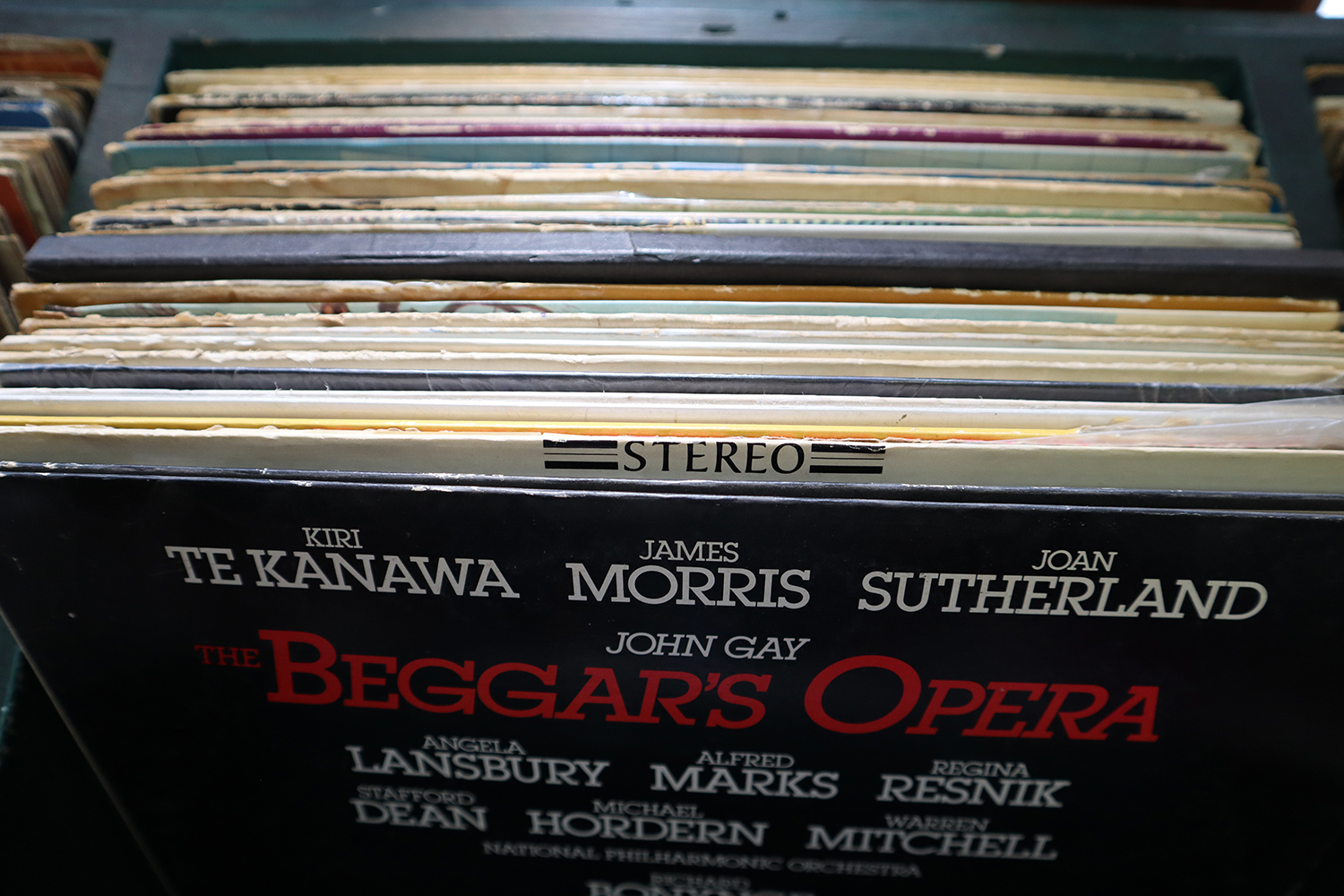 Reflections on a Pandemic-fueled Emo Phase
By Maryam Rahaman
“The Worst Genre That Needed To Shut Itself Up: Emo. Just, gross. You know?” This quote from a Spectator music review, affectionately titled “Emo Go Bye-Bye: The Best and Worst of 2003,” perfectly captures how my adolescent self viewed the entire genre of emo music. I just didn’t get it—Why was Kellin Quinn singing five octaves out of human perception? Was it even singing if half the song was screaming?
... 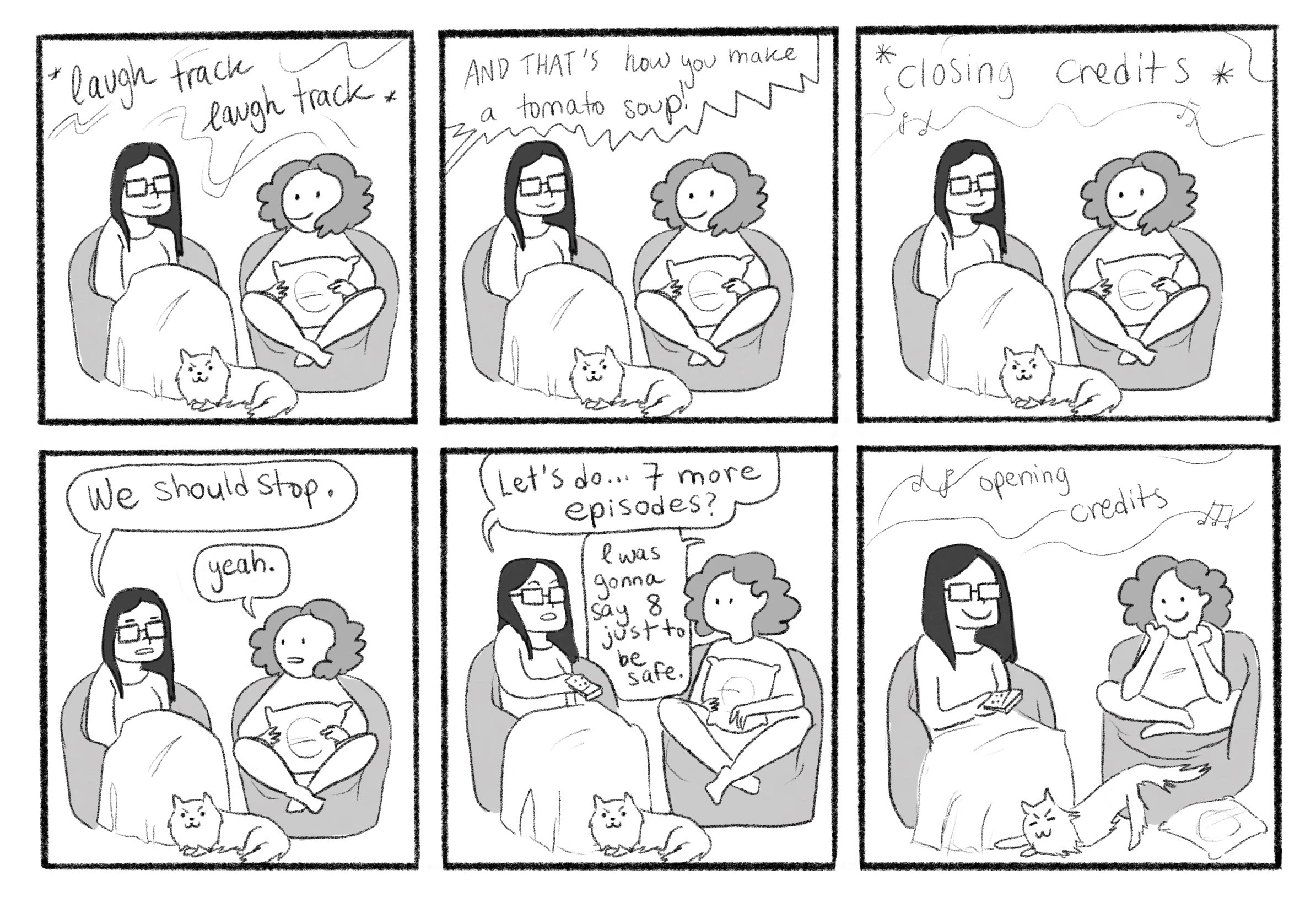 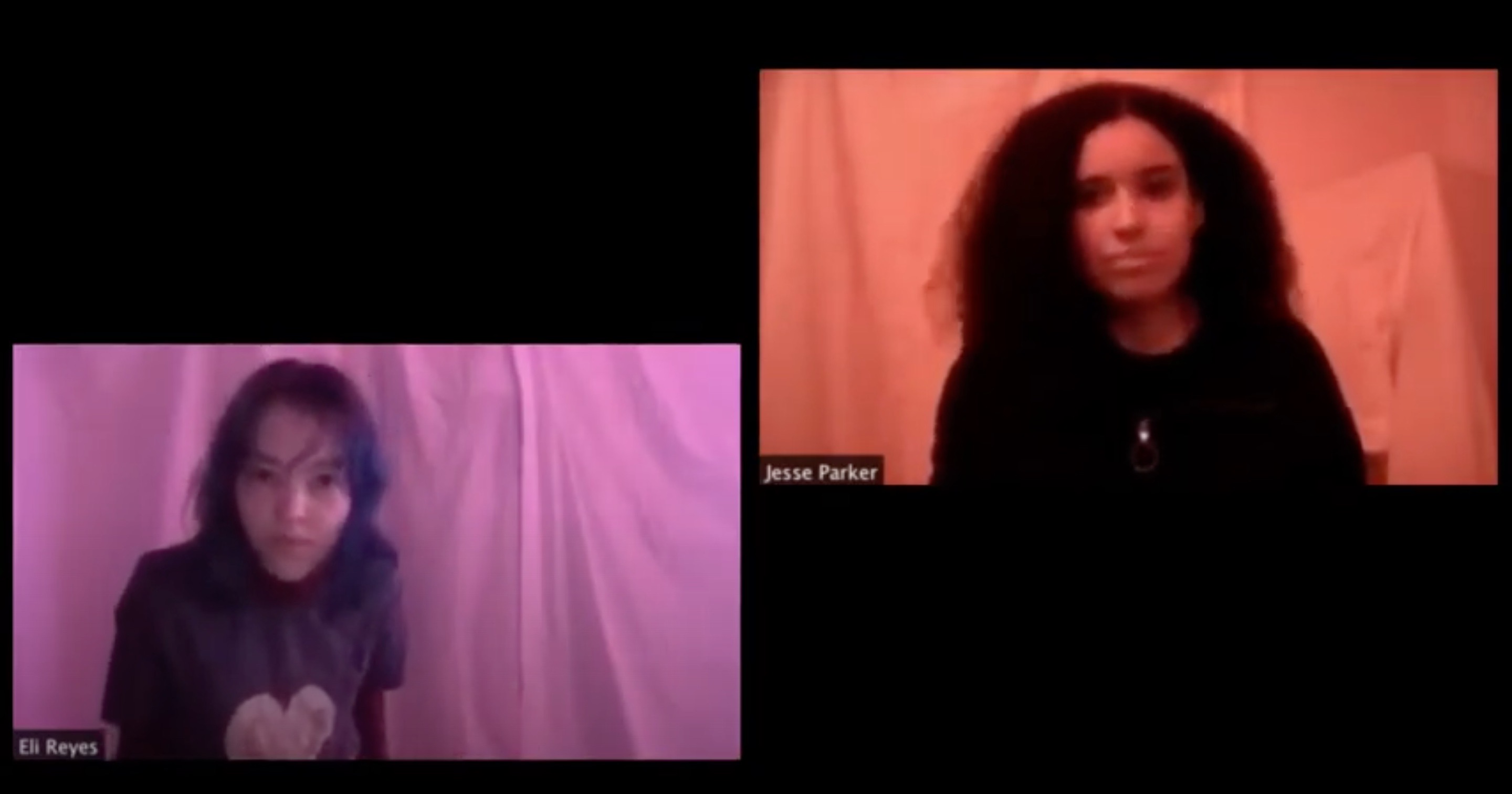 NOMADS delivers queer romance and catharsis with ‘Anointed with Gasoline’
By Sophie Craig
Playwright Abigail Duclos, BC ’23, gives her queer romance a happy ending—a “Love Actually” finale. After coming out to an accepting mother, Duclos’ protagonist hightails it across town to reunite with her high-school sweetheart. All of this, from confession to door-step, happens in just twelve minutes.
... 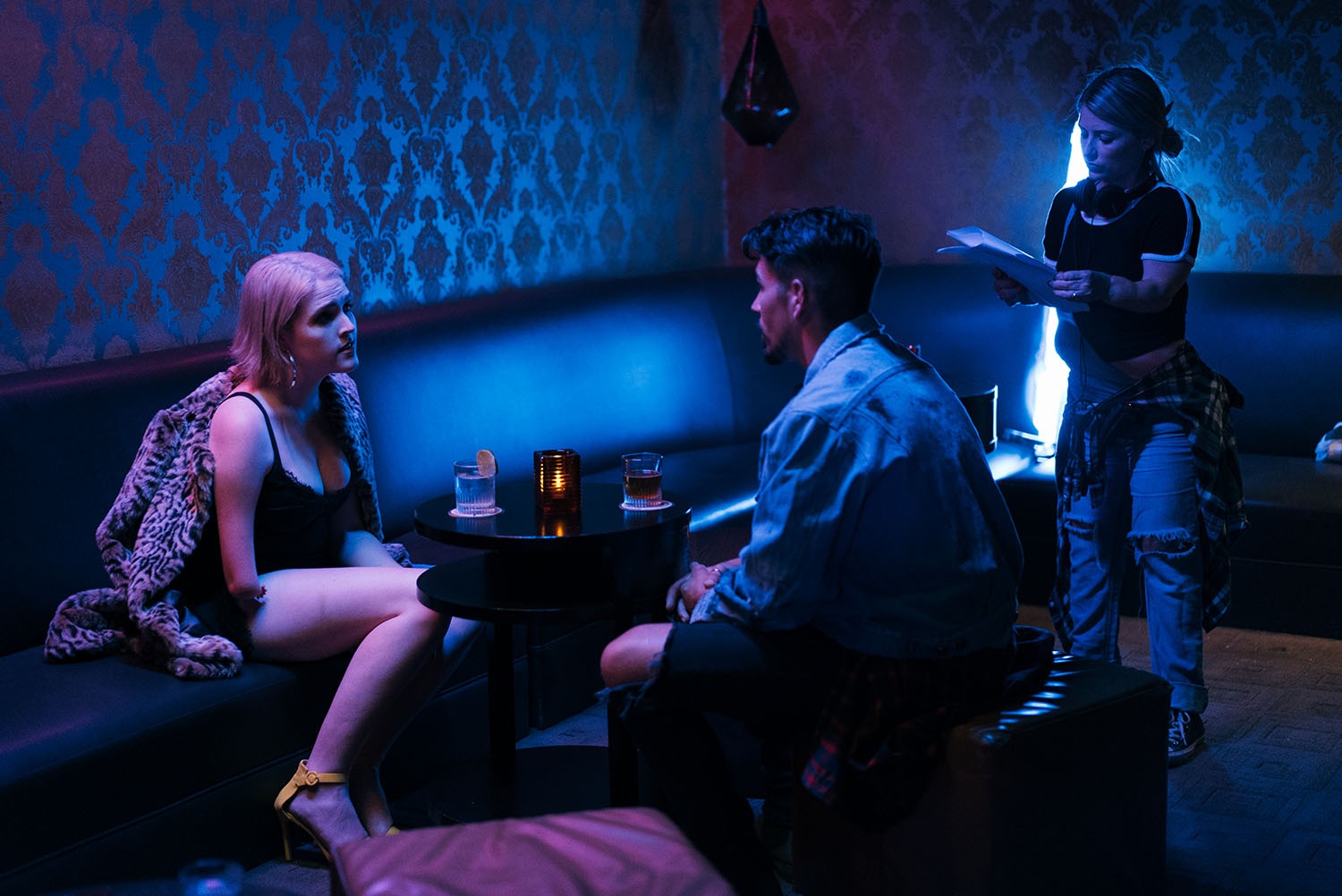 Shedding light on the importance of representation in film with ‘Nothing About Us Without Us’
By Irene Madrigal
In recent years, there has been conversation and controversy about which voices are being prioritized in front of and behind the camera in Hollywood. The film series “Nothing About Us Without Us” looks to celebrate and dissect representation as it appears in everyday life. Each of the seven shorts allows the audience to view the world from underrepresented individuals’ perspectives and to understand what it means to be viewed differently by those around them.
...

Basketball, fencing face significant Giving Day losses, but that may not have immediate consequences
By Matthew Kim
March 7 was the last time the Columbia men’s basketball team took the floor. That night, now over eight months ago, rival University of Pennsylvania thrashed the Lions in Philadelphia 85-65, wrapping up a devastating 6-24 campaign that saw Columbia finish at the very bottom of the Ancient Eight.
... 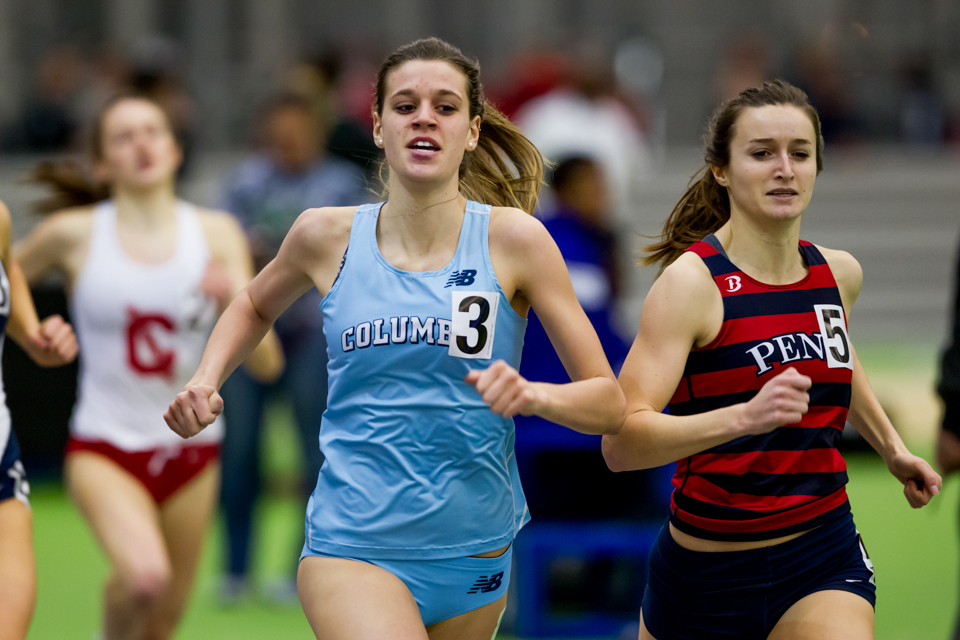 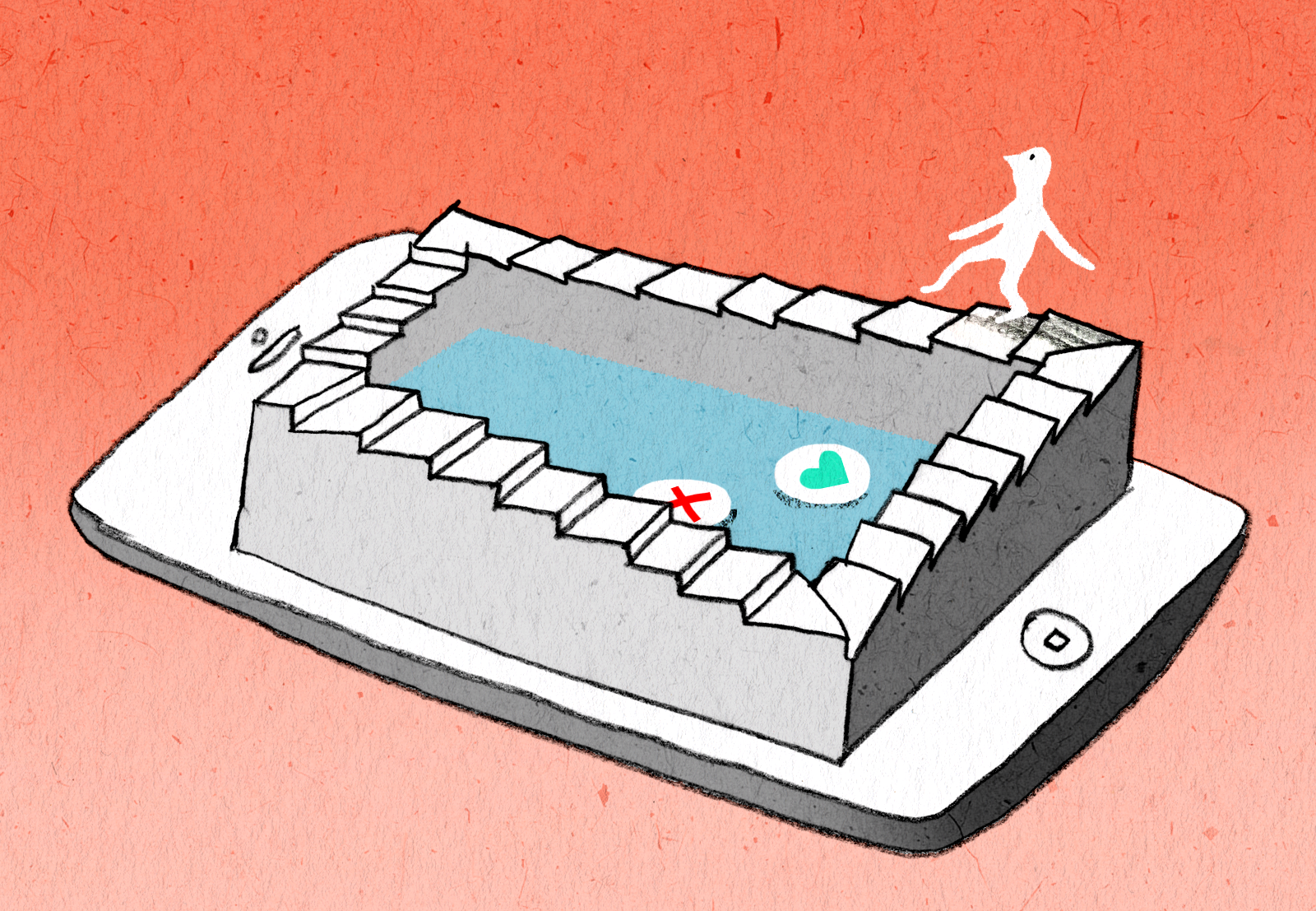 Swipe right for self-love
By Molly Schwartz
The author writes about the problem with dating apps and how Columbia students should focus on finding meaningful relationships over any relationship.
...

CLEARY: Exercise keeps you healthy, inside and out
By Michele Cleary
Since the college basketball season is (basically) over—for the Ivy League, at least—I've decided to write about a topic that is becoming much more widely discussed on campus but has not made an appearance on the back page of this paper: mental health. The first Mental Health Awareness Week just ended, so I'm admittedly a little late to the party. However, to celebrate the first day of Random Acts of Kindness Week, I want to offer some advice: Be kind to yourself and make time to exercise.

While the physical benefits of exercise are great (not passing out after walking up to the seventh floor of Hamilton is always a plus in my book), the mental benefits can be even better. Studies have linked physical activity to better memory and improved cognitive function. In my opinion, though, the greatest benefit derived from even semi-regular exercise is the effect it has on anxiety and depression.

Like many other Columbia students, I've spent the majority of my college career making excuses to avoid physical activity. I always had too much work, needed a nap, had to deal with a Spec-related crisis, or had to "do laundry" (obviously code for "catch up on 30 Rock' "). But this semester, I ran out of excuses—I have way more free time than I'm used to, the weather has been beautiful, and "30 Rock" has been kind of terrible—so I decided to start running again. And it was arguably the best decision I've made in my time at Columbia.

I know I'm not alone when I say that stress is not a new feeling for me, but the particular brand of anxiety that comes from being a second-semester senior sort of took me by surprise. Being told to pick up Commencement tickets, donate to Senior Fund, and purchase my cap and gown have become constant reminders that in a few short weeks, I'm going to be forcibly removed from the Columbia bubble despite having no idea what I'm going to be doing after graduation. (Somebody, please give me a job.)

Of course, these feelings are not unique, but that does not make them any less terrifying. This fear of the unknown, combined with a pretty drastic decrease in the amount of time I spent on extracurriculars, left me feeling incredibly lost. Instead of enjoying my last semester here by soaking up all Columbia has to offer academically, socially, and otherwise, by mid-February, I had slid into such a deep funk that leaving my room became a challenge.

One Monday, midway through a lecture I hadn't absorbed a single word of, something inside me finally snapped. I was tired of being constantly worried, tired of lying awake for hours every night before finally drifting off to sleep, tired of not caring about anything. I decided that as soon as class ended, I was going to go back to my room, change, and go running in Central Park. I did, and while it was incredibly difficult considering how out of shape I was, at least I slept well that night.

Since then, I have more or less stuck to a regular running schedule, and while it hasn't been easy, I've definitely reaped the benefits. I still worry about finding a job, I still stress about schoolwork, and there are still days when I spend way more time in bed than I should, but these feelings of anxiety and melancholy are a bit softer now.

Exercise, of course, isn't a magic bullet that will solve all of your problems—it certainly hasn't solved all of mine. But, in conjunction with other forms of treatment, exercise has been shown to help alleviate the symptoms of serious depression. So whether you're dealing with the garden-variety stress that comes from being a student at an academically rigorous school or battling more serious demons, be sure to take some time for yourself this week. Even 20 minutes a day is enough to start easing some of the symptoms of anxiety and depression. At the very least, getting outside and away from campus for a bit will remind you that there is a world outside Columbia, and sometimes that's all you need to get through the day.

Michele Cleary is a Columbia College senior majoring in history. She is a former Spectator managing editor.
sports@columbiaspectator.com 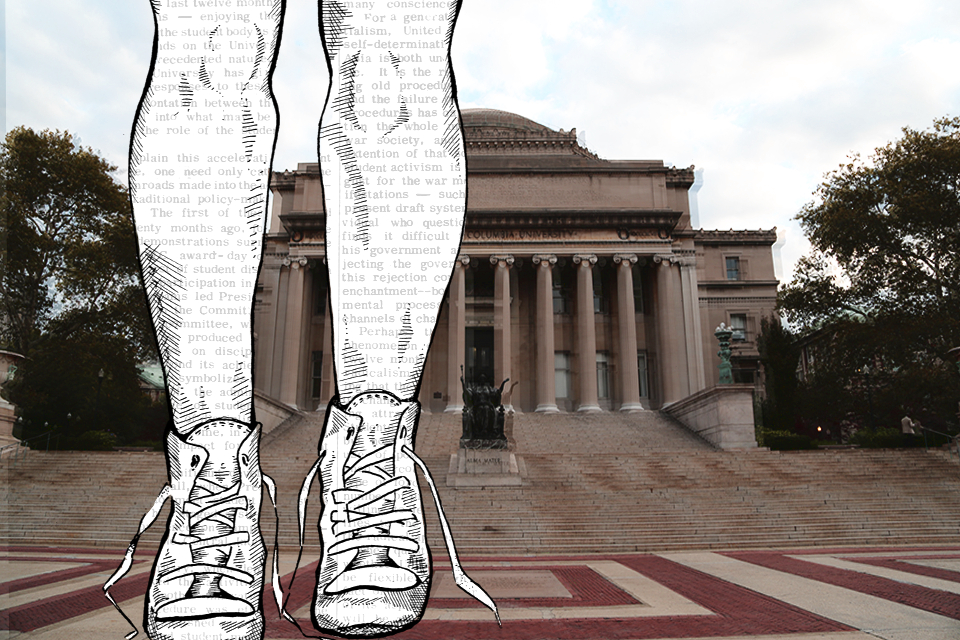 Journalism, activism, and the art of taking it too seriously
By Paulina Mangubat
There are two groups on campus that are often accused of being insular, arrogant, and self-important: campus activists and campus journalists.
Next
ADVERTISEMENT
From The Blog