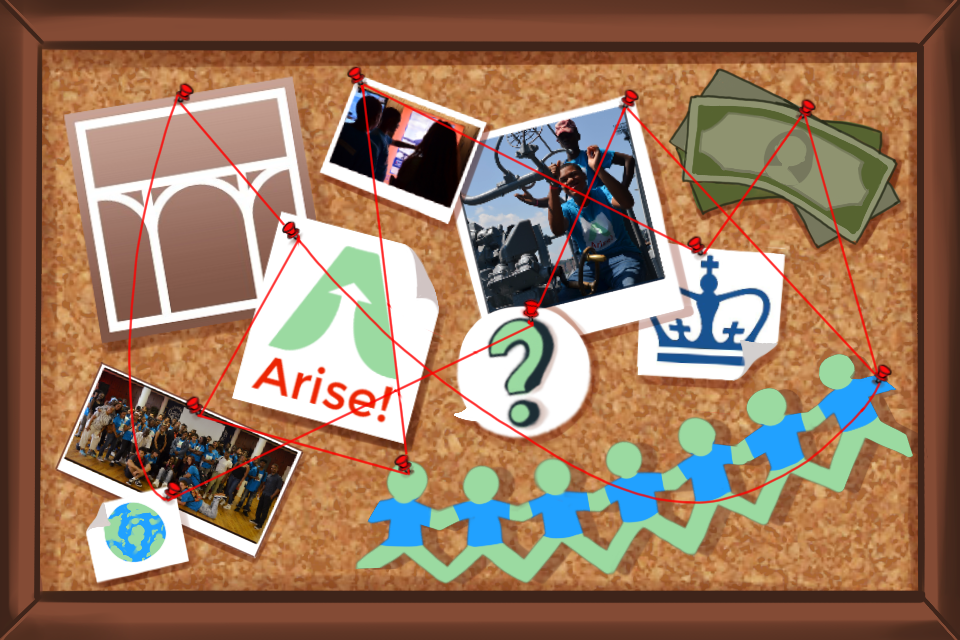 Inside the Summer Program for West Harlem Youths that Columbia Funds (For Now)
By Emile Warot
It struck me immediately as I started reporting on Arise, a summer program for youths in West Harlem, what a small world I had stumbled into. 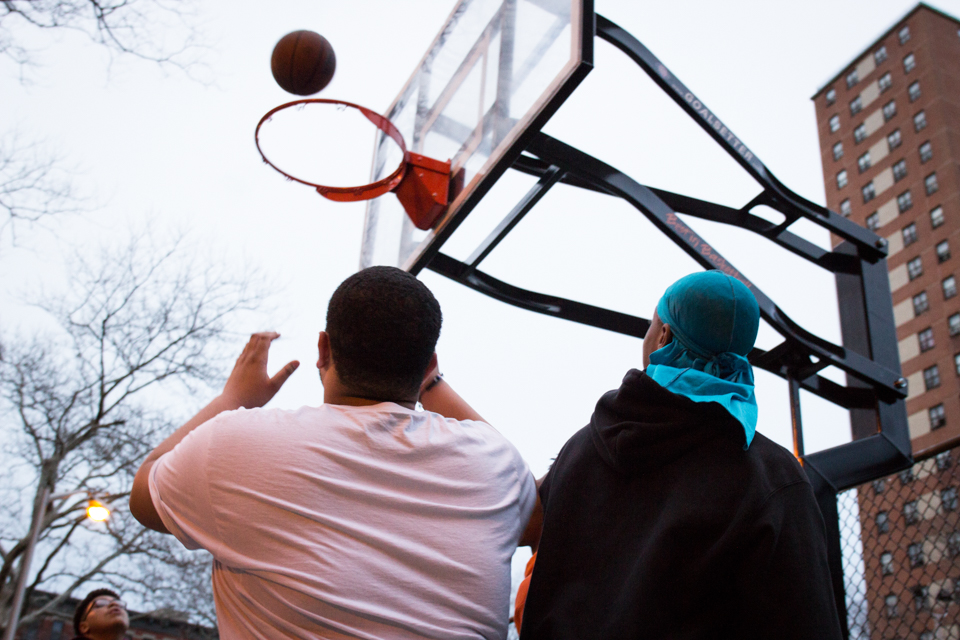 Baller City: Can A Basketball Tournament At The Grant Houses Change What It Means To Invest In The Youth?
By Juliana Kim
MARCH 1, 2018: “HARLEM, NY — Two [young] men were shot Wednesday night outside of a public housing building in Harlem, an NYPD spokesman said.”
... 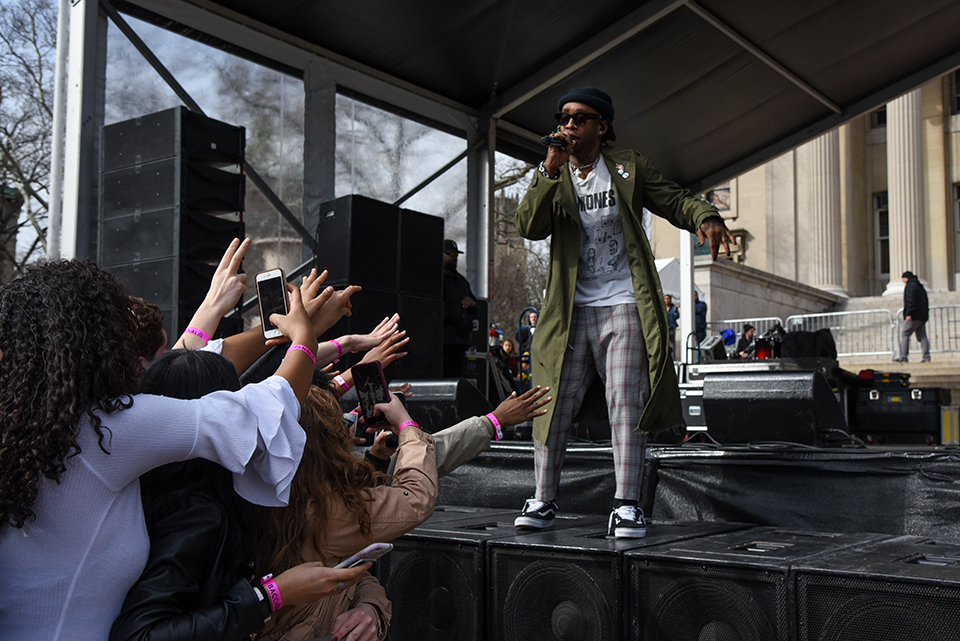 Ty Dolla $ign, Kamaiyah bring music, party atmosphere to Columbia for Bacchanal 2018
By Jack Meyer
Despite early forecasts of rain—and even snow—crowds of students flocked onto South Lawn and Low Plaza this past Saturday for another year of Columbia’s student-run music festival, Bacchanal.
... 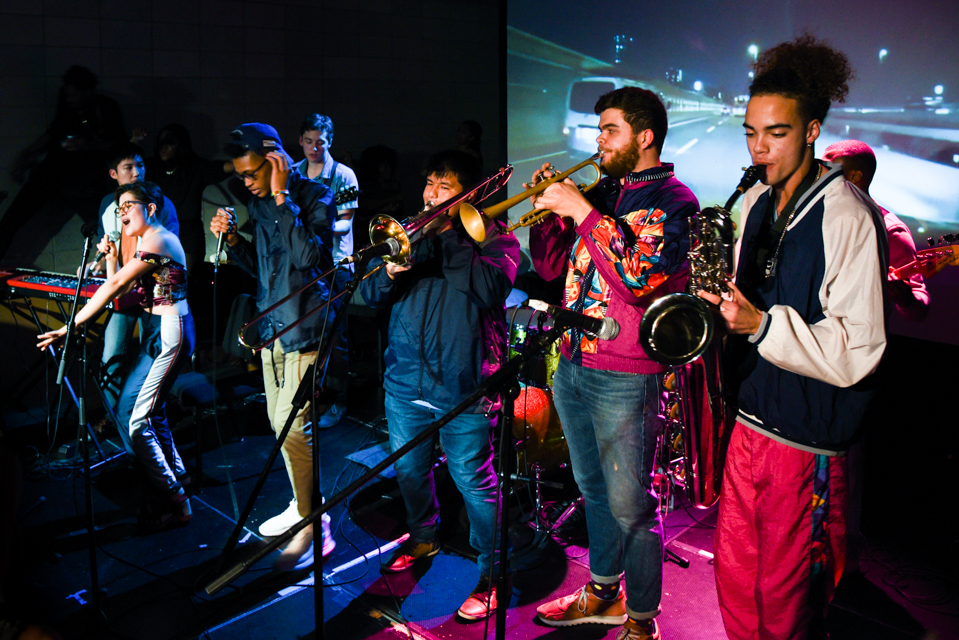 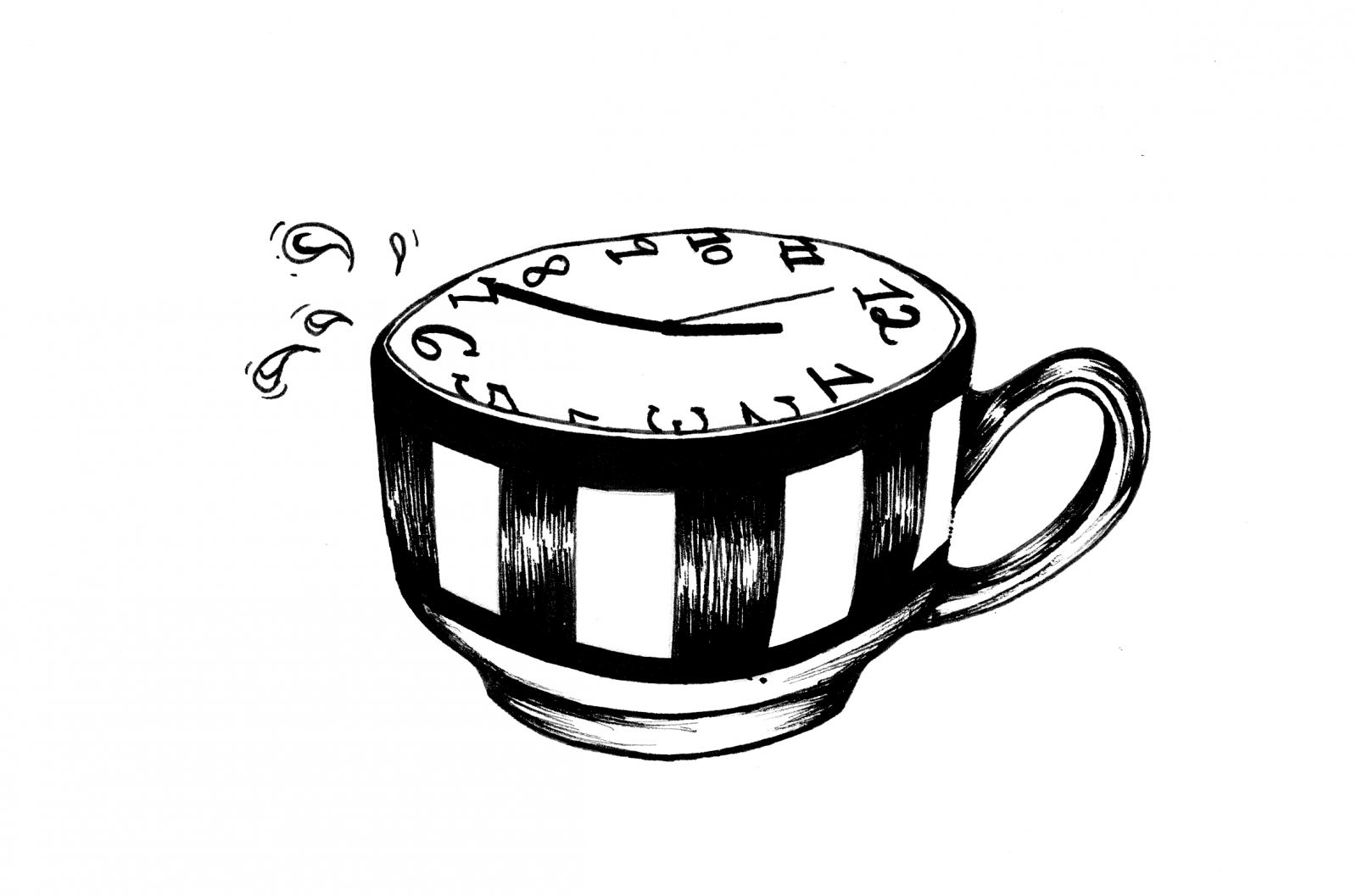 Will there be time?
By AJ Stoughton
"And indeed there will be time 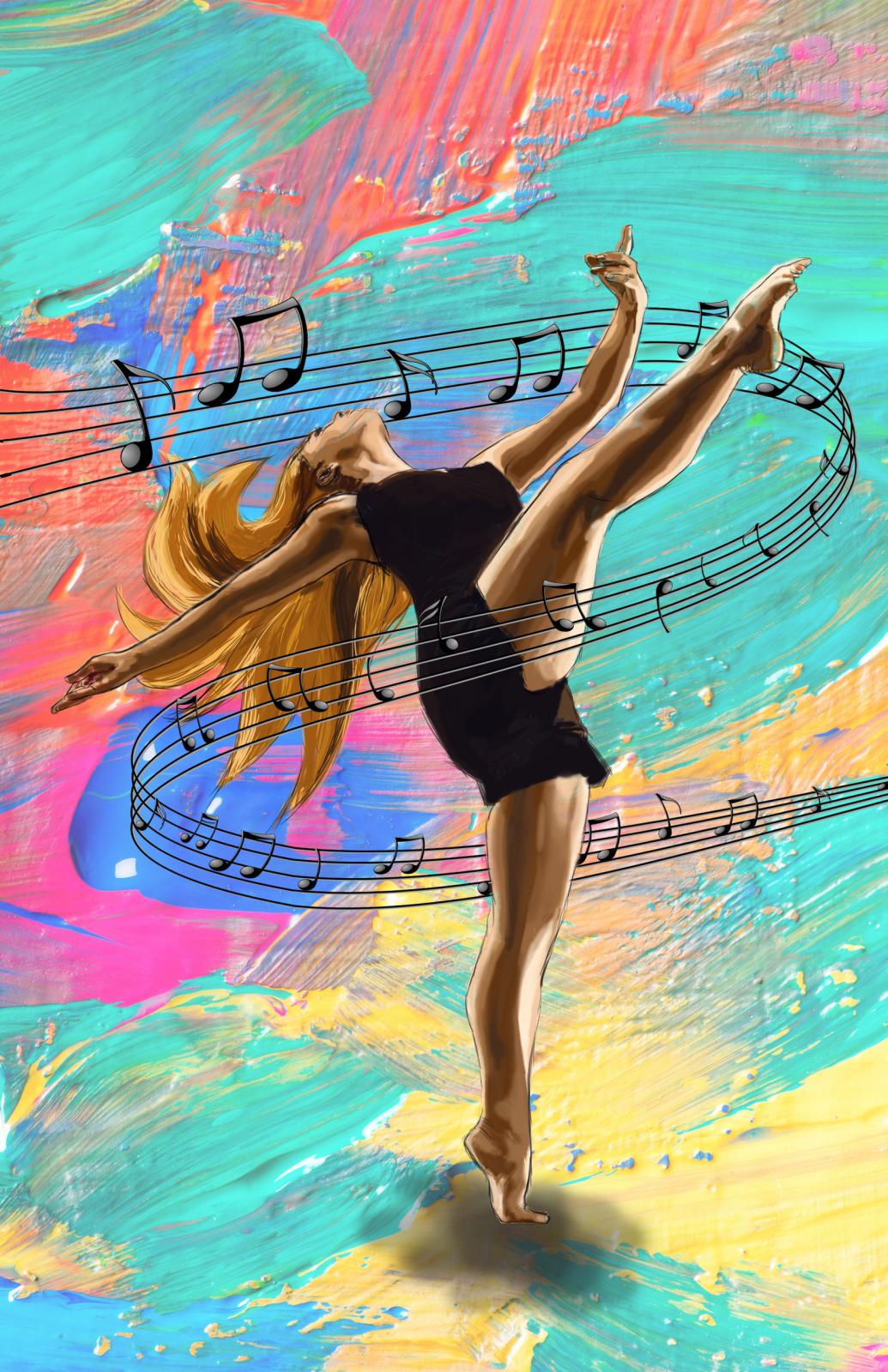 From the 'NYFA to the NYC Youth Poet Laureate Program, four students are making an impact in the arts
By Allison Kiang
From the Beat poets, to Broadway legends Rodgers and Hammerstein, to poet and playwright Federico García Lorca, Columbia is no stranger to artistic talent. Spectator interviewed four current students who are already making an impact in the diverse arts scene of New York City.
... 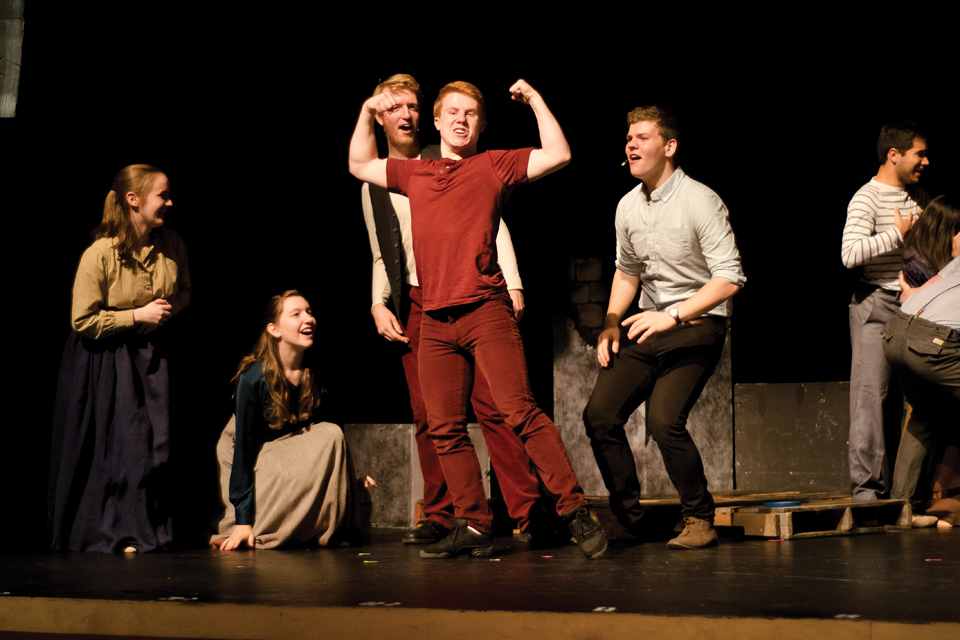 YIR 13-14: Campus productions see new collaborations, stir controversy
By Zoë Miller
Each year, it seems that Columbia's thespians have a slew of new tricks up their sleeves to astonish and delight, and 2013-14 was no exception. Taking on a range of works that varied from a classic musical romance penned by alumni to a new "Hamlet"-inspired play about idealism to an operatic retelling of a Greco-Roman myth, the Columbia theater community offered something to suit every viewer's taste.
... 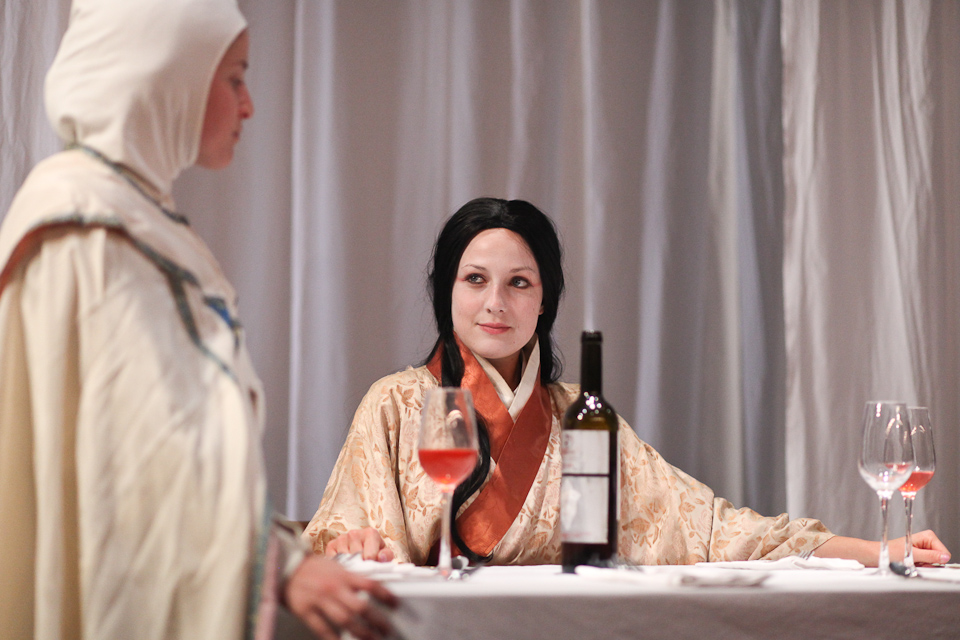 YIR 2013-14: Campus theater sees new collaborations, stirs controversy
By Zoë Miller
Each year, it seems that Columbia's thespians have a slew of new tricks up their sleeves to astonish and delight, and 2013-14 was no exception. Taking on a range of works that varied from a classic musical romance penned by alumni to a new "Hamlet"-inspired play about idealism to an operatic retelling of a Greco-Roman myth, the Columbia theater community offered something to suit every viewer's taste.
... 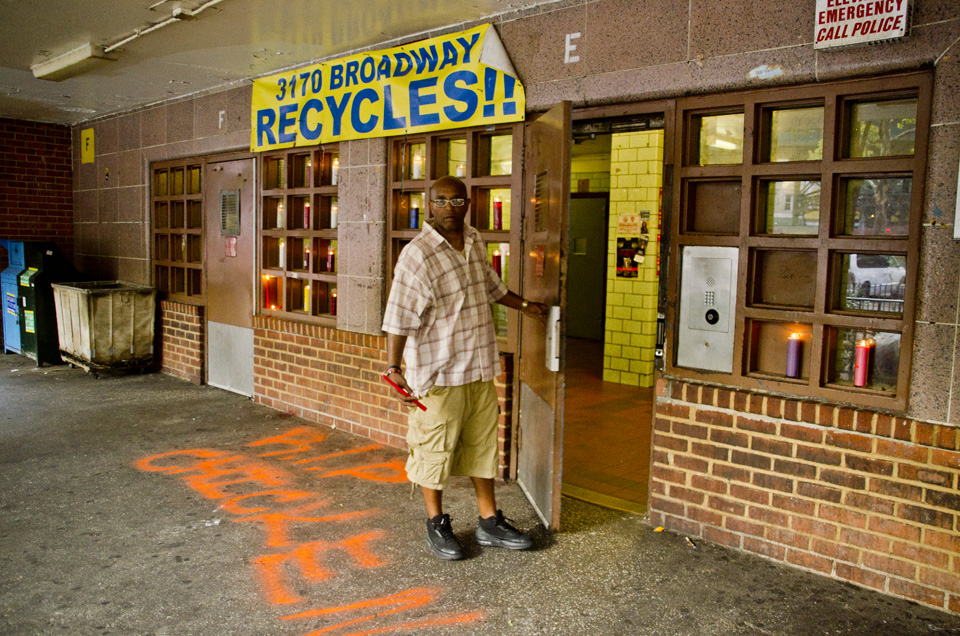 Two years after shooting, victim's father works to end youth violence
By Casey Tolan
High school basketball star Tayshana Murphy was well known on courts across the city by the time she was entering her senior year in September 2011. 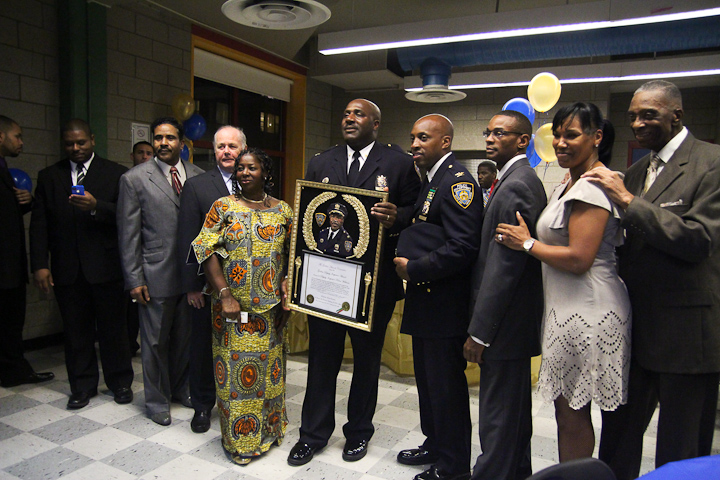 Harlem precinct commander honored for promotion
By Luke Barnes and Naomi Cohen
Harlem police officer Kevin Williams is moving up in the world.

Since arriving in the 28th Precinct—which borders Morningside Avenue to the west and Central Park to the south—in August 2011, Williams has had to deal with a wide range of criminal activities, including gang violence among teen "youth crews" and illegal dirt bike and all-terrain vehicle racing. He has sometimes come under fire from neighborhood associations, which have accused the precinct of ignoring their suggestions and of not sending out enough patrol officers to interact with the community.

But Thursday night's ceremony marked a change in tone from most precinct community meetings, where police are often criticized for perceived inaction and inflexibility. Williams said that while those concerns exist in the 28th precinct, progress is being made.

"West Harlem is one place where interaction between police and community is critical," he said. "We don't always agree, but I think we have a mutual respect for each other."

At the event, Williams was praised by fellow officers, precinct commanders, and community leaders like Jackie Rowe-Adams, leader of the anti-gun activist group Harlem Mothers SAVE.

"He doesn't mind rolling up his sleeves. He makes us feel safe," Adams said, recalling that Williams once accompanied her to a school to talk to students about their fear of dealing with the police.

"Those young men had an experience more valuable than I could have imagined, and for that I respect him," Adams said.

"He's a gentleman," Apollo said told the Harlem civic leaders and police officers who attended the event. "He's well-respected and a people person, which is so important when dealing with such a diverse community."

"Ultimately, Deputy Inspector Williams has sought to and succeeded in making police relations to the community better," the commendation read.

Williams said that he was humbled and honored to be promoted, but acknowledged that more needs to be done to make Harlem safe.

"When I found out that I was going to be the commanding officer of the 28th Precinct, it blew my mind," Williams said. "Never in my wildest dreams did I think I'd be here."

"The award is truly a blessing," he added. "I'm out here doing what I believe in. It's not just about having a gun and a badge. It's about communication with the community."

Williams' father, Jerome Williams, served as a sergeant in the 28th Precinct in the 1980s. Williams joked that his father told him not the ruin the family name.

Williams' wife Darlene, who met him while he was studying criminal justice at John Jay College, praised her husband for his commitment to the NYPD and to Harlem.

"We'll talk about the community, about what we think he should do," she said. "He's really committed to what he's doing. We're proud of him."

news@columbiaspectator.com
...
Back Next
ADVERTISEMENT
From The Blog