And Yet It Warms: Climate Science Funding in the Trump Era

And Yet It Warms: Climate Science Funding in the Trump Era 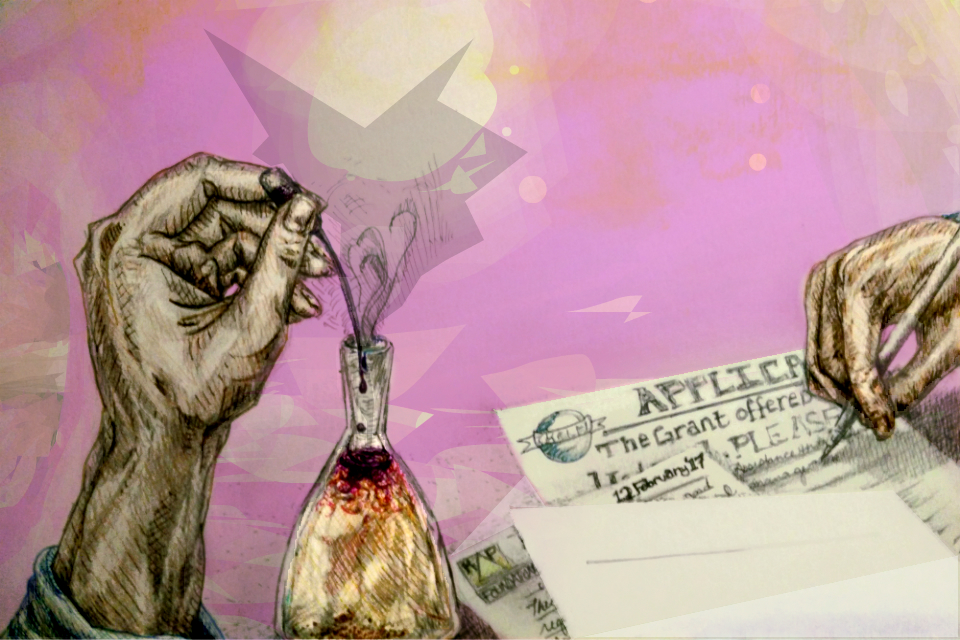 Research universities face an upward battle in the coming years. Peter DeMenocal, director of the Center of Climate and Life, knows this to be true.

“Our dependence on federal research support is going to be really sorely tested in the years ahead. The president-elect—” DeMenocal laughs, correcting himself, “the president has made it clear what his stance is on climate research, and it is very clear there are crosshairs on this at the moment.”

President Donald Trump has not been shy about his stance on climate change, nor have members of his cabinet. On Jan. 20, the White House’s official webpage dedicated to climate change disappeared, as did most of the website’s references to climate change. In their absence, new pages were put up. Written into the new administration’s ideas for policy, presented under “An America First Energy Plan,” the website declared that, “For too long, we’ve been held back by burdensome regulations on our energy industry. President Trump is committed to eliminating harmful and unnecessary policies such as the Climate Action Plan and the Waters of the U.S. rule.”

Former President Barack Obama’s Climate Action Plan has many components, including an investment in the creation of better biofuels and a commitment to learning as much as possible about our changing planet. The increase in funding promised by the Obama administration is now in jeopardy. This perhaps concerns the scientific community most—the potential elimination of federal funding for research could leave current projects in limbo and future projects without the money necessary to proceed. In addition, Trump has frozen grants and contracts from the Environmental Protection Agency, a move that worries scientists dependent on its funds.

The progress made during the Obama administration is threatened by Trump’s actions. The Paris Agreement, an unprecedented treaty of 195 nations, is one of the best hopes we have of keeping the planet from warming more than 2 degrees Celsius, an event that could lead to the possible flooding of coastal cities, Manhattan included. Climate change has already created a new subset of refugees who have been forced to flee the impacts of natural disaster on their homes.

The Center for Climate and Life was created to confront these challenges. The Center tries to engage the problems of climate change in conjunction with leaders in multiple industries. These “real world” implications, as DeMenocal puts it, pushed him to create the Center.

“It [climate change] will affect your future, your 401k, the value of your home, your ability to feed your children,” he says adamantly. “And it will [do so] in your lifetime.”

All around the world, climate scientists are working to address this issue. But to even begin their research, scientists face a long process. First, a researcher has to come up with an idea for a project, one that both touches on their own specialties and fits the specifications of the particular grant they are applying for. This can be an ongoing challenge, according to Dr. Chia-Ying Lee, a 2017 Climate and Life Fellow who studies hurricanes.

The idea for a proposal is developed over time, fostered through conferences, seminars, and discussions with peers. Science research requires this fluidity of mindset and a willingness to be flexible in your pursuits. The bigger questions, Lee says, wouldn’t fit into one grant proposal. They’re simply too wide and would prove far too expensive to be covered by a single grant. Instead, the mysteries of climate science are solved bit by bit, often through collaborative research.

After narrowing down the proposal, there is still administrative paperwork that must be done. Finally, the fate of the proposal is left in the hands of a foundation or fund. Submitting proposal after proposal to various foundations, hoping that your own project will outshine the rest, is an exhausting process. When the grant runs out, or a new project arises, the cycle must start all over again. While the work of Dr. Laia Andreu-Hayles, also a Climate and Life Fellow, is currently funded through the Climate and Life Fellows, she is already looking for new grants for the upcoming years.

Funding for these projects, however, is a whole other ball game—one that impacts the nature and state of climate research. After graduate school, and sometimes as a postdoctoral fellow, much of a scientist's salary is dependent on so-called “soft money.” Soft money, obtained through grants, must cover the cost of the project at hand, as well as pay the salaries of the principal investigator and the research assistants. For some researchers, like Andreu-Hayles, the grant must cover fieldwork—in Alaska, in her case. This funding, coming from the Center through private donations, lasts up to three years, and allows more funding for those who require travel in their work.

A study from 2007 showed that “university faculty members spend about 40 percent of their research time navigating the bureaucratic labyrinth,” according to Scientific American. For those relying on federal funds, which most research universities do, the challenge is heightened by a decrease in availability. In 1967, the federal government allocated 10.1 percent of the total federal budget to research and development. By 2017, that number had gone down to 3.5 percent (See: “R&D as a Percent of the Total Federal Budget, 1962-2017”).

Andreu-Hayles says that while researchers have a unique relationship with the University, most of their funding and salaries come from non-University sources. Although she is now covered through the Center for Climate and Life fellowship, her past research has depended on federal money, specifically through the National Science Foundation. Soft money like this runs the sciences—climate science is no exception.

Dr. Lee admits she’s been relatively lucky. Before now, she’s been funded by a principal investigator—the head of a lab—as a postdoc. Before that, she was still completing her Ph.D. at the University of Miami.

Since both Lee and Andreu-Hayles are new fellows, the Climate and Life Fellowship will cover them for three years and as such they may themselves escape the impacts of decreased funding for the time being. Others are not so lucky, and any long term plan must also focus on bringing climate change to the forefront of policy and discussion.

Still, both of these scientists—and many others at the Earth Institute’s Lamont campus—are worried about the future state of this funding under a Trump administration.

“We are in a very … sensitive moment, I will say, regarding all of the changes that we are observing in our planet,” Andreu-Hayles says, “so it's not the right time for cutting research.”

Getting funding for research has always been fiercely competitive, but Andreu-Hayles fears that the competition will only heighten as funding is potentially cut. But since researchers can’t get funding if the government does not believe in the validity of their work, this means that for climate scientists, the stakes are heightened.

In a way, funding through Columbia’s Center for Climate and Life is Columbia’s subversive response to climate change science. It bypasses the more traditional pathways to impact carbon output directly by turning to a novel source of funding—philanthropists—with a goal of raising $200 million. Ten million dollars have already been pledged anonymously by a West Coast philanthropist five years ago. Up to this point, $17 million have been raised. Ideally, this sum total of $200 million will be used for a $10-million-a-year income to fund the Center, though DeMenocal notes that $20 million a year would help it go above and beyond. Filling the gap left by federal funding withdrawals will be no small task, but DeMenocal is convinced that investors and philanthropists will rise to the occasion.

Funding given by philanthropists is unique, too, in its ability to be quickly used. ”It's a much more agile and focused and directed way to fund the work you need to do,” DeMenocal explains.

According to DeMenocal, University President Lee Bollinger plans to roll out a new capital campaign focused on the collaboration of climate scientists, economists, law professors, and business leaders to make the conservation of our planet not only a scientific but a market priority. Integrating climate science into multiple disciplines should allow for real world solutions beyond the slower, incremental impacts of policy change.

As for whether the Hudson will inch closer to your dorm, the Center has a project for that, too. It hopes to refine models predicting sea rise. DeMenocal gives an example—one he admits is tongue in cheek. “We could actually come up with a much more refined estimate of the sea level rise future for Mar a Lago [Donald Trump’s favored property] and essentially say when that property becomes valueless,” DeMenocal says. “And that will happen in your lifetime.”

Columbia may seem an odd place to house such a project; most of us go about our day-to-day lives interacting mostly with concrete and cement. But with one of the best Earth Sciences department in the country, Columbia is poised to lead research on climate change, even in spite of freezes on federal funding.

“One of the great things about Columbia is that we have the best team, I would say, in the world for this. And it's something we should be deeply proud of as well,” DeMenocal says.

“I think it's really important not to despair,” DeMenocal concludes. He recognizes that the situation may be dire, but the response has been heartening. “I think we've got the ability to really make a difference. And I think that's energizing everyone.”

Have fun leafing through our third issue, and subscribe to our new weekly newsletter, As We See It!