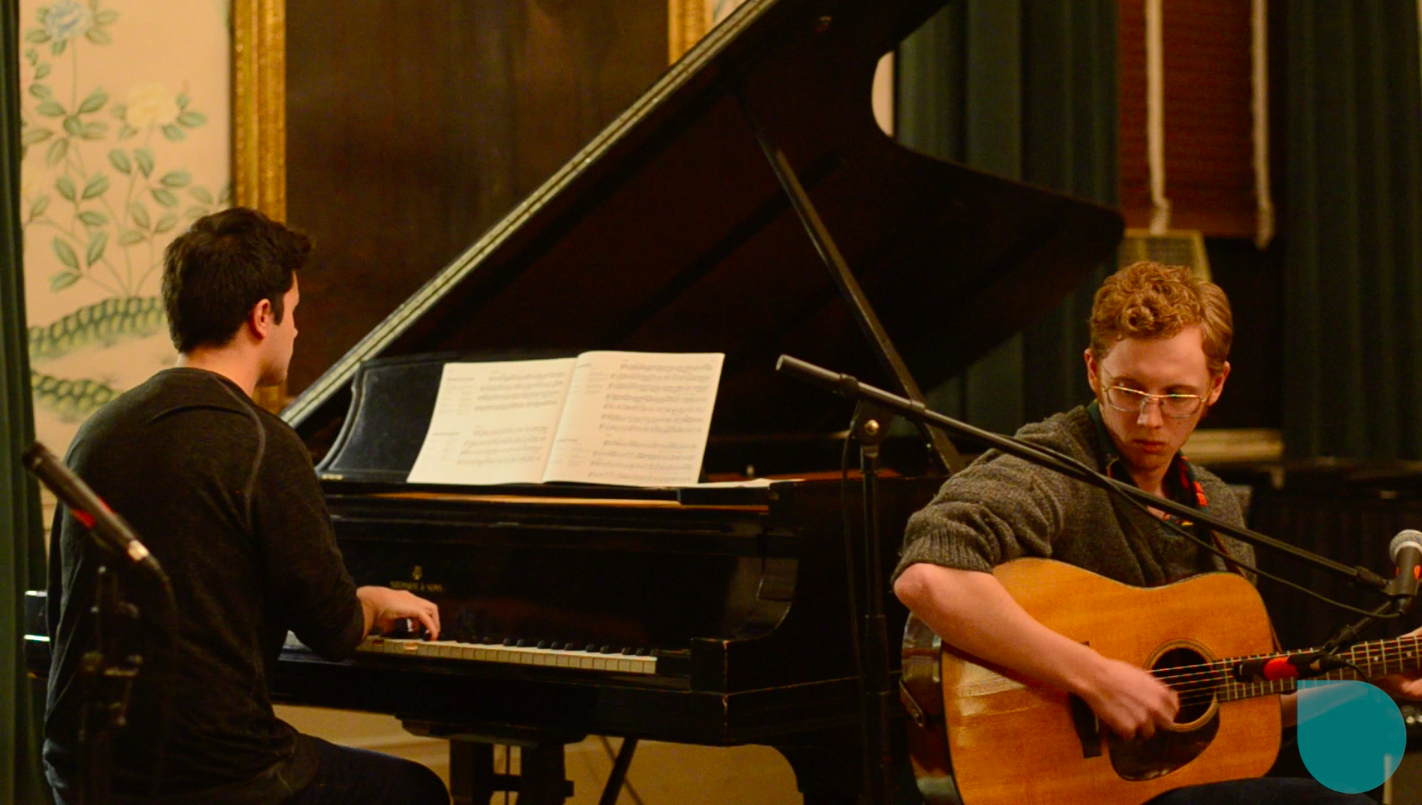 This week's episode of Tiny Dorm Concert features student artists who find success outside of their tiny dorms—namely, at WBAR's Unplugged event. Listen to the Bluegrass Brothers, a piano-guitar duo composed of John Melendez and Charlie Fuertsch, both juniors at Columbia College, as they play an old Canadian fiddler's tune called "Whiskey Before Breakfast." Eden Arielle, a sophomore at Barnard College, takes to the piano to perform an original, "In a Station of the Metro," and Taylor Faires, also a sophomore at Barnard, plays a song of her own called "13 Silver Spoons."

The concept of the tiny dorm concert, while on one hand an homage to NPR's "Tiny Desk Concerts," also touches on an issue in the Columbia community: There's not much space—physical nor mental—for music on campus. It's a claim I've made and heard, but it's difficult to substantiate or explain. Maybe it's because we're in New York City—rent is high, so campus venues are scarce—or maybe it's because we're busy. We work hard, and the average student's involvement with music gets pushed aside for later.

Have fun leafing through our Traditions issue, and subscribe to our weekly newsletter, As We See It!