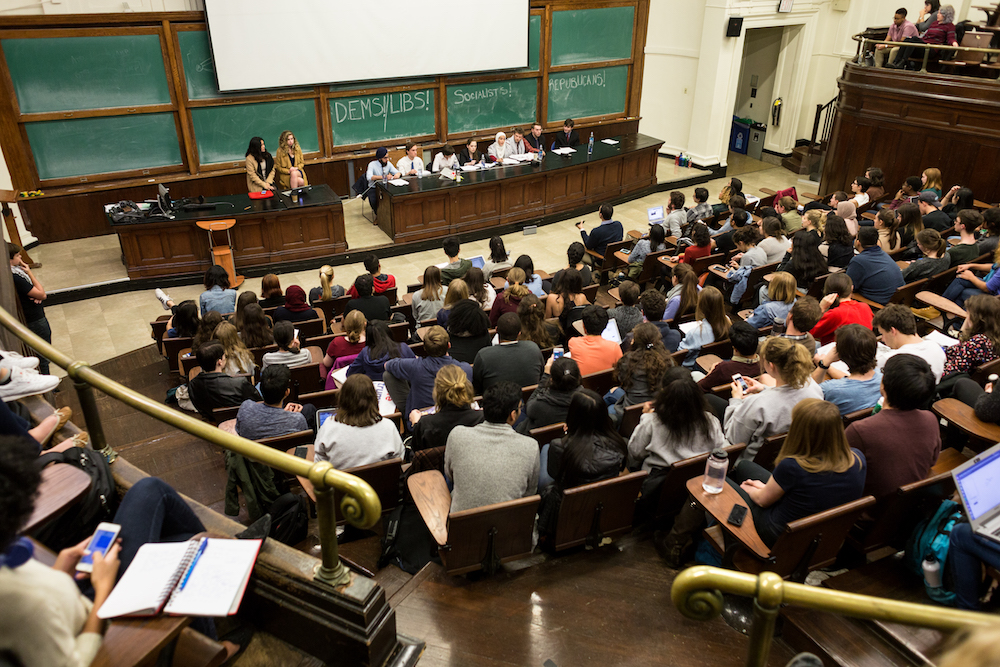 When The O’Reilly Factor sent Jesse Watters to Columbia earlier this month to investigate why so many American universities lean to the left, the reaction on campus was a mix of humor and outrage. Watters approached various Columbia students in front of the 116th Street and Broadway gates to ask them, among other things, about professorial bias and safe spaces. A few responded with answers conforming to the portrayal that Watters attempts to paint of Columbia: a school radicalized and bigoted toward conservatives.

Although Watters’ depiction may not be entirely convincing, Columbia’s portrayal as a radically liberal school that shuts out other political voices is not a new one.

This feature, the first of a two-part story highlighting these groups, profiles the Columbia University Libertarians and the Barnard/Columbia International Socialist Organization.

Meredith Dubree, a senior in Columbia College and president of Columbia University Libertarians, exudes a confident energy that only builds as she walks me through her political beliefs. And indeed—as a gender studies major, a self-identified feminist, and a “social justice or pragmatist” libertarian—Dubree’s politics have a complexity that is worth getting excited about.

When I ask Dubree how she became a libertarian, she laughs and happily admits that she began developing her political beliefs when she was introduced to Ayn Rand’s novel Atlas Shrugged at the age of 14.

“I grew up in rural Kentucky,” she explains, “and people [there] don't really support intellectual success—especially with women.” When a teacher introduced her to the book, she was exposed suddenly to a world in which women could be industrial leaders and where “intellectualism is exalted.”

On the national level, the Libertarian Party platform calls for education to be controlled by the market, income tax to be repealed, and “unrestricted competition” between banks, among other things.

For Dubree, however, libertarianism is less about reducing government to a state of near-anarchy and more about allowing “people to live with the most agency they possibly can.” To her, this doesn’t just mean selfishly maximizing one’s own personal gain—citizens should take the moral responsibility of helping people upon themselves rather than the relying on the government to do so.

In order to put her principles of individual moral responsibility into practice, Dubree says she looks to share her wealth, in ways like donating to the homeless, churches, the American Civil Liberties Union, and Amnesty International. “If I see something that I feel is in need, I try to give what I can,” she says.

Dubree’s particular sense of moral and fiscal responsibility is rooted in seeing how her father, a small business owner, navigated the 2007-2008 financial crisis. When his business, Commonwealth Machining, was collapsing financially , Dubree says that he refused to file bankruptcy because he thought it wasn’t “honorable” to not pay his debts.Instead, Dubree says that her father decided to sell everything, pay his employees, and, after just one day off, start over—specifically emphasizing how her dad chose to fulfill his obligation to his employees before even paying himself. 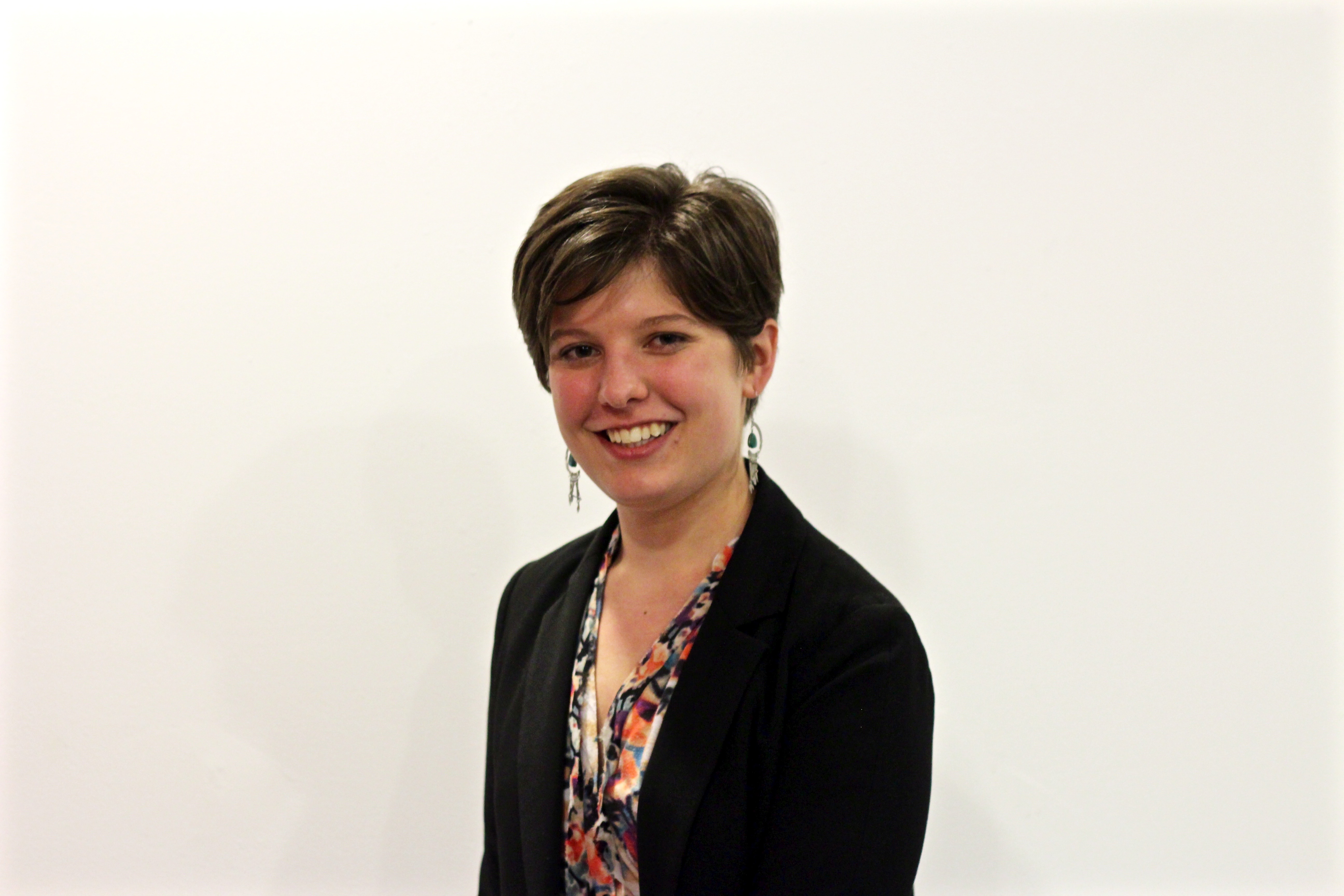 Although she uses the word “awesome” several times over when describing her father, who is a social and fiscal conservative, Dubree does not agree with many of her parents’ political beliefs. But rather than holding these views against them, she views it as her responsibility to challenge their beliefs and often sends them political articles.

As much as she seeks to challenge her parents’ political beliefs, she also regularly challenges her own. Despite wanting a limited government, Dubree happily admits that there is room for government intervention and that elements of the national Libertarian Party’s platform—such as eliminating public education—are “insane.”

Dubree cites one particular conversation—in which someone explained to her how their family relied on government assistance to put food on the table growing up—as being especially insightful. In fact, it caused her to broaden her libertarian view of what the government’s role should be.

Although Dubree says that she is always eager to engage in free and open discourse with other students, she has found that sometimes her peers are not always so willing to participate.

Dubree recalls her first year at Columbia when she still had her thick Southern accent, which elicited certain preconceived notions held by other students. “A lot of people tried to bait me into saying the South was this horrible, evil place where everyone was inherently racist,” she remembers.

Dubree argues that the same kind of political isolation that causes students to view all Kentuckians as inherently racist was also the cause of Trump’s presidential victory. She says that if one wants to enact political change, it is their responsibility to bring their activism to rural counties. “There's no one in towns like mine that are speaking something different—that are bringing other [political] influences,” she says.

While she may feel that Columbia is a “democratic liberal bubble,” she also has found a lot of acceptance and open minds. Recent debates between the various political organizations, she says, have largely been spaces of free and open discourse.

“No one believes anything out of malice,” Dubree cheerfully concludes, “except maybe Mitch McConnell.”

The four of us—three members from the Barnard/Columbia International Socialist Organization and myself—are sitting in a circle on the lawn outside Butler Library. While I wish I could say that they chose to meet outside, sitting on a level field, as a reflection of their politics, the reality is that Butler Cafe is far too packed and the weather on this particular day is far too pleasant to be spent anywhere inside.

Each branch of the International Socialist Organization (of which there are 47 across the country) has a two- to four-person branch committee which initiates plans—although the members of the branch have final say. This organizational structure is in accordance with the group’s political philosophy—ISO does not centralize its leadership in a single person. These committee members are elected via a democratic election and can be recalled from their positions at any time by the chapter body. The chapter is also divided into three factions, each of which has its own set of responsibilities.

Falcone-Coffin and Seidel explain that despite having centralized leadership in the form of the branch committee, they don’t see it as the only way members of a healthy organization can take leadership roles.

“It’s a mixture of democracy and responsibility,” Seidel says. “We all have roles that are important to the functioning of the branch. We all participate in the decision-making.” 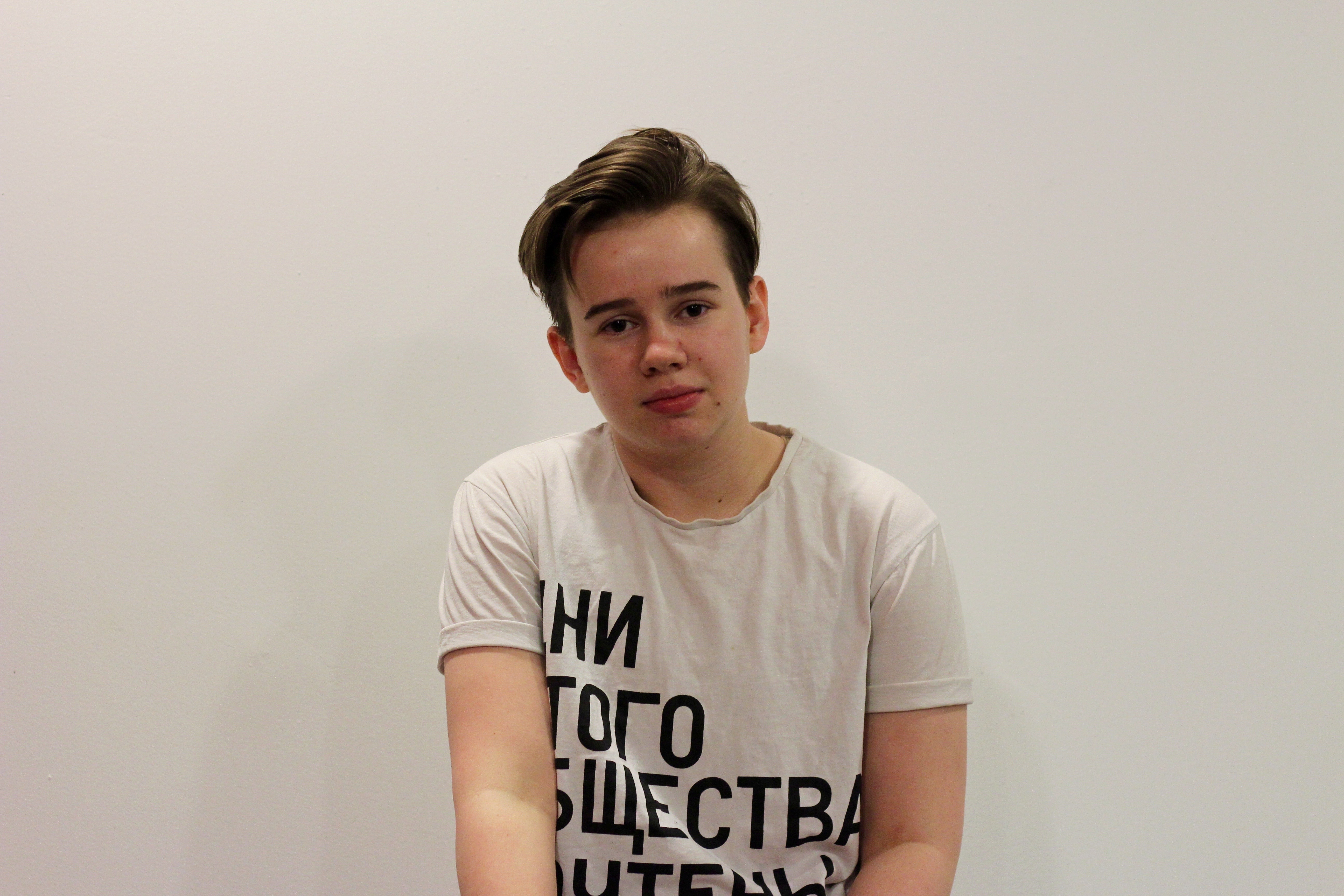 Even in the context of the interview, it is easy to see how democracy may function within ISO. All three of them interject and build on each other’s points in a free-flowing discourse that is casual in its tone and intellectually passionate in its content.

Each of my three subjects came to socialism in their own ways. The origin of Seidel’s involvement with ISO, for instance, is a story that should be recognizable to most Columbia students.

While working on a paper at 2 a.m., Seidel suddenly realized that if it were up to her—despite liking her paper—she would be asleep at this hour, not working. She goes on to explain that the combination of social and academic pressures which kept her up working on her paper were not simply a Columbia or a student problem but actually an issue of ideology. A year after this experience, when she was reading Karl Marx for a class, she realized how his ideology on capitalism increasing the length of the work day directly related to her own experience at Columbia.

Seidel’s epiphany came together in the form of her visual arts thesis: She got into a sleeping bag with bandages on, gave a monologue, and proceeded to inch her away down to the Butler entrance, ultimately achieving Snapchat fame. She states that it was inspired by Marx’s theories on the alienation of labor and “the contradiction between that miserable experience of work and the ideologies/work ethics that try to justify it to you and tell you you're only meaningful if you can work.”

Falcone-Coffin’s draw to socialism, on the other hand, comes from his critique of capitalism. Despite the weather, Falcone-Coffin is dressed in an oversized brown coat and a beanie. He speaks carefully, appearing to compose sentences in his head before speaking them out loud. When asked about his political beliefs, rather than referring to a set of principles, he begins by reciting a list of grievances, “including but not limited to racism, sexism, transphobia, imperialism, war, climate crisis, poverty [that] have a root cause in the economic system of capitalism.”

Lakha, on her part, came to the ISO through a long process: Identifying as both queer and Muslim, Lakha attributed politics to allowing her to perceive her identity “accessing politics happened through what I perceived my identity to be.” This led to her volunteering for Amnesty International while in high school, where she worked as a state organizer and, for a brief time, as a member of the National Youth Action Committee.

Ultimately though, she says that she found Amnesty International to be “bureaucratic” and that many members she worked with at the time “weren't really educated on what they were fighting for.”

Lakha has a fastidious approach to speech, often defining and redefining, working to find new nouns and adjectives to describe her experiences and opinions. In the face of doubts over her own efficacy, she says that she took up mysticism and deflected her angst by engaging in ritual prayers. By the time she came to Columbia, she “felt plagued by questions about how things worked, how society worked, what are the best strategies for organizing.” 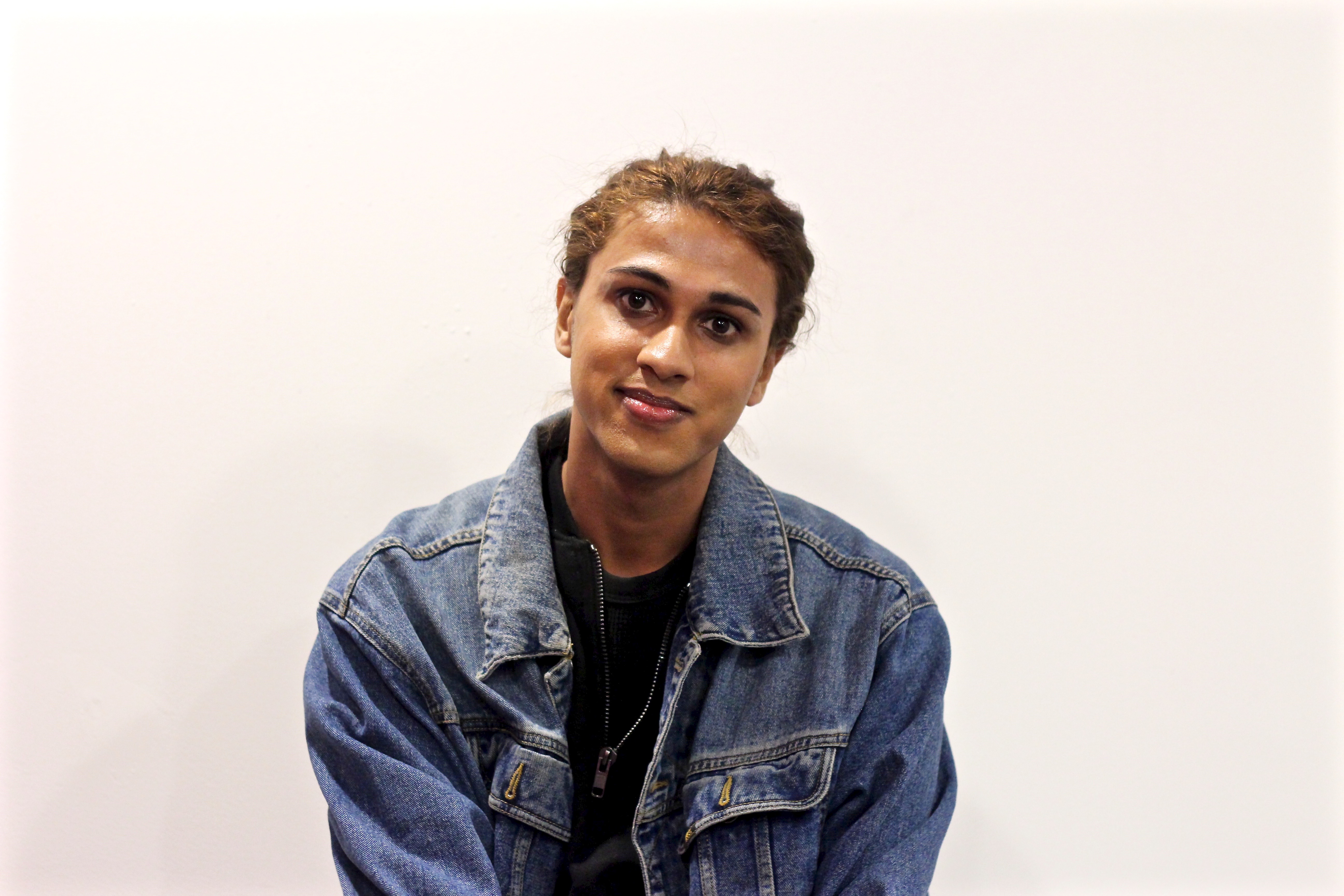 These questions eventually led her to Barnard/Columbia ISO, where she found that Marxism helped her “think through the world clearly.”

More than anything, the unifying thread behind all three leaders seems to be a deep-seated discontent with society and a sense that the world is filled, and perhaps structured, around injustice.

Seidel brings a reasoned voice to the discussion. In discussing their ideal form of government, she explains that “when we talk about this question, we don't want to get too in detail in terms of getting a utopia we've constructed [...] because we obviously see it being very democratic with people themselves making decisions about what's going to happen in society.”

Seidel’s statement reflects a general openness in the club to discourse and debate. Citing a debate that was held between the four clubs last semester, Falcone-Coffin claims that they “have a really good working relationship with the other political groups.” He says that they enjoy arguing over politics with the other clubs, and he jokes, “ultimately proving them wrong”.

Still, the group’s ideas often range into what many would consider extreme. ISO argues for the abolition of the market and the state. Members speak of starting and spreading revolutions.

Despite their extremes, there are clear parallels between the three student socialists and their most distant political opponents. While their talk of a proletariat revolution may contrast with Dubree’s love for Atlas Shrugged, leaders from both Barnard/Columbia ISO and CU Libertarians are motivated by the same core belief: freedom.

Falcone-Coffin explains that when the group says socialism, members “mean a world in which self-determination is the guiding political principle.” These words could have very well come out of Dubree’s mouth. He continues, “Society is organized in such a way in which people have the right to live to their fullest human potential.”