The Ear: Gorsuch and Such

The Ear: Gorsuch and Such 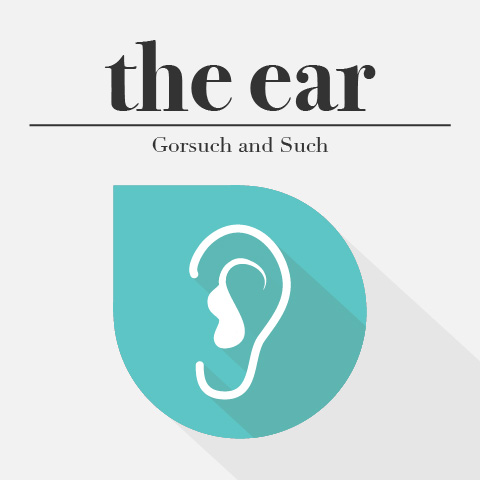 Special Features
By The Ear Team

The Eye—the magazine itself—was named after the author and urban theorist Jane Jacobs’ and her belief that the “eyes on the street” help keep cities safe. The Ear, then, alludes to the stories we’re always listening for.

At The Eye, we think about the ways in which we tell our stories just as much as the stories themselves. And with podcasts being popular now more than ever, it made sense to extend our narrative journalism into non-print media. We want to tell you our stories—using the literal voices of the people who make them up. And some nifty podcast editing.

In this week's episode of The Ear, we discuss newly-minted Supreme Court Justice Neil Gorsuch's time as a conservative firebrand at Columbia with his former editor at Spectator and the editors of The Federalist, which he founded.