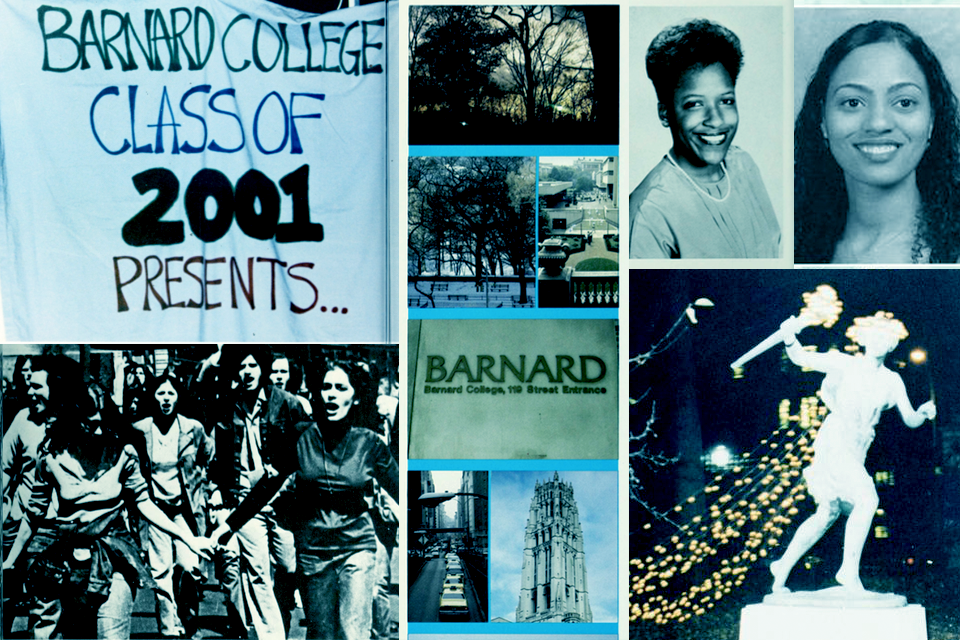 It’s difficult to find unless you’re actively looking for it. Tucked away in the basement of Milbank Hall is a tiny office, responsible for the admission and academic success of over 500 students over the past 47 years, most of whom wouldn’t have been able to afford and attend Barnard without the help of the program that operates out of it: HEOP.

The Higher Education Opportunity Program is a government program affiliated with 55 colleges and universities in New York State that aims to give economically disadvantaged students access to higher education. The average first-year HEOP recipient at Barnard receives around $59,000 from the state and college. This monetary support is supplemented by workshops and mentorship provided by the HEOP office throughout the school year to help members reach and maintain a high academic standard.

Just like the program’s discreet office location, the women who participate in HEOP can be hard to find. The acronym HEOP usually doesn’t mean anything to students who aren’t in the program, but to those who are, it’s a grueling pre-college summer course, a safe space, a closet of friends, family, and free books.

It’s 1982, and Barnard and Columbia are negotiating the future of a co-ed university. Trees occupy the space that will eventually become Sulzberger Hall. Inside Wollman Library, the new computer lab is in the works.

This was the Barnard that Monique Hardin-Cordero knew in her first year.

Born and raised in a single-parent household in the Bronx, she helped her mother, a school aide, take care of chores and her younger siblings. During college application season, although Hardin-Cordero had her eyes set on leaving the boroughs and going to Cornell, her mother asked her to stay home. At the last minute, Hardin-Cordero applied to Barnard.

On her first day of college, Hardin-Cordero commuted from the Bronx to Morningside Heights with a portable typewriter, erasable typing paper, and a big, nervous smile. Of course she was excited, but doubts and worries flooded her mind.

Prior to her first year at college, Hardin-Cordero attended the HEOP summer pre-college program. There, her excitement was put to a halt. “Our counselor said, ‘Look to your left, look to your right, because one of those people won’t be here when you graduate,’ and I thought that was really harsh and mean, but it was true,” she explains. “Not all of us made it.”

That haunting statement became a running theme in her first year. Whether it was on the train to Barnard or the walk between classes, Hardin-Cordero felt judged. “People have these preconceived conceptions of who you are, where you come from, and do you deserve to be here,” she says. “Sometimes people didn’t say stuff, but you can tell that’s what people were thinking.”

And the question of whether she belonged at Barnard continued to follow her to class. Often Hardin-Cordero was the only student of color in her classrooms, and she quickly realized her implicit responsibility to be the voice for her race.

Hardin-Cordero begins to tear up when she tells me about a particularly rough classroom moment. “What was harder than dealing with the students was dealing with some of the professors,” Hardin-Cordero confesses. “I remember being in a social studies class here and somebody made some ignorant comment implying that all black people grew up in the projects. … I remember speaking up because that’s just not true … and the professor didn’t see anything wrong with [the student’s comment].” She quickly puts her head down to hide her tears. But when she looks back up at me, she has a smile on her face. She’s alright.

In spite of all the prejudices and discouragement surrounding her at Barnard, Hardin-Cordero found sanctuary in the HEOP office. She went there almost every day. “Even if I had doubts, my counselors would reinforce that I deserve to be here: ‘You earned it, you’re smart, we’re here to make sure you succeed,’” she explains, “and so I felt like I belonged.”

This reaffirming, supportive network was further reinforced by Hardin-Cordero’s older brother. When he saw her struggle to commute to and from campus daily, he told her to leave home and live closer to campus. He had dropped out of college to work and support their family, so he knew what she was going through.

She recalls that her older brother Albert Joseph Hardin said, “I went but I didn’t finish, you have a great opportunity and I want you to succeed. … I’m here, I’ll make sure everything’s OK, you go to school, focus, and study.”

When Hardin-Cordero moved into her dorm second semester, she experienced her true “first day” at college. She recalls walking out of her last class and feeling the impulse to head to the train station before remembering she had moved. But instead of heading to her dorm, she turned the other direction and walked toward the HEOP office.

HEOP was the reason she didn’t leave college.

It’s move-in day for the high school valedictorian and student athlete. Migna Taveras had known she wanted to go to Barnard since she was 12 years old, when she first stepped onto campus to visit her older sister, Herminia Taveras, a Barnard alumna. Taveras was ready.

All she wanted after high school was to get away from home. “All the problems that my parents had, I just didn’t want to be around [them].” As Taveras tries to describe the problems back home, she cuts herself off and start again. It’s as if the question tugs on a loose thread that can’t be toyed with without unraveling the whole past. Instead, Taveras keeps repeating, “I didn’t want to be home.”

Taveras learned to be self-reliant at an early age. In middle school, although her parents wanted to give her a private school education, they soon realized they were unable to afford it. “You didn’t pay your tuition, when are you going to pay?” Taveras recalls her principal confronting her in front of her classmates. Other times, she was sent home. As college application season loomed, childhood memories of tuition-shaming motivated Taveras to forgo her parent’s help and rely on herself.

She aimed to be the best in her class and applied to every college scholarship out there to pay for college on her own. When she arrived at Barnard, her newfound independence and freedom didn’t intimidate her. Instead, she felt she had earned them.

Still, responsibilities back home continued to encroach on  her new college life. During her junior year, former Mayor Rudy Giuliani introduced a strict welfare law, making it more difficult for New Yorkers to receive cash assistance. When Taveras heard the news, she was already taking 18.5 credits. Now she was forced to work extra hours to support her family on top of her heavy course load.

Faced with the possibility of dropping out of school, Taveras’s gut instinct was to run to the HEOP office. There, she freely spoke with students who understood the tug of war between home and college and counselors who dealt with these cases before. Soon after, at a HEOP event, Taveras met and confided again in an older, former HEOP student. After hearing the situation, the alumna looked Taveras straight in the eyes and in a strict, firm, unwavering tone, told her that Taveras was not leaving school. She refused to let Taveras even consider that option.

Eventually, Taveras decided not to take a leave of absence and went on to become the first person in her family to graduate with a bachelor’s degree in four years.

After going through her early education in the Dominican Republic and a public high school in New York City, Stephanie Pujols was shocked when she started at Barnard.

Pujols was familiar with the diversity championed at Barnard: students of different cultures coming together. What she hadn’t expected, though, was how there were also student of different social classes. “That’s something I hadn’t encountered before.” Pujols explains.

It was difficult for Pujols to prevent economic hardship from affecting her social life. During her first year, she sometimes found herself unable to hang out with her wealthier roommate because she couldn’t afford it. She was too embarrassed to explain.

Beyond this financial disparity, Pujols simply didn’t have the energy to hang out with her friends. On top of school work, Pujols had to work to pay for food and her phone bill. Trying to recall a time she wasn’t working at a job or for a class in her first year, Pujols only remembers sleeping.

But in her sophomore year, the friends she made in the pre-college summer program encouraged her to go out more. It was with her HEOP friends that Pujols first partied in college.

The more Pujols emerged out of her shell, the closer she was to HEOP. Aside from friends, Pujols forged close relationships with the counselors in the HEOP office. By the end of her college career, Pujols had walked in almost every cultural fashion show, was a member of the Artist Society, and gave a speech at a graduation event for Barnard HEOP students, where she spoke about finding her identity.

“Senior year, I practically lived in their office,” she says. “I don’t think I would’ve made it without the HEOP office.”

This program represents various things to its scholars, but perhaps it is best envisioned as an open door. As a safe space, the office always has someone to talk to and—on occasion—free food.

Cordero, Taveras, and Pujols are only three narratives from the community of hundreds of Barnard HEOP graduates. Beyond the office and after graduation, there’s a HEOP community that continues to grow; Hardin-Cordero’s closest friends are from her HEOP class. When I spoke to Taveras, she mentioned that her recent baby shower was planned by her best friend and fellow HEOP alumna.

Have fun leafing through our NSOP issue, and subscribe to our weekly newsletter, As We See It!