The ABC's of Barnard Babysitting

The ABC's of Barnard Babysitting 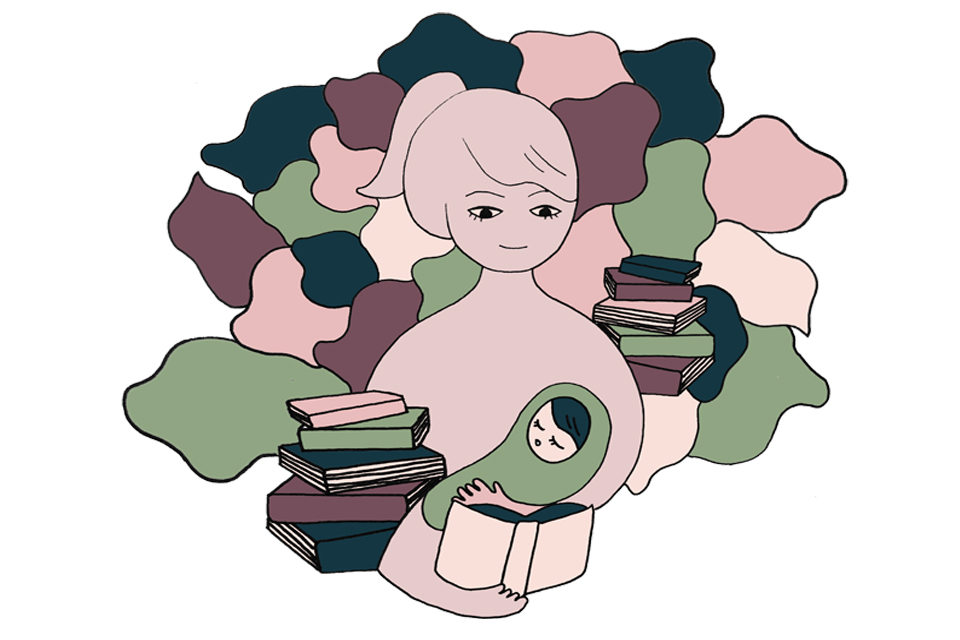 Piles of diapers in every room, cartoons blaring in the background, and toys strewn all over the ground. This scene is very different from a college dorm littered with open books, dirty laundry, and half-empty bottles of alcohol. When exhausted babysitters commute straight from lecture to a family’s apartment, they’re exposed to the vast difference between the never-ending pace of college and the gentle hum of a kid’s day-to-day life.

That contrast was certainly something I noticed when I babysat a three-month-old baby this summer. Having just come out of the most hectic and exhilarating year of my life as a first-year at Columbia, I felt like I no longer knew how to sit idly on a couch while the baby slept or be patient enough to rock her to sleep. Imagining the nonstop pace of this point in my life, I would look down at the baby’s fluttering eyes and never be able to imagine my life slowing down enough to have kids of my own.

Despite the fact that toy trucks and 8 p.m. bedtimes are about as far removed as one can get from problem sets and all-nighters, many Barnard and Columbia students seek babysitting jobs during college. So many, in fact, that Barnard has its own babysitting agency. Barnard Babysitting Agency, which started in 1965 as a student-run agency, works as a liaison between clients and babysitters. The babysitters are all full-time students at Barnard, who, after going through an orientation program, are invited to explore the babysitting database for potential jobs. Today, there are about 800 babysitters on file, with about 300 actively working, and 566 families on file who have requested accounts to post jobs.

This year, Barnard Babysitting was absorbed by Student Employment Services. While interested babysitters used to have to pay a $30 fee to join, now the only requirement is to attend an information session.

Lily Whiteman, a junior at Barnard College, finds that her babysitting job is a welcome respite from her life at school. On campus, she’s stressed out and working all the time. But while babysitting, the most stressful situation Whiteman is faced with is deciding what to play. “It’s so nice to be at home,” Whiteman says. “These are people who have lives and are established and I’m eating ramen three meals a day.”

Azeezat Siyanbola, a junior at Barnard, says she has lost count of how many babysitting jobs she has booked through the agency after joining in the fall semester of her first year. She babysits at least once per week for a minimum of four hours. Throughout her time at Barnard, she has worked various jobs, and this semester, on top of babysitting, she works at Dodge Fitness Center and the Student Life office at Barnard.

Siyanbola says that through babysitting, she earns a minimum of $15 to $20 an hour; the minimum wage for jobs on Barnard’s campus is currently $13.50 an hour. ”It’s a more convenient and better payment,” she says. “You don’t really have to wait your two weeks to get your payroll because it’s like instant gratification for work.”

One benefit of working in the city is the amount of money that families are willing to dish out for a good babysitter. Whiteman calls it the “New York mindset,” or the attitude that leads New Yorkers, so accustomed to high prices, to pay more than the rest of the country for the same services.

Beyond good pay, the agency guarantees perks that a babysitter booking jobs on their own would not receive. Every family on the database, for example, is pre-approved, so babysitters can feel comfortable that they are booking a job with a trusted family. Barnard Babysitting regulations also require that families pay for taxis home for their babysitters if they work past 9 p.m.

Additionally, babysitting allows students to get off campus and spend time in apartments or houses. “It’s been really nice to get off Barnard’s campus and see real houses and real apartments and just get out of this area,” Emily Miller, a junior at Barnard, says. Similarly, Elise King, who graduated from Barnard in 2007, says that she looked forward to what she called the “non-dorm life” of babysitting: having a kitchen, a living room, and a TV, for example.

King remembers the days when the babysitting database wasn’t online but in binders. Babysitters would flip through family profiles until they found one that they were interested in. Today, clients can request to create a profile on the site, and once they are approved, they can post job listings for Barnard students to peruse.

The oldest of four, King already had a lot of babysitting experience under her belt, making the decision to become a Barnard Babysitter an easy one. She enrolled her first year and stuck with two families for her four years of college. To this day, she stays in the loop with the kids who are all now in college, seeing pictures of them on Facebook and even running into their parents around the city.

Like King, many students at Columbia and Barnard come into college with a lot of experience with babysitting, which begs the question: Why is there a babysitting agency at Barnard, but not at Columbia?

There was talk of Columbia’s Center for Career Education organizing an equivalent agency at Columbia in 2006, but ultimately, nothing came to fruition.

Sabina Thomas, a sophomore at the School of Engineering and Applied Science, contacted the Barnard Babysitting Agency to ask about joining, and found that she was not allowed to. She looked into signing up for a website that connects parents and sitters around the city, but found that the website charged a monthly fee (not a one-time fee, like the Barnard Babysitting Agency once did) that she didn’t feel was worth it. Still, Thomas wonders if there just aren’t enough babysitting opportunities for students from all of the undergraduate schools.

“I understand the reason why it’s Barnard students only, because it doesn’t sound like there’s that many babysitting opportunities, so it would be a lot of babysitters and not that many families to be babysat,” she says. “But it sounds decently lucrative, and they’re able to make a good amount of money, so it would be pretty cool if Columbia was able to develop their own program.”

Certainly, there is certain appeal to domestic settings, especially for college students who are so far removed from these comforting settings. Working with kids provides a refreshing change from the kinds of conversations held at Mel’s or dining halls, whether they be about homework or weekend plans. “It’s not a conversation you’re having with people who are in school who are also stressed or trying to outcompete your stress. It’s just kids like ‘Oh, how was your day?’ or ‘How’s this?’” Siyanbola says.

A childlike innocence is a refreshing change, too. Miller recalls a time when she told the girl she babysat that she had grown up on a farm, as she wanted to simplify her description of Maryland for someone who had grown up in New York City her whole life. “As we were walking through the city, she was explaining things to me, like how cities work.”

One day this summer, I sat restlessly flipping channels on TV, fussier than the newborn bottle baby on my lap. As I deliberated between Top Chef and Master of None with my knee bouncing fitfully, it finally occurred to me that I should stop wishing my time away. Many of the long hours of babysitting had been spent staring into space and wishing I was doing something: It seemed that my year at Columbia had made me forget what it was like to be bored.

Between the meals on the go and the sprints to class, the rushed problem sets and the hurried conversations in hallways, Columbia students seem to want to know everything but how to slow down. Barnard Babysitters, amid piles of Legos and peanut butter sandwiches, helps these students rediscover the simpler lives of childhood.

Have fun leafing through our first issue, and subscribe to our new weekly newsletter, As We See It!