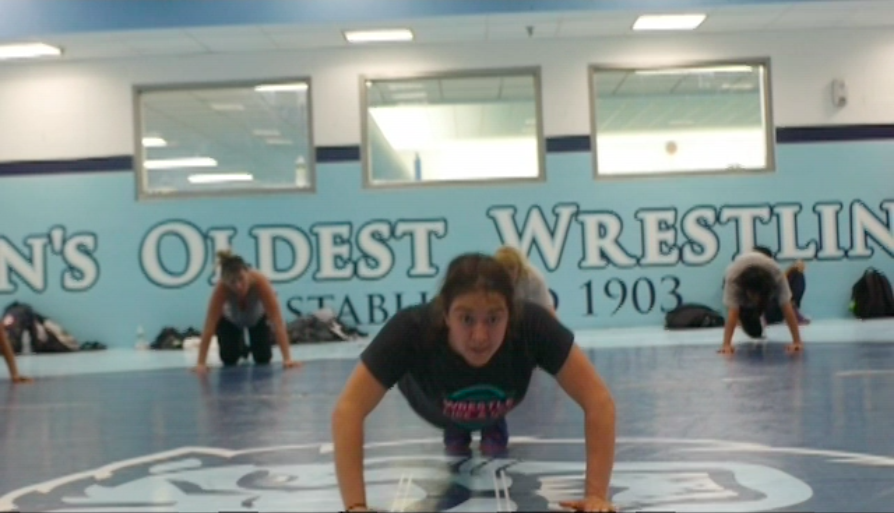 I was first introduced to the world of women’s wrestling by one of my editors, a female wrestler herself. She told me that Bri Csontos, a first-year at Columbia College and previously a member of the Virginia Women’s National Wrestling team, intends to start Columbia’s first women’s wrestling club.

Given the recent scandal over the misogynistic and racist comments made by members of the men’s wrestling team in a group chat, the idea that women can use wrestling to empower themselves is fascinating and urgent.

When setting out to report on this story, I looked to highlight not only the struggles and experiences of the interviewees as women but also as accomplished athletes. We set out to determine whether a varsity team would be feasible, and we discovered that it may be a while before a varsity team can be established, because women’s wrestling is not sanctioned in Division 1 by the NCAA. However, the club team will still be able to compete in the Women’s Collegiate Wrestling Association.

Each woman interviewed has an unbridled passion for wrestling, showing me just how much enthusiasm and momentum there is behind the emerging club sport. I was regularly amazed by their dedication to the sport despite their limited resources and financial backing, supported by self-discipline and self-motivation. As expected of those who participate in a combat sport, the women in this video have the tenacity and attitude to keep on fighting until they win.