Out of Many, One: Native American Community at Columbia

Out of Many, One: Native American Community at Columbia 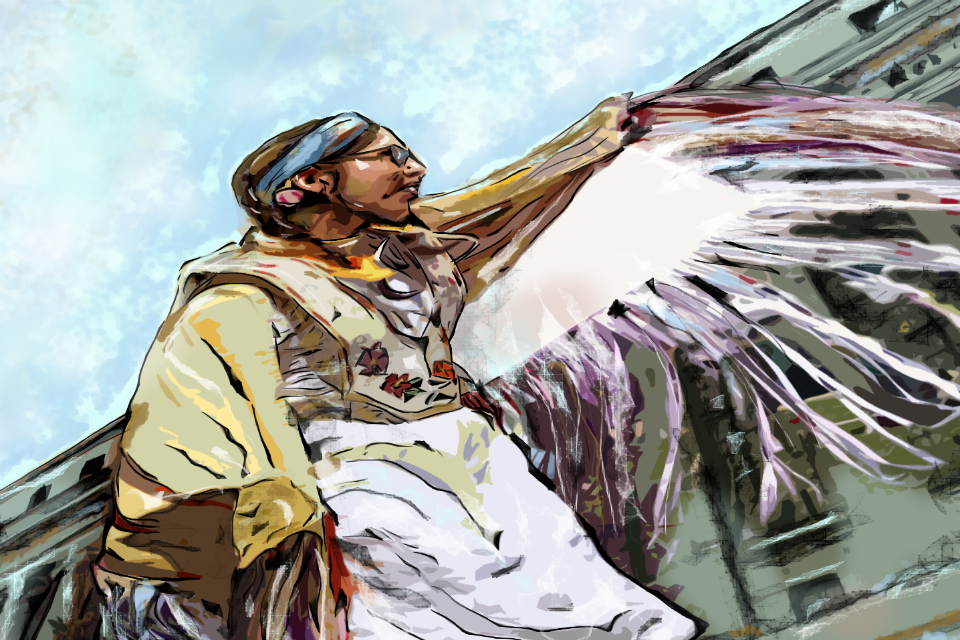 As I sink into my wooden chair in Pupin 420 at 8 p.m. on a Wednesday night, I’m thankful to not be in Butler, nervously cramming for my next midterm. I talk about classes and midterm season with the girl next to me for a few minutes before the Native American Council meeting begins.

This week we’re discussing what home means for each of us. As we go around the room, we describe our families, hometowns, and what our life at Columbia has been like since we arrived on campus. Just this one conversation makes evident how diverse NAC is, as members tell of hometowns from Alaska to New Mexico to Oklahoma. Still, we all gather each week to talk about the experiences we share.

I joined NAC at Columbia about a month into my time here. When I couldn’t go home for the powwow near my hometown in rural Upstate New York, I realized how much I missed those aspects of my life.

I missed driving to Cornwall Island, a small island that separates the United States and Canada and is part of Akwesasne, the Mohawk reservation. We’d bring my Aunt Eleanor some Tim Hortons and sit and talk about the rest of our family. Some days we would stop by my Aunt Inez’s house, where we would find her weaving baskets, surrounded by sweetgrass. Often we would just drive the long stretch of road on the island that leads to an old ferry dock on the St. Lawrence River, and my dad would tell me stories about the time he spent there as a kid.

Like me, many other students in NAC feel that the club provides a home at Columbia, as many members’ real ones are hours away.

Kendall Harvey, Navajo, a Columbia College junior and one of the co-presidents of NAC, describes the Council as “a very tight-knit community.” “Everyone knows everyone and everyone works really well with each other,” Harvey says.

As soon as I enter the room, a sophomore comes over to greet me and pulls me into a hug. We sit down as the rest of the room loudly chatters about various topics from school to meeting plans to the group’s new Instagram page.

Taia Fagerstrom, Yup’ik, a first-year in the School of Engineering and Applied Science, told me that she was excited to find the Native community on campus after moving here from Anchorage, Alaska. She describes NAC as a fundamental part of her experiences in her first few months being a student here.

“It always comes back to being in the group. I don’t think I would have that circle of people...I feel like it’s enriched [because] I’m in the Native community,” Fagerstrom says of her experience at Columbia.

Because of this, coming to Columbia is not really a loss of culture. It has, in many ways, strengthened my understanding of what it means to be Native and helped me grow into my individual indigeneity.

Harvey cites the Core as helping him relate back to his Navajo culture. “You learn more by your indigenous identity once you come to Columbia because you learn these basic foundations of society written by Aristotle or Plato,” he says. “And then you apply that to your own indigenous life.”

Lael Tate, Navajo, a Columbia College sophomore, tells me that this act of embracing indigeneity goes beyond the classroom. Tate says that when she would leave Seattle to visit her extended family in northern Arizona, she would realize how different her life was from her extended family’s, and she began to wonder what being an indigenous person meant. At Columbia, she believes she understands her identity more fully and has come to appreciate her own way of expressing that.

Through the people I’ve met in NAC, I’ve learned a great deal about the issues facing the larger Native community and how important it is to create visibility for indigenous people everywhere. NAC started in 1996 with only a few Native students. Through their hard work and the work of those after them, the club has grown to the 35 to 45 of us gathering in a room together every Wednesday night or living together in Manhattan House, a special interest community dedicated to the appreciation of Native culture.

NAC, as Tate previously mentioned, also seems to open members up to the diversity within the Native community and what it really means to be a Native American.

Monica Sekaquaptewa, Diné and Hopi, a Columbia College junior, remembers how when she first moved to Morningside Heights from Phoenix, Arizona, she had a very specific idea of what it meant to be indigenous. Yet, when she joined NAC, she realized how many different experiences and lifestyles exist under this umbrella of indigeneity.

“We’re not one homogenous entity—we’re all from different nations, different cultures,” she says. “We all have our own languages, our own food.”

Harvey also mentioned this idea, describing the shock he first experienced when he came to Columbia as a first-year and had to live in an environment with so few Navajos, compared to his hometown, for the first time in his life. Harvey describes the diversity of NAC as being a way for him to “broaden [his] scope of the Native experience in America.”

Often, Native Americans are seen as one entity with similar practices and experiences, but that is clearly not the case. Why is this stereotype of homogeneity so persistent in today’s society and on Columbia’s campus?

One of the answers to this question may lie in the lack of visibility that Native students sometimes have, especially on Columbia’s campus.

Harvey says the representation of Native movements is only brought about by “the labor and resistance of Native students.”

It can be difficult being one of the few Native students on campus. Only 3 percent of students in the class of 2021 are Native, so it’s easy to understand why it might feel as though we don’t exist.

Tate tells me that her experiences with other students regarding Native issues have been respectful, but she often finds them uninformed.

“The student population is generally accepting and kind, but people just don’t know that much, and if you don’t know as much then you can be insensitive.”

Harvey describes an encounter during NSOP when, in the midst of a talk on cultural appropriation in Halloween costumes, a girl remarked, “We don’t have any Native Americans here, so we can’t say anything about this.”

“In that moment she already assumed that there were no Native students on campus, so it wasn’t until I, as a Native student, put in labor and showed my visibility and said, ‘Yes, I’m Native American,’ and now I have to represent myself,” Harvey explains.

Sekaquaptewa tells me that one of the main goals of NAC is to create an environment on campus where indigenous students can take up space and be known not just to the administration but to other students.

“I want them to know that Native people exist, first of all, and that we’re individuals,” she says. “We’re not all the same, we’re not a stereotype, we’re here at Columbia.”

This desire to be more visible on campus has been expressed repeatedly during meetings. One way this is achieved is through the powwow every spring that takes place on South Lawn, right in front of Butler Library.

The powwow is a symbol of strength in the indigenous community, specifically Columbia’s indigenous community. Native people come out to dance and celebrate on the lawns of a school that was named after Christopher Columbus. It is a powerful act of resistance that creates a space in which Native students are able to be seen and heard.

November is Native American Heritage Month. This is an important time for the Native community and provides a chance for Native issues to be highlighted and shared. Sekaquaptewa is helping to plan, organize, and execute the nine activities and events that NAC has planned.

The theme this year is “Decolonizing Feminism; Centering Indigenous Voices in Activism.” Sekaquaptewa tells me that NAC’s celebration of NAHM will include events that feature Native poets, photographers, and speakers. A film symposium took place on November 20 and a closing ceremony will occur next Tuesday.

“Our goal with that theme is to really just highlight Native women and queer Native people,” Sekaquaptewa says. She describes their goal of opening a discussion about indigenous feminism, focusing on the most oppressed identities in indigeneity—the aforementioned groups are most likely to be victims of settler and colonial violence.

It is a large undertaking, but the rewards are worth it. Not only is it an opportunity for NAC to bring Native issues to a wider audience, but it allows Native students to use their collective voice on campus.

This will be my first time celebrating NAHM on campus. I hope people will use this as an opportunity to embrace a culture that has been and continues to be subjected to erasure in modern culture.

When I was sitting in Pupin last week, our discussion of home made me think of the Ohen:ton Karihwatehkwen (Haudenosaunee Thanksgiving Address) that my people would always say as a blessing. The opening lines are:

Today we have gathered and we see that the cycles of life continue. We have been given the duty and responsibility to live in balance and harmony with each other and all living things. So now, we bring our minds together as one as we give our greetings and our thanks to one another as people.

Now our minds are one.

I am thankful for this, these people, and this space on campus, no matter how small. 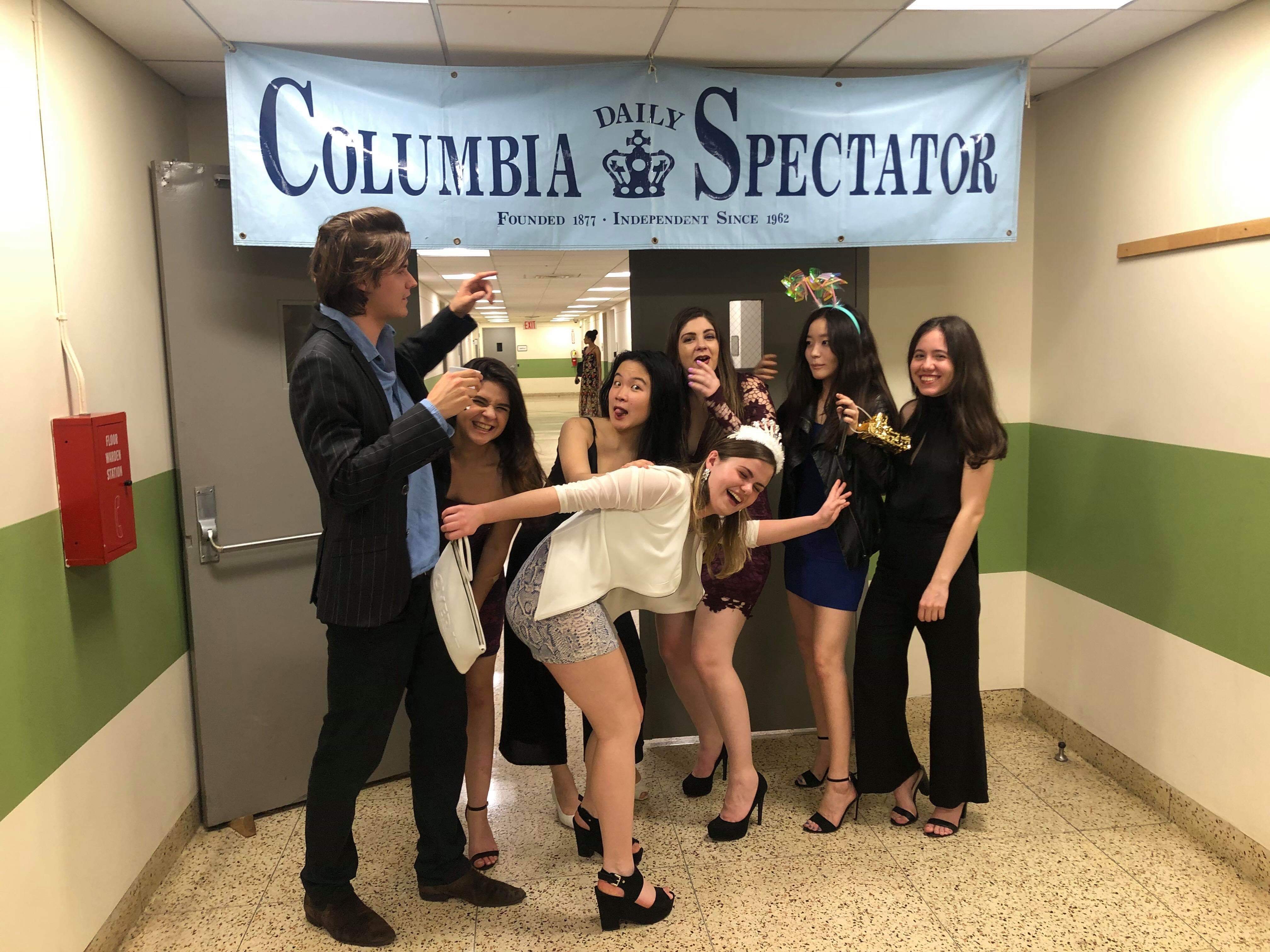 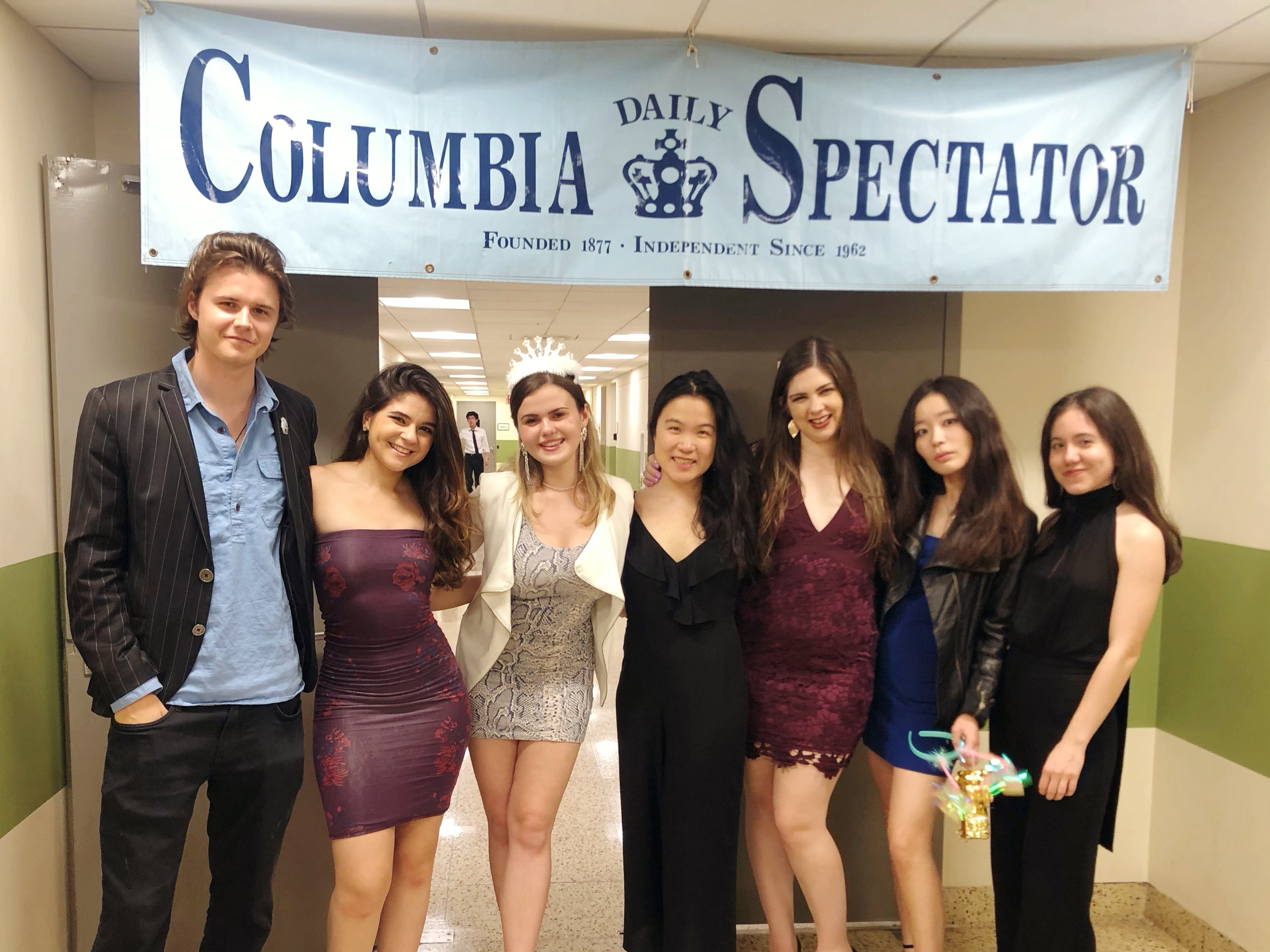