Whitewashed: The Lack of Diversity in Environmental Studies

Whitewashed: The Lack of Diversity in Environmental Studies 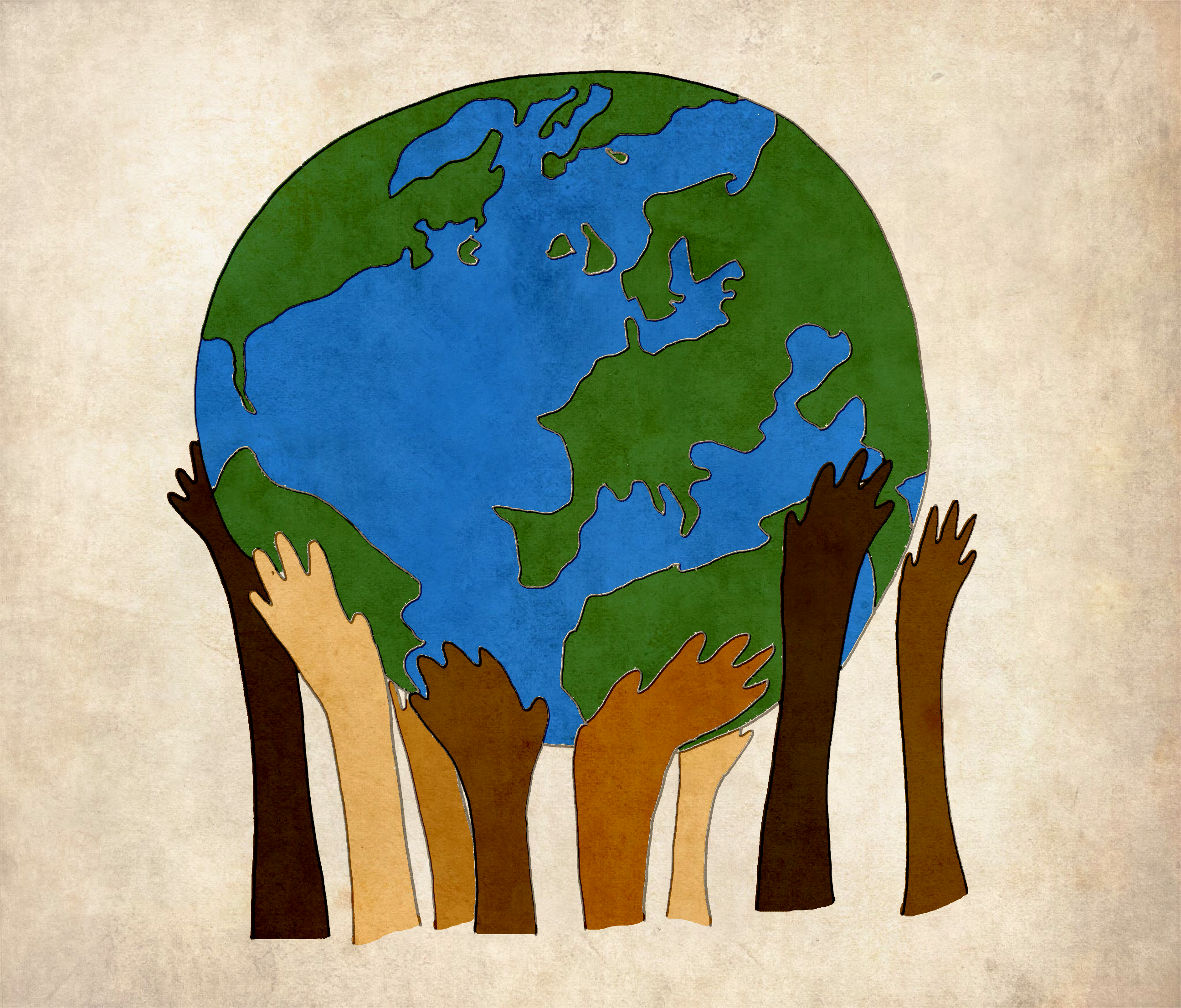 “My qualm with Divest [Barnard] is that it does tend to be predominantly white and white-passing students, especially at the forefront.”

In early October, Barnard Student Government Association Vice President for Policy Alicia Simba expressed this concern at a Barnard SGA meeting with Divest Barnard, which spurred a discussion about the lack of diversity in the activist group. Sam Doss, a junior at Barnard and Divest’s spokesperson for the meeting, stated the club has recognized this flaw, especially since it was founded by four white women, and is working on outreach efforts to make the group more accessible.

Yet, this particular environmental advocacy group’s lack of racial diversity is not unusual.

In 2014, a report produced by Green 2.0, an organization that brings attention to the lack of diversity in mainstream environmental movements, conducted a survey of the country’s 40 largest environmental NGOs, including the Environmental Defense Fund and the Sierra Club. The survey found that, on average, people of color made up 27 percent of full-time staff and 14 percent of senior staff, which is overall less racially diverse than other areas of the private sector.

If the membership of Divest Barnard reflects the overall lack of racial diversity in national environmental advocacy, are environmental studies departments at Columbia and Barnard less diverse as well? As issues regarding climate change and environmental racism are disproportionately led by white activists and scientists, there are students and faculty members of color who seek an intersectional future for the discipline.

Elsie Platzer, a sophomore at Columbia College majoring in ecology, evolution, and environmental biology and in creative writing, sits in her environmental biology class on a dreary Thursday afternoon. Platzer listens closely as her professor discusses genetic expressions and phenotypes versus genotypes. For a visual aid, the professor pulls up a Punnett square to demonstrate a polygenic trait, where genes have wide variability in expression.

An example of one of these traits is skin color. Platzer observes the Punnett square before her, on which the examples of skin color are varying shades of white.

Platzer, who is Latinx and Jewish, was in awe that such a solid example of the whitewashing in her major took place about an hour before we spoke. Platzer tells me that this instance is “reflective of the whiteness of the scientific community at large, and how they silence the voices of people of color and other marginalized groups within these disciplines.” Statistically, there are quantifiably more people of color in the world than there are white people. However, in Platzer’s experiences, environmental science lectures and textbooks’ examples tend to focus on white skin.

This whitewashing expands beyond the realm of environmental sciences. Priya Mishra, a junior in Columbia College majoring in sustainable development and economics, discusses her experience as a woman of color in her classes. For example, on the first day of her Fundamentals of Global Health class, the hairs on her arms were on end as her professors—two white women—discussed what she perceived as “white savior” solutions to hardships people face in small African villages.

However, later on in the semester, Mishra explains that the course delved more into race and how race can be a determinant of health. “I think that initial day is also kind of telling—that fear of, ‘I’m just going to be learning how to be a white savior’; that’s not what I came here for,” she adds.

Reynolds stresses that in environmental engineering, there is little focus on the social aspects behind the problems engineers work to solve, which is why she believes there are so few students of color within the discipline.

I raised this problem with Mishra, who was unable to help me. Of the 10 professors she has had for her sustainable development major, only one—her Principles of Economics professor—was not white or white-passing.

As a member of Columbia Divest for Climate Justice, which she claims is becoming more racially diverse, Platzer attributes the lack of diversity in environmental NGOs to two main reasons. One is the environmental movement’s advocacy of, as Platzer puts it, “Save the whales. Save the pandas. Turn off your lights. Look at this tree, it’s so beautiful; don’t cut it down.” This massive focus on saving wildlife and conserving nature has made movements feel disconnected from the environmental injustice many people of color face.

Another reason, according to Platzer, is that many black and Latinx youth are raised in urban food deserts that lack greenspace and exposure to the natural world. This results in “no connection between an environmental paradigm and their lives.”

Stephan Roundtree, an environmental policy and advocacy coordinator at WE ACT for Environmental Justice, argues that environmental advocacy has been exclusive from its genesis. WE ACT, headquartered in Harlem, is an advocacy group that campaigns to mobilize low-income communities of color in the environmental movement.

Referring to the days of Teddy Roosevelt’s conservation efforts, Roundtree reflects that this movement was established by “white people, white men in particular, to cordon off wild places for their enjoyment and exclusive enjoyment.”

Roundtree champions WE ACT’s racial diversity and leaders of color, although he can’t provide me with employment statistics. “We’re a very diverse organization ourselves, which is definitely not something that you see in environmental movements in general,” Roundtree says, explaining that the organization attempts to stray from the idea that “the environment is a playground for elites.”

Scrolling through WE ACT’s team page, I am met with a flood of visible racial diversity—diversity I could not see when I chose to explore the executive teams of two other environmental NGOs, the Environmental Defense Fund and the Sierra Club, at random.

Roundtree concedes that these mainstream environmental movements, like the NGOs in the Green 2.0 report, do a lot of important work, but are not as people-centric and community-centric as WE ACT.

Ambria Benesch, a junior at Barnard studying environmental policy and political science, has had a more typical experience working at an environmental group that is severely lacking in diversity.

“I wouldn’t say it was intimidating because they were all really nice people, but you feel like you’re a token sometimes,” Benesch emphasizes as she recounts her experience interning at the Illinois Environmental Council.

She blames the lack of diversity on social power balances. In the past, Benesch notes, “there has been a total exclusion of people of color, especially black and indigenous people, from any discussion about environmental [issues].”

The privilege one must possess to even focus on environmental issues is another major factor that contributes to the lack of racial diversity in these movements and disciplines.

For people of color, “there’s so many other inequalities that have major impacts on your day-to-day that have to be addressed first before you can even stop and think about, ‘Oh, how do I improve the Earth?’” Reynolds says.

Mishra views the decision to go into environmental disciplines and movements as a matter of economic privilege. Speaking to her experience of having immigrant parents and being a first-generation student, she feels the pressure and responsibility to get a job post-graduation, which led her to also study economics.

Roundtree also highlights the economic privilege of working in environmental movements, and advocates for a solution as simple as paying interns, which would make the field more accessible to low-income people of color.

As I speak with people of color about these issues of privilege and accessibility, we dissect the inherent power imbalances that they face in the environmental field.

“Environmental racism, on a certain scale, is an issue of colonialism,” Roundhouse concludes. “It’s domestic, internal colonialism. You’re identifying groups of people who have less power and you’re shifting burdens to them because they can’t stop you.”

Barnard anthropology professor Paige West studies how these power dynamics have affected indigenous people on a global scale. West is an environmental anthropologist who has worked in Papua New Guinea for the past 20 years, where she works with the indigenous people of the region to study how European, American, and Australian conservation and development projects dispossess natives of their rights and sovereignty over land, labor, and natural resources.

Environmental racism, West explains, is a phenomenon that people of color in urban areas and in places of the world, like Papua New Guinea, have been discussing for a long time.

“Since indigenous people and people living in urban areas have been faced with environmental challenges, they’ve realized that many of the mainstream movements don’t actually stop, step back, and see what matters to them,” West says.

She shares with me a message that director of Honor the Earth and member of the Ojibwe tribe Tara Zhaabowekwe Houska wrote for allies of indigenous environmental justice.

“Too often, I face those who would speak over indigenous peoples, who believe they can advocate for our rights better than we can,” Houska writes. “Remember that indigenous peoples have been left out of the conversation and it is only because of our resilience and connection to the land that we are now in this place.”

Benesch aims to help address this lack of indigenous voices in environmental movements and narratives as editor-in-chief of Consilience: The Journal of Sustainable Development. The academic journal, run by Columbia undergraduates, is an interdisciplinary journal that seeks to bring together a wide range of focuses on sustainable development.

Benesch has noticed that, in the past, the journal has been economically focused, and she aims to broaden the journal’s horizons by adding more indigenous perspectives to the discussion. She notices the importance of empowering indigenous roles, and believes Consilience can be a platform to expand the discourse surrounding sustainable development.

As Benesch looks forward to the future of environmental advocacy, she believes that to build an intersectional web of activists and everyday people, and spur levels of participation, work must begin at the local level. As I spoke with students about the future of the environmental movement, this notion of community action and involvement arose frequently.

“In order to have productive environmental movements, they have to be community-focused and run by people within the community who are invested in the community,” Reynolds tells me, a lesson she learned after working at the NYC Environmental Justice Alliance one summer.

Platzer’s vision goes even further than community empowerment, claiming that the entire philosophy of sustainability needs to shift as well. The current focus on buying more energy-efficient light bulbs, for example, simply furthers consumerism, which is a major reason why climate change is an issue in the first place.

Platzer advocates for the focus to be shifted to the oppressive systems, such as mass consumerism and political power, that exacerbate climate change, and how low-income people of color are also bound to these systems.

For now, students in environmental biology classes learn about polygenic traits through whitewashed Punnett squares; sustainable development majors grapple with the white savior nature of their coursework; and environmental engineers, scientists, and policymakers of color face each day as a token in the movement’s diversity pool.