The Eye | Letter from the Editors

Letter from the Editors: Issue 8

Letter from the Editors: Issue 8 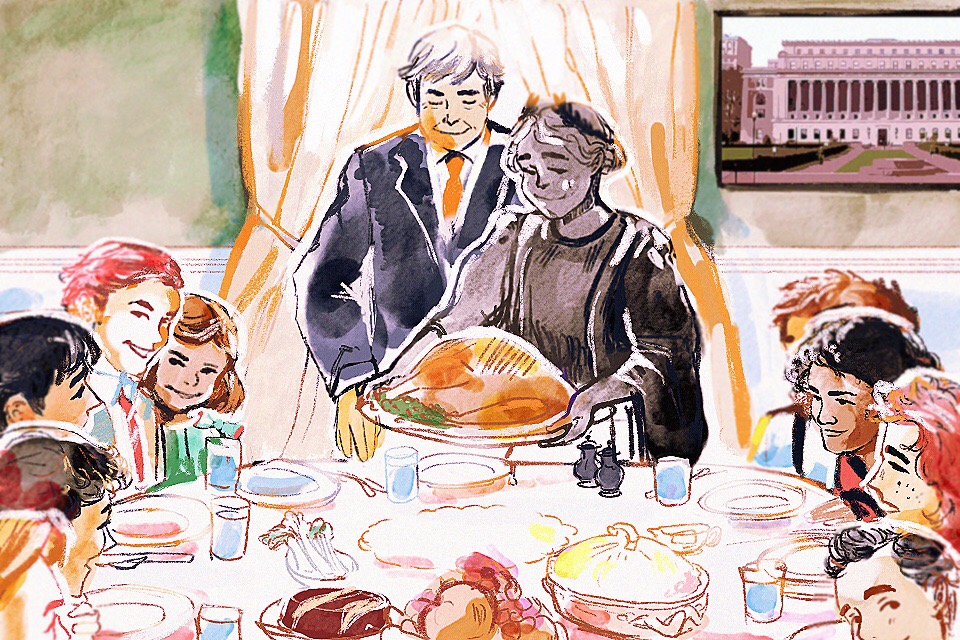 Welcome to our penultimate issue of the semester. If you’re like us, you learned the word “penultimate” from A Series of Unfortunate Events and you are also pretty sad that our semester is coming to a close. (Parth wants to add that he is a nerd and learned it from the “penultimate” shell of an electron.)

Next, Peyton Alie profiles professor and filmmaker Sandra Luckow, who is changing the conversation around mental health with a documentary about her brother’s schizophrenia.

Why are environmental justice movements so white? Ella Koscher investigates this question, tackling environmental racism and the lack of people of color in environmentally-focused majors.

Then, Gavrielle Jacobovitz talks about her insomnia and the sleeping disorders of others, exploring what it means to not be able to sleep on a campus that loses a lot of it over academics.

In this week’s View From Here, Riva Weinstein details three different sermons—one in a synagogue, another a Muslim call to prayer on Low Steps, and a third in class—exploring how each shaped the way in which she sees her own Jewish identity.

Finally, Justin Cheng takes his camera to the protest outside Mike Cernovich’s talk. He talks to both protestors and members of Columbia University College Republicans to try and capture this moment in the free speech debate.

We hope you had a happy Thanksgiving—rest, eat, and nap (no, that’s not the same as rest).