At Columbia, Yoga is a Balancing Act Between the Trendy and the Sacred

At Columbia, Yoga is a Balancing Act Between the Trendy and the Sacred 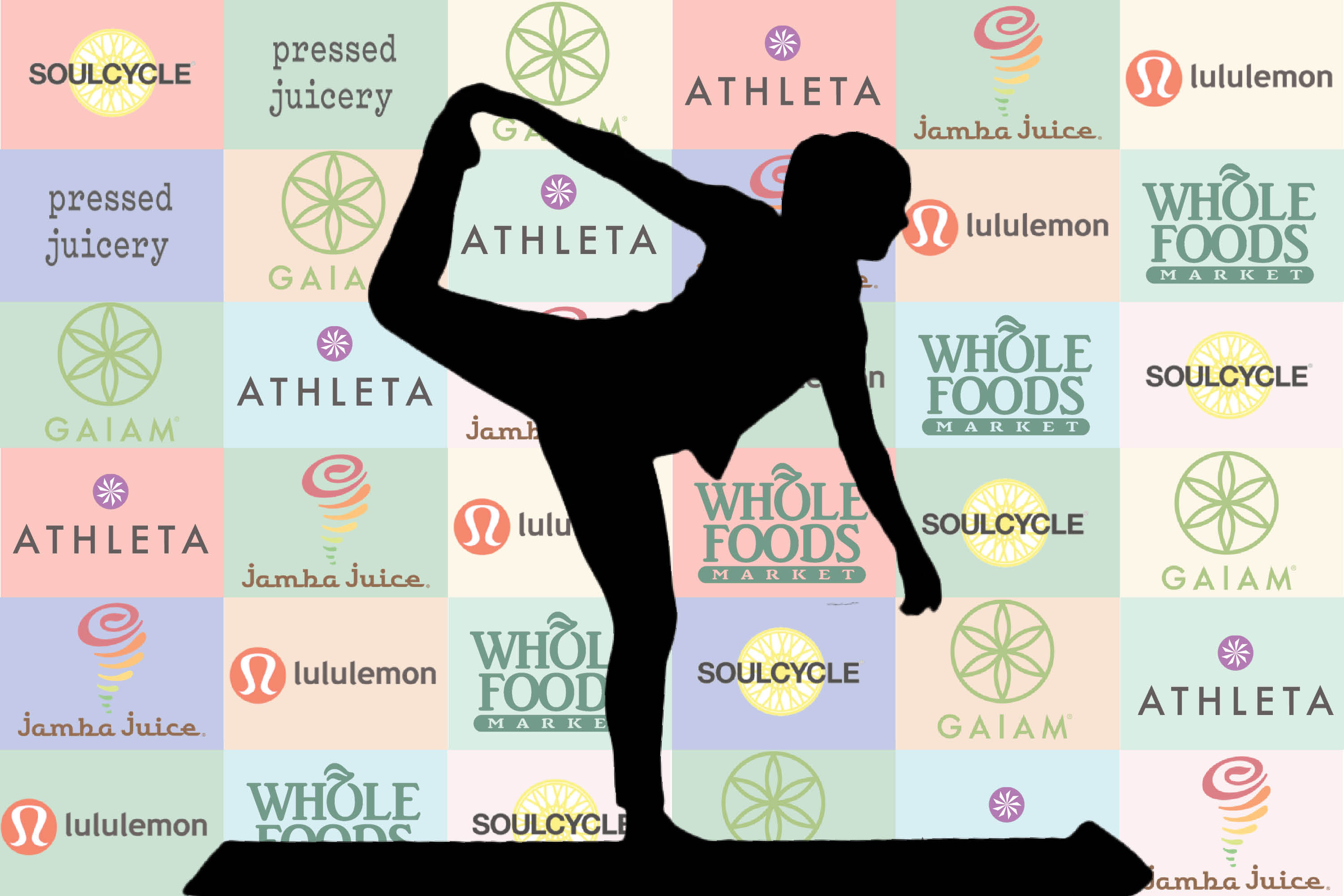 Here I am on my mat, draped in a forward fold, rising slightly to a half lift, flinging myself upwards for a back bend. Magnified by a microphone, the teacher asks us to “open a dialogue with your bodies” and “to practice self-forgiveness,” to exhale in a “shhhhh” and to inhale until we can’t inhale anymore. She tells us to thank ourselves for “making it to your mats today.” As always, I’m torn between the urge to roll my eyes and the urge to nod emphatically.

I’d like to suggest that yoga classes with Columbia students are ripe with irony. You can grant that yoga is holy and still think of the people who practice it as just holier-than-thou.

I started doing yoga in my hometown of Boulder, Colorado, where it more or less runs in the water. Little kids in Boulder might attend a yoga class before they learn to ride a bike. On Sundays, plenty of families skip religious services and instead head to pre-brunch yoga.

It was in Boulder that I began to love yoga—the controlled poses, the teachers’ soothing monotonous voices, the way you walk out of class feeling as if you’ve been soaked and then refreshingly wrung-out.

Among Columbia students, yoga is less common and therefore more of a cultural statement, one I’m not sure I want to embrace. When I walk down Broadway carrying a yoga mat, there are certain people I’d prefer not to run into. While yoga is a fundamentally introspective practice, being someone who does yoga at Columbia carries a host of inescapable external associations ranging from politics and class to gullibility and weight. Yoga, like veganism or running marathons, is a cultural meme.

For example, I invite you to picture a classmate who does yoga. Are they a woman? Yes? Has she drunk a smoothie in the last week? What brands does she wear? Does she have a strong opinion on an Aries dating a Libra? Does she use the words “navigate,” “intersect,” and “space” to talk about geographic journeys or cultural ones?

In Morningside Heights, Columbia students often bypass on-campus yoga options and flock to Yoga to the People, a studio just past 104th Street. Yoga to the People offers classes 53 times a week, from 7 a.m to 9 p.m. You may have seen students making the pilgrimage down Broadway, falling in line like ants scurrying up a hill, clad in leggings and headbands and toting yoga mats in those special string cases. 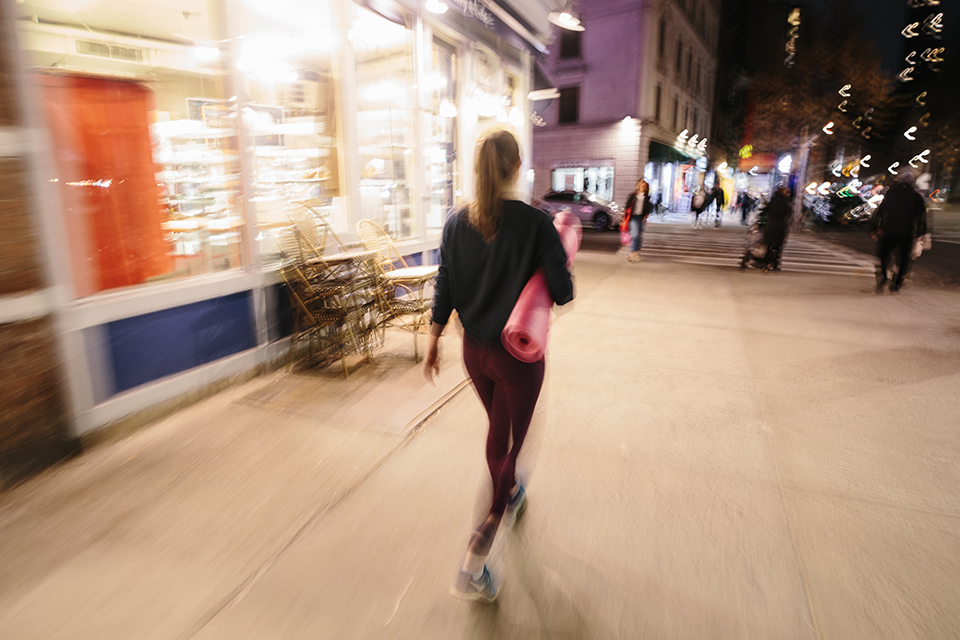 The irony here is that the trendy personal branding that forms such a large part of yoga culture totally contradicts yoga’s spiritual goals. In class, we are asked to close our eyes and refrain from comparing our own moving bodies to others’. Or we are told to direct our gaze to back-wall and our breath to heart-center. To focus on our breath. To suck in our stomachs for balance and not because we want to look skinnier.

Of course, yoga, at least as practiced by most Columbia students, long ago strayed from its origins as a religious tradition in India.The Yoga Sutras, a founding document of the Yoga school of Hinduism, came out during the time of St. Augustine and describes eight “limbs” of yoga. The stretching and the physical poses that we think of when we think of yoga in the US today are known as asana yoga and compose just one of the limbs.

Other limbs, which call for self-restraint and meditative practices, are less present but have not been entirely forgotten. At Yoga to the People, the teacher reminds us to keep our gazes inward, to be so self-reflective as to have no room left to judge anyone else.

Today, I blatantly disregard this suggestion by unrolling my mat in the back corner so I can watch the rest of the class. As much as I want to follow the studio’s advice, there are insightful journalistic observations to be made.

The gender ratio seems to be on the far side of 5:1 in the direction you’d expect. Before class starts, people loll around on their mts, stretch, sleep. It’s like playtime at daycare, with giant babies hugging themselves and rocking gently back and forth. We are encouraged to be childish. Today we will move through both child’s pose and happy baby. 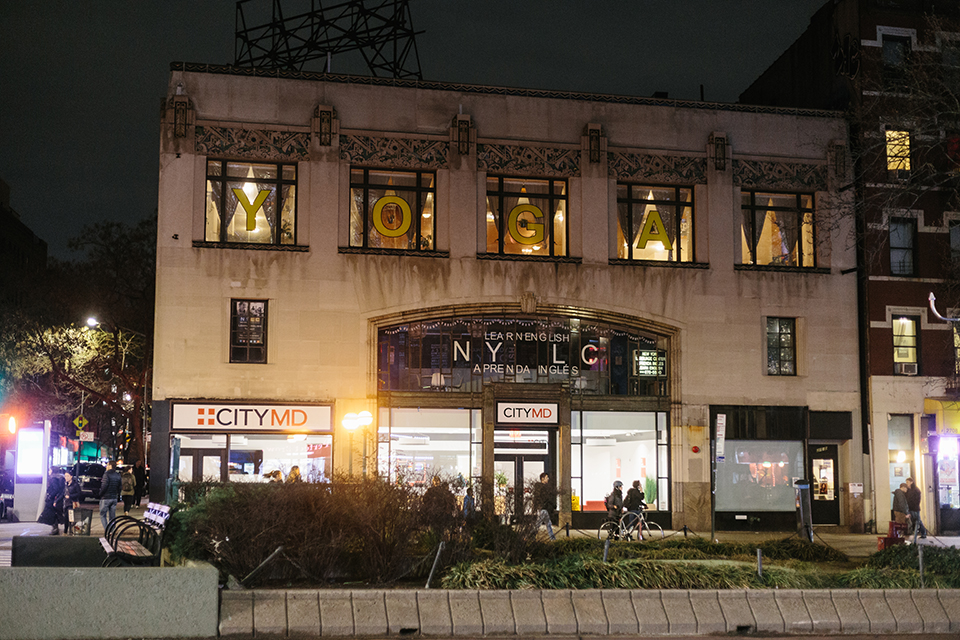 Yoga to the People tries to live up to the populist promise in its name. Its classes are donation-based, which for many Columbia students means free. Other aspects of the studio’s philosophy seem to be reactions to the trappings of yoga elitism that I mentioned earlier. Its “mantra” includes “no correct clothes,” which seems like a response to the rise of expensive athleisure as a status symbol. (I feel obliged to mention here that in a study that analyzed internet page views, Manhattan placed 38th out of 40 cities for interest in yoga, but 3rd for interest in yoga pants.)

Today’s class features a mixture of civilians and power moms. On my right is a grasshopper of a women with coiffed eyebrows and top-down Lululemon.One woman wears pants so billowing that they could be harvested into several pairs of normal-sized pants with fabric left to spare. The man next to her has spidery tattoos crawling up the sides of the lithe, tan arms now supporting him in a headstand.

This instance of cheap and perhaps less pretentious yoga near Columbia stands out compared to the broader trend. Yoga to the People sees its donation-based pricing model as a way to make the business be more consistent with yoga’s values. “The fact that [yoga] is being priced out of many people’s reach is in direct conflict with what we consider to be the spirit of yoga itself,” the website explains.

Everyone I ask says they usually pay $1-2 per class. The suggested donation is $10, but the teachers remind us that this is “not a ceiling or a floor.” My non-empirical perception is that maybe 60% of people drop something in the donation box on their way out. In any case, the doors have stayed open so far.

A sign near the shoe cubbies asks me to take my valuables with me to my mat because of a spate of recent thefts. Something about this reminder right next to the cheerful, utopian donation box depresses me a little bit. A world where the rich subsidize yoga for the poor is so much better than a world where we tighten our umbilical cords around our phones out of fear of having them stolen. But it’s also so much less real.

Other unrealities linger from yoga’s hippie days (little-known fact—a yogi opened the proceedings at Woodstock.) I’m uneasy when a yoga teacher talks about “vibes,” and I’m not sure if I’m embarrassed for her sake or my own. I worry that since certain aspects of yoga are pseudo-science, the people who practice it live on the easily mocked edges of liberal crunchiness, next to vaccine dodgers or GMO alertists. Yoga to the People’s mantra might say there are no right answers, but outside the studio, some things are certainly wrong.

In class, however, all instructions are mere suggestions. Yoga to the People specifies that there will be “no glorified teachers.” Instead, the teacher is mostly out of sight—just an encouraging, disembodied voice coming through a PA system that doesn’t seem quite right in a room lit by candles.

Today the teacher encourages us to take a few lion’s breaths. (This is how you breathe like a lion: stick your tongue out and breathe “HA!” as loud as you can. Bonus points if you can get the sort of choking mucus sound of an authentic “l’chaim.”) While most people produce what could generously be called lion’s yawns, a few folks every class really growl.

Sometimes the class giggles after a particularly long or loud lion’s breath, or else makes the strained sound of many people trying not to do so. I don’t know what to think of the loud lion breathers. On one hand, maybe they’ve lost themselves in the yoga and are uninhibited and free. But the loud breathing could also just be a performance to show how committed they are—yoga’s equivalent of embellishing your Snapchat story to make up for a mediocre party.

I imagine that this issue of not knowing whether someone is being heartbreakingly authentic or falsely performative appears anywhere that intimacy bubbles over into a group of strangers, such as group therapy or reality television. But being disingenuous in yoga seems to me far worse than other social performances. It’s like lying in church. Any sort of insincere exaggeration seems particularly wrong because yoga tells us to focus on ourselves and reject the opinions of others, at least for one hour.

Each class ends with the ringing of a “singing bowl,” which is an instrument that produces a noise like a gong on Valium. I lie dripping with sweat in the candle-lit room and listen to the sound doppler across me.

This calming effect is only slightly ruined later on when I google “singing bowl” and find an article that wants me to “Discover the healing power behind their sound.”

And yet, something else about Yoga to the People reminds me of the Catholic church I went to growing up. Maybe it’s the box for collecting donations. Maybe it’s the joy of watching people flip on their introspective switches, even if it might be a sham. Maybe it’s how cleansed I feel when I walk out. It could be the availability of the studio—just like many religious houses, the doors are open to anyone who cares to walk in.

In the end, this feeling outweighs my discomfort with some of the contradictions of campus yoga culture. When I leave Yoga to the People, I am unwilling to sin so soon after having committed to being better, and that, I think, is sacred.