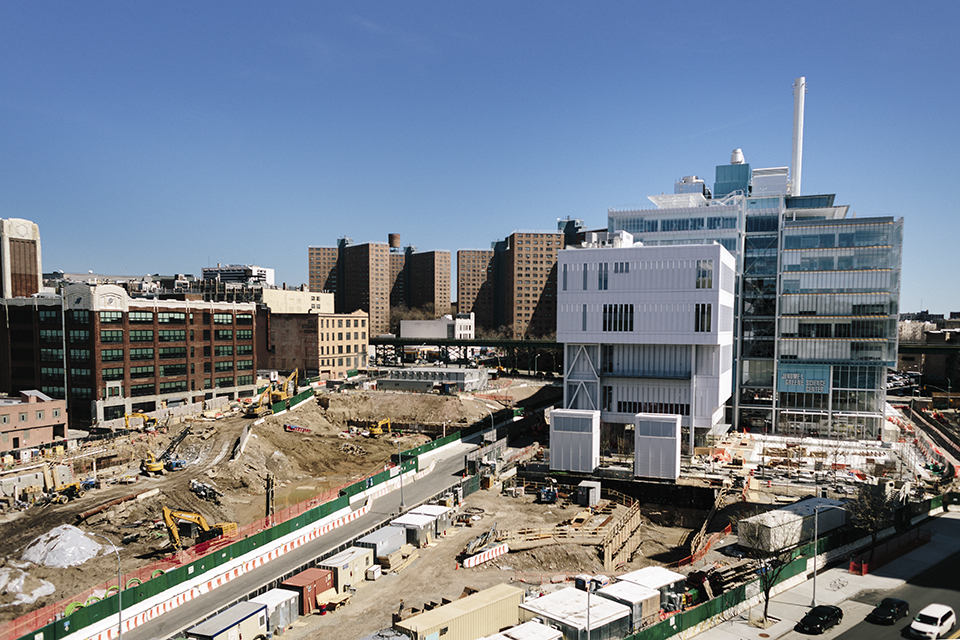 Outside the West Harlem Development Corporation’s office, which sits on 127th Street between Morningside and Amsterdam Avenue, is a parking lot.

Though seemingly mundane, this empty space nestled between two buildings serves as a reminder that the group that was allotted $10 million by Columbia six years ago to create and preserve affordable housing has been unable to spend most of it, thanks in part to rising property values and bureaucratic red tape.

To improve and foster its relationship with the community after the Manhattanville expansion, Columbia agreed in 2009 to invest $150 million to benefit the local community surrounding the new campus in what is known as the Community Benefits Agreement. Not much later, the WHDC was created to directly administer and distribute $93 million of that $150 million promise.

In an effort to specifically alleviate some of the predicted housing pressures that the new campus would exert, the University agreed to dedicate $20 million of the $150 million sum to the Affordable Housing Fund, which is overseen by the WHDC. The CBA, which legitimizes the fund, stated that the money would be paid in two installments of $10 million in accordance with Phase I and Phase II of construction, the first of which was transferred seven years ago.

But since Columbia transferred the first $10 million installment to the city of New York in escrow in January 2011, the WHDC has faced delays from the city and increasingly expensive real estate, producing obstacles that have continued to postpone the spending for most of the decade, according to WHDC executive director Kofi Boateng.

Securing even this initial $10 million was difficult for the WHDC. The organization was required to meet various conditions before receiving the money from escrow, one of which included finding a fiscal sponsor and an administrator for the housing fund. The WHDC entered a fiscal sponsorship agreement with the Tides Foundation in 2012, but it took it almost two years to send out an application (or a “Request for Proposal”) to find an administrator. Boateng explains to me, “There was always talk, but you need time to get around.” 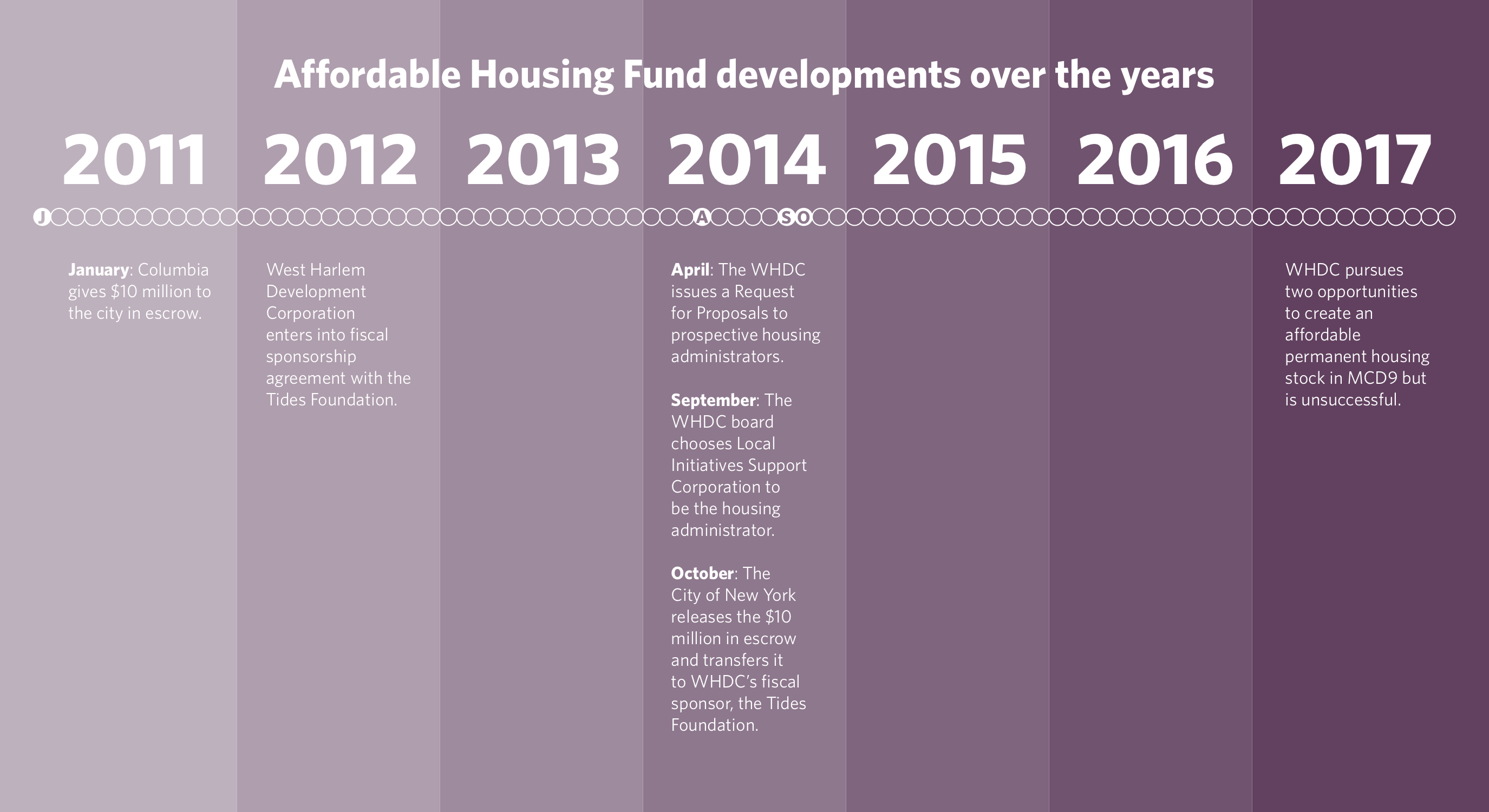 What makes the Affordable Housing Fund even more complicated is that it wasn’t necessarily designed to buy property without outside help. Instead, it was contrived to leverage more money from private and public developers whose investments would increase the amount of money the WHDC has to work with.

In the three years that the WHDC has tried to work with both the city and private developers, two proposals to buy land have fallen through, Boateng says.

The University does not oversee the WHDC nor hold a seat on its board. Nonetheless, both the University and Boateng confirm that they meet regularly to discuss the organization’s progress and tribulations. Boateng also said that one solution the two discussed was to transfer some of the money from the In-Kind Benefits (another fund proposed in the CBA) to the Affordable Housing Fund.

Though $10 million might seem like a large sum, Boateng explains that it doesn’t go very far when you’re in the business of buying property, and adds that it’s not nearly enough to buy most available properties in West Harlem. And as each year passes, real estate in the Manhattanville area becomes more expensive, creating a sense of urgency. “Availability is one thing,” Boateng says, “but price is another.”

The parking lot in front of the WHDC office, which was seen as a possible location for a development, would have cost $36 million, according to Boateng—far beyond the allotted budget.

“Because we’ve been unsuccessful in developing, we’re also looking at other strategies for preservation,” Boateng explains. As of right now, the WHDC is test-running a homeownership-assistance program expected to give 33 tenants at 644 Riverside Drive the opportunity to buy their apartments and become homeowners. These loans would be payable in three years with zero percent interest.

Despite finishing all the paperwork on its end, the WHDC and the tenants accepted into this pilot program are waiting for NYC Housing Preservation and Development to finish its vetting process. Although the WHDC hoped to finally use the fund and loan about $100,000 for this homeownership program, the WHDC finds its hands tied until HPD approves, which Boateng predicts won’t be until June.

Waiting seems to be a recurring theme in the efforts to use the Affordable Housing Fund—waiting for the money to be released from escrow, waiting for land proposals to go through, and now waiting for HPD to approve this program—but Boateng is not intending to let the prolonged wait for the second $10 million installment to delay the WHDC. “We’re doing the best that we can with the ten that we’ve got,” Boateng says, “because we don’t know when Columbia opens up Phase II.”

While there is no clear timeline for the initiation of Phase II, it is set to begin following the completion buildings that will house the Business School, SIPA, and School of the Arts. Yet even if construction proceeds according to schedule, as the WHDC noted in the introduction of its request for proposals from prospective housing administrators, “The second installment may not materialize for at least 10 years from [2014].”