Dear Diary, Please Add This Song to My Spotify Playlist

Dear Diary, Please Add This Song to My Spotify Playlist 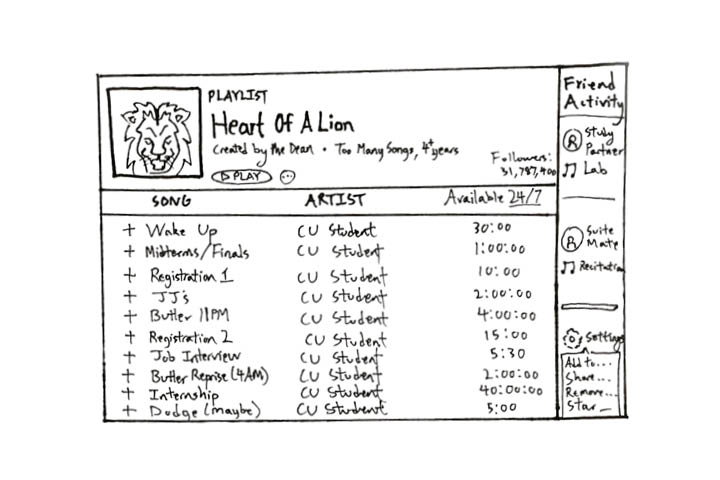 Like any angsty, pre-teen girl growing up in Fairfield County, Connecticut, I read a lot of Sylvia Plath. I thumbed through “The Bell Jar” with a reverence that bordered on the religious and dog-eared my copy of “Ariel” until every corner of every page was creased. Mostly, though, I was captivated by her diaries. Plath’s diaries, which unravelled everything from human nature to “big, dark, hunky boy[s],” touched a raw nerve in my adolescent self. And so, of course, I bought myself one.

I wrote in it for a week or two, filling the pages with profound reflections (“Had algebra today. I hate algebra,” and “Had tacos for lunch. They were okay.”) Eventually, however, the entries would peter out, with longer, more irregular intervals between each one. (I once even wrote a diary entry that consisted solely of: “Sorry for not writing in a while,” as if I had hurt the diary’s feelings.) Inevitably, after a few weeks, I stopped writing entirely. Also inevitably, it was only a matter of time before I bought a new diary, started writing again, and then stopped writing again. And then the cycle would begin once more.

I always regretted not sticking with diary-writing, so you can imagine my delight when I discovered only last week that I had, entirely by accident, been keeping a diary for the last two years.

Last week, I was studying for my Mind, Brain and Behavior midterm. As I settled down at my desk, cup of milky tea steaming beside me, I opened Spotify on my laptop and began scrolling through my playlist, unsure whether to begin my studying with upbeat ’80s pop or plunge into moody white men strumming guitars. I say “my playlist,” because when it comes to Spotify, I’m a hoarder. Since the autumn of my freshman year, I have added every song I have liked to the same playlist called “october.” It currently consists of exactly 215 songs and runs 14 hours and 22 minutes.

As I scrolled through the songs that I knew much better than the biological terms I had to memorize for my midterm, I began to notice that the songs were organized in distinct chunks, each corresponding with a significant time in my college life.

Take, for instance, the section of songs that I added during my first-semester midterms. Mostly consisting of Bon Iver, Little May, and lesser-known indie darlings, my favorite song in this section is called “It’s Alright” by Fractures. I specifically remember adding this song to my playlist as I sat in a library cubicle, accompanied by empty coffee cups and the soothing voices of Khan Academy narrators. It was the night before my microeconomics midterm.

In contrast, the beginning of 2016 is populated with buzzy, optimistic songs. This is around when I started going out with my boyfriend, when the previous semester’s finals were a thing of the distant past, and that semester’s midterms a thing of the distant future. The boppy drums and buoyant piano chords of Beirut are spliced with the bright, electro musical stylings of Jack Garratt.

Around the time of the 2016 U.S. presidential election, there are more female voices. Banks, Emeli Sandé, and Låpsley stand back-to-back in—I like to think—solidarity. Maggie Rogers sings over Trump’s inauguration speech in January 2017.

But it’s individual songs that most clearly evoke the images of my college experience: “Closer” is dim lighting, floors sticky with spilt alcohol, woozy Friday night feelings of freedom; Passenger’s “Catch in the Dark” is fairy light lit-nights, snuggles in bed with my best friend, and a jar of Nutella. “Friends” by Francis and the Lights is two of my friends sliding in socks on wooden floors, throwing their heads back in impressive theatrical fashion.

These little mental pictures, captured through songs on Spotify, are my auditory diary. We live in a day and age in which Facebook dutifully informs us what we posted on this day seven years ago; every thought we have and every life event we experience are digitized. This seems to point to a profound human desire to simply remember.

And if my Spotify playlist is the way in which I remember my college years, as Naked Eyes says, at least there is “Always Something There to Remind Me”—added to “october” 2017-9-18.