How the Margins of Shared Books Tell Our Stories

How the Margins of Shared Books Tell Our Stories 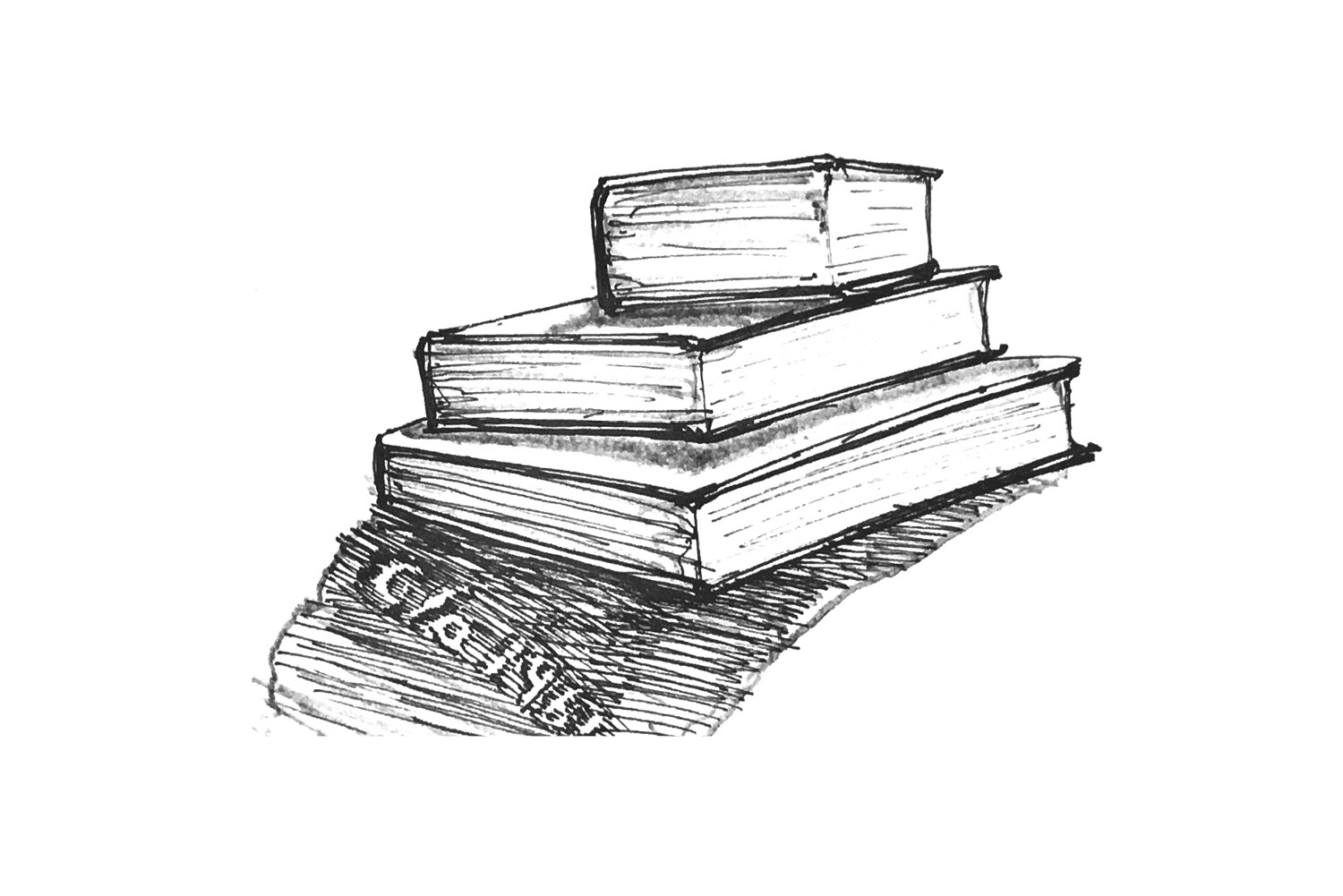 At the beginning of this semester, just as I did at the start of the last, I walked four blocks to Book Culture with my syllabi in hand, ready to raid the store’s trove of pre-owned books. Later, flipping through my purchases, I discovered that some used volumes had been transformed from textbooks into objects brimming with historical and tactile significance.

Out from my copy of the Canterbury Tales fell a business card from the Barnard Office of Disability Services, a flyer for an improv show, and a yellowed receipt for a 16-cent purchase. I found “(Dunelawn) 2 by Terrence McNally Fri Sat Sun Thru January Courtyard Playhouse 39 Grove St (off Sheridan Square)” scrawled on the inside of Candide’s front cover. For over a decade now, 39 Grove St. has been the site of a German restaurant called “Lederhosen”; but for a moment, as I thumbed the weathered edge of my Penguin Classics edition, a defunct Greenwich Village theatre lived in my little paperback archive.

Even annotations and underlines, often the most mundane of marginalia, present narratives. From the three different colors of pen (black, blue, and vivid pink) that marked a book of historical essays that I pulled from the Butler stacks for a recent paper on religious history, I could imagine the students who had already perused those pages. I saw their moments of insight, the development of their ideas, their occasional desperation to pull meaning from a dense paragraph. I’m familiar with all of these processes; I’ve marked books in this way, too. During the most solitary of activities—sitting alone in a library, a book splayed before me, a pen in my hand—the notes of past students, like inky little ghosts, tugged my attention toward others’ experiences of the text.

Our collective transformation of books is an ongoing project. Beatrice Lintner is a Barnard first-year and has been my classmate for two semesters of Legacy of the Mediterranean. On Tuesday and Thursday mornings, from 8:40 until 9:55 a.m., I watch her pen fly across the edges of her textbooks. One day after class, Lintner shows me her Odyssey. Complex forests of figures and lines have sprouted alongside the epic poem; Lintner’s newly created drawings share pages with Homer’s ancient words. “It helps me concentrate,” she says. “I have really fidgety hands.”

Lintner’s fidgeting is only a recent iteration of a long tradition. The ability of book pages to preserve both ideas and physical items links generations of readers over hundreds of years. Marginalia from the Middle Ages are memorialized today in Buzzfeed listicles and medievalist Twitter accounts. These small, arrestingly bizzare pictures worked into the edges of pages create an intimacy with long-dead scribes (and conjure wonderfully incongruous images of 14th century monks in stony scriptoriums, their tonsures bent over lavishly illuminated scripture, carefully painting women collecting phalluses from a tree or two-headed men battling deformed dogs). Like unexpected discoveries in Book Culture or Lintner’s designs, marginalia remind the current reader that books are more than collections of abstract ideas; they are objects touched, contemplated, and transformed by past hands.

At the end of the semester, Lintner will think about which of her textbooks she wants to keep for her own library, and which she will be glad to pass on. Like hundreds of copies, Lintner’s edition of the Odyssey might be sold in the aisles of Book Culture or the threads of Buy | Sell | Trade at Barnard. Singularly transformed by her roving pen, however, her Odyssey would uniquely inform future students’ engagement with the epic. Whether she holds onto them or not, her restless engagement with the text will be preserved.

I lack Lintner’s artistic skill, but I’ve altered books in other ways. I have scrambled to comment on readings before an exam and slipped notebook pages, boarding passes, and postcards into library books as placeholders before returning them.

Highlighted and dog-eared, used as day planners and stuffed with leaflets, the books we handle become as much a central part of the University’s infrastructure as Butler Library, as much of a public forum as Low Steps. They are little museums of thoughts and things, telling stories.

Have fun leafing through our fifth issue!