Can Columbian Intertextuality Be Classist?

Can Columbian Intertextuality Be Classist? 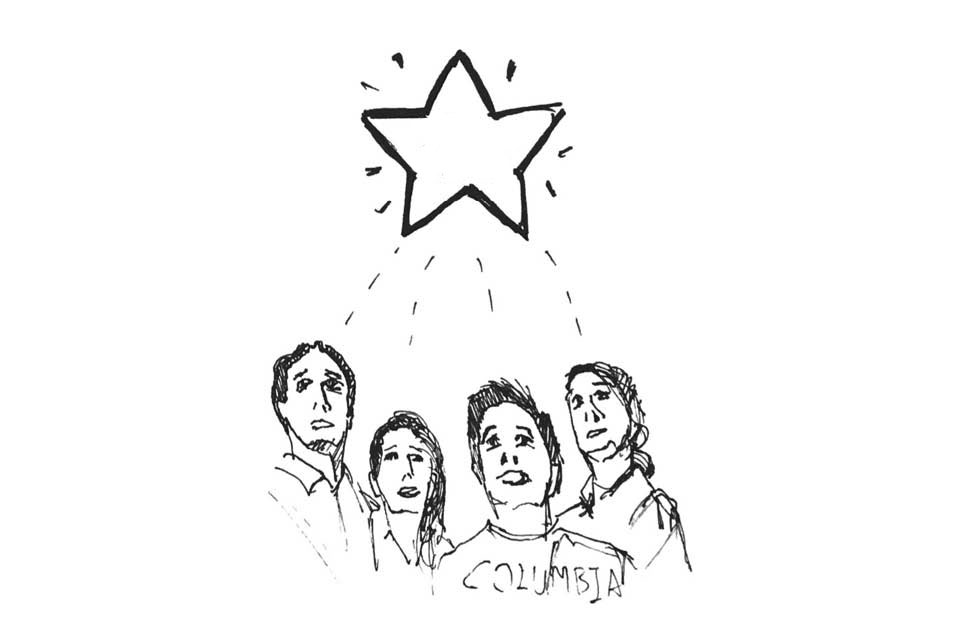 My class reads from John Berryman’s book of poetry, 77 Dream Songs, “Once in a sycamore I was glad all at the top, and I sang.” Someone raises their hand to say, “We are, of course, reminded of the story of Zacchaeus in Luke in the Bible.” I just thought it was a tree. As the conversation burrows deeper into the Zacchaeus pinhole, it starts to sound like Charlie Brown’s parents.

“For those of you still struggling to join the discussion, think up a few reflection questions about the reading for next time.” These are the words of my poetry professor that my brain decides are aimed at me, seeing as we are six weeks into the Crisis of the I seminar and I have not spoken once. I resolve to contribute to the dialogue each Tuesday at noon as I scurry to my seat, and yet, as my opinions are dwarfed by interpretations bolstered by colossal Western Classics, I feel less inclined to speak up. By the time two o’clock rolls around, I have gained only a skeleton of information, one that I must flesh out over three hours of extra research in Butler on every allusion to Rilke’s Book of Hours or W. H. Auden’s “Musée des Beaux Arts” that other students mentioned in the discussion.

The universe of my palm-tree-studded hometown of Tampa, Florida is small. It contains me, frozen in time at seventeen, pouring over The Great Gatsby at the beach, because it is not read in any of my classes, and thinking it is the peak of literature. Then I came to know the universe of Columbia, where The Great Gatsby is elementary and hackneyed and for fourteen-year-olds to learn what themes are. In Tampa, my mom can cook anything from scratch without the recipe, and my dad can sell anything to people who don’t even need it. They are experts at making something out of nothing. In New York, there are abundances of Canada Geese, fifteen-dollar cold-pressed juices, and tasteful Gucci belts. People here do not seem to have nothing to make something out of; they just amass more. My universe in Tampa was extra workbooks over summer because I said so, it was pinching pennies to make dimes, it was transient.

It was all to get somewhere else. I was the magic beans that my family traded all their cows for, in the hope that I could claw my way up to a place that existed beyond our reach, our imagination, our universe.

I am a first-in-family student and I am milking Columbia for as much financial aid as possible. From a young age, I understood that education and class are related. My universe at home did not contain Rilke or Foucault or Nietzsche, or anyone who could have told me that these people exist. I didn’t take a Virginia Woolf seminar my senior year of high school or pop down to the local theatre to see screenings of French movies with subtitles. I am just now learning about the books that were some students’ bedtime stories.

The Core is often criticized by Columbia students for being itself an instrument of classism, constructed around courses like Contemporary Civilization and Literature Humanities that address the underpinnings of Western thought and tradition. However, the Curriculum does work to level the playing field for a student like me. But what playing field are we on—or rather whose?

Among elite institutions in America today, Columbia being a shining example, there is a perceived hierarchy of academic and cultural information in which any knowledge that is produced within and contributes to the highly intertextual discourse of Western tradition is ranked highest or most valuable. This hierarchy is at odds with the sweeping categories of Americans—including people of color, the undereducated, and the impoverished—who do not have access to ways of conceptualizing this Western tradition.

A thought: Not The Core, but Columbia’s brand of intertextuality is classist because it operates through the logic of an informational hierarchy fortified by the hegemonic class of wealthy, white men that have controlled government, academia, and history since such things existed. Yet, information is not inherently hierarchical. Columbia affiliates only value knowledge based on whether it will endow us with the social and intellectual capital necessary to succeed in the Western world. (“Success” we again quantify with dollars, awards, and recognition.)

Thus, I propose a spatial metaphor that is more apt than “leveling the playing field”: Instead of raising lagging students so that we may all compete on the same level, Columbia, through the Core, is simply turning us all to face the same direction. So what are we turning away from? What are we unlearning?