The Room, The Pencil, and the Rolled R

The Room, The Pencil, and the Rolled R 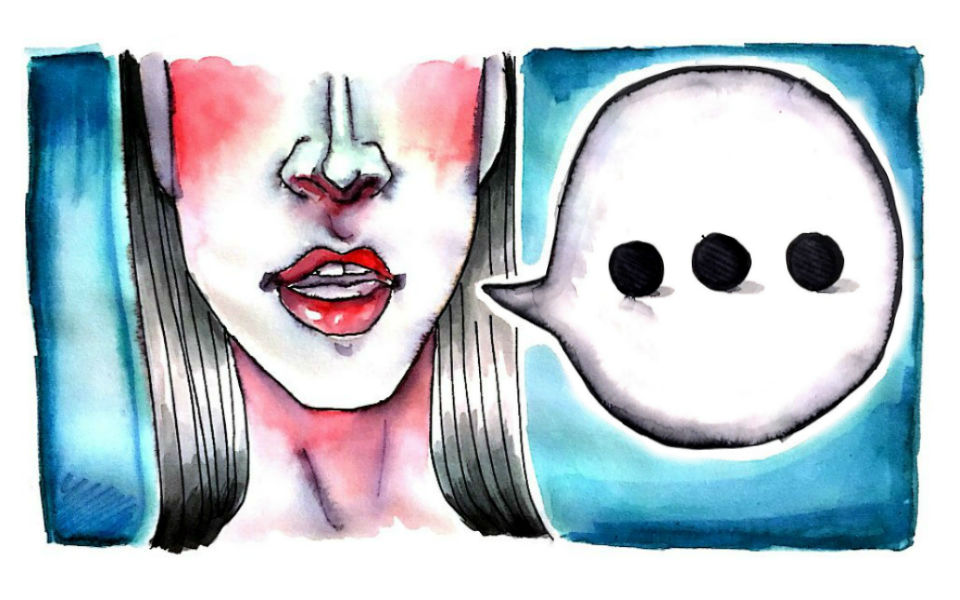 I’m standing in my too-warm room with a yellow Ticonderoga pencil between my teeth. It’s the summer before college, but the woody taste reminds me of being in elementary school––maybe because I haven’t used pencils to do my homework since then, or felt particularly inclined to chew on them. But I’m doing this right now because an eHow article told me that speaking with a pencil in my mouth would help me learn how to roll my R’s.

I say “perro” over and over again, pacing the room before standing in front of the mirror on my closet door. No one else is home, so I yell, trying to push the right R out, as if I’m a novice Spanish speaker trying to call attention to a dog in distress: Perro, perro, perro! I watch my lips and tongue move clumsily around the pencil, a little differently each time. Sometimes the R sound comes out like a tight L, or a D, but never a trill. My eyes start to feel wet, and I try switching to “arroz.” Arroz, arroz, arroz. The pencil isn’t doing the job.

From what I understand, Spanish was my first language. My parents are from Chile, and they moved to Long Island before I was born. Growing up, I had asked my mom for más comida and told her that I wanted to dibujar con Diego, my younger brother. And for the most part, our only guests were my aunts and uncles, who are from Chile and Ecuador. Nobody spoke English in my house, except on television.

Outside our home, there were the requisite interactions in English with salespeople, with gas attendants. I never liked to hear my parents speak English—how they struggled with words that came to them so easily in Spanish. People would look at them searchingly as they tried to get their message across, awkwardly repeating themselves. I thought it was mean to prolong the interactions like this—imagine a department store clerk pretending not to follow when my mom asked her for “sueters.”

In my first years of school, I felt jealous of my American classmates and the brisk way they spoke English with their parents. It seemed like such a hard, casual language, and the other children spoke to their parents in rude tones I wouldn’t dream of adopting at home. If her mother didn’t let her sleep over at a friend’s house or buy some plaything at the Scholastic Book Fair, my friend Laura just had to let out a whiny “Mom, please?” and she would get what she wanted. If I protested a parental verdict, I might be called sinvergüenza—literally “without shame”—and that would be that. Spanish reminds me of the people I love, but, accepting the principle of linguistic relativity for a moment, I think it also engenders respect in a way that English doesn’t—see the latter’s lack of a formal pronoun like “usted.” (Let’s disregard “thou.”)

Still, eager to fit in with my classmates, I started copying their accents and the phrases they used. I remember coming home from school one day and telling my brother to “shut up”; my father, under the impression that “shut up” was a legitimate curse word, scolded me and relegated me to my bedroom.

Today, my parents speak to me in mostly Spanish, and I respond to them in mostly English. I don’t have any problems understanding them, but after years of operating in English—speaking it in primary school and elsewhere, reading ungodly amounts of it as an English major in college—my Spanish vocabulary is considerably weak. It takes me longer than I would like to remember how to say “fireplace” (chimenea) or “frying pan” (sartén), and even more time to conjure words that I never really used as a child, like “consequently” (por consiguiente).

My pronunciation has suffered too, which brings us back to the room, the pencil, and the problem of the rolled R. It is feasible, maybe even probable, that I was once able to roll my R’s—maybe to refer to toy cars (carros de juguete) or to communicate a misguided desire to run on my fat, clumsy legs (quiero correr).

Regardless, the rolled R is now my most indomitable shibboleth, no matter how many hours I spend chewing on Ticonderoga pencils or, as another article suggested, blowing raspberries. With some effort, I can sound like a native speaker until I get to a word with one, at which point the jig is up, and I might as well have the word “gringa” on my forehead.

I’ve tried to come up with ways to get around this. I might sidestep the word “correr” by saying that I want to caminar rápidamente. Granted, as any competitive race walker will tell you, the two phrases are not exactly synonymous. A more extreme method is to avoid topics that call for words with rolled R’s altogether. For this to work, one has to remain extremely vigilant. As much as I love my dog, I have become adept at steering Spanish conversations firmly away from her as soon as someone so much mentions the word “pet” or “animal.”

The rolled R problem has intensified considerably since I started my semester in Cuba four weeks ago. I’ve realized that there are a lot of words with rolled R’s to avoid and even more topics of conversation that are tangentially related to these words. This is not to mention the Cuban accent, which, while attractive, presents another problem altogether.

If I walk up to a taxi driver without saying anything, perhaps with a smile, there is a small chance that he’ll think I’m Cuban. But if I stumble over an R or forget how to say a word, then there isn’t any chance that he will, and I’ll end up paying twice as much to get where I need to go. Most of the time, though, the stakes are lower. No one minds if I slip up, not my host family and especially not my parents, when I try to speak to them in Spanish on the phone. So lately what has felt best is to shed my rolled R insecurities and just say the words. My host family has a dog, anyway, so I’ve gotten better at saying “perro.”