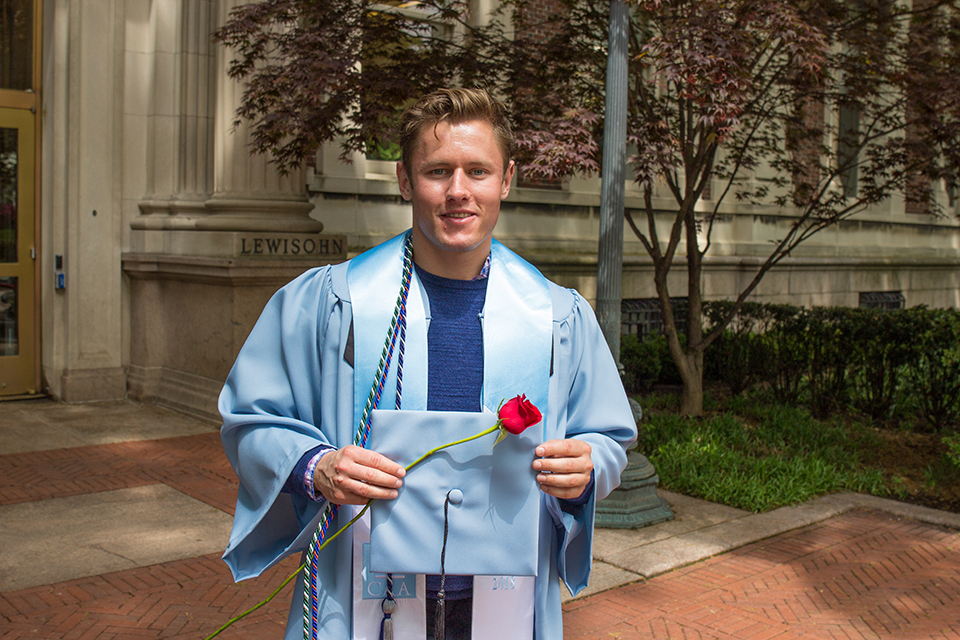 Once upon a time, Pawel Maslag planned to go to Columbia and then go work for Goldman Sachs, “to follow the Columbia dream in some ways,” as he puts it.

“[Then] I took four gap years. I think that changed my perspective.”

During those four years, Maslag became involved with a long list of nonprofits. He joined City Year AmeriCorps working as a tutor, mentor, and role model for a second grade class, Habitat for Humanity as a volunteer site leader on construction sites, the U.S. Fund for UNICEF as a fellow, and VOICE Charter School as a teaching assistant—all in NYC. He also started his own nonprofit, The Great Youth Movement (called The GYM, he adds quickly), which aims to foster a community for teenagers with autism through an emphasis on personal fitness.

It’s almost overwhelming to hear them all listed out, especially given the terseness with which he does so. Any other person would talk at great lengths about any single one of these things, I can’t help but think. For Maslag, it seems, volunteering his time has become the norm.

Maslag, originally from New Jersey, is a sociology major, which entails talking a lot about inequalities, he says. But “a lot of times you might be removed from actually seeing or experiencing inequalities,” he says. “I think, being in education (through City Year and VOICE) before Columbia, I was able to formulate a better understanding of it.”

Upon arrival on campus, Maslag became heavily involved in health education—working as a peer educator through SVR, serving on the Presidential Advisory Committee on Sexual Assault, and teaching local high school students through the Peer Health Exchange.

As we speak, we’re interrupted by a passing student. She’s quick to congratulate him on graduating, and the two discuss summer plans and the possibility of meeting up. He was her orientation leader, he tells me after.

A tattoo on his arm reads “Be Brave, Be Kind, Be You” in small, black print. It’s a slogan from Camp Boggy Creek, a Florida camp dedicated to providing a place for children with serious illnesses. Maslag spent a summer there working as a camp counselor in 2016.

His tattoo seems especially fitting as he tells me how he first became so involved in issues of health. He says it stemmed from accepting his own privilege as a white, middle-class male and realizing that he could use it help those less fortunate.

Maslag tells me that along the way he’ll stay at local YMCAs, churches, “pretty much anywhere we can crash on the floor,” as he puts it. On his last journey from coast to coast, he was constantly asked the same question: “Are you biking back to Baltimore?”

“I flew back,” he admits. “I feel like my journey hasn’t ended yet.”

After graduation, Maslag hopes to continue his work in health education by applying for a position with the Peace Corps, helping with HIV prevention in South Africa. Beyond that, his plans aren’t set in stone, but he sees his road leading to teaching high school or becoming a guidance counselor.