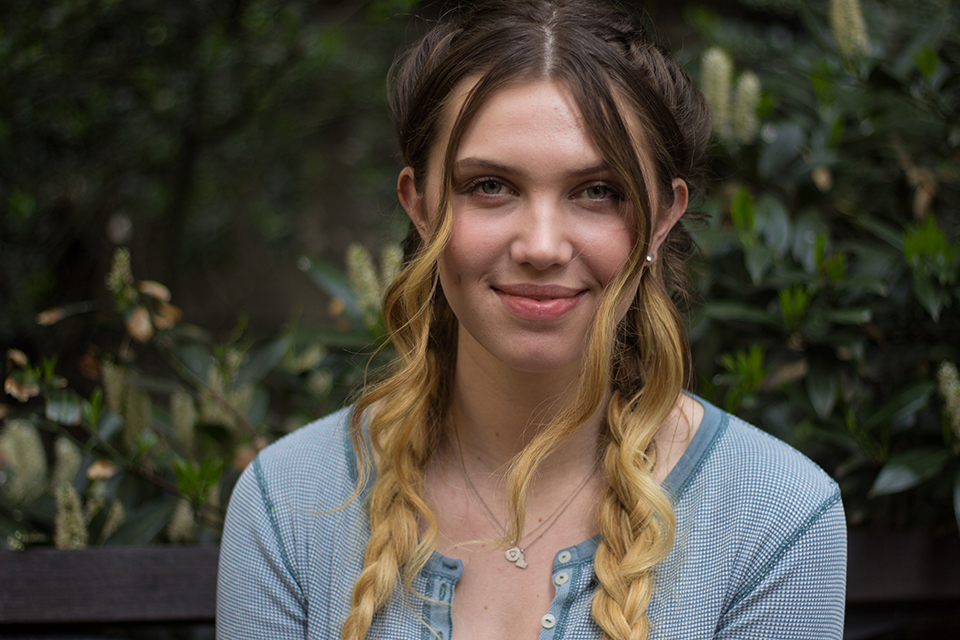 You could find her riding a city bike with no particular destination or writing poetry at Butler Library instead of doing her homework, but if you’re looking for Aidan Sullivan anywhere between 9 p.m. to 5 a.m. on the weekend, you’re likeliest to find her behind the bar at 1020.

Sullivan is a first-generation Barnard student from Idaho who majored in economics (but wishes she’d majored in English). She has been a bartender at 1020 since the summer after her sophomore year. She stumbled upon the position innocuously: Sullivan started going to 1020 for the same reason most of us secretly journey there—to look for a particular someone. It was in the midst of searching for a crush one night that Sullivan came across the “help wanted” sign taped on the bathroom door. She dropped off her résumé the following day.

“How you do anything is how you do everything,” Sullivan’s sister used to tell her. The way Sullivan has learned to handle a dozen drunk people demanding a pint of beer or a gin and tonic in front of her isn’t far from how she’s learned to manage school work: breathe and remember that “it’s going to get done”.

Sullivan has an array of 1020 stories that include sneaking her friends into the basement and riding bikes down there, meeting a 65-year-old acid guitarist named Jeff the Dragon (she explains that an acid guitarist is someone who takes acid and then records himself playing guitar), and seeing a man pull out a crack pipe at the bar and having to tell him it’s against bar policy to smoke crack there.

What Sullivan has learned from the vantage point behind the bar is that stress culture at Columbia has to do with the pressure to always be put together. Her theory is that 1020 is popular because it appeals to our most debaucherous part of ourselves. “You’ll find broken glass somewhere, someone crying in the corner, it’s a disaster,” Sullivan tells me, “but you get to fall apart there and not worry because you recognize that everyone’s a mess.” Her personal remedy and word of advice to mitigate our stress culture is to make a more conscious effort to be ourselves, which includes slips and falls and mistakes.

Sullivan will continue working at 1020 until June. Afterwards, Sullivan and her younger sister plan to live in an RV in Wyoming for three months. She doesn’t know what she’ll do afterwards, but when I ask her if she’s worried, Sullivan says she isn’t. “I don’t want to wake up and be 40 and realize I’ve been living my entire life based on someone’s else idea of happiness and success,” she goes on, “I need to go out and figure out what my idea of happiness and success is.”

Sullivan wasn’t the president of a notable group on campus, she didn’t pioneer a campus movement; in fact, Sullivan nonchalantly tells me she wasn’t part of any clubs during her four years here. Instead, her contributions to the community took the form of intervening when she noticed a guy aggressively drunk flirting with a girl, or offering water to someone who looked like they desperately needed it, or holding someone’s hair as they vomited at the bar. She’s a firm believer in those kinds of small, often unnoticed, acts of kindness, and it’s these gestures that have integrated her into student body and the greater Morningside community.

One of the last things Sullivan says, to all of us who have made mistakes at 1020, is “don’t worry,” the secret is safe with her—a bartender rule.