A Walk From “Harmony Hall” to “Campus”

A Walk From “Harmony Hall” to “Campus” 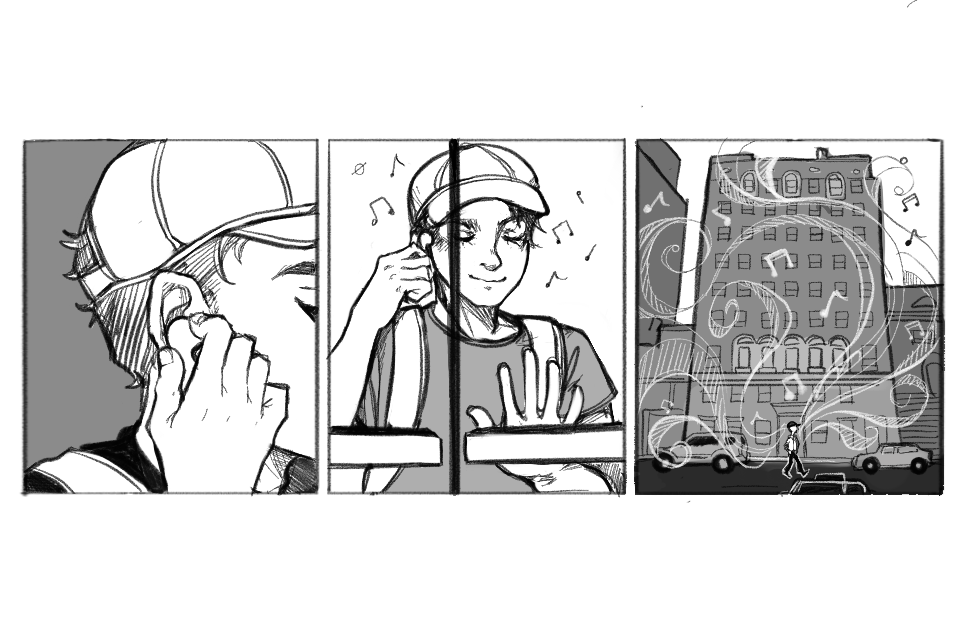 “Harmony Hall,” Vampire Weekend’s new single, runs five minutes and nine seconds, the exact amount of time it takes for me to stroll from Harmony Hall, the Columbia dorm on West 110th Street, to Butler Library’s grand entrance. It’s Friday afternoon, and my pace aligns eerily well with the tune’s transitions: Just before the one-minute mark, the acoustic prelude yields to the soaring chorus, as if to fuel my traverse across 110th. “And the stone walls of Harmony Hall bear witness,” Ezra Koenig sings, as the dorm’s graceful facade recedes behind me.

On Broadway, practically half of the faces in the rush hour crowd don earbuds and headphones of all varieties. Surely some of them are making an after-class pilgrimage to the sun-drenched steps of Low Library, where languid students, I imagine, are listening to “Campus,” a Vampire Weekend ditty that perennially delights the sentimental among us.

At least those nostalgics can justify their tenderness: “Campus,” from the band’s first album, is actually about our campus. Fans of “Harmony Hall,” on the other hand, are coming to terms with the reality that the song bears no relation to the dorm, according to a recent admission by Koenig, who graduated three years before Columbia acquired the building. The Atlantic pointed out that “Harmony Hall” also shares a name with a utopian commune that lasted six years in the mid-nineteenth century.

But that doesn’t bother me. My links between places and songs—the physical and the mental—are visceral and often arbitrary. To the plugged-in pedestrian, titular and lyrical meanings are mere frivolities. I am always eager to hear Paul Simon croon about “the bodegas and the lights on Upper Broadway,” but on a journey down Upper Broadway itself, I would rather listen to “Woo,” Erykah Badu’s ode to her native Dallas, where I have never been. Badu captured my priorities brilliantly in a Vulture interview: “The important thing is the vibration, not the words. The kids need vibrations, because their attention span is about three seconds.”

Back home in New Hampshire, a state with no sidewalks and few interesting places to walk to, my musical connections were chronological: Joni Mitchell’s “Coyote” was sophomore fall, and Lorde’s “Perfect Places” was graduation weekend. Here, too, I strain to identify logical connections between the songs’ meanings and my own; my Spotify searches are more for rhythms and melodies that suit my energy than lyrics that reflect my mood.

In Manhattan, I connect that energy not to phases—how high school!—but to buildings, intersections, retail corridors, staircases, subway cars, and other ingredients for the wholly urban bliss of being ensconced. The city’s endless physical permutations reign supreme; now, “Coyote” is Riverside Park. There’s disappointment in learning that “Harmony Hall” isn’t Harmony Hall, but there’s also freedom; a song can be whatever place feels right.