The Eye | Letter From the Editors

Letter From the Editors: Issue 8

Letter From the Editors: Issue 8 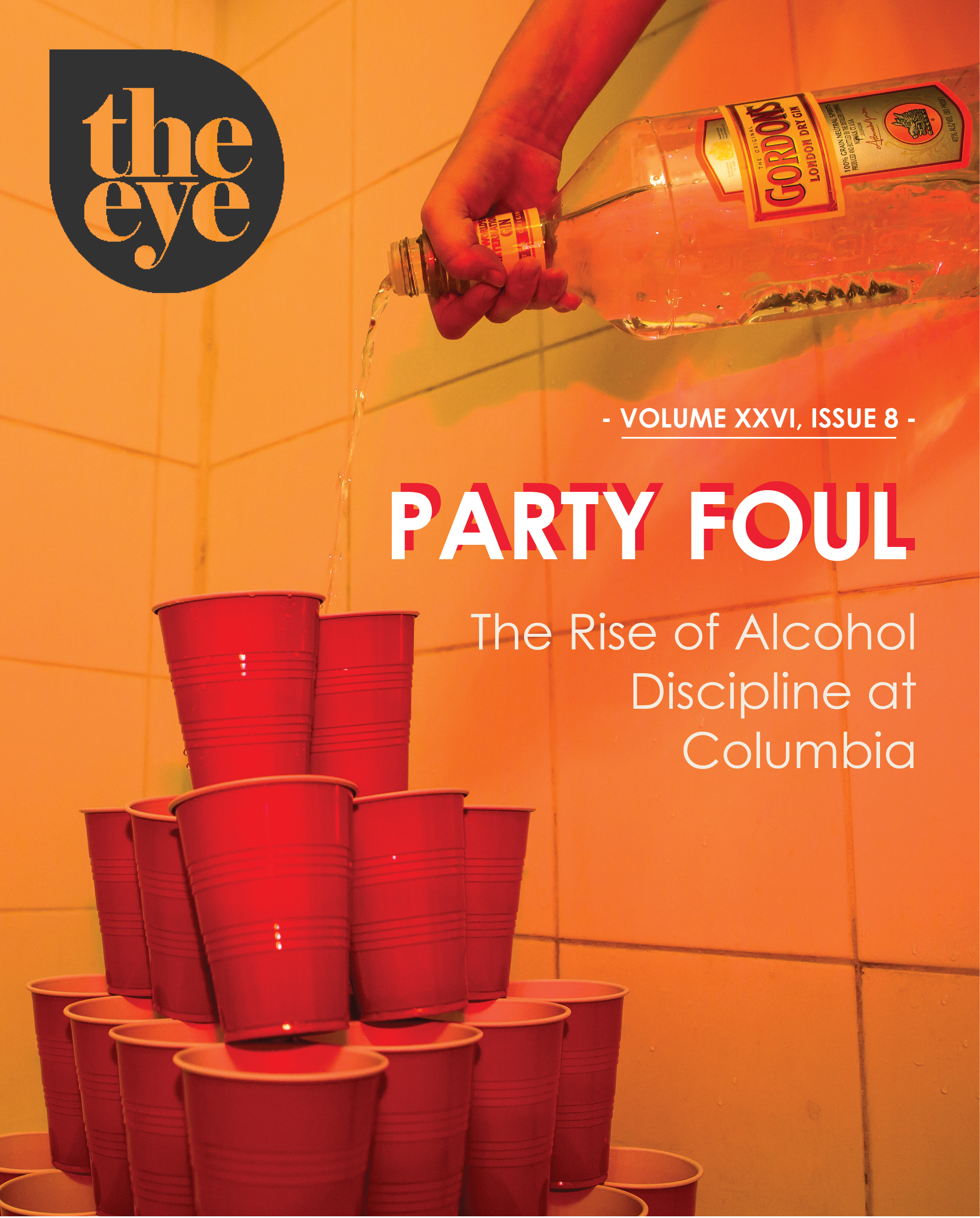 We’ve officially crested Bacchanal, emerging in almost one piece from an excessively long midterm season. We’re nearing the end of the semester, and the end of Volume XXVI, but we still have three more issues in the works. Whether you’re still recovering from a wild Bacchanal weekend (we recommend Advil and water), or an endless week in Ref (we prescribe a night in watching Brooklyn Nine-Nine), we hope this week’s issue provides you with some recovery reading.

Did Bacchanal seem a little bit quieter this year? In the last two years, alcohol write-ups have spiked—just like they did 12 years ago, following a series of crackdowns. Students, outraged at the administration, dubbed it a “War on Fun.” In this week’s cover story, Sophia Cornell asks: Are we in the midst of a second war?

Take a trip to the dimly lit basement of St. Paul’s Chapel on a Monday night, and follow the sweet croons of the Jonas Brothers; here you just might find Memento Mori, one of the many comedy groups at Columbia. In this feature, Skylar Fetter shines a light on comedy groups at Columbia and how they adapt to the changing discourse surrounding political correctness. So, comedy at Columbia: “S.O.S.” or “Burnin’ Up”?

In this week’s View From Here, Claudia Gohn dives into her relationship with her body after she stopped swimming competitively.

And finally, presenting our first Evesight, Eve Washington misses her bus and spends five hours sitting on a bench in Midtown. This is what she witnessed.

We hope you enjoyed leafing through this issue, and that your headache fades soon.