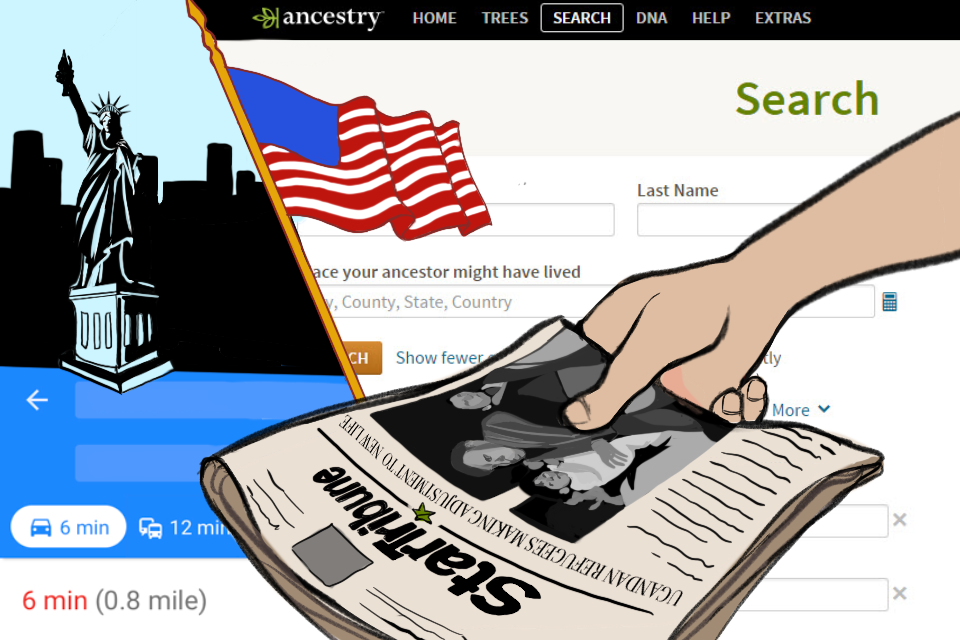 In a recent Netflix comedy special, Hasan Minhaj, a writer for the Daily Show, describes watching Fox News’ heavy hitters, Sean Hannity, Ann Coulter, and Bill O’Reilly, walk to lunch. Minhaj sees all of them leave their glossy midtown offices, those epicenters of American Islamophobia; cross the street; and get in line at a street food cart for halal chicken over rice.

Since I heard the joke last summer, I’ve thought about it a lot, often when I remember moments when I was too young to have understood it. I remember my grandmother—the chef, the six-time polyglot who married at 14 and somehow got her eight children out of genocide and into adulthood. I see her in the creaky white house in Minneapolis that the Lutheran Church loaned my grandparents in 1972, two weeks after they’d landed in the country as refugees, and that my aunts and uncles all got jobs to pay off. That house on South Knox Avenue was its own country, with its own common language: turmeric and cardamom and lemon juice and Dairy Queen on birthdays.

I remember my grandmother watching Indian soap operas on her daybed in her 70s. I could only read the captions, but let me tell you: Forget Grey’s Anatomy. If you want the real drama and the very best in terrible sound effects, it’s all on Zee TV.

My paternal great-uncle, who is from Ohio and has never met my mother, once described his trip to Egypt with wonder. “They have soap operas there! Muslim soap operas,” he said, as if this was the most astounding thing in the world, and not the very thing that had blared in the background as my grandparents settled down after dinner to gossip, while their grandchildren ran them cups of chai from the shoebox kitchen.

For the tenth or twentieth time, I Google Maps the driving time from the masjid that was bombed two summers ago in Bloomington, Minnesota to the masjid where my grandparents are buried. It takes six minutes. If you were sitting in the Starbucks where we went after my grandmother’s funeral a year prior, and you were sipping on an iced macchiato and thinking to yourself, “Hmm, today feels like a nice summer day to go bomb a mosque,” you could have chosen either of those two masjids and committed your act of terror just as efficiently, allowing for traffic.

In his joke, Minhaj neatly captures the irony of my family’s history. Our presence is sometimes used to motivate a ban on Muslim refugees, to justify bombing a place of worship. Someone’s mother died today because of that ban and someone’s grandparents were buried at that masjid. They are not mine, but they could have been. Flip a coin, turn away a boat, open Google Maps. But other parts of us are perfectly American, even as determined by the very choosiest pundits of Americanness. The Statue of Liberty should be reinscribed to say, “Give me your tired, your poor, Your huddled masses yearning to breathe free, And I will give them extra white sauce and fries on top.”

About two months ago, I received a text from my mother with a picture from the front page of the Minneapolis Star Tribune on November 22, 1972. Under the headline “Ugandan refugees making adjustment to new life” is a photograph of my grandparents, then in their mid-forties, just recently arrived in Minneapolis from their stay in a refugee camp in Naples. My grandmother looks overwhelmed—the article, which misspells her name, notes that she doesn’t speak any English—and my grandfather looks imperious. He died when I was 10, and even in my best memories of him he is hunched and wrinkled, but here he is tall, brave, and shaking someone’s hand.

On my dad’s side, I don’t have to look very hard for ghosts. My grandmother has written a book that chronicles the family record: maps that delineate who owned what in Trumbull County in 1847; Civil War enlistment photos and ledgers; meticulous readings of diaries (in case you were wondering, a distant relative “drowned in 1849 in the millpond at age three while clutching her kitten”).

But my mom’s side is more difficult. Information comes slowly and fuzzily, as if from a séance. I sign up for Ancestry.com for the fifth, equally fruitless time. I Google and Google the first names and last names and the birth and death and naturalization dates that I do know, and once in a blue hyperlinked moon, I manage to summon a scrap of information. A figure materializes out of the haze of irrelevant articles to say: Here, answers.

If I find anything, it is information about a person whom I’ve met or spoken to over the phone: one of my seven aunts and uncles and their children, or maybe a distant cousin in London or Mombasa, graduating, or getting married, or contesting a traffic ticket. It is never information of the 1849-kitten-millpond-drowning variety.

Family history is slippery if you’ve been caught up in one form of diaspora or another for the last century and a half. My family, most likely indentured out of Gujarat by the British Raj, was brought to East Africa and shuffled around there for about a century. There’s a childhood in Kenya and Uganda that no one particularly enjoys talking about, and then Idi Amin and the 1972 genocide, and then the front page of the Minneapolis Star Tribune.

I could ask more questions to relatives. But it is one thing to find family tragedies urgently important to your sense of self, and another to have endured them and then be pestered to talk about them. Besides, people can’t really give me answers before their own lifetimes: There aren’t microfiche records of who owned what store in Zanzibar and who worked where in Gujarat.

If the last few years of 23andMe-fueled genealogy hype are anything to go by, I’m not alone in finding this fascinating. Who were the people who had your DNA, walking through a wildly different place and time: What would you have in common, besides your hands and eyes and cheekbones? What were the goods and evils of their lifetime, and which side won?

Diaspora renders your own hand strange. You share something so private as the blueprint of your own body, but are complete strangers; they lived a history that was fundamental to your own, but you wouldn’t speak the same language if you met.

And so the Star Tribune photograph is striking—like, made-me-cry-when-I-got-the-text-in-Ferris striking. It captures a private crisis in my family’s history, and it makes that moment public: Not only can I get answers, but some stranger can, too. They are here, names misspelled and faces tired, in the American public record.

If I ever have children, I will be able to say not just “here is my heritage,” but “here is the evidence.” Here is that most American public record, the local newspaper. He stood like this, she had my eyes; they have their own half-sentence in the history of Minneapolis. Front page, above-the-fold material, my grandparents, shown stronger than I thought any American had ever publicly given them credit for. While I was writing this, I found out that they appeared again on the front page of the Star Tribune on Christmas Day in 1972, a month later, with a photo of my youngest uncle under what the article describes as their first Christmas tree (a tradition that has been firmly discontinued): “Ugandan family feels guilty it can’t give on Christmas.” The article explains that they’re so poor that they bought the cheapest possible meat, even though it wasn’t halal.

The next and last time they were mentioned in the newspaper—again in the Star Tribune—was in my grandmother’s obituary, which is the only relevant result that comes up right now when you Google their names together. I remember writing that paragraph with my mother, in the upstairs of that big church-given house on South Knox Avenue. An obituary, in a city as big as Minneapolis, is not a way of letting your neighbors know of a death so much as of letting the world know, inking it into the public record.

I have realized, however, a trick—their granddaughter gets to write for a newspaper. And so here they are, in the search results once more, ready for whoever Googles them next, even if it will probably only be me: Kulsum Bai Bachelani and Aboo Bakr Bachelani arrived in this country in 1972 and raised eight children in a house two blocks from the lake. They built their own little country on South Knox Avenue, and it was a distinctly American story.

Enjoy leafing through our tenth issue!