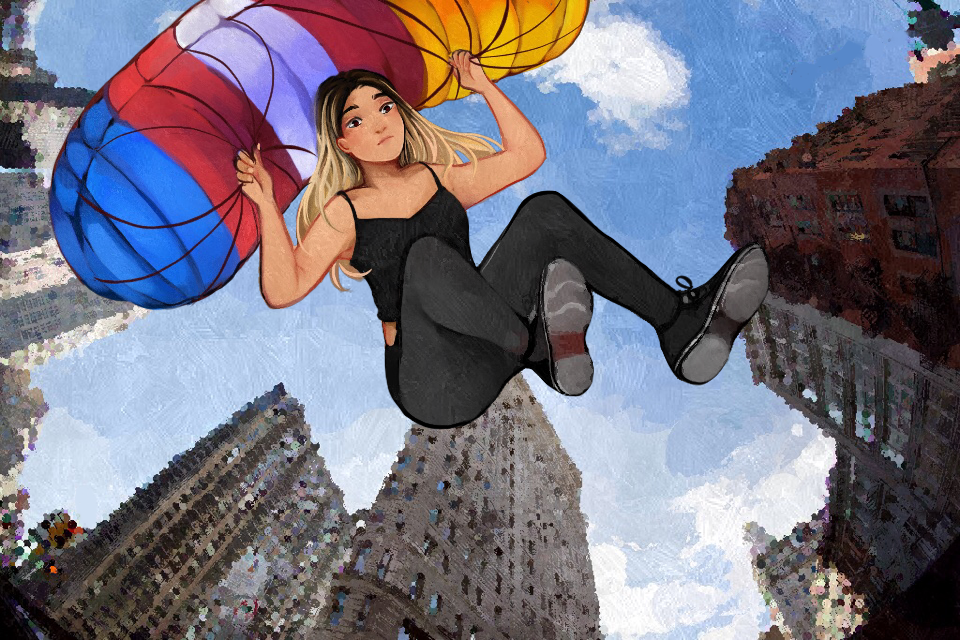 I knew as early as third grade that I would be sent abroad to the States for higher education. Like other “parachute kids” in Asia, my acceptance at an elite Western college became the project of my parents’ entire lives. It would eventually pave the way for my family to immigrate to join me. As soon as middle school started, I stopped following the regular track of my English classes and began studying for the TOEFL, an English proficiency exam for aspiring international students. I read English literature while my peers studied the present perfect tense. I missed school frequently to take extracurricular English classes and to meet with my education counselor.

In those early years, I didn’t fully understand what I was committing to. Everyone around me knew I was going to go abroad and envied me for lucking out of the rigorous Chinese college entrance exams that awaited them. I was considered a cool soon-to-be-American girl, with a glossy future that many of my peers could not imagine. I took the same pride in my special trajectory; as a single, spoiled child, I was the center of my parents’ universe, and within me, the sparks of their aging eyes flickered.

I left my childhood home on the southern coast of China when I was 13 and went to a small private boarding school in suburban Massachusetts. As we prepared for my departure, my parents and I never discussed or envisioned much beyond getting into college. The unspoken expectation was that I would get into a good American college after getting into a good American high school, and I didn’t worry much about what came next. I genuinely believed that whatever pretty diploma I got would make the rest of my future sail smoothly and bring my parents to this country.

By getting me into an elite American high school, my parents had reached their capacity. The American system was as foreign to them as it was to me when I first arrived six years ago with three suitcases and endless dreams. But high school, where we called our dorms “houses” and had “house parents” looking after us, was an extremely sheltered experience, and only at college did the feelings of true independence and loneliness hit me. Once I got to Columbia, not even the ever-so-caring arms of my parents could extend the 7,000 miles between us to help me. When I first began to unpack my cardboard boxes in Carman—after flying yet another 14 hours alone, going through yet another custom control alone, and crying because of sweat and stress alone—I realized that I, the parachute, had touched down on land.

As I approach the half-way mark of college, I have been feeling a growing apprehension over a future that is larger than my own. The night before course registration, I find myself hiding my tears during an hour-long conversation with my mother about what I am allowed and am not allowed to major in. Afterward, she sends me a message about how we must all make compromises with the world. Despite my frustration, I understand because she too has made many, perhaps too many, compromises for me to be here.

These days I often find myself in an internal battle, pulled in opposite directions by my urge to return home after college and my duty to my parents to create one here. I am terrified and ashamed to even mention the possibility of returning to Asia for work because I know that my private high school and Columbia diploma, along with an eventual American job and American house, are all pieces of a puzzle that my parents have burned out their lives to put together. I do not have the ability or right to tear apart this puzzle when the future of my parents and the promise of their leisurely, retired life in beautiful suburban America is contingent upon my success in this country. Being the parachute is a privilege and an honor. But it is also a path of no return; after all, who am I to decide that I can toss away the weight of all those years my parents sacrificed?

Once you let go of a parachute you don’t really expect it to return. Somewhere between the biannual flights across the Pacific in the past six years, the concept of home has become something that feels more like a dream than a reality. As I juggle the possibility of being both Chinese and American and the possibility of having two homes, the idea of a true home where I belong only seems to drift farther and farther from me.

Two years into adulthood, many things that I used to know unwaveringly have become murkier: The trajectory my parents mapped out for me years ago has reached its temporary end. Now it is up to me to make these decisions. On days when I feel absolutely anchorless, I remind myself how much of a privilege and an honor it is to be able to attend this college and to be in this country. I compare myself not only to my peers here but also to my friends from childhood. I remind myself not to take for granted that my education is guaranteed; that I get to hold multiple cultures, or memories of cultures, within me; and that I have my two parents as a safety web to fall onto.

My responsibility for the future of the people I love most weighs on me and pushes me forward. As the parachute seeks a home, the parachute stays afloat, unbound, onwards. Losing my Chinese home has been a slow pain that has haunted me constantly for the past six years, but it has also been a growing pain that has driven me to reconcile my guilt with a generation of sacrifice, to find agency in every departure, and to wake up and reach further, every single morning, to build a dream into a reality.

Enjoy leafing through our eleventh issue!