How to Meet Your Sister

How to Meet Your Sister 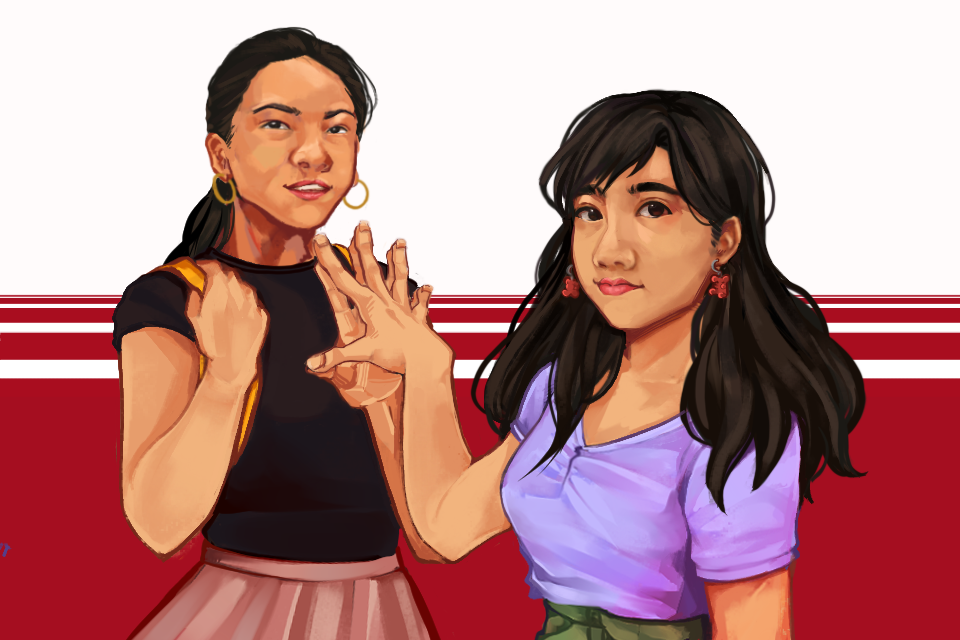 I’m sitting on the couch in the living room next to my older sister. We just met. Her name is Anna. We study each other’s fingers, which are skinny and long, with rounded tops. After a pause, we ask each other about food allergies and lactose intolerance. We’ll ask each other about shared feelings, but that’s later. She asks me if I like purses. She tells me that she has a collection. I’m not much of a purse person. She’s not into wide-leg pants.

In the late afternoon, our pairs of parents take us out for ramen. The waiter refills our glasses at least ten times and I have to pee. There’s a Japanese poster of Godzilla in the bathroom. When we’re alone, my mom asks me how I’m doing. I tell her I’m doing okay.

On Sunday, the second day, Anna and I take the train into Dumbo, Brooklyn. It’s sunny. My mom sends us off with water and sunblock and medicine for Anna’s migraines that morning.

This is her first time in New York. In the train station, I explain express versus local trains, why it’s not good to sit on the benches in the middle of the station. On the subway, we sit side by side. We don’t hold hands. We watch the people on the train. Some of them are on their phones, scratching their armpits, reading the newspaper. My sister asks me about a few of them, if I can infer anything about their lives just by looking at them. She drinks from her bottled water. I rub some more sunblock onto my arms. When we get out of the station, we walk down York Street, towards the park. I offer to take her picture. She takes mine.

We walk a little farther, out to the Manhattan Bridge, and then around to the rocks and the water. As she takes pictures of the river, I wonder about Lake Charles and the rain. I think about her dog, Leo. I imagine her driving and turning on the windshield wipers at night.

I look at the bridge and all the people walking and wonder about miracles.

When it feels like we’re starting to sunburn, we duck into a West Elm. We pause by a large mirror near the front of the store. I want to take a picture here.

“I kind of see it,” I say. It’s true. There’s something about the chin and what happens to our eyes when we smile. Mostly it’s in the fingers and the toes.

There aren’t many public bathrooms in Dumbo. Anna waits outside the Starbucks while I wait in line. A woman behind me tells me that the song playing in the store is “Papa Don’t Preach” by Madonna.

We take the 1 train uptown and I show Anna where I go to school. It’s summer, and the campus is mostly empty. Besides us, there’s no one on the second floor of Diana. We look out the window. I ask her if she wants Shake Shack. We sit by the window. Anna gets ketchup and the cashier forgets our order.

“I feel comfortable with you,” she says. “It feels natural.”

There are only a couple of other people sitting around us. A father and a daughter. Or maybe an uncle and a niece. Or friends. I’m not sure. I wonder if people looking at us can tell what we are. We dip our french fries and look out onto the street.

When we get home, our parents are there: mine and hers. Our siblings, too. Her older brother and my younger sister. Anna falls asleep on the couch next to me while our parents compare baby pictures. The photos are black and white. We don’t look alike here.

I remember a couple days before today, before Anna and her family rang the doorbell to my apartment, before I saw her for the first time. I felt restless and irritable. I passed out. When I woke up, my mom was next to me, trying to help me calm down. I told her I wasn’t nervous.

I think back before then, to the morning of March 22, when I’d woken up to the email from 23andMe: “Willa, a relative has sent you a new message.”

On the last day, we both cried. We held each other and said “goodbye” again.

Anna is back in Lake Charles now. I’m here. I’m sitting in a green chair in a library in New York City. The bees outside hover over the flowers. The sun is out.

I look at my hands. I wonder about Anna, sitting 1,500 miles away, and if we share this.