How Do You Clap Back at a Middle-Aged Family Member Who Posts Hate About You on Instagram?

How Do You Clap Back at a Middle-Aged Family Member Who Posts Hate About You on Instagram? 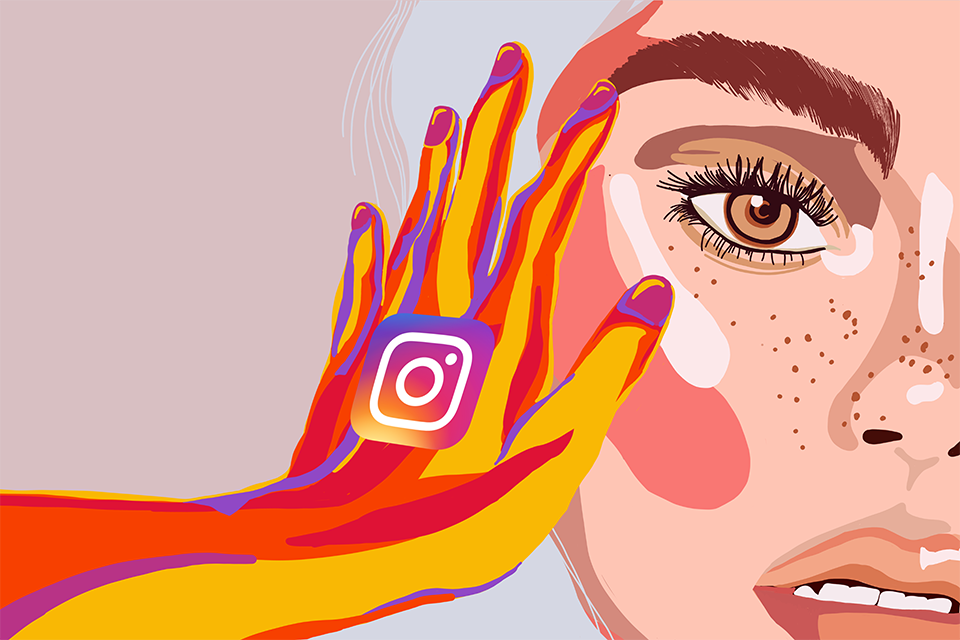 “For anyone thinking of getting a one or two word tattoo, or inane punctuation mark or symbol, might I suggest this word. #Insipid. It best describes your exhibitionist longing for attention and your hollow soul. If you are it, you don’t have to write it, on your body. If your not it, your Not it.”

This is a fragment of a caption from an Instagram post dated February 26, the first post I happened to click on from the account “fakepoetpolice.” I saw the caption in March, the night before I returned to Columbia. Spring break was officially over.

I’d like to say that I rose above the social media hate, but that would be a lie. I tried to block the account, but my finger faltered over those three dots. Instead, I sat on my mother’s bed and cried as I had cried in middle school when a girl in class said mean things to me. This situation honestly did not feel that different.

At least my middle school bully had a face. I was desperate to know who was behind fakepoetpolice—who had proclaimed themselves purveyor of my art, my body, and myself. If we were to go to battle on social media, then ‘twere best it be done fairly. If they were to air out my identity, they had some responsibility to expose theirs in turn. So I took to preliminary research. I examined the accounts of each of the 29 followers. Most of them had privacy settings on, giving me little information. I sifted through likes and comments, clicking on each follower one by one.

And then, two of my aunts’ faces. Smiling at me from my phone screen. We made virtual eye contact, and my own surname stared up at me, mocking me, calling me foolish. I was still crying, but now I was crying for a different reason. Not quite sadness, not quite anger, and definitely not self-pity. I was stumped. What kind of aunt mocks her niece over Instagram?

The following hours looked something like this: I hugged my mom more than I needed to. I got my father on the phone. (He told me that he would handle it, and that my sense of self-worth was stronger than any one person’s hate. I believed him, but that didn’t change the fact that it happened in the first place.) I considered screaming from a rooftop. I told myself that every family is crazy, not just mine. I failed to sleep, despite laying in bed for hours. I stared at the ceiling instead.

After sending a strongly worded email to my uncle, I received an apology for his wife’s actions. “Her behavior is unacceptable as to anyone, let alone a family member,” he wrote. “I don’t understand it.”

In the first few frantic hours after I discovered the account, I considered canceling my train back to New York. My aunt lived all of 20 minutes outside of Manhattan and suddenly seemed to have claimed the state. But I knew I would feel the hate from Instagram lurking over my shoulder no matter where I went. I sensed it reaching out from my phone screen to grab me whenever I was not paying attention.

I returned to Columbia and lived in fear of everything outside of the main gates, outside of the forest of emergency blue lights. New York is the perfect place to hide and to lose yourself in a crowd. But the anonymity I had taken comfort in also meant that my aunt could be lurking. Looking for me. Judging me. Finding me banal.

I had never known such paranoia. I told myself I was being ridiculous. I considered myself a target. You’re overreacting, I would repeat internally. You’re no more of a target than you’ve always been. This mantra never stuck.

My father and I are not related to his family by blood, and my dynamic with my extended family has never gone beyond cordial pleasantries. As such, I had no particular fondness for my surname—I just let it tag along with the rest of my name, rather than taking any active steps to let it go.

At Columbia, I intended to set myself free. I introduced myself as Jade Justice, no Chlapowski in sight. I changed all my social media handles. If I told my new friends that I was Jade Justice, then I was Jade Justice. No further explanation was necessary. Here at Columbia, Jade Justice writes poetry. Here, she has tattoos and wears clothes that suit her happiness but may not suit the New York weather. She finds the comfort of home in the trees of Riverside Park. She creates a new home for herself in the Manhattan skyline.

In my poetry workshop, we talk about a letter written by T.S. Eliot, Tradition and The Individual Talent, in which he writes, “No poet, no artist of any art, has his complete meaning alone. His significance, his appreciation is the appreciation of his relation to the dead poets and artists.” Basically, nothing we do at this point is entirely original. Eliot also writes, “We might remind ourselves that criticism is as inevitable as breathing,” which in modern day terms translates to: “Relax, we all have a hate account dedicated to us at some point.”

But I’m not immune to insult. So months later, I ask, how does one clap back at a middle-aged family member who posts hate about you on Instagram? I am choosing to simply write about it. I wonder if writing in and of itself is an act of defiance. Maybe it’s banal, but there’s more than one way to be unoriginal.