Portrait of My Mother As an Arts ‘Dum Dum’

Portrait of My Mother As an Arts ‘Dum Dum’ 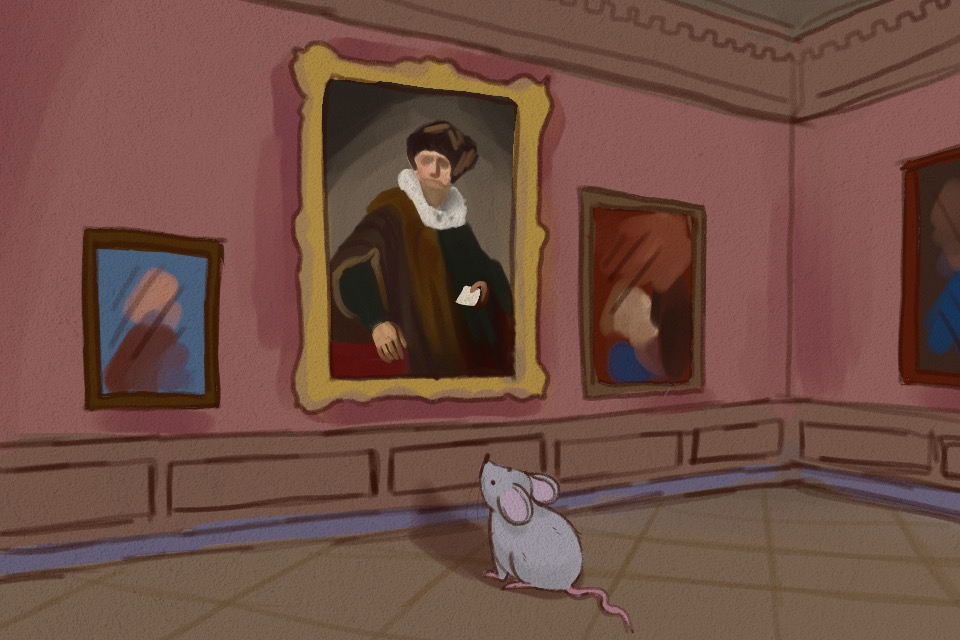 “Oh, my God, that’s a Rembrandt!” my mom half-shouted, waving her hand close enough to the portrait of Nicolaes Ruts to get a stern look from museum security. “I love Rembrandt.”

She had been visiting me in 2016 at the end of my first semester at Columbia. After living in New York for almost five months, I wanted to be the expert travel guide, but I was quickly running out of things to show her.

Earlier in the day, we had hit the Museum of Modern Art, and now I was frantically searching for another museum like a hunted animal scrambling for shelter.

We ambled along Museum Mile, up to Seventieth and Fifth—The Frick. I had read about it, the mansion of a Gilded Age iron and steel billionaire turned into an art museum. I shepherded my family inside, grateful that I’d staved off the uncertainty and boredom of doing nothing in a city that has everything.

Instead, as we wandered the galleries, I learned about my mother’s love for Rembrandt.

My mom describes herself as a “country mouse,” a “rube,” and a “dum dum.” She’s partially right—about being a “country mouse” and a “rube.” She was born, raised, and never moved out of southern Maryland. She’s more accustomed to cleaning out a blue crab than discussing the particulars of fine art.

Growing up, every anecdote my parents told us kids was intended to teach a lesson.

My mom’s personal experience of “dropping out of high school because I got a full-time job as a keypunch operator, getting my GED later, and then spending the next decade going to college classes at night to get my computer programming degree” wasn’t a story about her; it was a fable to teach her kids to get an education.

We weren’t supposed to ask how the tortoise felt while he trudged along after the hare. The tortoise only existed to show us that “slow and steady wins the race.” My mom existed to me not as a person, but as an encyclopedia filled with the values she wanted to teach us.

On an uncomfortably warm October afternoon nearly two years after the Frick visit, I was on the phone with my mom. I don’t remember who called whom. My grandfather, Pop, had died in February and had just been buried in Arlington, Virginia—those eight months were a blur of reaching out to each other.

“I wish I knew more about my mom,” she said, her voice cracking on “mom.”

“You made that whole photo album book about Pop, and because of that, I feel like I know more about his life.”

She meant a book I had made as a high school junior for my English class about Pop—her dad. I’ve long forgotten the details of whatever the assignment was, but it forced me to rummage through old family photo albums and record what he had to say about himself. And after all my hours of pestering Pop, I put together some semblance of a narrative about him—growing up as the son of Italian immigrants in Baltimore, clearing naval mines off the coast of Normandy the morning before D-Day, evacuating refugees during the Korean War, being in the local paper for catching a record-setting giant blue crab—stories straight from the source.

“You mean about her, as a person?” I asked. “Who she was outside of being a wife and mother?”

“Yes!” my mom shouted. Almost everything that comes out of her is a shout.

“Why do you think I bother you with so many questions?” My voice rose in frustration. “About your life, the music you listened to, the cartoons you loved, the places you’ve gone to?” I took a beat to burst into tears. “Do you see why that matters to me?”

“It’s hard to imagine you’d want to know about little old me!”

I laughed as I bunched up the sleeve of my coat to wipe my eyes. “You really are a dum dum sometimes.”

In the summer of 2018, my mom started one of those social media challenges where, for ten days, once a day she would post one of her favorite albums—she called them her “bestest” albums—with a little explanation as to why. She lasted three days, posted three albums:

Lowell George’s Thanks, I’ll Eat It Here: “I like this because I’m depressed, and it’s nice to go back to happier times. This was Lowell’s only solo album after Little Feat, and he died shortly after finishing it. I still have it!”

The Beatles’ Revolver: “We had seven kids in our tiny house in Town Creek, and my 4 brothers had one room, it looked like a hospital ward, but they had a record player, and I would go back there and play their albums.”

The Beach Boys’ Endless Summer: “Albums to me are like rings of a tree. Each album marks a time in my life and brings me back to a certain year. My mom let me take a month off of school in 10th grade to travel to sunny California, and amazingly, I was inducted into NHS when I returned only to quit after 11th grade cause my part-time job turned into a full-time job. In sunny Cali, I ate my first taco and experienced what their lyrics meant. I saw them in concert at the Cap Centre in ‘75. A far cry from ol’ St. Mary’s county and Great Mills High.”

I loved these posts. I pestered her for months afterwards to finish the list, and even now, I still occasionally ask.

The last time I saw her was in August, during that three week lull between summer and fall classes. My visits home have a comforting routine to them—blue crabs and 10-ounce Bud Lites in the summer, oysters in the months that have an “r” in their names, early mornings taking care of the horses, Super Smash Brothers with my little brother on the old Nintendo 64.

On one of my last nights there, I was sitting at the kitchen table in “her” chair—the best one because of an unabridged copy of the dictionary on the seat. I heard the telltale rapid-fire footfalls of my mom bounding down the stairs, followed by her “mmmMMM” and accompanying hand wave, shooing me out of her chair. As I got up, she rummaged through her apron pockets, handing me a few small pieces of paper—ticket stubs from the Capital Center. Beach Boys in 1975. George Harrison in 1973. Fleetwood Mac in 1974.

My eyes welled up automatically. “Where did you have these?”

“I was just keeping them.” She took a moment to settle on her dictionary booster seat. “You kept asking me about my favorite albums, and well, I thought you’d like them.”

“I love them. Holy shit, you paid seven dollars to see Fleetwood Mac?”

“It was the seventies!” She adjusted her black framed glasses, like the ones worn by the old man in the movie Up. “It wasn’t Rembrant, but getting to see them in concert was the closest we got to being cultured back then.”