The First of Many Sundays

The First of Many Sundays 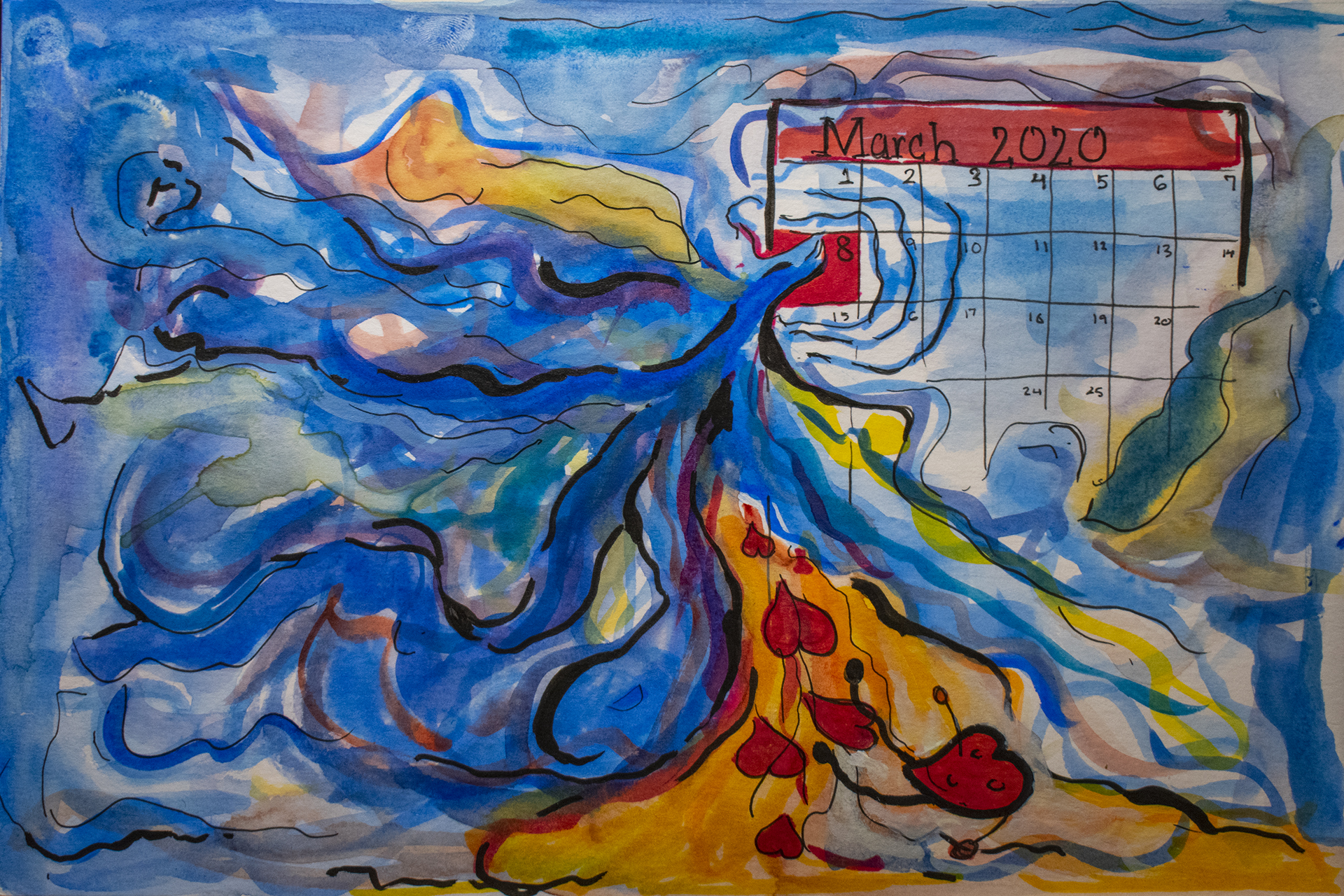 I’ve always liked Sundays. Weekdays are packed with obligations and Saturdays quickly fill up with activities, but on Sundays I have time to exist alone—long mornings, complete breakfasts, and productivity on my own terms. March 8 was shaping up to be a pretty good Sunday. Sure, my anxiety had me on edge—the coronavirus headlines were inescapable and rumors of classes moving online after spring break were rampant—but the sun brightened the farmer’s market stands on Broadway, so I basked in the fragile optimism that the virus might not hit New York too hard.

As I sat down to read on the empty ledge of Low Steps that morning, I could see flakes already forming on the skin of my hands from compulsive, anxious hand-washing. I called my mother as I looked over the South Lawn, and we talked about whether I should still board my flight home for spring break if I might be at risk of carrying the virus. She disagreed, saying I’d be worse off staying in New York if things really got bad. I took a long look at the campus before I walked back down the steps.

Like a lot of people that day, I went about my business with a cloud of uncertainty above me. I met with my editors and optimistically scheduled interviews into my calendar, half-heartedly attempted to give my attention to Don Quixote, and shared uneasy laughter over the thought of an elongated spring break during lunch with some friends. By the time I returned to my room in the late afternoon, the cloud of uncertainty became a fog of disquiet. I live in a brownstone with 14 other people, but that night, the house fell eerily silent as I sat scrolling on my bed, even less motivated to work than usual. It was the calm before the storm.

My stomach dropped. This was no longer theoretical: Someone was quarantining on campus after his parents tested positive for COVID-19. My mind raced—I hadn’t been around him personally, but I had friends who had, and this meant that personal exposure was a real possibility. The morning’s anxiety was the current reality: I was a liability, and my risks of carrying this virus would increase every day I remained in New York. I called my parents to see how they felt about my spring break flight. When my stepfather answered, I didn’t even get a chance to say hello before he started talking.

It wasn’t about the virus. He told me that not 10 minutes before I called, he got the news that one of his closest lifelong friends had been fatally hit by a car after leaving a concert. He was like family to me and my parents. This was the worst kind of loss; the kind so random and unjust that we can’t even believe it happened, let alone make peace with it.

Now, the fog of disconcerting calm had lifted and it was time to react. My mom wanted me to come home the next morning, but I hesitated as I worried about putting them at risk. That didn’t last long; my mother’s instincts are strong and her opinions are stronger, so the choice was clear. I was ready to miss a week of classes, cancel three interviews for an article I was writing, and say an indefinite goodbye to my entire community.

By the time I got on my laptop to move my spring break flight to 9 a.m. the next morning, University President Lee Bollinger’s email announced that in-person classes were canceled anyway. The airline’s website crashed when I tried to pay for the switch, so I called customer support and listened to vanilla-pop hold music for close to 30 minutes (“Dance Monkey” by Tones and I played twice, as luck would have it) as I threw clothes into my suitcase.

The word “surreal” doesn’t begin to describe the reality I had stepped into during that hour; it doesn’t communicate the pain of the chaos or the laser-focused resolve it created in my brain.

I cried that night for the first time in months—not a sob, but tears punctuated by a sort of laughter at the absurdity of it all.

My Sunday that began with sun-lit reading ended with a tragic death and evacuating from college—not to mention having to endure a tinny, call-center rendition of Meghan Trainor’s latest song so I could beg someone to let me give their airline more of my money. I mostly packed clothes and essentials—this couldn’t last all the way to May, could it? I packed my passport just in case.

It’s been 16 days since that frantic night, and they’ve all felt like Sundays. I eat very slow breakfasts and I am productive on my own terms. I spend time with myself without feeling lonely—most of the time. My stepdad is coping with loss, and I’m happy that we can watch what looks like the world falling apart with the comfort of our home and family. I can do Sundays for a little while, continuing to hold out hope—as fragile as it may be—that the rest of our society doesn’t suffer as much as it could.