Taking a Look at the World Through Takeout Menus

Taking a Look at the World Through Takeout Menus 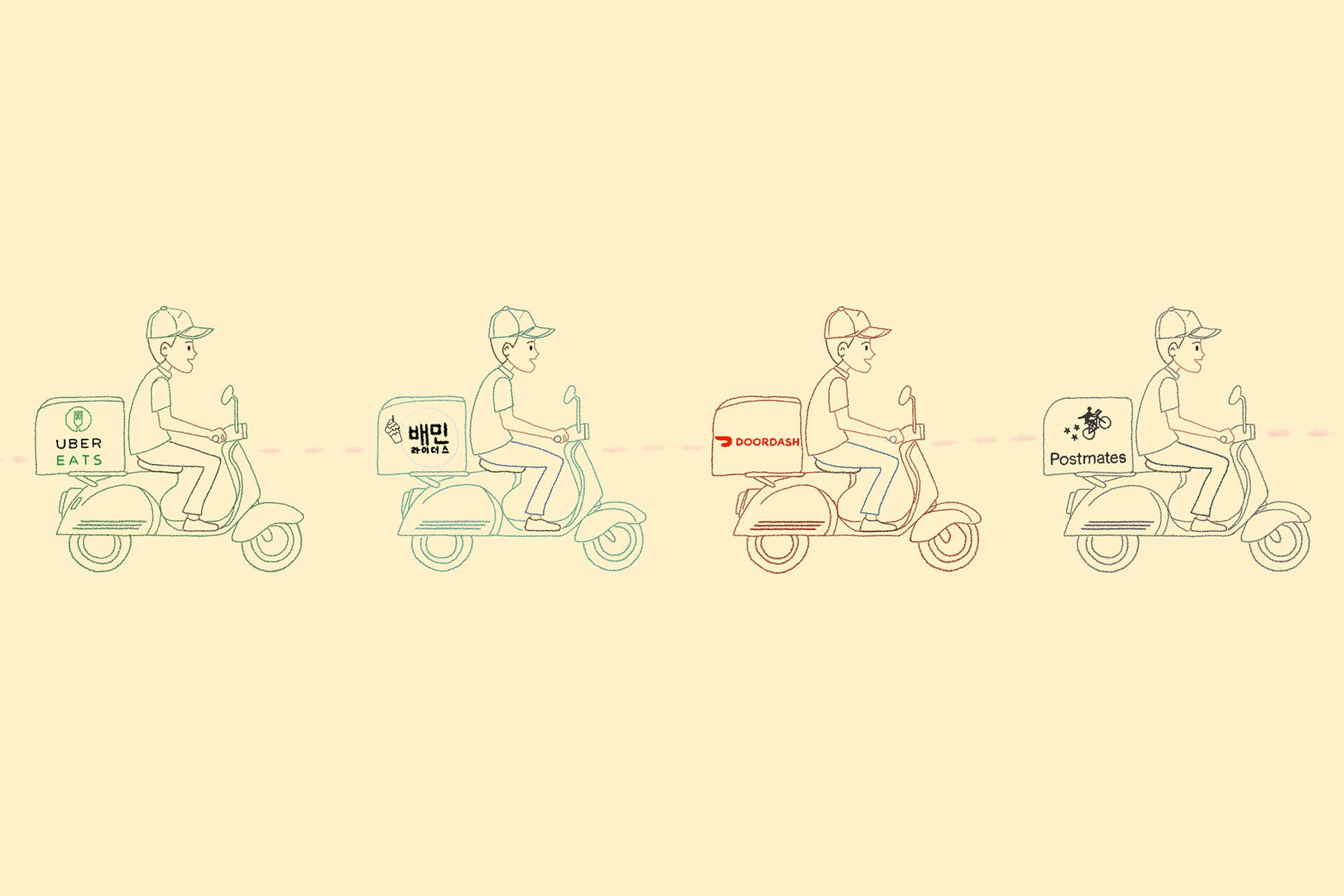 In my living room sits a pile of takeout menus—about 7,000 of them—representing every cuisine I can think of. The average household probably only has a handful of takeout menus sitting around the kitchen, or maybe a few slapped on refrigerators for convenience, yet I have developed a bizarre fascination with these pieces of paper.

I acknowledge it’s atypical. I know people who really despise takeout menus. Some people even put up signs on their Manhattan apartments to ban delivery people from slipping them under their door. I definitely have never met anyone so inclined to travel an hour to a new area just to collect takeout menus.

Whenever I tell people about my obsession with collecting these seemingly worthless artifacts, I am met with the obligatory “Why?” followed by a series of questions like, “What do you even get out of collecting these pieces of paper?”

And finally, here’s my answer.

Whenever I go to a new restaurant, town, state, or country, I compulsively search for these pieces of paper as if they are covered in gold. My collection spans about half the states and at least 10 countries, representing over 100 unique cuisines from Bhutanese to Nigerian to Mongolian. Some menus are designed on the finest, smoothest paper, while others are printed on printer paper with someone else’s order scribbled in the upper left corner. Some include extensive descriptions of dishes, and some lack a single word of English. Some are six pages long, and some have only five dishes.

Despite these differences, every menu tells a story. Each dish is purposely chosen to unearth narratives about the owners and the cuisine at large.

I vividly remember the orange and black illustrations on one of the first new takeout menus I acquired as a college student: Kashkar Cafe in Brighton Beach, Brooklyn. On a solo trip to this Russian and Central Asian enclave of Brooklyn, I stumbled across an old-fashioned yet vibrant eatery with Central Asian ornamental patterns elegantly displayed on its bright orange sign. Picking up a takeout menu, I soon found myself immersed in the secrets of Uyghur cooking, an unfamiliar cuisine to most Americans. From spicy and herbal dapanji to homey lagman, hand-pulled noodles with tomato and beef, Cafe Kashkar’s menu drew me in and led me to order a bowl of lagman with yutaza, steamed bread from Xinjiang.

Upon ordering, the amiable owner, perhaps a bit confused as to why a college student from Columbia would travel all this way for Uyghur food, enlightened me with an overview of the 2,000-year history of Kashgar, one of China’s westernmost cities. In broken English, he chronicled the city’s complicated history from the Silk Road up to the last few decades when the predominantly Muslim city faced violence and ethnic tensions. And for much of the city’s history, residents have been slurping down lagman, mutton kebabs, and circular naan flatbread present on the menu, these dishes a fusion between Chinese, Kyrgyz, and Uzbek cuisines.

And after his history lesson, I savored the food even more.

With each new menu I stuff into my backpack, I discover a part of the world with which I am unfamiliar, learning about the history, geography, religious values, and modern-day culture of these regions just by looking closely at dishes. While in search of these menus, I have learned basic phrases in many languages, conversed with hundreds of chefs and owners, and developed an understanding about how food can unite people from different backgrounds while dispelling stereotypes.

In a time when many restaurants are struggling to stay open during the coronavirus pandemic, these takeout menus become a symbol of hope. After speaking with restaurant owners facing such predicaments over the past few weeks, I look at my collection of takeout menus, pick up one for a local restaurant, and place an order for delivery.

While I wait for my food, I browse through takeout menus I acquired in college, remembering simpler times. Growing up on the Queens-Nassau County border, I became immersed in New York’s heterogeneous food scene early on. The Yelp account I excitedly created at age 14 told of my teenage adventures throughout the tri-state area in search of the most off-the-beaten-path restaurants (though nobody knew my age, since I was invited to numerous 18+ Yelp meetups), and my now defunct foodstagram captured everything from Ghanaian fufu to Peruvian-Chinese chicken and rice.

I went out of my way to find the back alley Indian food cart, the Himalayan restaurant in the back of a phone store, and the Fuzhounese café in the basement of a tiny shopping mall. Although the college student budget prohibited me from venturing on weekly food crawls, I tried to search for new and culturally enticing areas of the city to explore when I came to Columbia, finding rather hidden enclaves like Staten Island’s Little Sri Lanka, New York’s dozen Chinatowns, and Harlem’s Little Senegal. Even a 15-minute walk down Columbus Avenue while collecting menus exposed me to the rich culinary secrets of the Upper West Side.

I note the culturally significant options on the menus like Sri Lankan kotthu roti, Tibetan thali, and Israeli shakshouka, each dish giving me insight into each culture and revealing hints of the owner’s personality. Why include Italian pastas on an Argentinian menu? Why use only vegetables in a Moroccan tagine? Why offer Puerto Rican dishes at a Hibachi steakhouse?

In my first semester of college, I bonded with students from many different countries just by sharing my experiences of trying the cuisine from their home country. By spending a few minutes researching dishes on these takeout menus, I find myself closer to the food landscape of the world than before I began.

When I finally received the food I ordered from that local menu I collected all those years ago, I feel closer to the thousands of narratives, the chefs and waitstaff, and the cuisine of all those restaurants I now long to experience again and farther than ever from the rampant xenophobia of East Asians, the fear, and the virus.