Online Classes Are Not New at Columbia—But Amid the Pandemic, They Look Different.

Online Classes Are Not New at Columbia—But Amid the Pandemic, They Look Different. 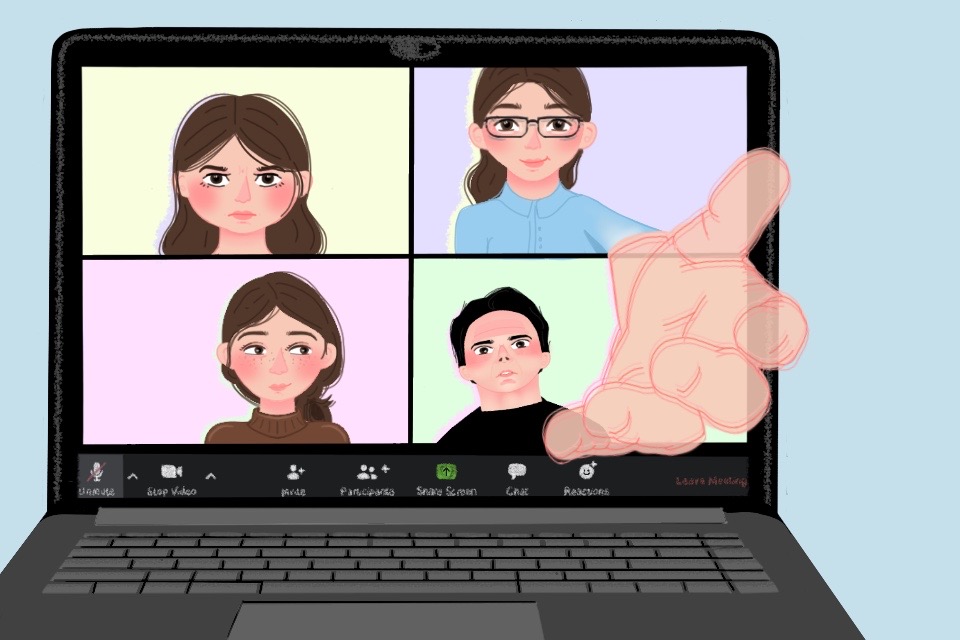 For many students, the transition to taking classes online on Zoom has upturned what it means to be at a university. Many op-eds and columns have been written about the negative impacts of the coronavirus outbreak—be that personal loss, stress about job security, or a generalized feeling of loneliness. The pandemic has deeply impacted how students interact with each other, both in and outside the classroom.

“I spent my first year online from Washington, D.C.,” Boling says, “I had a job I really loved at the time, and [it] made sense to stay there and get the best of both worlds.” Now—only a month away from graduating—she is back in a virtual classroom, along with the rest of the University now.

Following University President Bollinger’s announcement in March that the rest of the semester would remain online, many students and professors have been forced to adapt to the new online format. However, this is not the first time that Columbia has had online courses.

Previously, Columbia has already provided online courses two different ways. One way is through mass online open courses on platforms like Coursera, edX (ColumbiaX), Canvas Network, and Kadenze that provide hundreds of online classes from different universities both for free and for a charge. The other way is through online programs provided by Columbia graduate schools.They are hosted on different platforms, like the Columbia Video Network (CVN), which is used by the graduate SEAS program, but are academically similar to Zoom classes.

For students in designated online classes, however, the social experience of learning online is hard to compare to the experience of residential learning. Traditionally, online students might take their classes anywhere from California to Washington, D.C. Many online students form connections with other students in different ways that allow them to embrace the flexibility that online learning provides, but it makes the little things—like grabbing a drink together or chatting after class—that help build friendships impossible.

Amid the pandemic and countless questions about how connections can be forged in online classrooms, taking online classes—and being part of the Columbia community virtually—is not a foreign idea. Columbia’s courses that were designed to be online are similar to the Zoom classes all students take now, so the little moments that help shape relationships are not available. Amid the pandemic, all our connections have been challenged, be that within and outside of the classroom.

Robertson’s in-person and online courses are planned very similarly, but the class dynamics are somewhat different. For example, he mentions that there is a higher rate of participation in online classes. In his words, “It’s a little harder to hide out in an online classroom if you’ve got a classroom of 25 students.” In his class, he ensures that “there’s some accountability to interact with at least the chat or the microphone, during every class.”

Aside from added technological concerns, traditional online classes create learning environments that are very similar to in-person learning. However, facets like office hours and lectures do not translate perfectly online.

Before this semester, another online learning opportunity at Columbia came in the form of an online-hybrid course. Donald Ferguson, a professor of computer science, teaches a course called Introduction to Databases. The class consists of three sections: one section is the in-person lecture format; another is offered through CVN; the third allows students to view lecture recordings online rather than going in-person—the “hybrid” section.

Like Robertson, Ferguson says that online and in-person learning are very similar. “There’s really no distinction between the regular session, the hybrid section, and the video sections. [It’s] the same homework. It’s the same exams. It’s the same TA’s,” Ferguson says. However, the interactions he has with students between these sections does differ in terms of office hours.

“I have to be conscious of the fact that in addition to having extra in-person office hours, I also have to make sure that I have online office hours.”

Online and over Zoom, office hours are much different than in person. Ferguson points out the missing body language cues, facial expressions, and verbal interactions over Zoom. He says that, when face-to-face, he is able to see if someone is confused. If someone raises their hand in the middle of an explanation, Ferguson sees this as a sign that he is not making sense.

“These Zoom meetings are multi-party meetings, but they tend to be one person talks and everyone watches. And if you ever watch real people in a conversation, a room, that’s not the way the conversation goes. It’s a lot more multi-party cross talk,” Ferguson says, “And so the modality of interaction is different—it’s just much different.” These issues extend into online lecture as well, when he cannot see when he is not making sense, or going too fast or too slow. 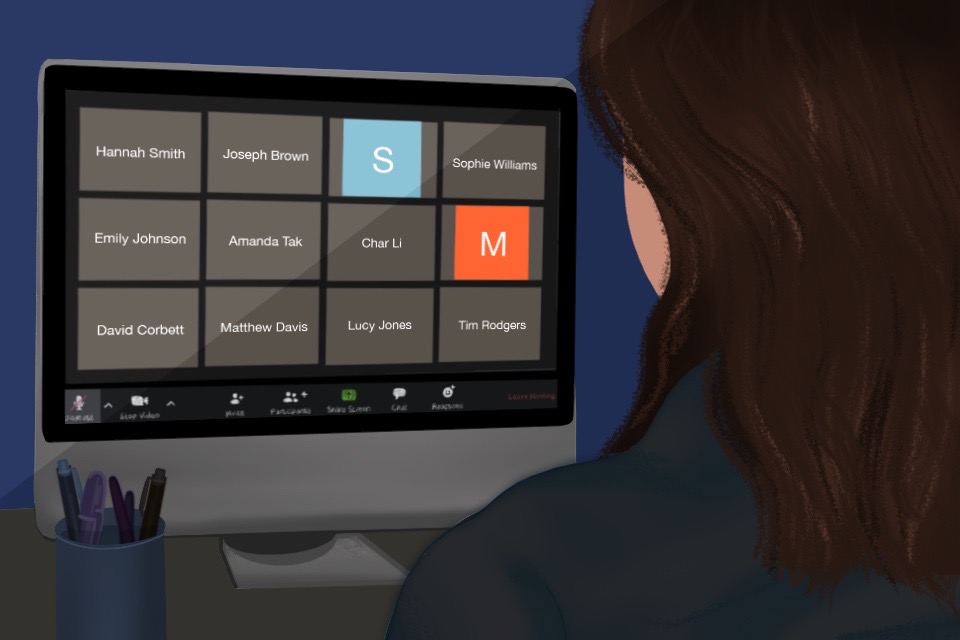 Ara Peterson, a senior in the School of Engineering and Applied Science and a teaching assistant for Ferguson’s Introduction to Databases class, has noticed slower office hours and different professor-student interactions during lecture after transitioning to Zoom. “You’re not seeing people, and their videos aren’t on, and they’re not asking questions. So sometimes it can feel like you’re just looking at a screen with your professor, and that’s about it.”

With online classes, not only are student-professor interactions different, but the wide geographic distribution also impacts the virtual classroom. The School of Social Work’s program is only offered within the United States so Robertson has never had to manage wildly different time zones for his classes prior to this semester.

Boling, for example, took Robertson’s class while working in Washington D.C. and made friends with her peers online. Boling forged close friendships online. She says that “In some ways, I think in a strange way that was very connecting to feel that we are all living in very different areas, but we're all sitting in this one space at this one time,” she adds that “And that was almost a bonding experience in a lot of ways.”

Not all students are like Boling and find the same sense of community online. “It's a lot more lonely being an online student,” Yasmin Campos-Mendez, another student in the School of Social Work, says. She is spending her second year earning her master’s in social work, taking online classes while completing a policy fellowship at the National Network to End Domestic Violence. “You kind of have to just get creative and reach out to other students,” Campos-Mendez claims.

While she was on campus, Campos-Mendez was active in both the Latinx Caucus and the Policy Caucus at the School of Social Work. While she says that she has not been able to stay active in the Latinx Caucus, she is still involved in the Policy Caucus. She enjoys seeing familiar faces online in these activities. Unlike students taking classes on campus, online students cannot participate in as many clubs or on-campus opportunities. It seems that the connection to the physical campus and emotional connection to the community is related.

“I know for a lot of online students, they have no interest in being in New York, and they want to be with their families and their friends. They want to be serving the communities they're in,” Boling adds.

Similarly, Boling herself had her own community of friends while taking classes online in D.C. “I was in the online program, I had a very relatively stable living environment in a city I loved and a lot of really great friends,” she says. She even had the opportunity to travel from California and Germany to Prague, Belgium, and Luxembourg, allowing her to “still fully be present” while all around the world. These opportunities are sadly unavailable now in the era of the coronavirus. 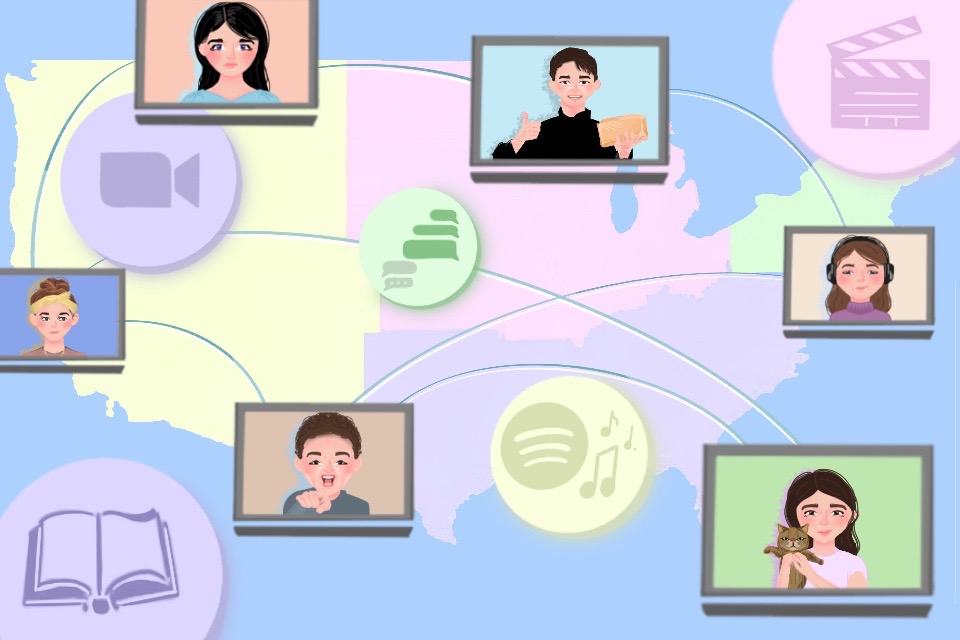 From Residential to Remote

Perhaps the most significant difference that separates online classes now from and those in the past is the context of the coronavirus pandemic.

Marco Avella Medina, an assistant professor in the department of statistics, speaks to the constraints to being home. “It restricts your life to being home most of the time, and it separates you somehow from your colleagues,” he says. Though he has also been able to get more work done, Avella Medina is no longer able to meet up with colleagues, be that for coffee or a seminar.

Yoshiko Iwai, who is earning her master of fine arts in creative nonfiction and her master of science in narrative medicine, points out how she was able to form connections with people before going online for the semester: “I feel like I was able to establish relationships with both students and faculty before having to move virtual. And that definitely created a sense of commitment to the room and to the people to continue checking in when we did go online.”

Similarly, Alice Liu a student in the School of Social Work who has taken online classes every semester, voices that the pandemic makes these online courses different from those she has taken in the past. Because of the heightened stress, she says that people are checking in on each other before class. “The professors on Zoom—which is the supposedly in-person class now changed to online classes—are trying very hard to learn the new application and do trauma-informed best practices to run the class online,” Liu says. She also adds that her professors for designed online classes also do this, but the stress level caused by the pandemic is the most dramatic change.

Looking forward, classes will be online for the Summer 2020 term. Anthony Donoghue, a professor for the department of statistics, expresses concern that he will not be able to meet his students in person before conducting class online. “I guess the advantage I have right now is we’re halfway through the class of this course of the semester when this happened. So we kind of feel comfortable with each other,” Donoghue says, “So it could be an issue coming into the summer, having not met in the same room.”

Boling, now that she has been on campus, is able to continue the friendships made in New York since “Having gone residential to remote, I think it's easier than not to have had that connection and carry that connection into now being stuck in my apartment 24/7.”

Peterson is taking a course this semester that was supposed to start the week before spring break. But because classes were cancelled at the beginning of that week and then immediately went online, she did not have the opportunity to get to know her peers in that class—she never met them in person. Now, she believes this will impact her ability to get to know others in the class, “I think that [I] definitely would have met people just because there were some like team-based, project-based elements to this class” she says, adding that this group work will no longer be included.

With all summer classes online, both professors and students will be forced to continue to restrict their communication to the computer screen. Therefore, those classes may look more like traditional online classes than Zoom classes.