From Time to Time

From Time to Time 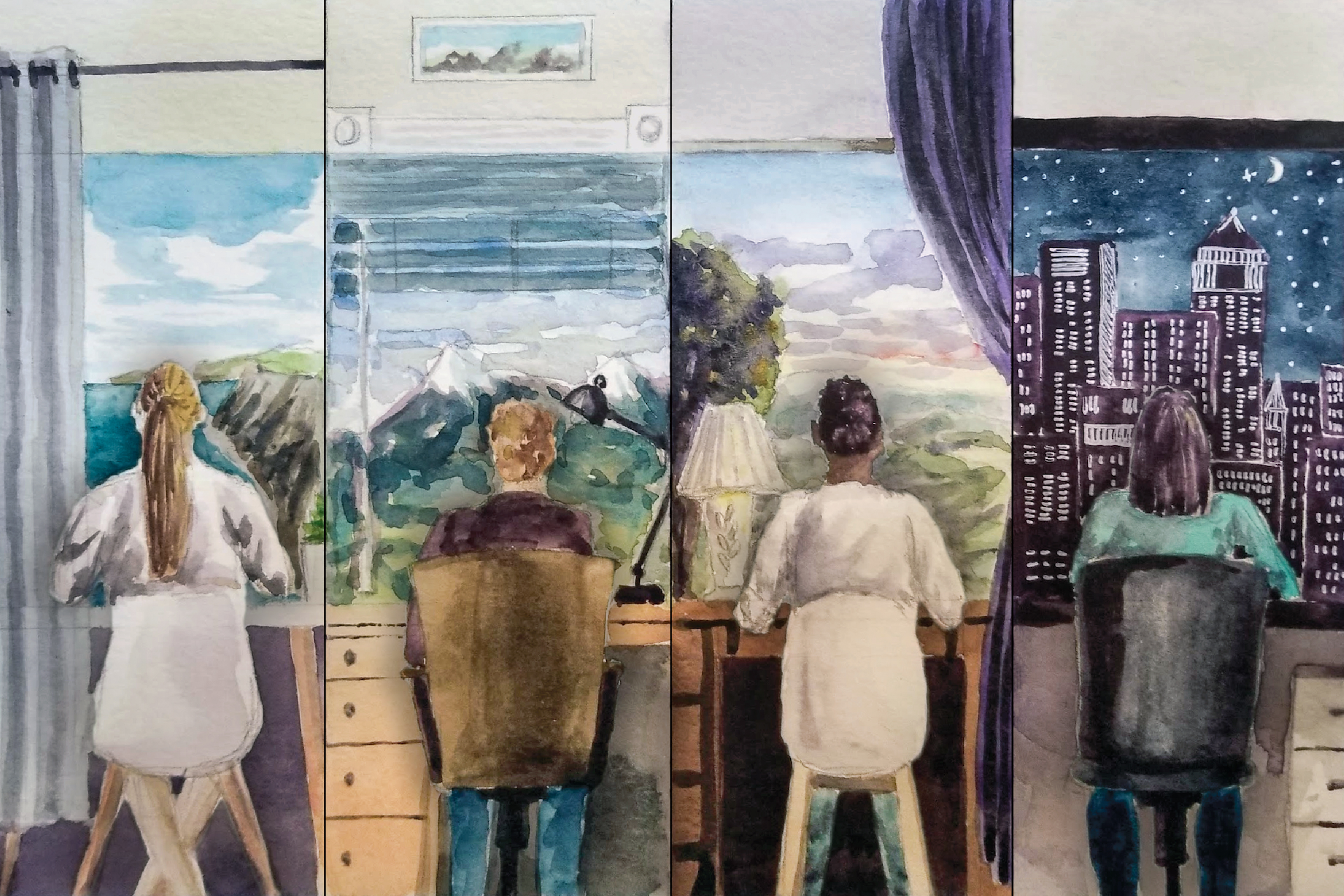 The Zoom call—an excuse to drink and laugh and talk after a day stuffed with online seminars—ends for me at 9 p.m. My friends have work tomorrow, or school, and it’s two hours later for them. I have school too, but nine feels early. I wander downstairs, break squares from one of the chocolate bars my mom keeps in the back of a kitchen cupboard, and take a short walk through my dark neighborhood, searching for signs of stars behind a curtain of haze.

The smoke in the sky comes from the fires burning in the northwest of my state, Colorado, and those hundreds of miles away along the Pacific coast. On the call earlier, I mentioned the air quality alert on my phone’s weather app; my friends in Maine jokingly bragged about their safer atmosphere. My air is different from theirs and has different effects. My time is different, too.

A month or so ago, the New York Times Magazine ran a piece about the pleasures of living in Mountain time. The essay was lovely. I did, however, chafe at the writer’s assertion that, for coast-dwellers, the idea of living in the Mountain West “seems somewhat inexplicable — especially when they find themselves in the improbable position of placing a call to Denver or Salt Lake City. ‘Wait,’ these coastal suits are forced to ask their assistants, ‘what time is it there again?’” I field plenty of calls from New Yorkers and Californians, and they’re capable of subtracting two hours or adding one to convert from coastal time zones to mine.

I do feel slightly untethered from their schedules—a step closer or further from dinner or bedtime. Some of my classes are now significantly earlier (the distance between 8 a.m. and 10 a.m., as any college student knows, is somehow infinitely greater than 120 minutes). Unlike students living oceans away from New York, however, I am not struggling with seminars in the middle of the night. Rather, I am standing on a bit of an iceberg that has broken off from the rest, floating along closely enough to communicate with those still standing on the larger body, but absorbed in my own separate currents and pulls.

Spending blocks of days at home with little in-person interaction has brought my attention to the various qualities of passing time: It can feel frantic, the way it has in the past week as I’ve reoriented myself from watching Succession for the bulk of the day to reading monographs about early Christianity; or it can feel threateningly slow, filled with a looming emptiness. Every summer, I rediscover the afternoon blues that pounce between about 1 and 4:30 p.m. daily. Those hours are so long, so hot—even now, in September—and sometimes so lonely.

The advent of the fall semester has filled my afternoons again. On Wednesday nights, I sit in a seminar that runs from 6 to 8 p.m. Eastern time. Time passes slowly there, or quickly, ebbing and flowing with student comments and PowerPoint slides. Over the course of the class, I watch the light change in my professor’s room. She flips a lamp on when her sun sets, and I look through my window at the still bright light and the smudge of smoke across the sky.