A Shofar Blast for Justice

A Shofar Blast for Justice 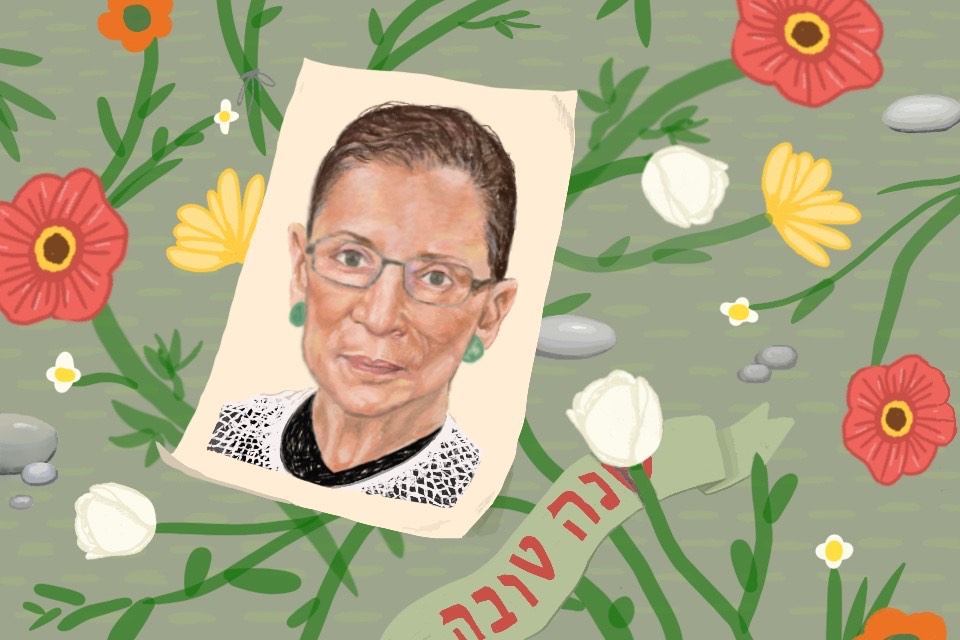 My first Rosh Hashanah away from home and family was supposed to be unremarkable. I planned to be with friends, make some semblance of a holiday dinner, braid my first challah, and FaceTime my parents and brother to wish them a sweet and happy new year. Yet, it was only minutes after hearing the blast of the shofar—the signal that a new year has begun—that I heard the sounds of incoming texts, tweets, and Apple News alerts that would signal the end of an era. All these electronic blasts brought the same news: Ruth Bader Ginsburg, the Supreme Court justice whose shoulders bore the weight of our country’s democracy, had died.

Ginsburg was so much more than an 87-year-old jurist elevated to the Supreme Court—the second woman to have ever held the seat. She was more than the first female professor to receive tenure at Columbia Law School. She was a New York-born, small-framed Jewish woman with might and determination that could not be contained by anything, save for the frailty of the human body. She advocated tirelessly for things that I, another New York-born, small-framed Jewish woman, deeply care about—including gender equity, reproductive healthcare, and pregnancy benefits. All of which is to say, she was my inspiration.

When others spat on tolerance, equality, and freedoms of religion, gender, and race, or conflated their own narrow-minded beliefs with the ideals of America, I found solace in looking to a Jewish woman as a powerful defender of our constitutional rights. To lose Ginsburg on one of the holiest days of the Jewish year felt like a knife in my heart. This deeply personal grief was coupled with the fear that the current administration’s replacement justice would strip away the very freedoms and protections that Ginsburg spent her lifetime to achieve and safeguard.

And so I cried. While the Rosh Hashanah Torah and haftarah portions emphasize the spiritual transformation that comes from crying, my tears did not feel transformative. Instead, they stung of fear, anger, frustration, and despair.

Deflated, I surrendered to my loss of hope, the last threads of which I held onto tightly at the start of the new year. To comfort me, my father shared that in Jewish tradition, those who die on the cusp of Rosh Hashanah are considered to be the most righteous of people, or tzaddik. He added that if Rosh Hashanah falls on Shabbat, as this year’s did, their righteousness is considered even greater. It would only be fitting that if Ginsburg were to pass, it should be on one of the holiest days of the Jewish year.

When a loved one dies, Jews do not leave flowers. We leave stones. Flowers, while beautiful, will eventually wither and die. Stones, like memories, live on forever. Perhaps Ginsburg’s passing on Rosh Hashanah stood as a reminder of her righteousness. But acknowledging her righteousness does not resolve the pain. Ginsburg’s death still stings like an open wound weeks after her passing.

Walking to my apartment Rosh Hashanah morning, I promised to carry her memory with me, honoring her legacy through my own actions. I stopped by Columbia’s campus—comforted by the view of the cobblestone that Ginsburg once walked—and placed a singular stone at the memorial on Low Steps.