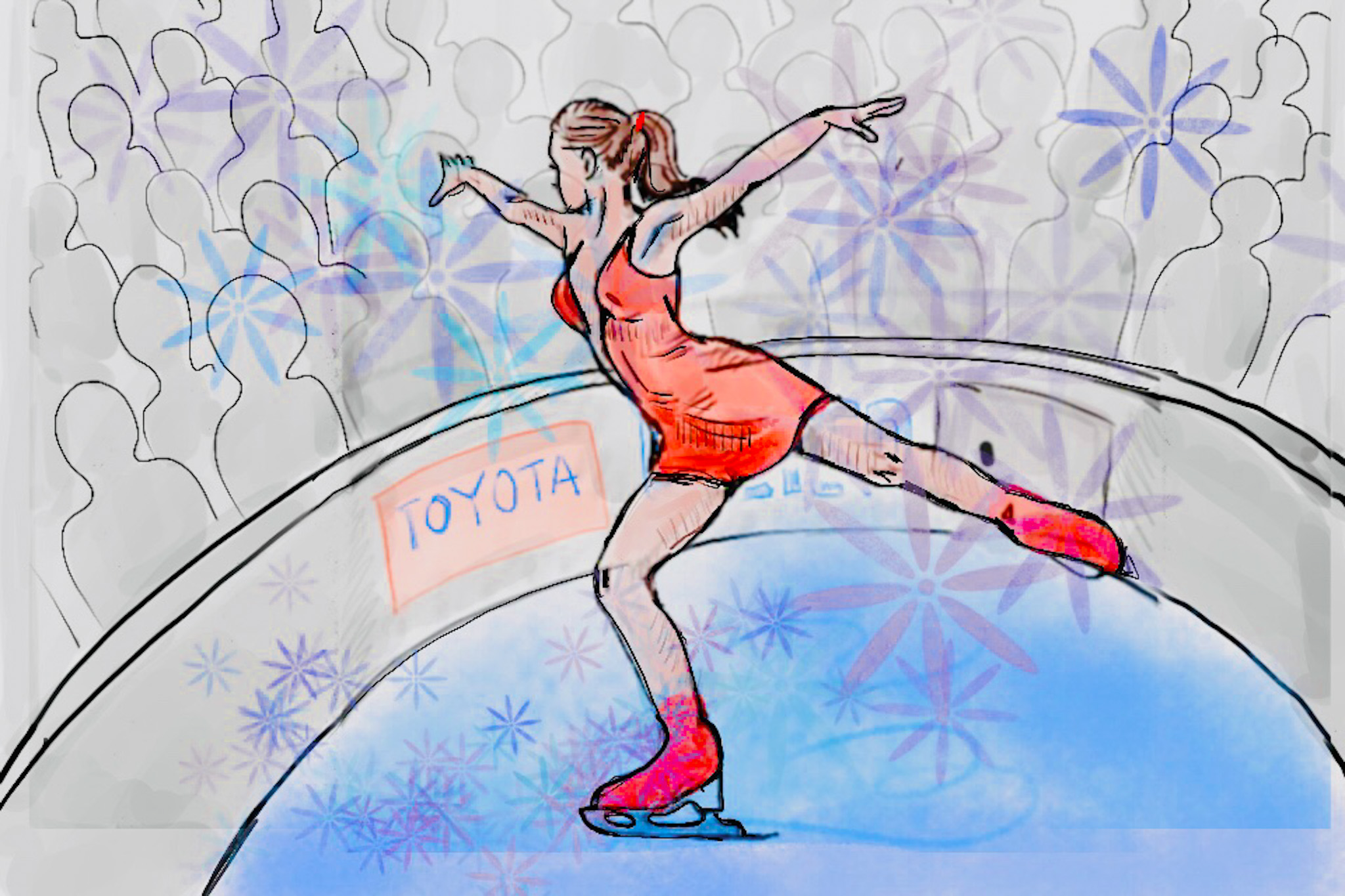 Over the past week or so, with a stomach full of warm dread and a numb mind, I’ve looked several times at a photo on my phone from the night of November 8, 2016: Three friends and I pose, smiling (it was early in the night) somewhere in the middle of a Westin in downtown Denver, the site of several Democratic watch parties.

I’m wearing a grey T-shirt and yoga pants, the same outfit I had worn to figure skating practice earlier that day. Most of my afternoons in high school were spent at one of a few rinks around the city and its suburbs, where I jumped and spun and twizzled for an hour or so between the end of the school day and the beginning of nights devoted to homework.

I loved the sport for the way it made me feel strong and fast and graceful, but I was an aggressively mediocre skater. Skating, like most competitive pursuits, rewards those who start young and get really, really into it. I had done neither, and so I decided to stop the summer before college. It’s funny, now, to be back in my childhood room without the structuring patterns of my adolescence. My skates and a small collection of sparkly dresses languish unused at the back of my closet.

Aside from a few winter days spent at outdoor rinks with my friends and family, my primary mode of engagement with skating during my college years has involved piling a YouTube queue with programs from recent competitions and watching those videos in blocks, often during time nominally scheduled for writing essays or finishing problem sets. At school before the pandemic, I could feel the electricity of the crowd, sense the anxiety of the skater, and pick up on the triumph of a well-landed jump or some flawlessly executed footwork while sitting alone in my dorm room. These athletes are remarkably physically strong—they’re also skilled performers, able to command an audience.

A couple of weeks ago, with a tab of assigned readings open but not yet read and a strong desire to waste time, I searched for videos from the 2020 Skate America. The competition had been held without spectators in an arena in Las Vegas. I watched as Mariah Bell, wrapped in a shimmering, flame-colored dress, tore across the ice. A terrible ABBA medley played over her program. The jumps in Bell’s opening combination—a double axel, then a double toe loop—were high and clean, but no one clapped. The cardboard cutouts in the seats around the arena didn’t cheer; even through my laptop, the atmosphere felt heavy and dead.

At the end of her program, the last chords of “Thank You for the Music” were replaced by canned applause. Bell held up her arms and curtsied to one side of the arena and then the other, as she has likely done at the conclusion of every competition program she’s ever skated. There was no real response—no resounding applause like that she received at the 2017 U.S. Figure Skating Championships. The only audience members were the cutouts of fans, frozen as they held up homemade posters and grinned.

The pandemic has wreaked similar havoc across arenas, wiping out the audience and replacing it with inert models unable to spread or contract a certain virus. Still, the wide white stretch of ice, the scale of the stadium swallowing the small skater whole, hit me especially hard. I’m sure, too, that the pang of despair I felt watching Bell’s lonely bows was exacerbated by the fact that figure skating—not baseball, not basketball, not squash—is the sport I love. After finishing the first video, I closed my computer. In my closet, I could see the outline of my skating bag under a disorderly pile of clothes, waiting, as it has been for years, to get back to the ice.

Inside sit well-worn skating boots, which provoke, as they always have, the feelings of blisters and pinched toes. Now they also conjure two distinct images. The first is of a younger me, the line of my body joyfully extended over the ice (in an outside right spiral, to be specific), finding breath within the crunch of adolescence. The other is of Bell at the end of her winning free skate. She curtsies mechanically, emphasizing the emptiness of the show—one woman acting to a crowd of paper.