The Geographical, Temporal, and Institutional Distance Between International Students and Columbia

The Geographical, Temporal, and Institutional Distance Between International Students and Columbia 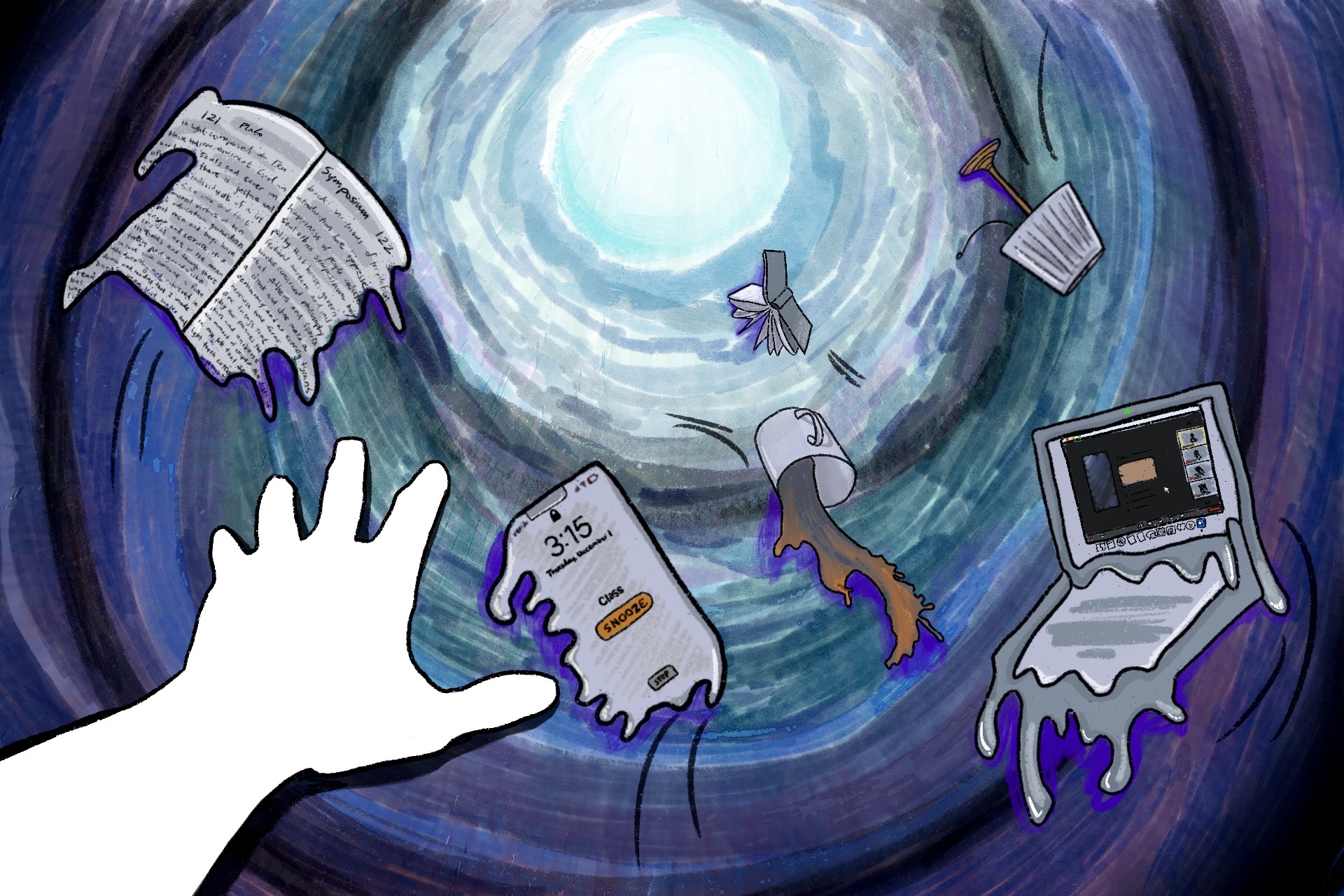 At 9:30 p.m. in Seoul, South Korea, the sun has long set, and Erin Chung’s parents prepare for bed. But for the Columbia College first-year, who woke up only a few hours ago, the day is just beginning.

On Mondays and Wednesdays, Chung’s academic schedule—University Writing, Art Humanities, and Calculus I—starts at 9:40 p.m. and ends at 5:00 a.m., the next morning. Only as the dawn begins to break does she go to sleep.

Fourteen hours ahead of New York’s time zone, Chung has entirely changed her lifestyle to accommodate attending an American institution—one that, like many first-year Columbia students living internationally, Chung has never visited.

Columbia’s August 14 announcement that all undergraduate classes would take place entirely online and a large majority of first-years’ housing applications would be canceled has forced many international students to stay at home and adapt to intense remote learning schedules.

Like many other students in vastly different time zones, Chung has found it hard to adjust her lifestyle to Eastern Standard Time. And, as international first-year students grapple with classes at odd hours, sleep deprivation, and isolation from friends and student groups, they have found little support or alternatives to the obstacles of the remote semester.

While Columbia has recommended that professors consider the limits of international students and offered resources to assist instructors in the transition to online learning, the University has not instituted any policies that require professors to provide asynchronous options for students living in different time zones.

Meanwhile, international students have faced waves of uncertainty with ever-changing visa policies that bring into question the future of their academic life at the University.

While returning international students may have preexisting I-20 visas that allow them to enter the United States to study, new international students cannot procure an I-20 without planning to enroll in at least one in-person class—an option Columbia, along with many universities across the nation, has not given new students this year.

Moreover, closures of U.S. embassies in many countries due to the pandemic have also made it impossible for first-years to schedule an appointment to apply for a visa. In mainland China, the number of student visas issued in May of 2019 was 20,871; in May of 2020, it plummeted to 7.

Without the option of returning to campus—both due to visa policies and the lack of in-person classes—many international students had no choice but to remain at home and attend school remotely, however drastic the time difference may have been.

Attending school online, international students face two scenarios. Some students are required to attend their classes synchronously, braving the late hours of the night to attend school while upsetting their pre-existing schedules. “My routine is just completely opposite to my family’s,” Chung says. “Most things I do, or whenever I’m awake, my family is not. And I feel like that’s not really very healthy for me.”

Other students attend class asynchronously by watching pre-recorded lecture videos. But some believe this allowance is a Band-Aid on a bullet wound. While students might be able to sleep at more regular hours, they miss out on other aspects of classroom life, like participating in clubs or meeting up virtually to make connections with other students.

“It’s isolating to not be in class at the same time to discuss [material] with friends,” says Hanif Adzmir, a School of Engineering and Applied Science first-year currently studying in Sabah, Malaysia.

While students in more favorable time zones are able to interact with one another and bond, albeit online, international students may miss that opportunity. “I think the most important thing about college life is to get a sense of identity—about who you are at Columbia, where you stand in the community. But that’s something I haven’t actually felt at all,” Adzmir says.

Adzmir says his position at Columbia feels like a “weird middle ground” between his old and new lives. Because he has remained in Malaysia this fall, his primary friend group consists of old friends from high school, not his peers at Columbia. 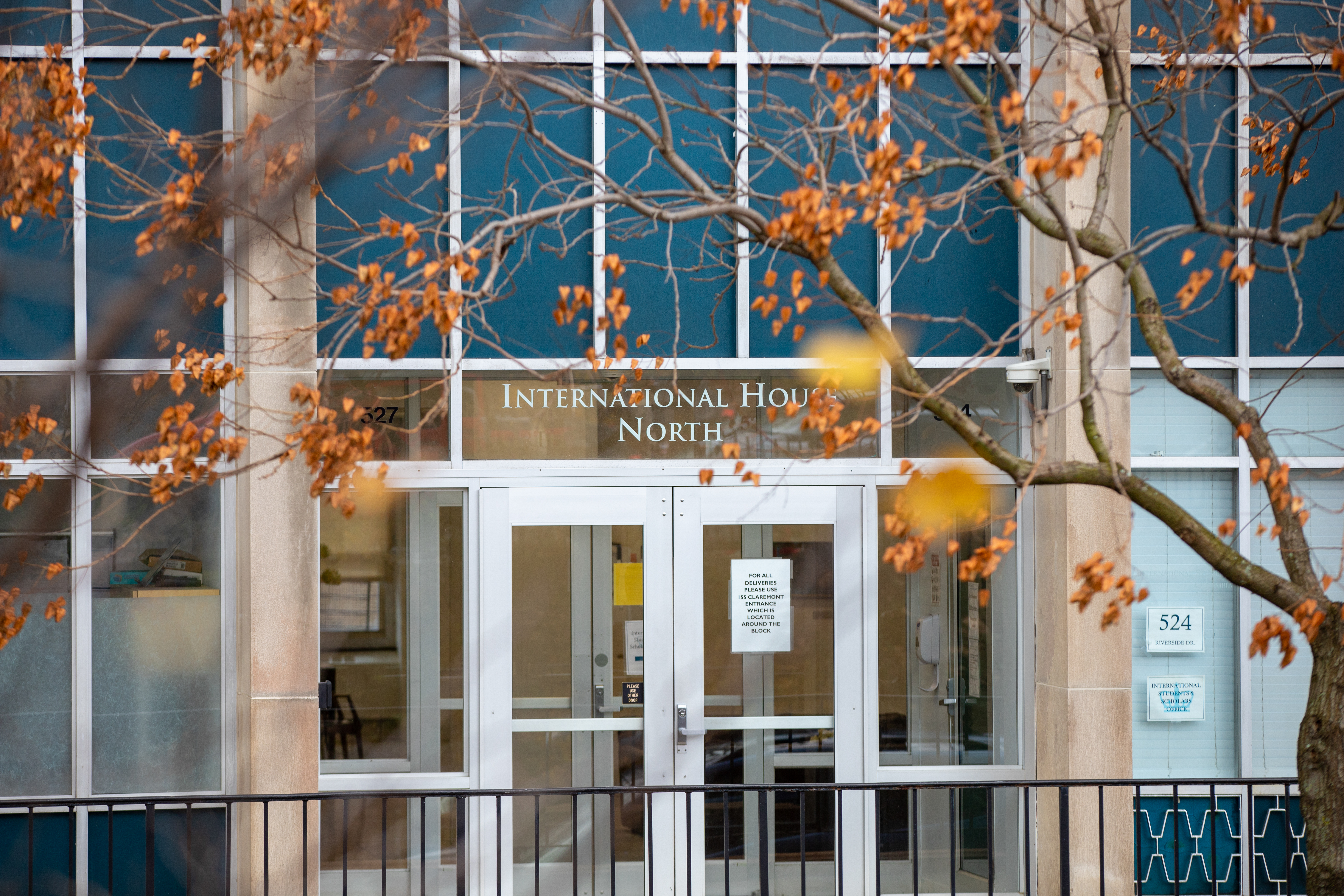 The unique challenges faced by international first-years in the classroom similarly extends to extracurriculars.

“I’ve deliberately chosen to not participate in lots of events,” Adzmir says, “even though it’s something that sparks my interest.” Adzmir had hoped to get involved with Columbia’s First-generation and/or Low Income group and Earth and Environmental Engineering programming, but he could not justify attending meetings held at 3 a.m. in his time zone.

According to Kathleen Taylor, a lecturer of psychology at Barnard, circadian rhythms are especially important in regulating body temperature, activity levels, sleeping, waking, and eating.

“Our bodies learn a new time zone when we eat meals,” Taylor says, but even regular meal hours prove impossible for many international students because nighttime classes are not spread out evenly throughout the week.

Taylor also warns that a disrupted circadian rhythm would negatively impact study efficiency: “Your mental processes aren’t working as quickly. You may feel foggy and tired—nobody is working up to their full potential [under such circumstances].”

With the potential of another remote semester this spring, international students have continued pushing for Columbia to institute policies that address significant obstacles to their academic experience. In the meantime, students have found themselves responsible for requesting accommodations.

Columbia has asked instructors to be mindful of the challenges international students face. For aid, teaching faculty can access a couple of online resources hosted by Columbia’s Center for Teaching and Learning, titled “Asynchronous Learning Across Time Zones” and “Inclusive Teaching and Learning Online.”

But teaching faculty are currently not required to offer asynchronous learning options.

Some professors, students report, have been quite lenient. For instance, professors have created special sections at more convenient times for students in different time zones.

Yet with stricter professors that require synchronous attendance or classes such as seminars that require attendance at specific times, students have been left with a tough choice: reverse their own schedules to attend classes at unfavorable times, or miss classes and risk possible losses in participation scores.

“I feel like my professors have been more than accommodating,” Adzmir says. “But for the system as a whole, everything feels so detached.”

Over the last few weeks, the ISAB launched a survey to international students in order to collect data on the various learning situations that they face. It is unclear if and when the data will be released, but the board aims to generate a report to advocate on behalf of international students.

President Bollinger announced on November 17 that only seniors and some juniors would be allowed to return to campus. For another semester, international students—especially first-years—may be left taking classes in the dark.

Looking ahead to the near future, however, a saving grace for Adzmir is simply “knowing that this semester will end soon.”