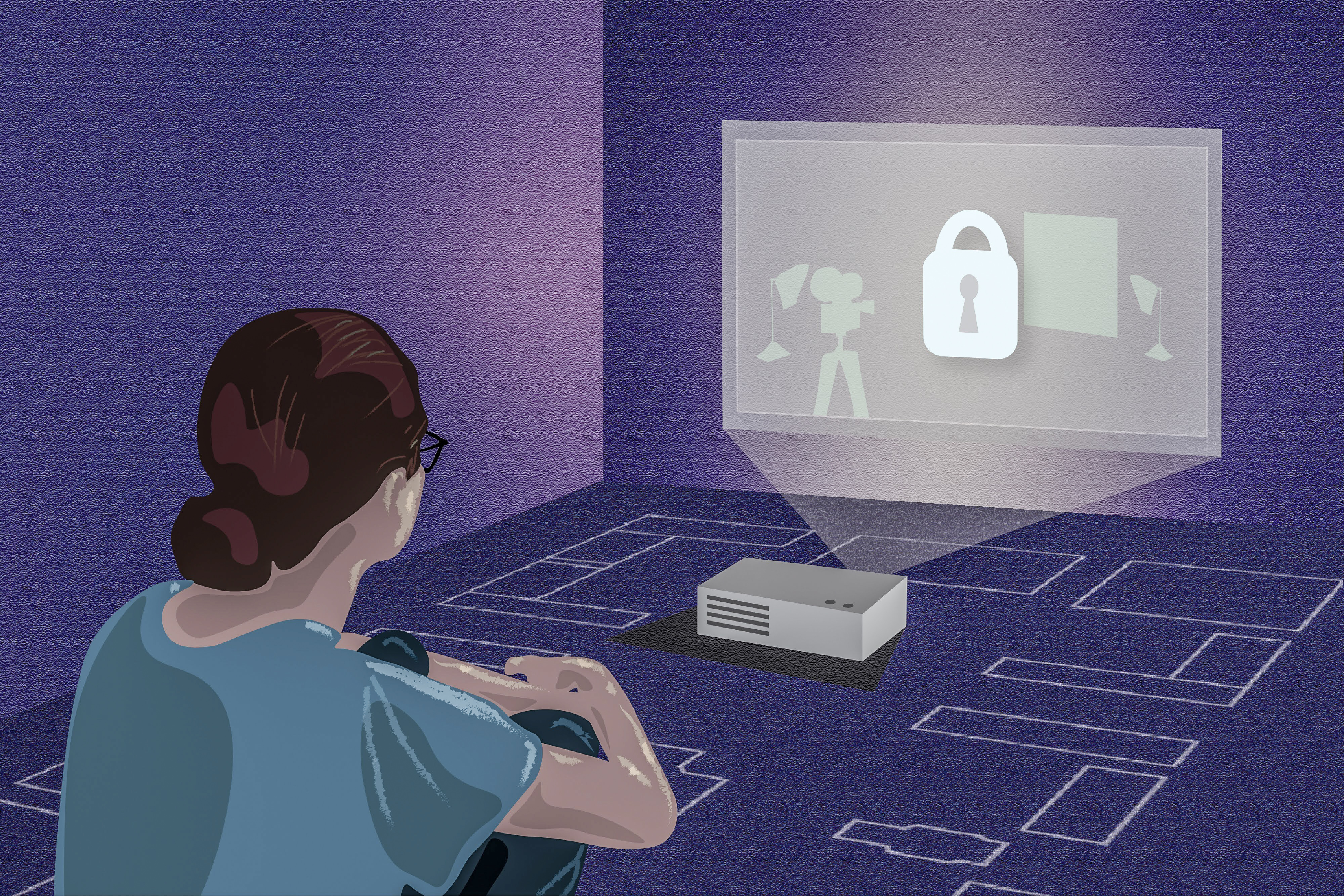 Columbia School of the Arts promotes its film master’s degree program with a skillfully produced trailer that offers a seductive sales pitch to prospective applicants. The school boasts that students’ films play at “every major film festival you can think of: Telluride, Berlin, South by Southwest and Tribeca, Cannes.” Deans and professors tout the program’s focus on practical training and portfolio development set students up for industry success: The school proudly announces that students are “making things from the first day they come here and they’re making things as they walk out the door.”

Above all, the trailer stresses that students continue collaborating and connecting after they receive their degrees. “The key thing in a film program is the community of filmmakers … all collaborating together” and “pulling each other onto jobs” once they enter the profession, the trailer says. When Columbia film students enroll, this is the experience that they sign up for.

But the pandemic and Columbia’s response has upended that vision. While students across Columbia’s schools are frustrated with the shift to remote learning, film students have been hit particularly hard. Unlike a strictly academic program that can be adapted to fit remote learning, the film school relies on hands-on training and in-person experiences. After almost two semesters of online learning, students have

limited access to equipment, collaboration with peers, and the actual process of filming simply cannot be replicated in a digital space.

Film schools across the country have taken vastly different approaches to how they adapt to COVID-19 restrictions. The American Film Institute Conservatory, a graduate film school in Los Angeles, for example, developed thorough guidelines that allow it to continue providing equipment and socially distanced film sets for its students.

Columbia, however, went in a completely different direction.

When the pandemic first hit, Columbia’s buildings closed indefinitely, including the Nash Building, which houses the film equipment Master of Fine Arts students use for production. For months, students had no access to essential filmmaking equipment from the University.

This semester, the film school reopened that facility at limited capacity, allowing students living in the New York City area to borrow cameras, lights, and other crucial resources. But other barriers to filmmaking remain. Columbia opted against providing COVID-19-safe film sets like some of its film school counterparts; instead, students in the United States are only permitted to film inside property owned or rented by a member of the cast or crew , however small or poorly ventilated they may be. For some students, that restriction renders filming impossible.

At the same time, the University increased the program’s tuition from $68,759 to $71,040. The school offers limited need-based scholarships, and there are no policies that allow for students to take a voluntary leave of absence. While there was an increase in the master’s program tuition, all Columbia and Barnard undergraduates saw a tuition freeze for the 2020-2021 school year. Those students also received a rebate on their Morningside Heights or Student Life fee, of about $144.

In a statement to Spectator, a University spokesperson stated that “The School of the Arts has taken extraordinary steps to support students pursuing an MFA in filmmaking.” In addition to citing general emergency grants for graduate students and access to University COVID-19 testing, the statement referenced an additional stipend offered to film students to help cover production costs. There was no statement provided as to why the program saw an increase in tuition.

But some students say it has not been enough. That particular stipend was announced in early December and provides a maximum of $2,000 for thesis films, which typically cost upward of $25,000. With limited options to work on their projects, students worry about what the University’s response will mean for their educational experience and career prospects.

“I came to make films and I can’t do that,” creative producing candidate Donovan Tolledo says. “That’s the only reason why I’m here and paying far more than all these other schools.”

Masters of Fine Arts programs at the School of the Arts generally follow a conservatory model, meaning that actual artistic practice, including filmmaking, acting, and visual art, is the core component of the curriculum, more so than history and theory—topics much more easily adapted to remote learning. Columbia has faced criticism for its attempts to adapt fine arts programs to the COVID-19-safe world since the outset of the pandemic.

Last March, more than 80 undergraduate and master’s students in the visual arts programs wrote a letter of protest to University President Lee Bollinger and visual arts department heads decrying many similar issues to what film students have identified. They called for a tuition refund and for the School to halt remote visual art classes. None of these demands were met.

As an aspiring producer, Tolledo was particularly drawn to Columbia’s hands-on approach. Unlike other film production master’s programs, Columbia’s expands beyond business and financial skills associated with the role of a producer. He was eager to learn how to engage with the creative side of filmmaking and take courses that taught him the ropes of directing and screenwriting. With such expansive training, he hoped to produce the thoughtful Asian American stories he so lacked in his youth.

The final project after the first two years as a master’s student, called the “courseworks years,” is an eight- to 12-minute short film. Most of this year’s projects have been postponed or severely limited. Ordinarily, master’s students would already collaborate in classes and build a team of collaborators for their culminating projects.

Tolledo isn’t making a short film this year. He is stuck in his hometown of Chicago, almost 800 miles from the equipment he would normally be able to access as a Columbia film student. His only other option under Phase I production restrictions would be to pay for cameras and lighting himself.

“They said you can use your own equipment … [but] I don’t have any money,” Tolledo says. “I’m going to use my phone and the quality of what I’m going to do is essentially a TikTok video.”

The restrictions also require productions to take place at an “at-home” location owned or rented by a member of the cast or crew. Sets are limited to six people including an approved health and safety manager, whom the production team is responsible for finding on their own.

To Tolledo, these restrictions make little sense; if anything, they curtail relatively safe methods of filming, but allow higher-risk activities. Filming in a cramped apartment without enough room for minimum social distancing is permitted, but shooting in an open forest is forbidden. The restrictions also create an accessibility issue: Students with large residences or the financial means to rent spaces have more opportunities to create a compelling film than those in smaller spaces. With COVID-19 more likely to spread in a confined setting, Tolledo questions whether it is worth risking his health to create a film in his Chicago apartment.

Tolledo also saw his “eight-to-12” as the opportunity to access the training and collaborators that he could apply to his thesis film; without it, he worries that he will not be able to find a crew to depend on. Moreover, the shift to remote learning means he is neither in the room learning how to work with film equipment, nor is he learning to work with actors or directors.

“By the time [we start] the thesis films next year, we won’t have the actual practice on set to actually do it,” Tolledo says.

Students in their thesis years, during which they put their knowledge to use and build film portfolios, face even larger hurdles when mounting productions.

The School of Arts created the option of a virtual thesis in which students outline their process for what would otherwise be a fully-fledged film; as part of this process, they mock up shooting plans, estimated budgets, and storyboards. In practice, students say this adaptation reduces the thesis project to a film proposal, which means that many third- and fourth-years will leave Columbia without the films they came to make. They are also missing the opportunities to take these films to global festivals where they are ultimately picked up for distribution, something many considered a crucial component of their film school experience.

With such a gap between students’ abilities to secure equipment or film in their personal residence, the difference between making a film this year or settling for a virtual adaptation often comes down to how much money they can spend on top of tuition and living expenses.

“Imagine a world where only rich people could make art. Is this the world that Columbia wants?” Munir Atalla, a second-year creative production student, asks. “Should only people with access to resources be allowed to make film?”

This is not the first time the School of Arts has come under fire for issues with accessibility.

“The issues of the program being sexist, classist, racist, etc.—those things have been raised by students and classes before us and things that our class has organized around pre-pandemic,” Atalla says. “But this pandemic has definitely exacerbated those issues.”

In 2018, students in the School of the Arts’ visual arts programs demanded full refunds and spoke out about decrepit studio spaces in Prentis Hall and prestigious faculty members who were mysteriously absent from teaching roles. Earlier that year, a photography professor resigned amid allegations of sexual misconduct. John Coatsworth, the University provost at the time, acknowledged that the quality of the program was a “disgrace.” Despite this, the University opted against returning or reducing students’ tuition.

When Jackie Todd, a third-year producing student, needed an unexpected surgery last summer, tuition was a considerable burden on top of her medical bills, leaving her anxious about her future financial situation.

Despite coming to Columbia to create films, Todd admits that the fact that production is nearly impossible has provided her financial relief. “[The administration] is not really willing to bend and work with students to make a plan that is more financially reasonable for them. For me, not making a film this year is great, because then I wouldn’t have to spend money on it,” Todd says.

“We’re listening to our students and what they want to talk about” is one of the closing lines to the school’s trailer. It’s a glittering promise that Columbia will stand by your side.